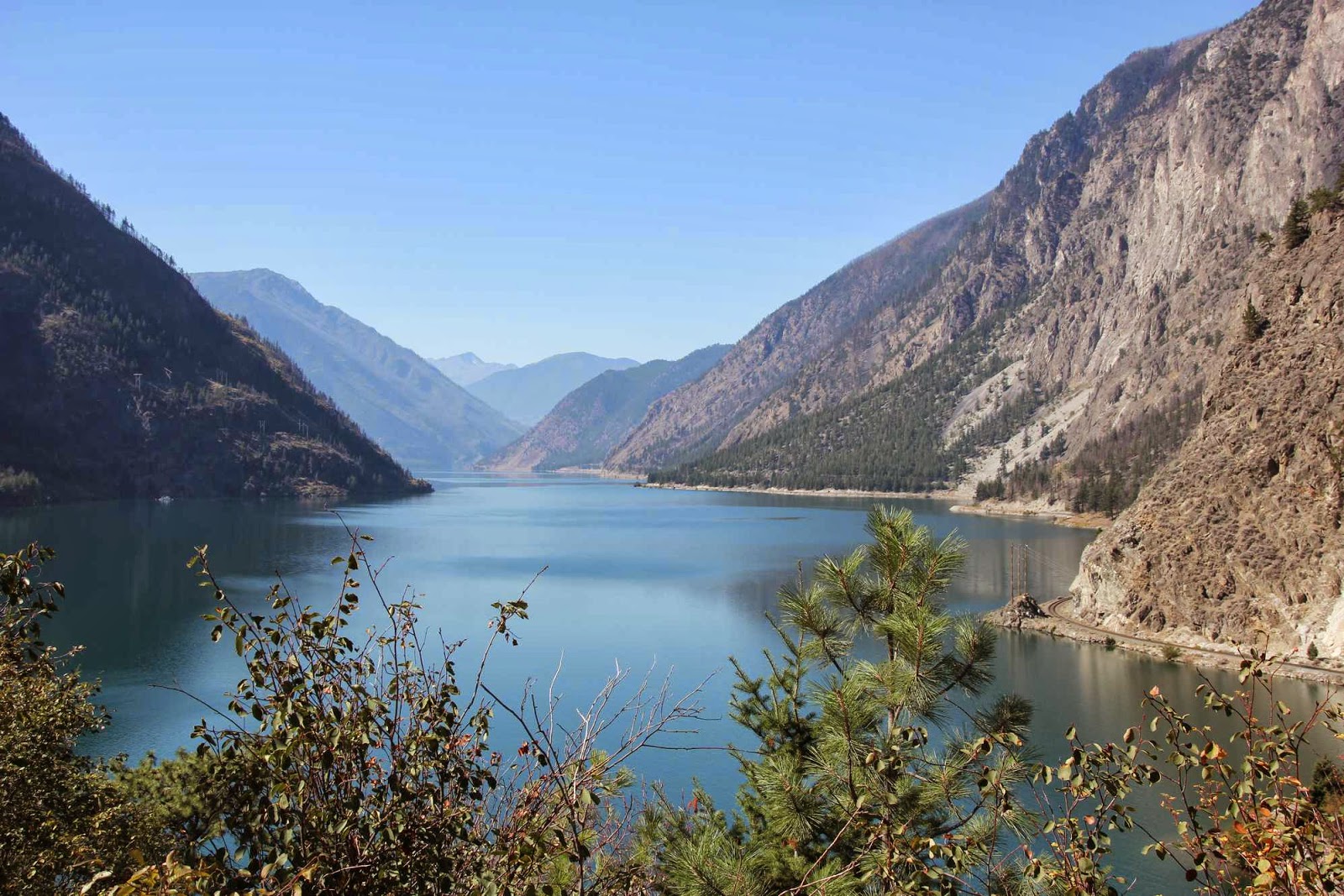 Seton Lake, near Lillooet BC

I had a couple of vacation days left and I thought about riding to a close destination for one final camping weekend.   I decided upon Lillooet BC    Upon checking the internet for camping options I came across what I imagined to be a great location, on a sandy beach by the Fraser River.   I mean look at  click this , and for a back up location there was   this2 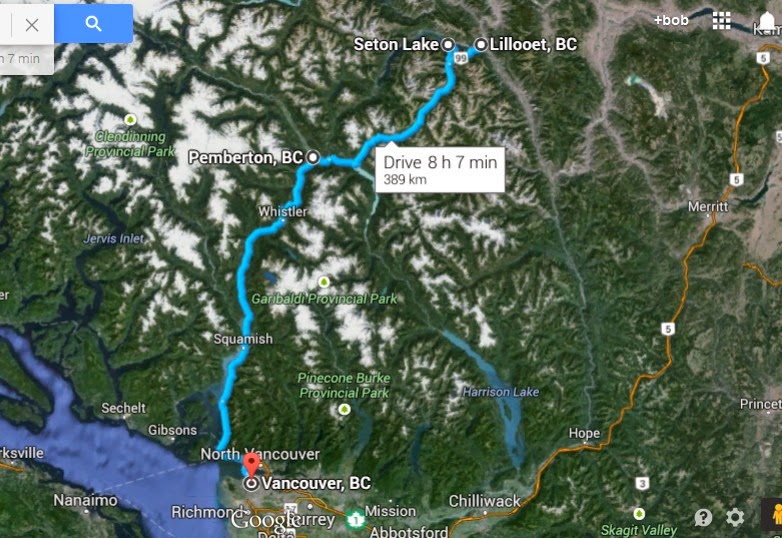 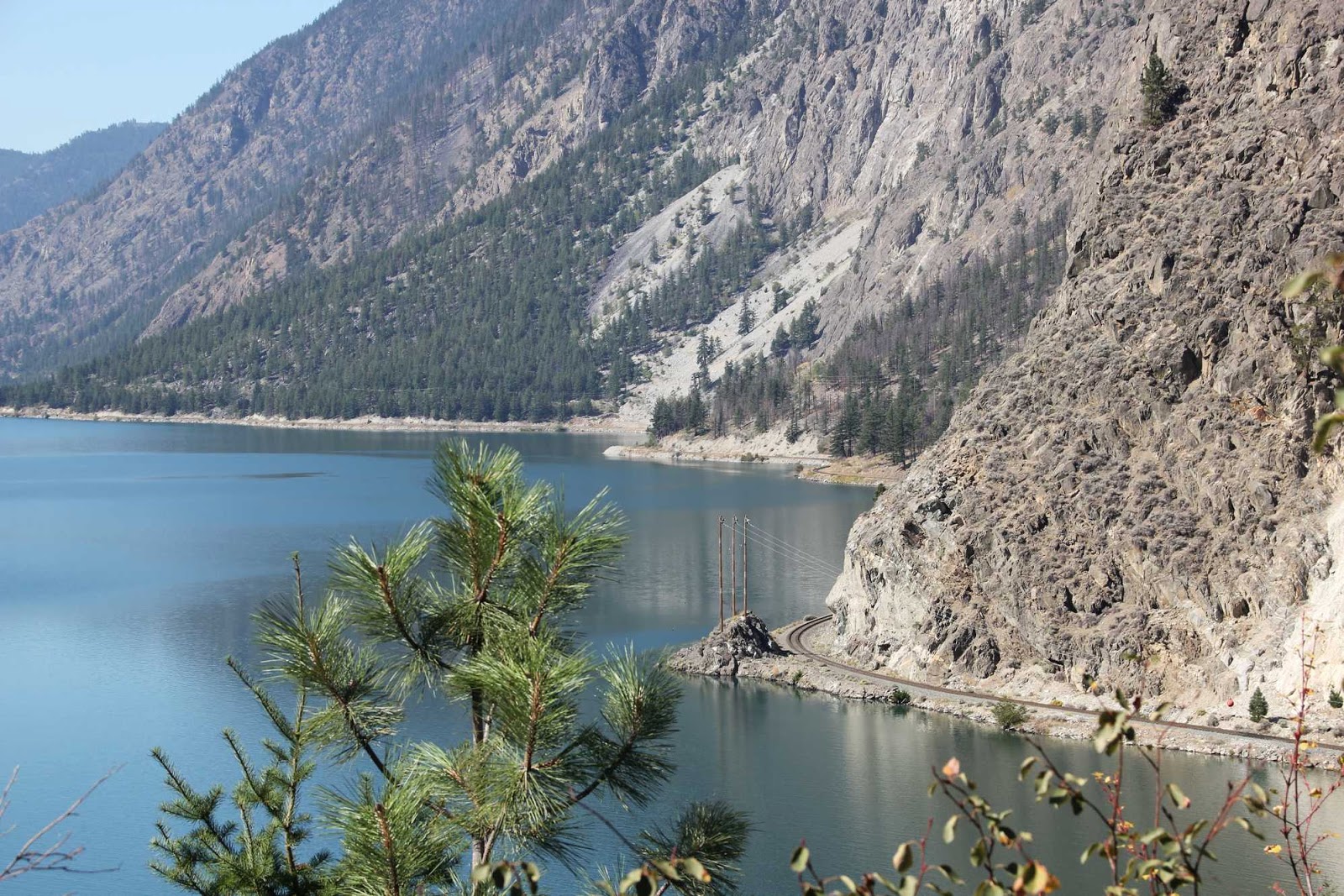 It is much hotter on the east side of the mountains and the temperatures average 10-15°F higher than on the Coast.   You can tell from the change in landscape to a more arrid, desert area and this day was HOT. 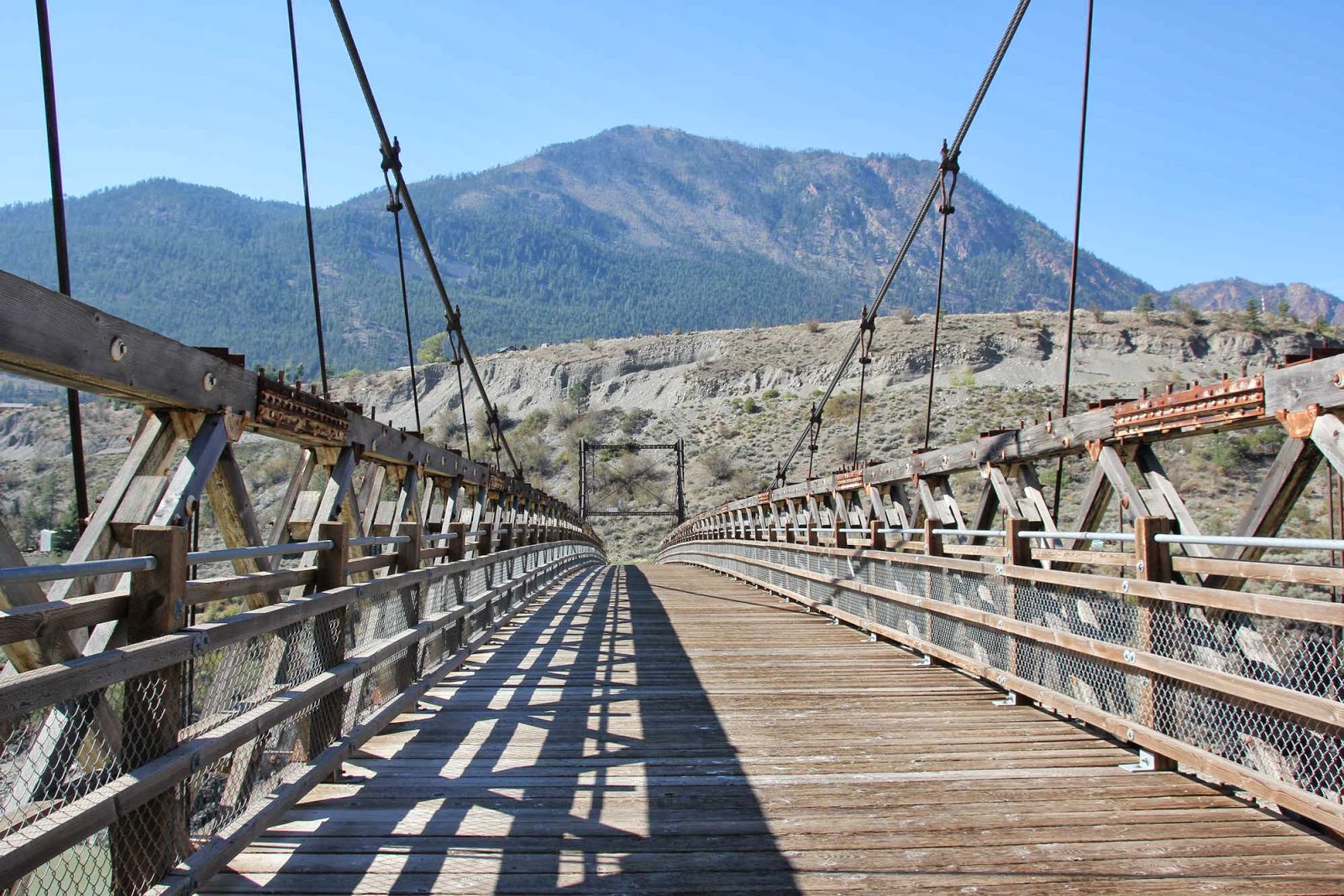 I headed to the Old Suspension Bridge  (info here)    Access to this bridge is a gravel packed side road down the side of a hill and access to the campsite looked too difficult for me as it was steep but it was along the same road. 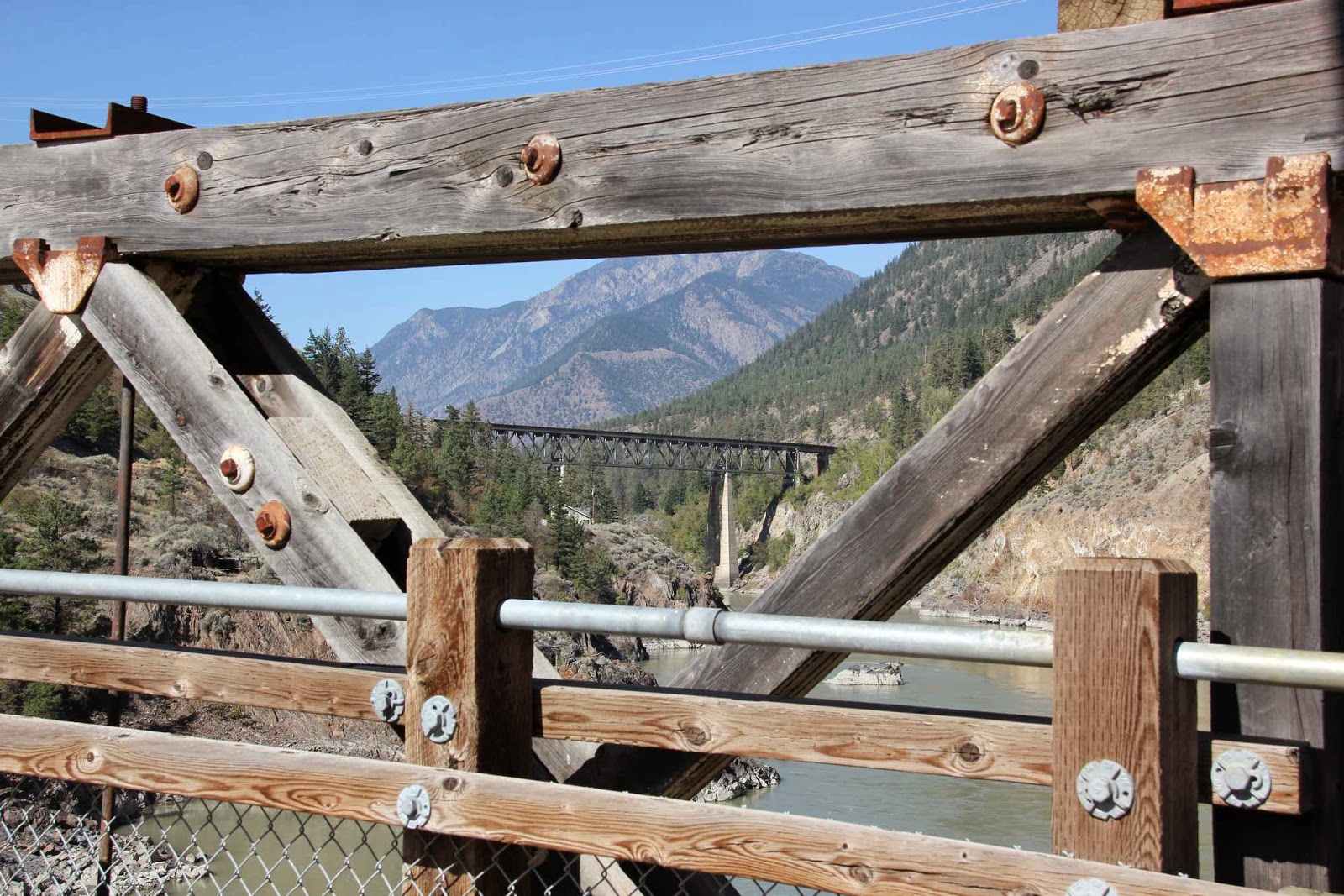 I decided to strip off my riding gear and snap a few photos of the bridge.   That trestle in the background goes to Carpenter Lake and Seton Portage 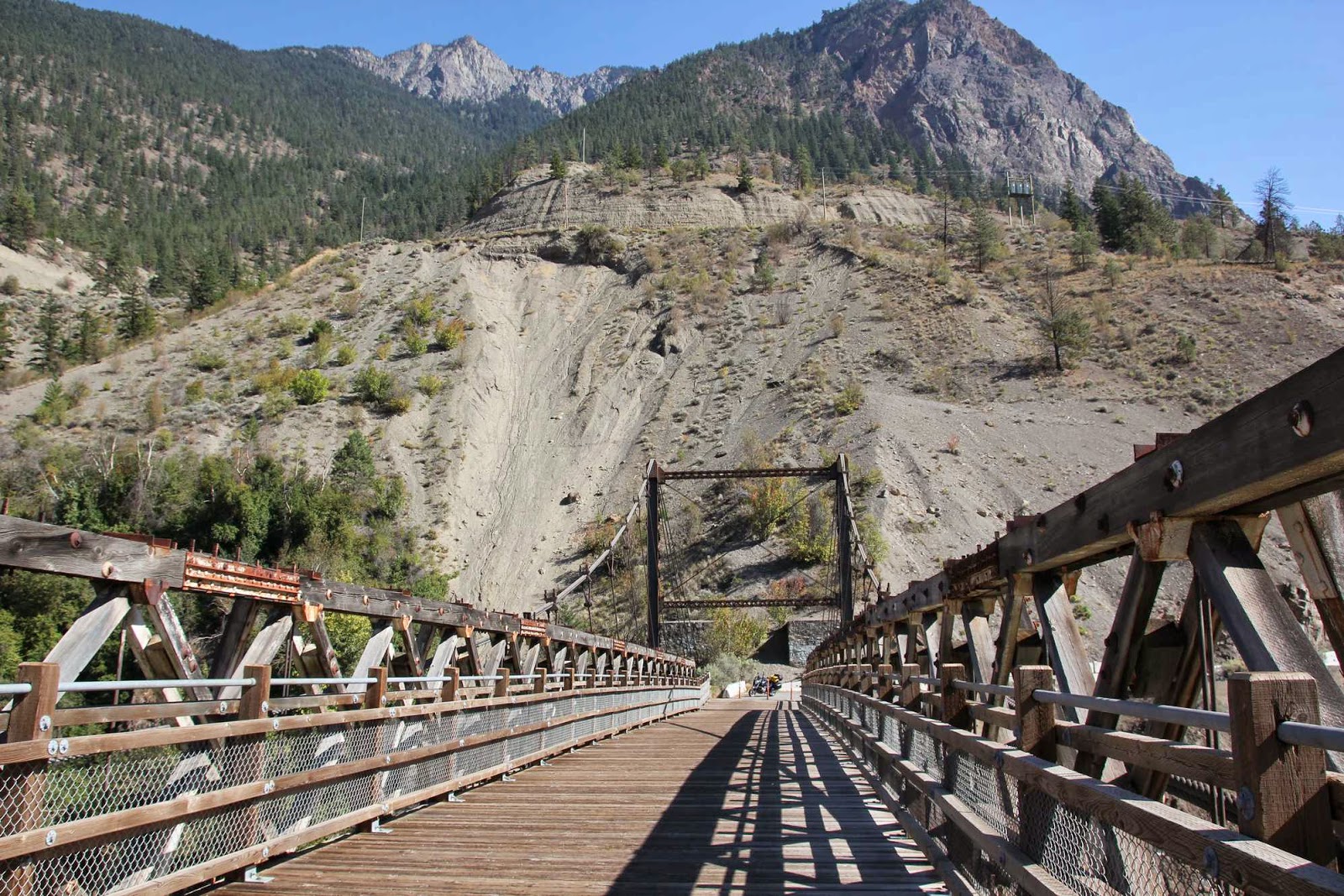 I was here many years ago before they refurbished this Bridge,  which is known as THE BRIDGE to the locals.  It now has new decking and crossmembers but only pedestrian traffic is allowed 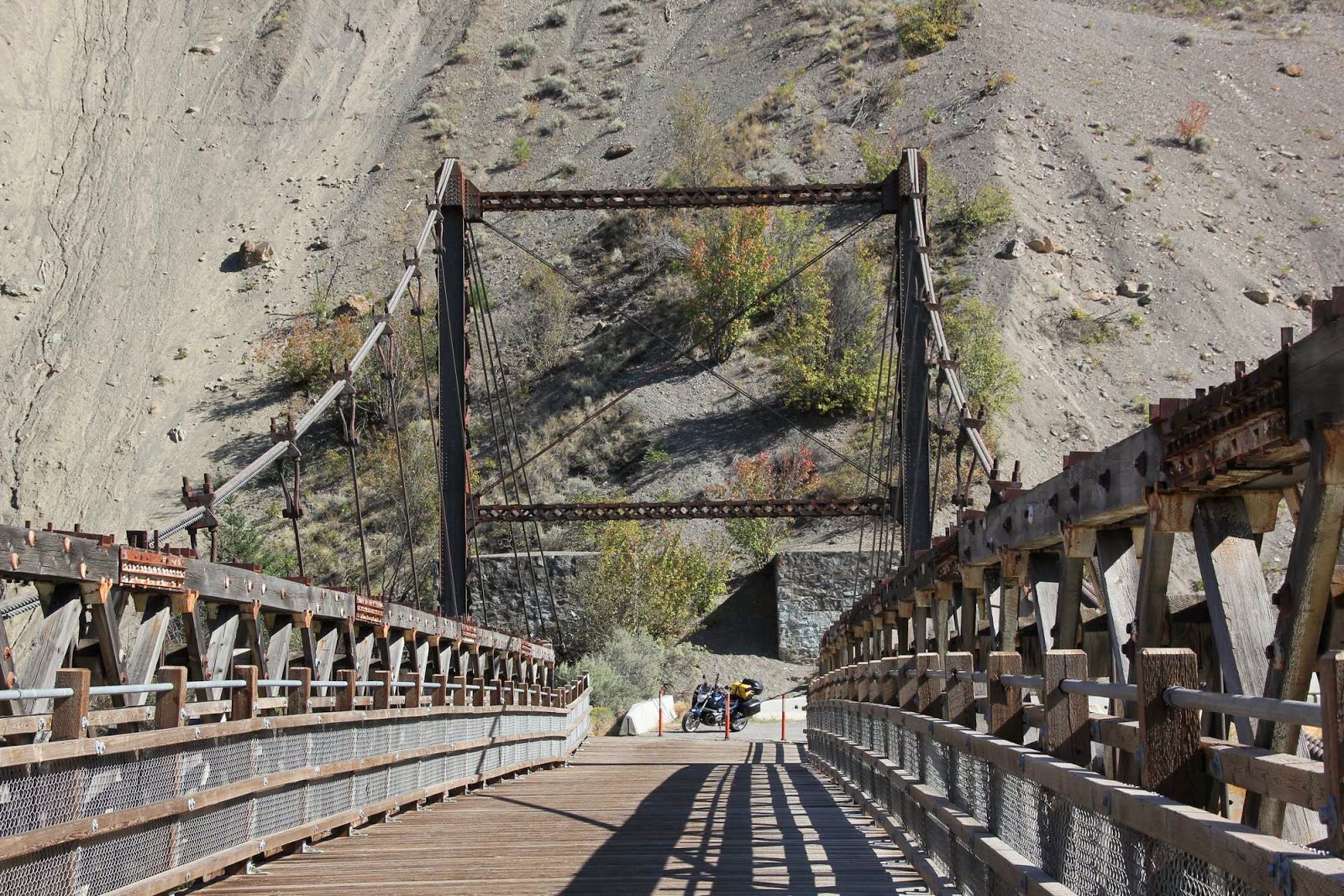 I am tring to find the best angle, and of course include a photo of my trusty bike too 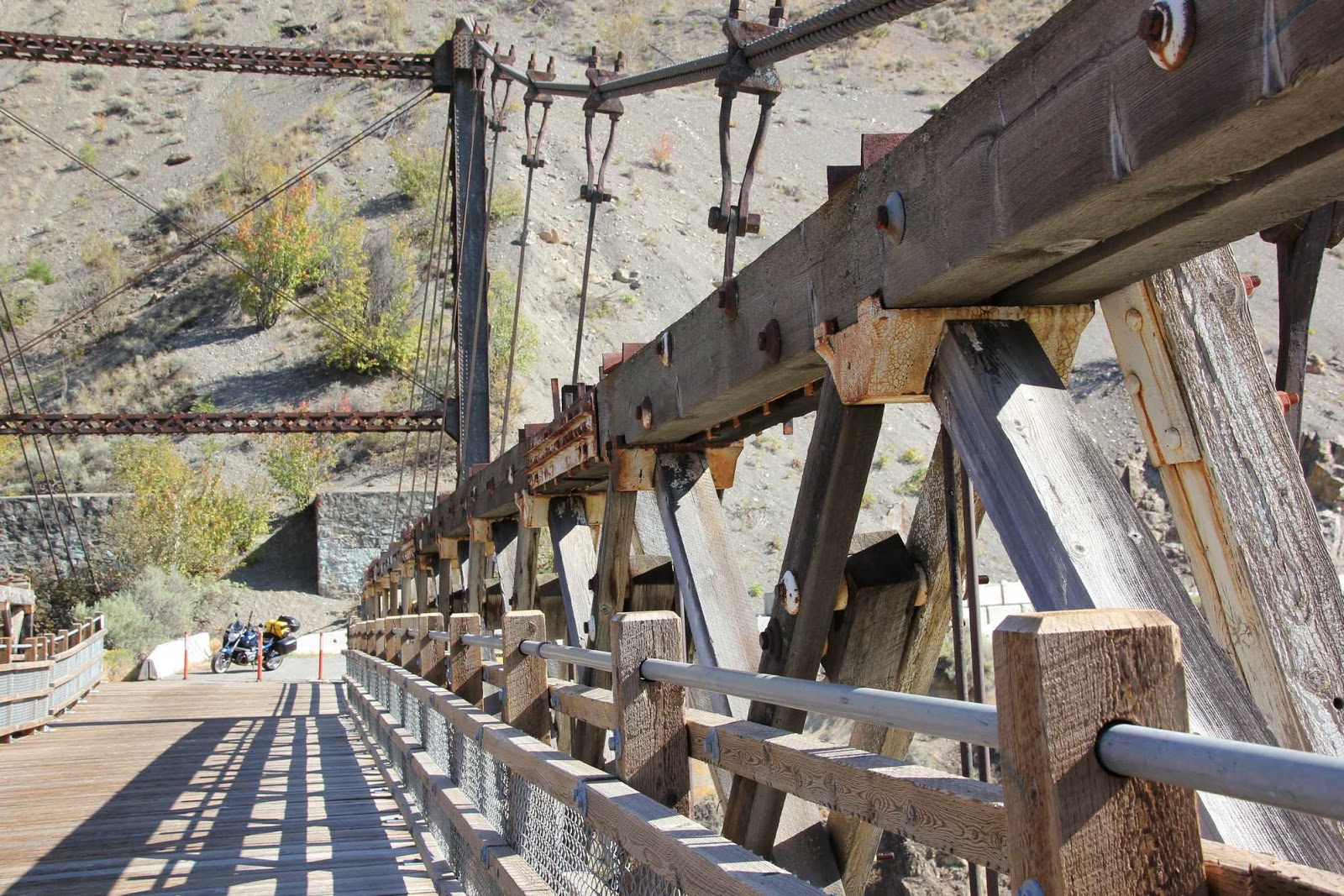 This Bridge spans the Fraser River and if you look South, you can see the Fraser Cove Campground  on the left.   I was imagining my tent set up on the sandy beach and hearing the sounds of the rushing water whilst waiting for morning . . . 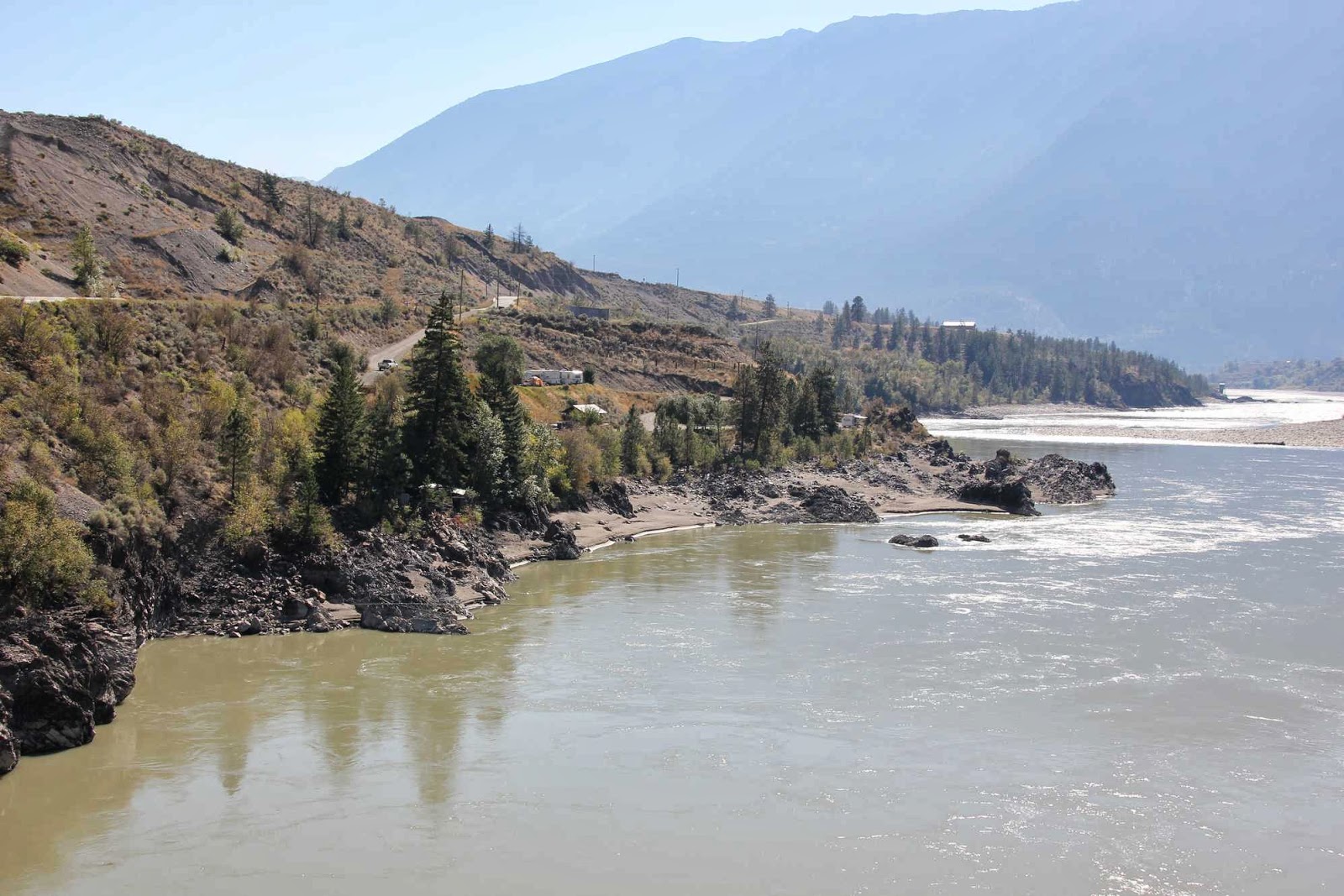 Notice the access road coming down the hill.   It is steeper than it appears.  The campground is perched on a flat landing just above the river.  Here is a closer view 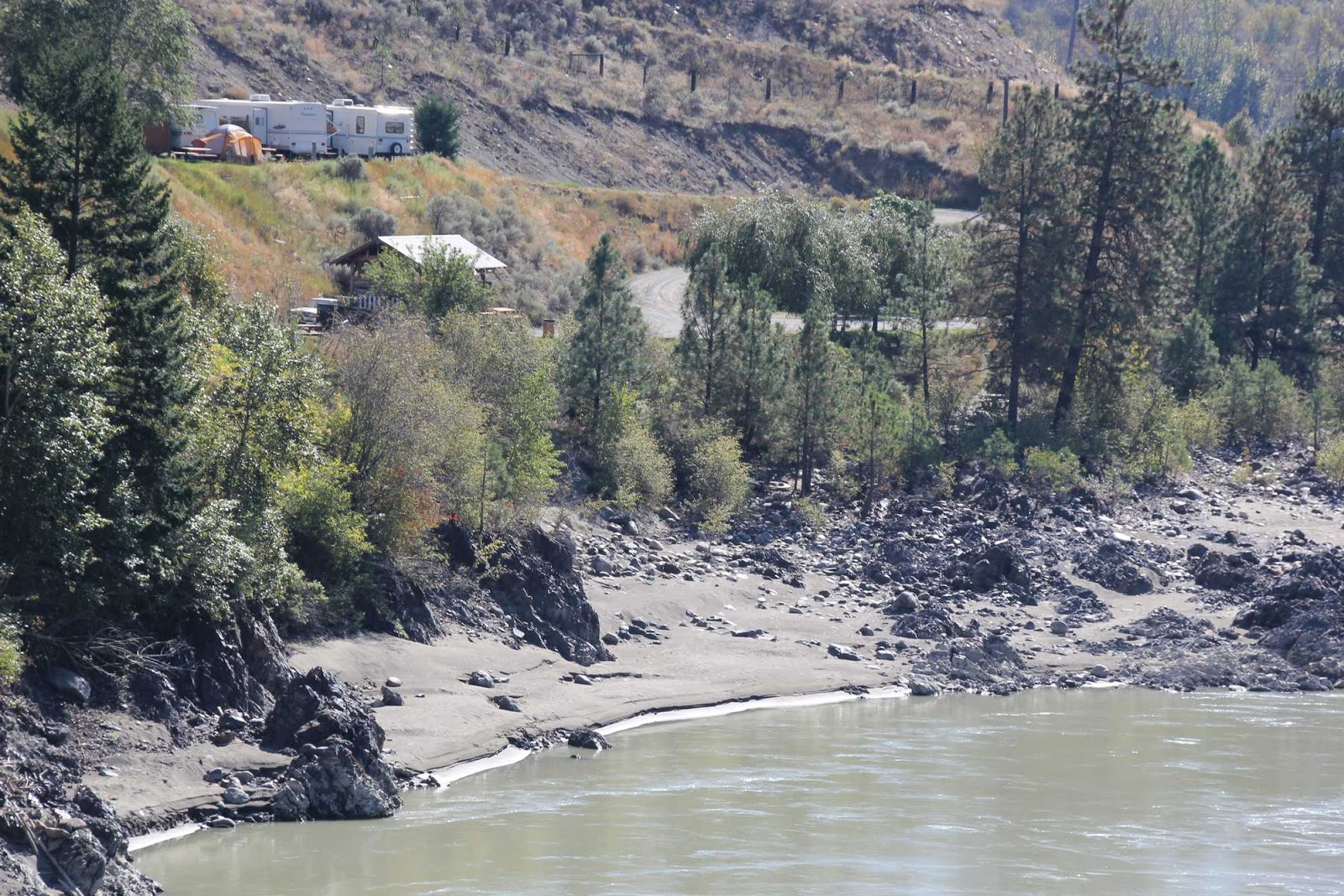 The last two switchbacks are gravel as you head down.   I eventually rode down that road going very slowly  only using my rear brakes . . .  and I made it down and then back up but I decided it was to daring for me so I stayed at the Cayoosh Creek Campground  instead, which is operated by the District of Lillooet 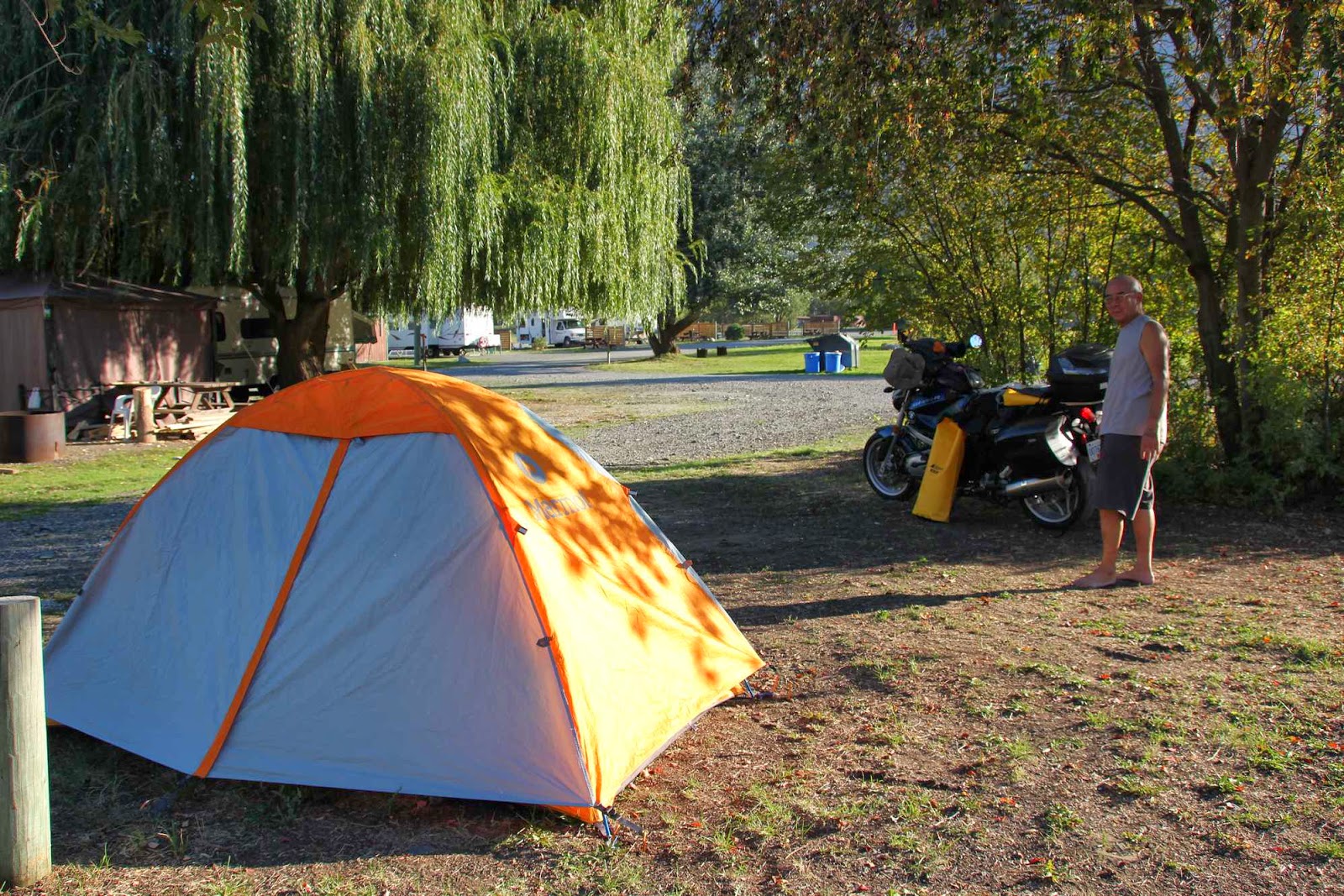 It seemed like I was the only one there but later on I met two others when they returned to camp.  It was nice to set up early and just enjoy the heat of the sun before it turned to night

The next day I headed to Lytton BC  (info here) 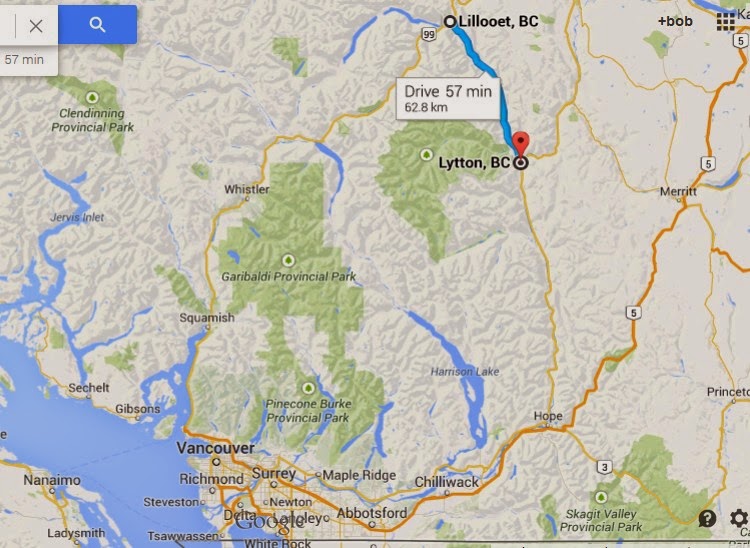 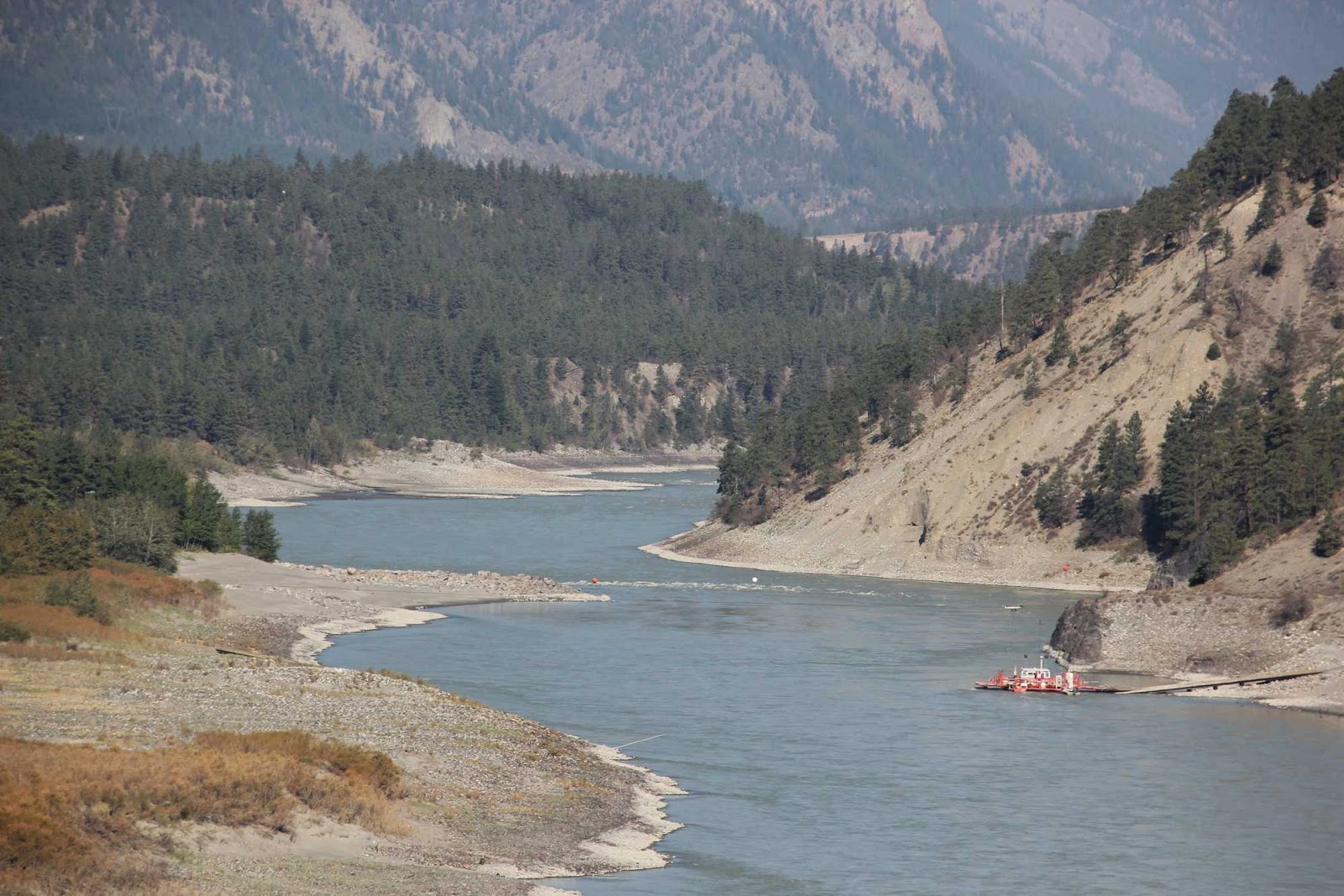 That is a reaction ferry.  It probably holds two cars.   There are cables to secure it to both sides of the river and a rudder which the current of the fast flowing water of the Fraser River is used to move the ferry from side to side (using only water power)