A difference a week makes 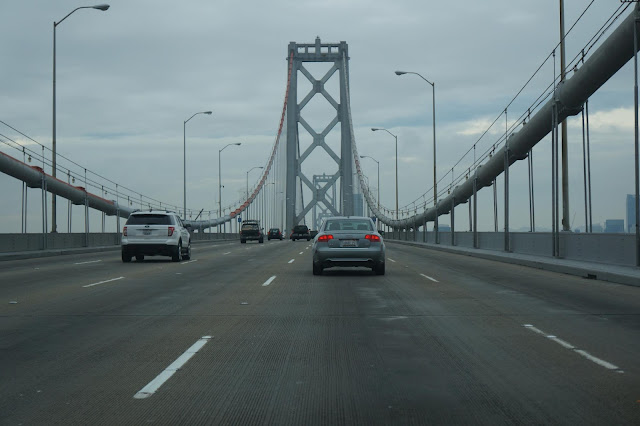 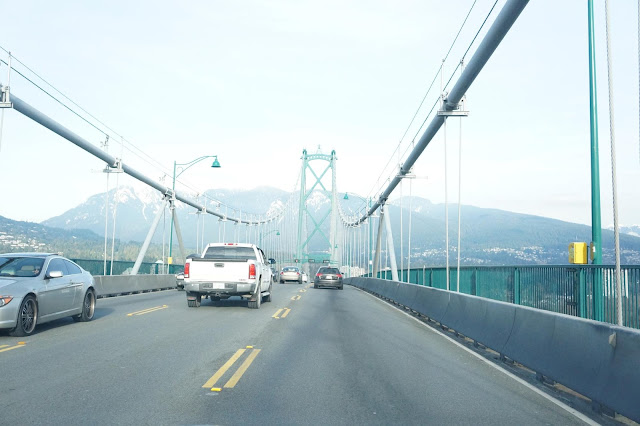 Here is our anemic 3 lane bridge.  There is normally one lane for each direction and the middle changes depending upon how backed up it is.  Today we have two lanes heading North.

This morning it started out at -5°c and it was only a degree or two above freezing all day.  When the sun comes out we are able to see snow on our local mountains 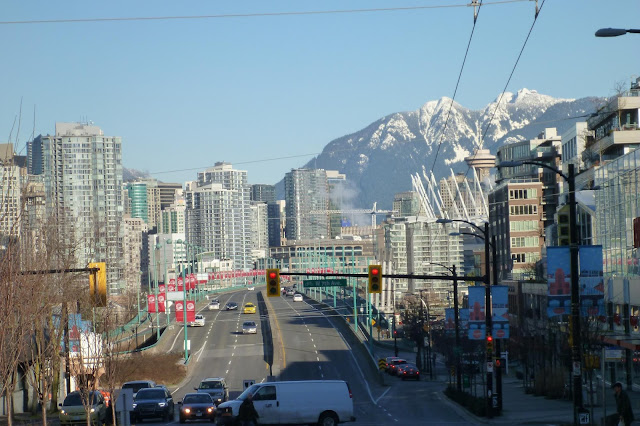 Vancouver is surrounded by mountains on our North and by Water on the West.   Our Downtown area is nearly an island attached to land only on the East which means having to drive over a bridge or two which adds to our congestion.  In the past I have given you many photos of False Creek, today I will show you our Inner Harbour. 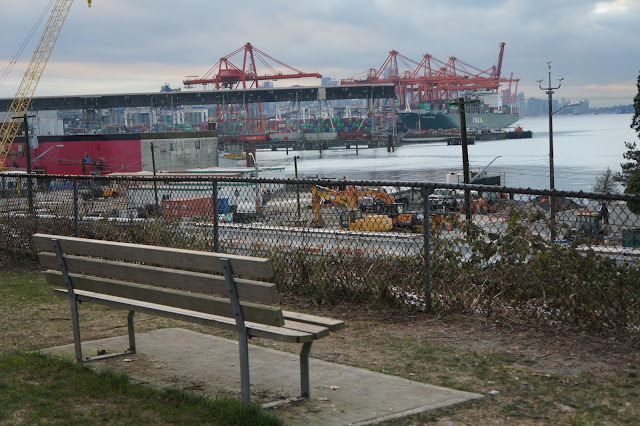 Those Orange cranes are located at our container terminal.   It is a working harbour with freighters loading grain and also the location of a couple of Canneries (foreground).   At the top right you can see the Vancouver Skyline and perhaps the Lion's Gate Bridge at the other end 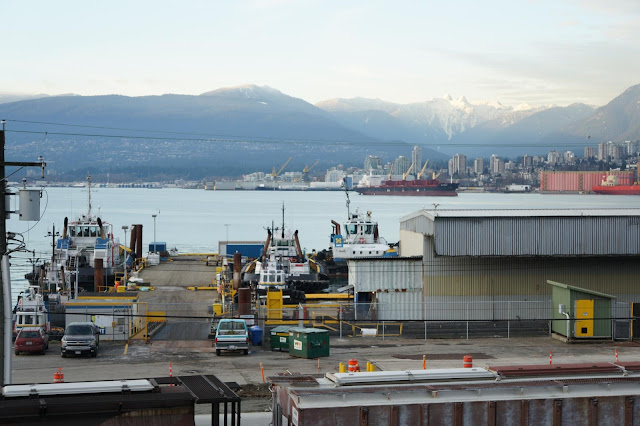 The snow capped mountains show our "Lion's" covered in snow.  The two rock formations resemble two lions sitting down and our Lion's Gate Bridge is named after them.  Those buildings on the north side of the inlet is North Vancouver.  It is a separate city with their own Mayor and councilmen, and also a different police force, currently protected by the RCMP.    Vancouver has our own Vancouver Police Force.   Farther to the West is West Vancouver, which is another separate city with their own Mayor and Council 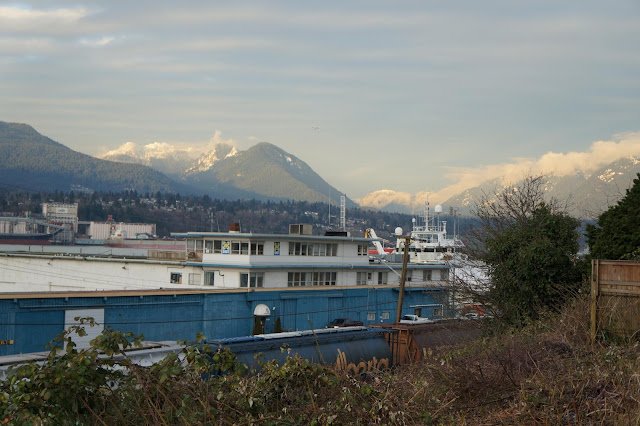 This is one of the operating canneries on this side of the inlet.   For security reasons, normal people are not allowed access to these areas without proper reason or ID. 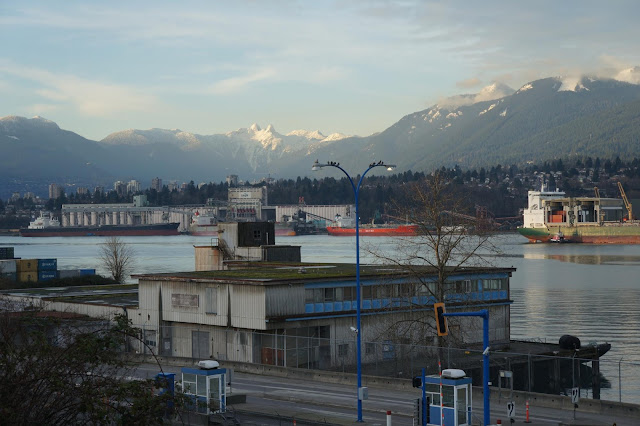 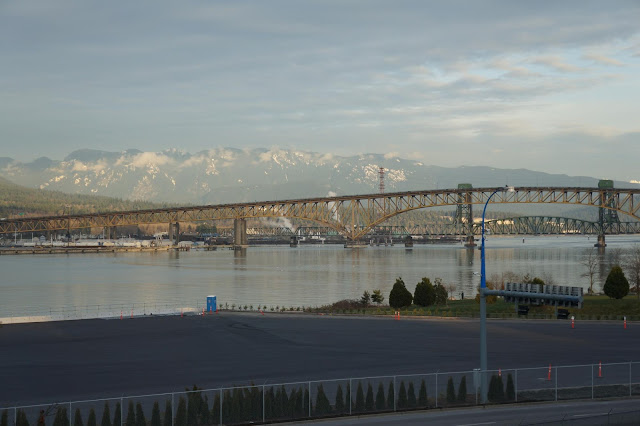 Not counting our Seabus (ferry across the harbour)  the only way to access North Vancouver is by two bridges.   We took the Lion's Gate Bridge North, and the Second Narrows Bridge on our way back. 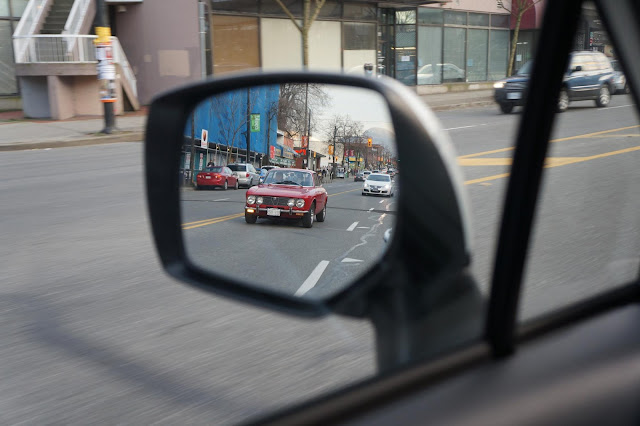 During our travels today I noticed a car similar to what I used to own.   This is an Alfa Romeo, most likely a 1750 DOHC.   I used to own a 2000 GTV Veloce with SPICA FI.   This older model most likely had the dual webers 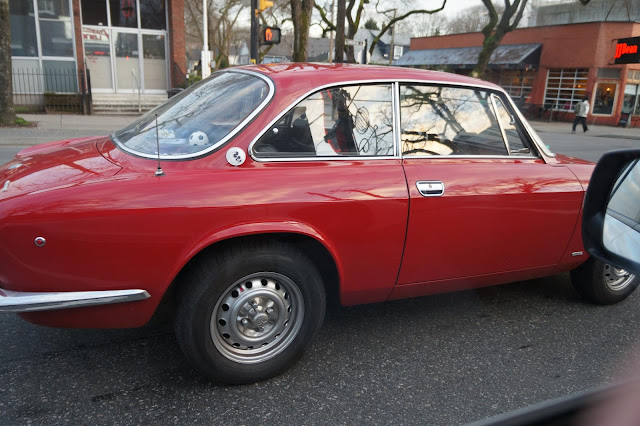 I'm glad I don't own it anymore but they are nice to look at.  This one looks like it has been restored. 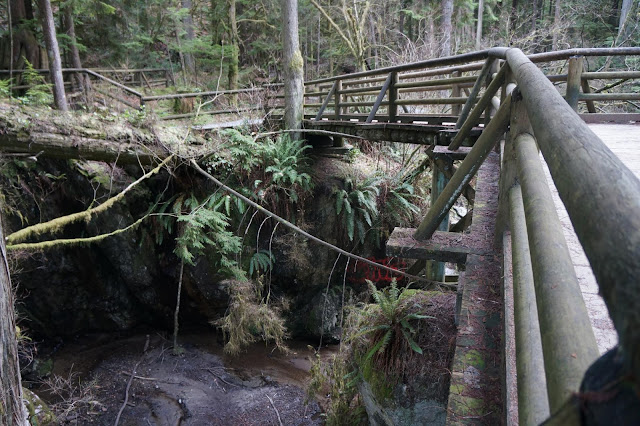