I find that the planning of meals is harder than actually making them.   Not that I have a lot of recipes but I prefer to improvise depending on what is in the fridge.   Food planning is an art that I am trying to learn the hard way.   The problem with grocery shopping is that if you plan too far ahead you tend to buy too much then you have to cook it up so it won't spoil.  This was the case today when I rushed home and scrambled to cook up my lean ground pork before it goes bad 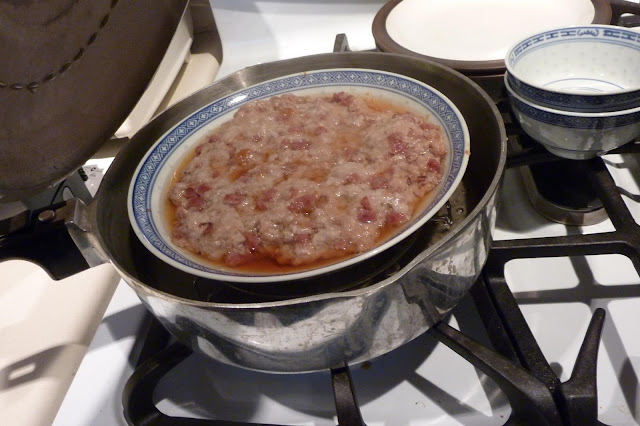 I bought a pound of this last Saturday when I made a steamed egg dish.   I prefer pork over ground beef as I have also been making Won Tuns.  Today I made an oriental dish which I don't know the name in English but I added some Lop Cheung (chinese sausage) and put this in the steamer for about half an hour.

Last week Mrs Skoot bought a tray of boneless chicken breast so we are chickened out.  It was just too much meat for us and I ended up simmering a couple for home-made soup and then using the chicken for home made pizzas.  If you take chicken broth and then boil and simmer a couple of chicken breasts in it, the resultant soup is delicious .

We had so much chicken still left over from this tray that I managed to cube some and throw it into our rice cooker.   I marinated the cubes in soya sauce first and it ended up being steamed/cooked with our rice 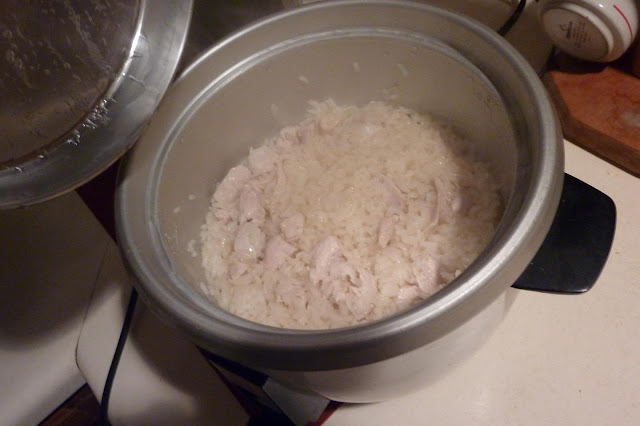 My original plan was to make a Kraft Dinner casserole with broccoli, and topped with white cheddar cheese.  I cooked up the macaroni first, added the cheese packets.  On another burner I steamed up a head of broccoli and cut it up into smaller pieces.   I spread the broccoli over the top and then sprinkled with cheese and put back into the oven @ 300°f for about 20 minutes to melt the cheese 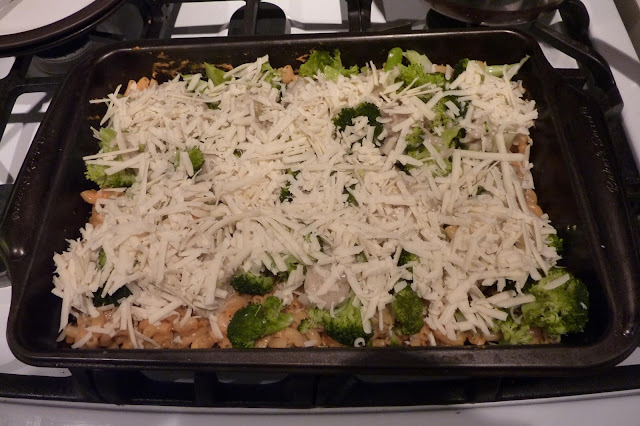 Here it is before I put it into the oven 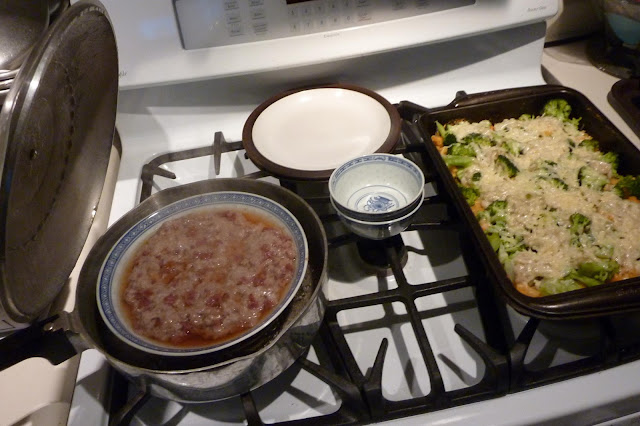 It was nearly perfect timing as when Mrs Skoot arrived home it was all ready to be served.  Obviously we had too much food but that's okay.    We can heat some up for tomorrow's dinner, and we can portion some  to bring to work for lunch 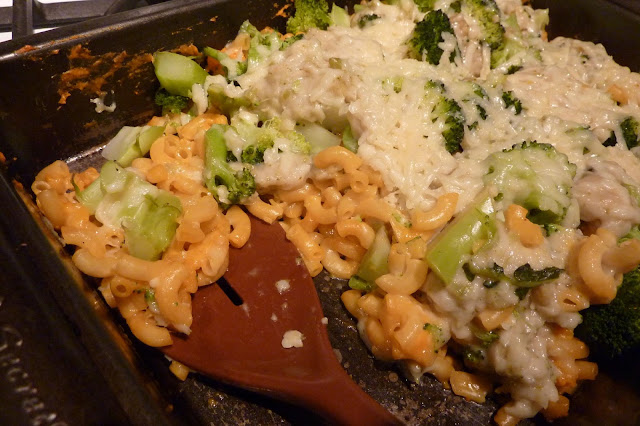 We hardly put a dent into this casserole and I over ate, again . . .