Firstly, Richard . . .  I am having computer problems.  An ultrabook i5 running win 8.1   Took 3 tries to boot up.   Everytime with a blue screen, sort of like it had no video card.  Now tonight I had to boot up 2 times and lost the screen with all the apps.  The other night Windows Live Mail stopped working and I had some drive errors,  missing the cabinet.dll files but it came back to life with a disk scan and somehow it repaired itself.  This is a new computer which I bought at Christmas but never used until 2 weeks ago 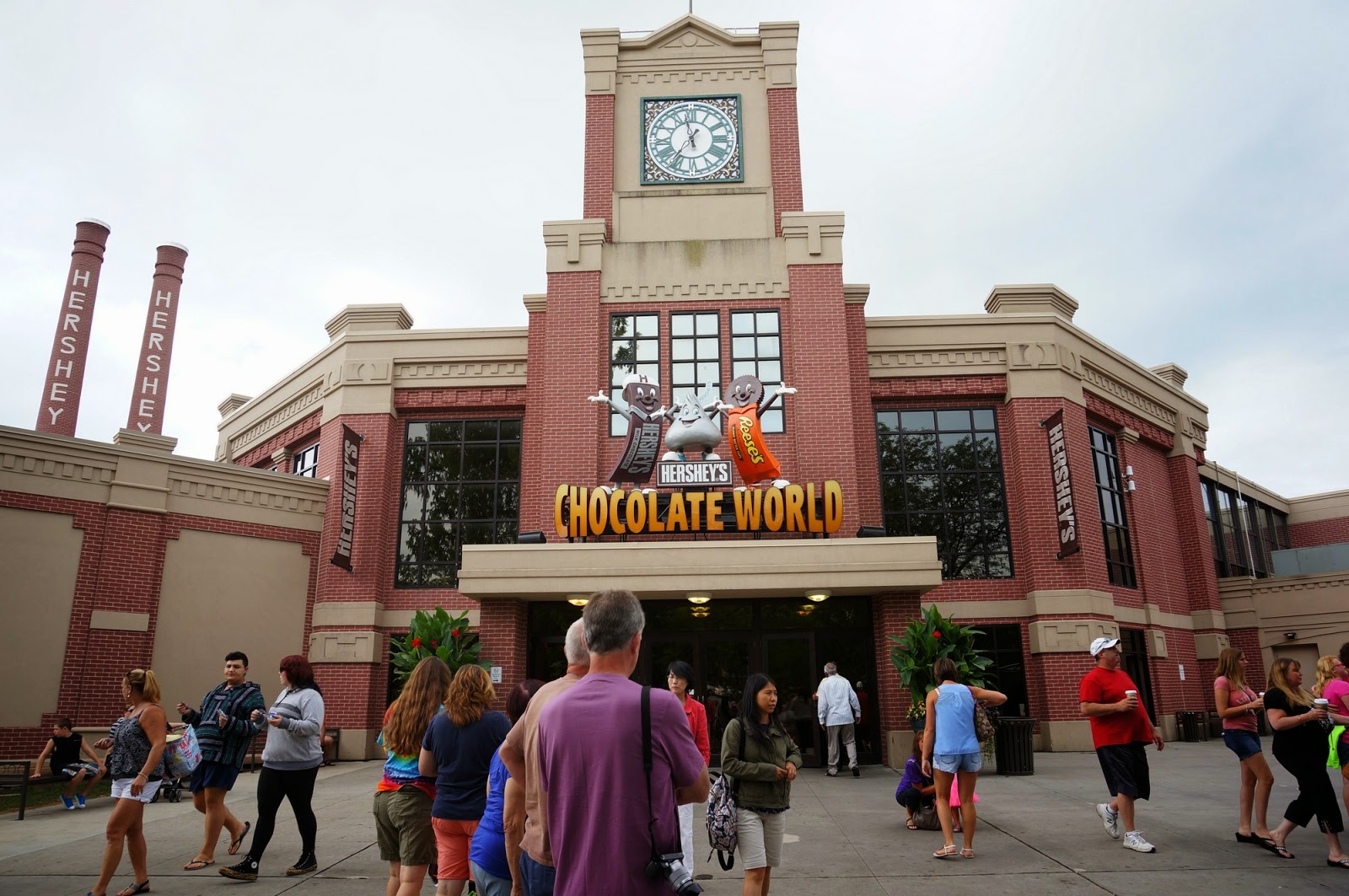 to Chocolate World in Hershey PA. 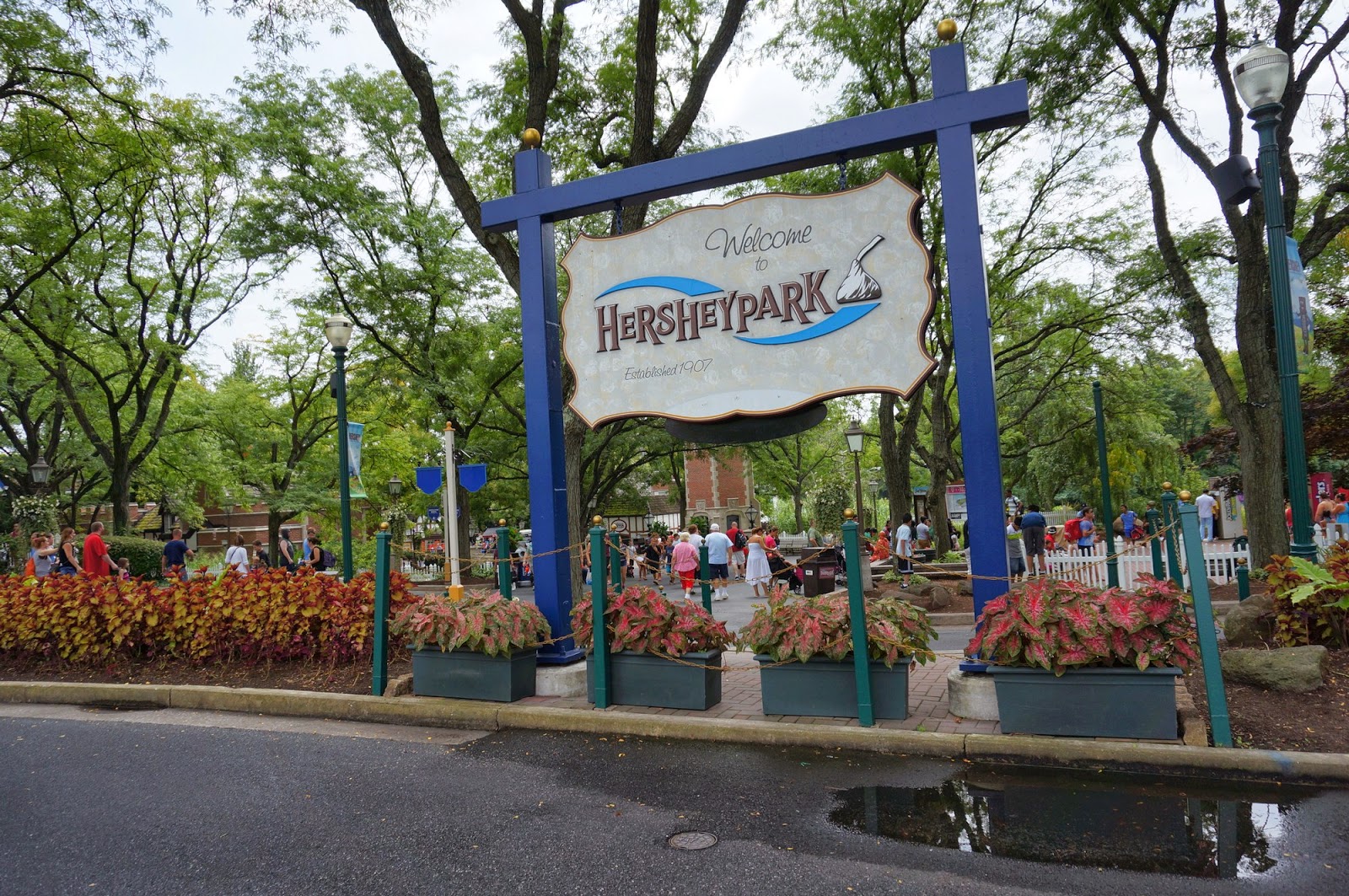 We took the quick tour of the factory 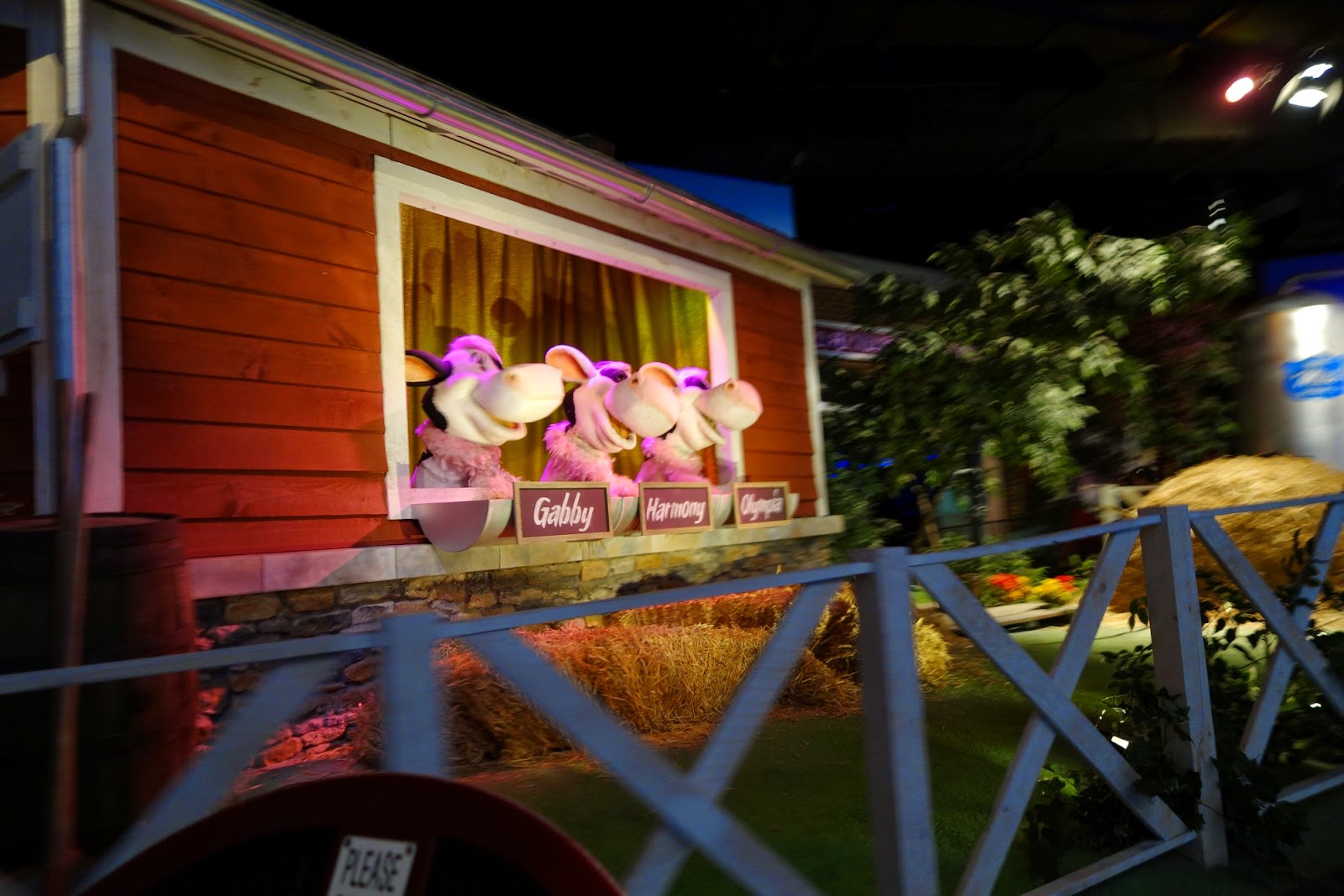 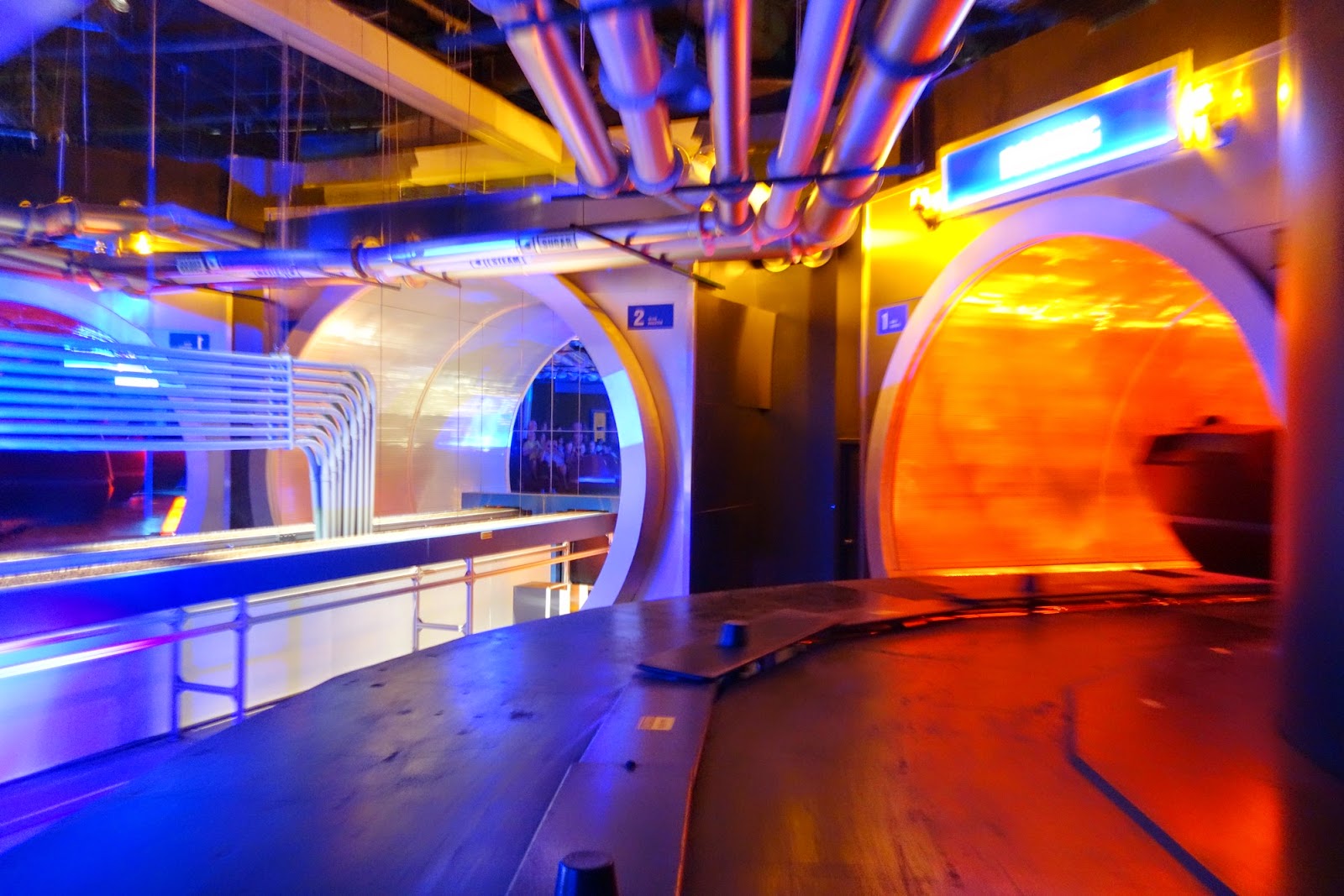 It was an audio visual presentation with narrative 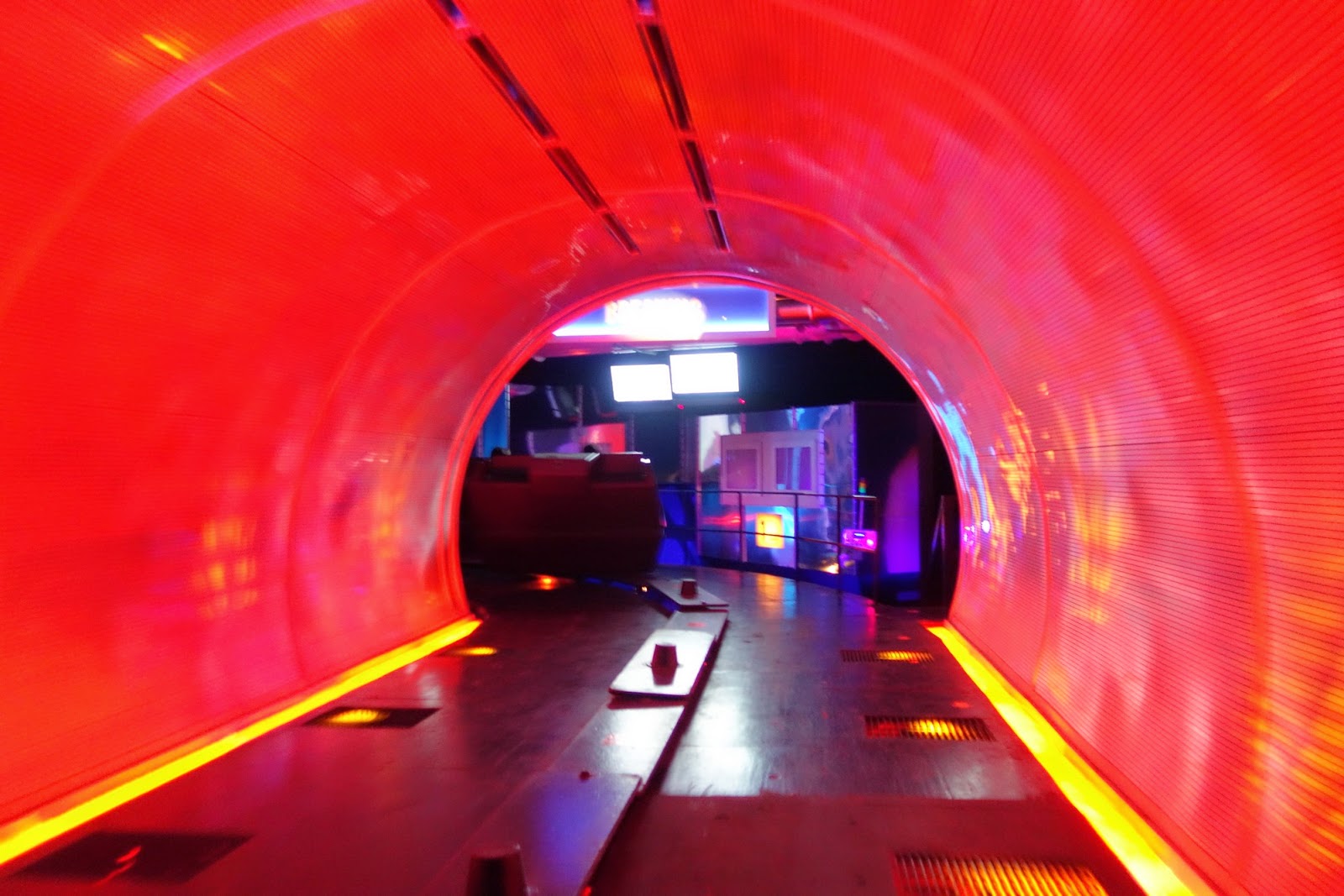 we are moving along self propelled tracks.  Sure was nice to be able to sit down after the long walk from the parking lot, under the hot, humid sun 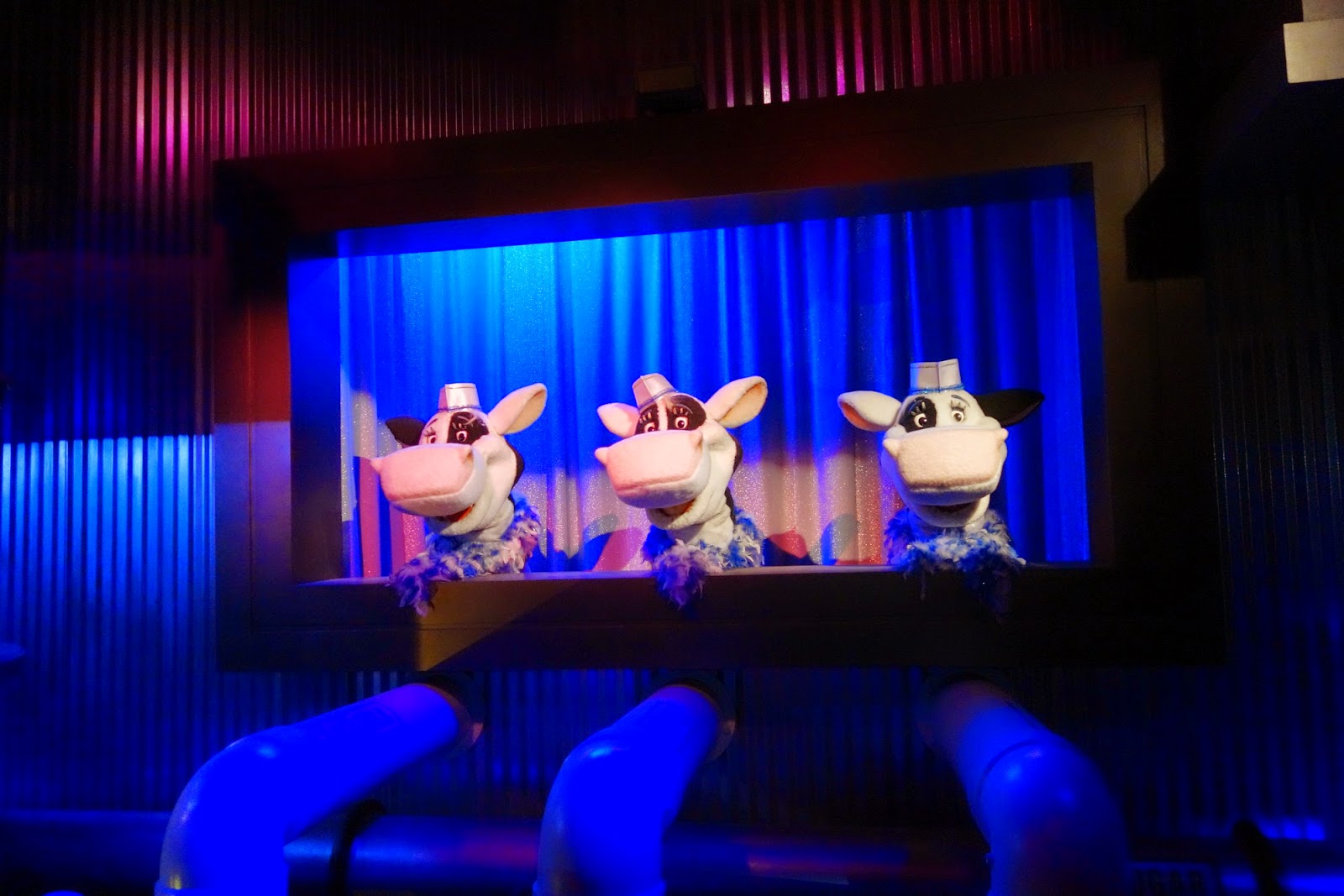 The cars snaked along the curved track  .  .  . with singing animated animals along the way 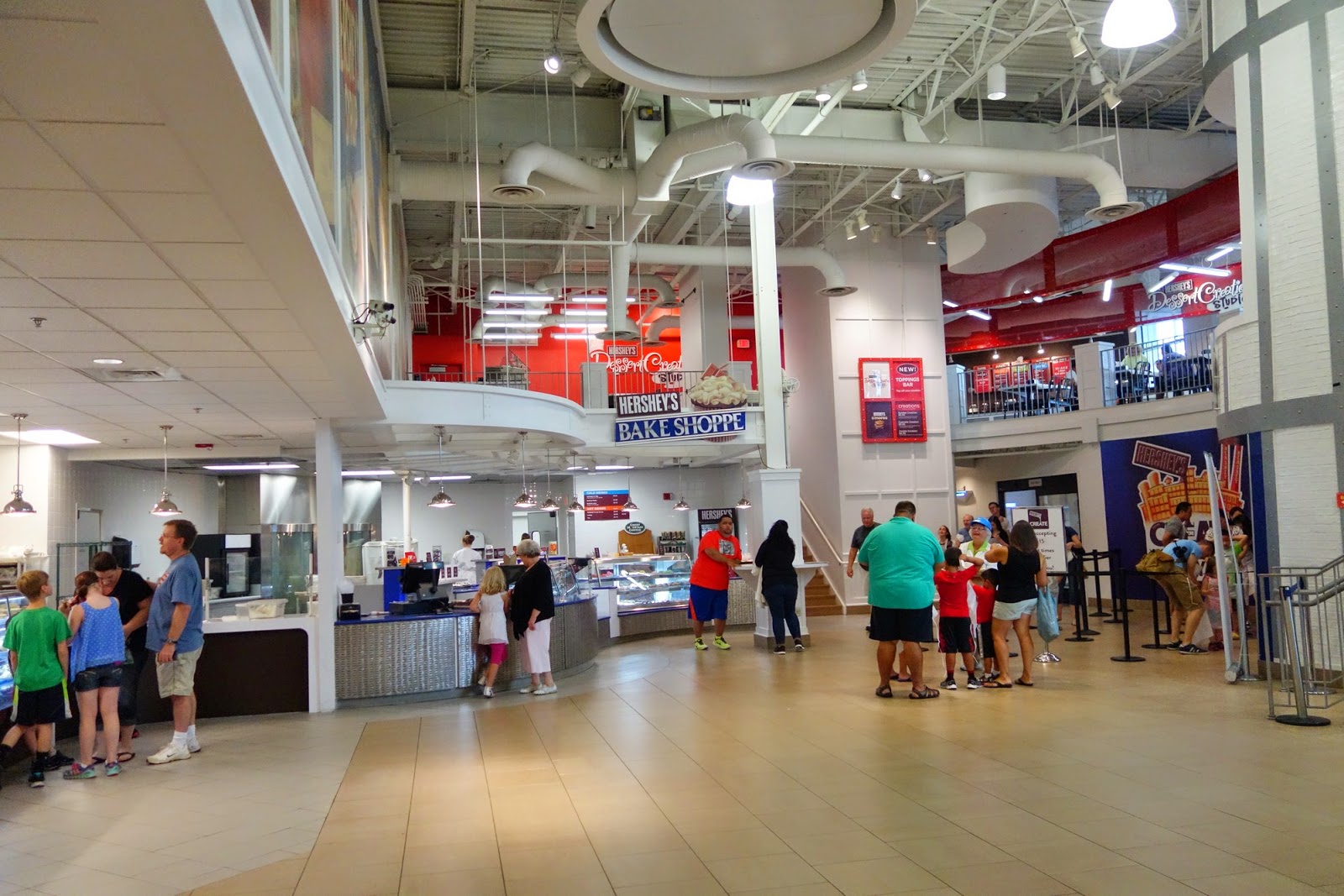 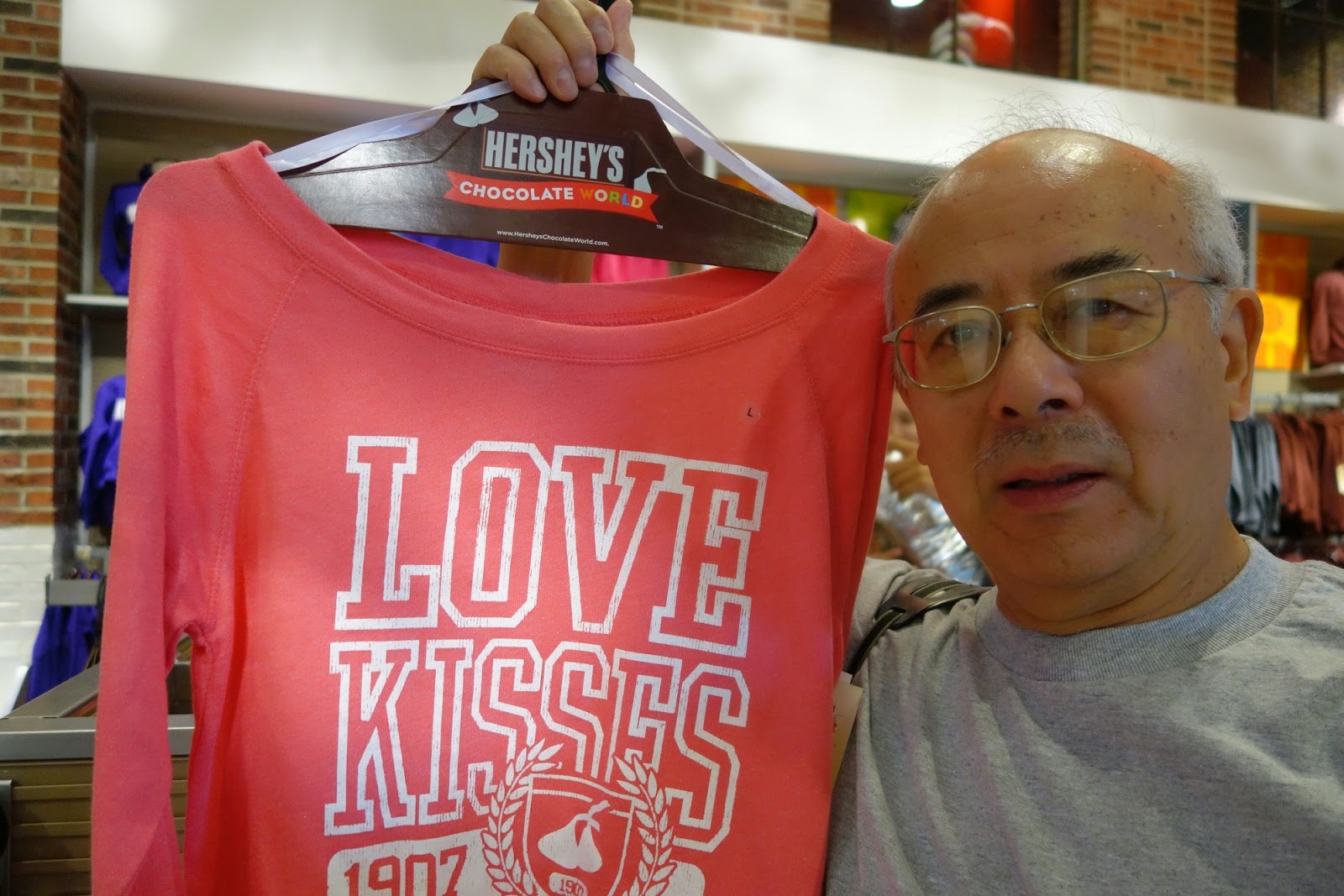 where they had lots of branded clothes and chocolate for sale 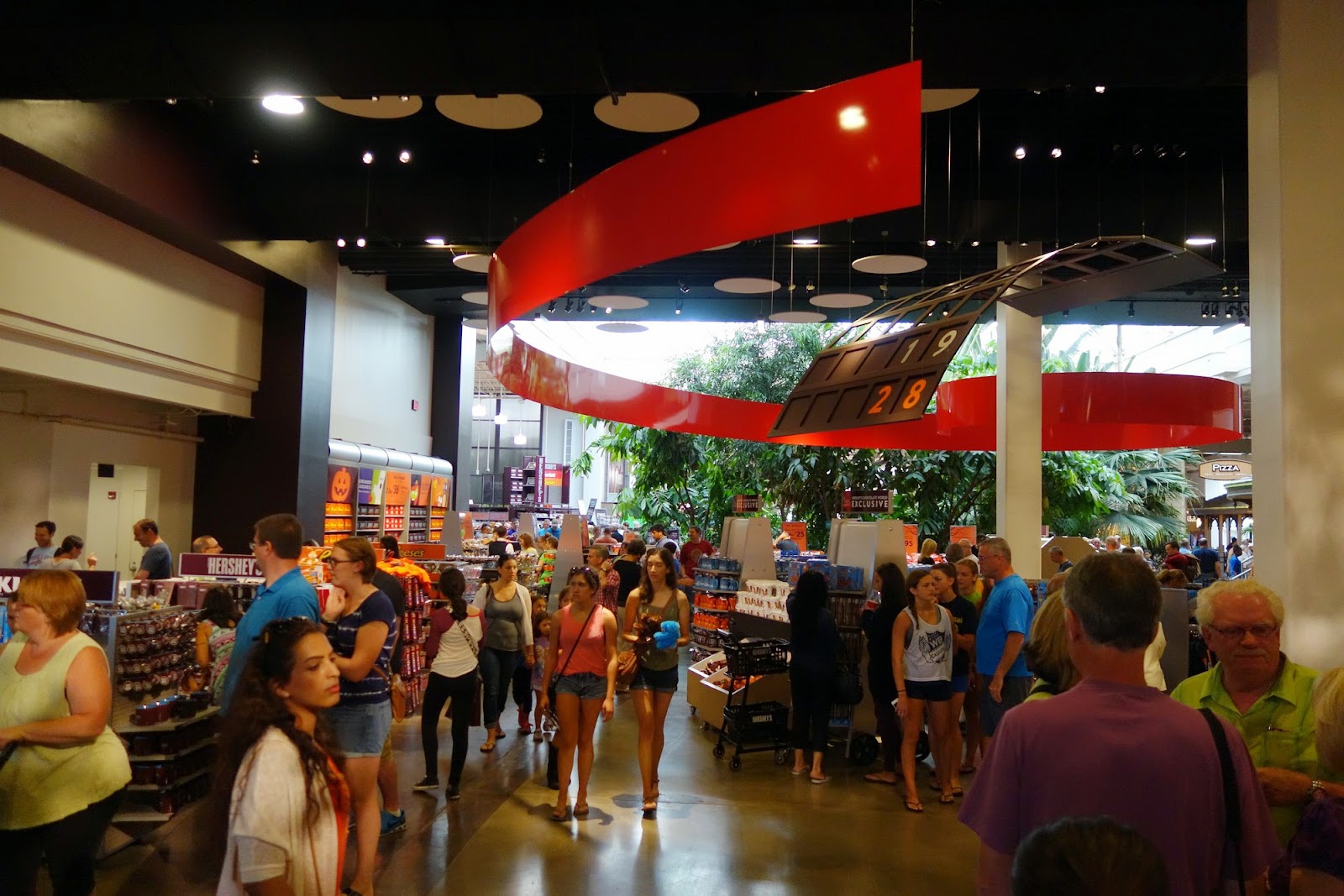 It was hard to buy any chocolate to bring home, unless you wanted a melted glob, since it would be too hot in our trunk 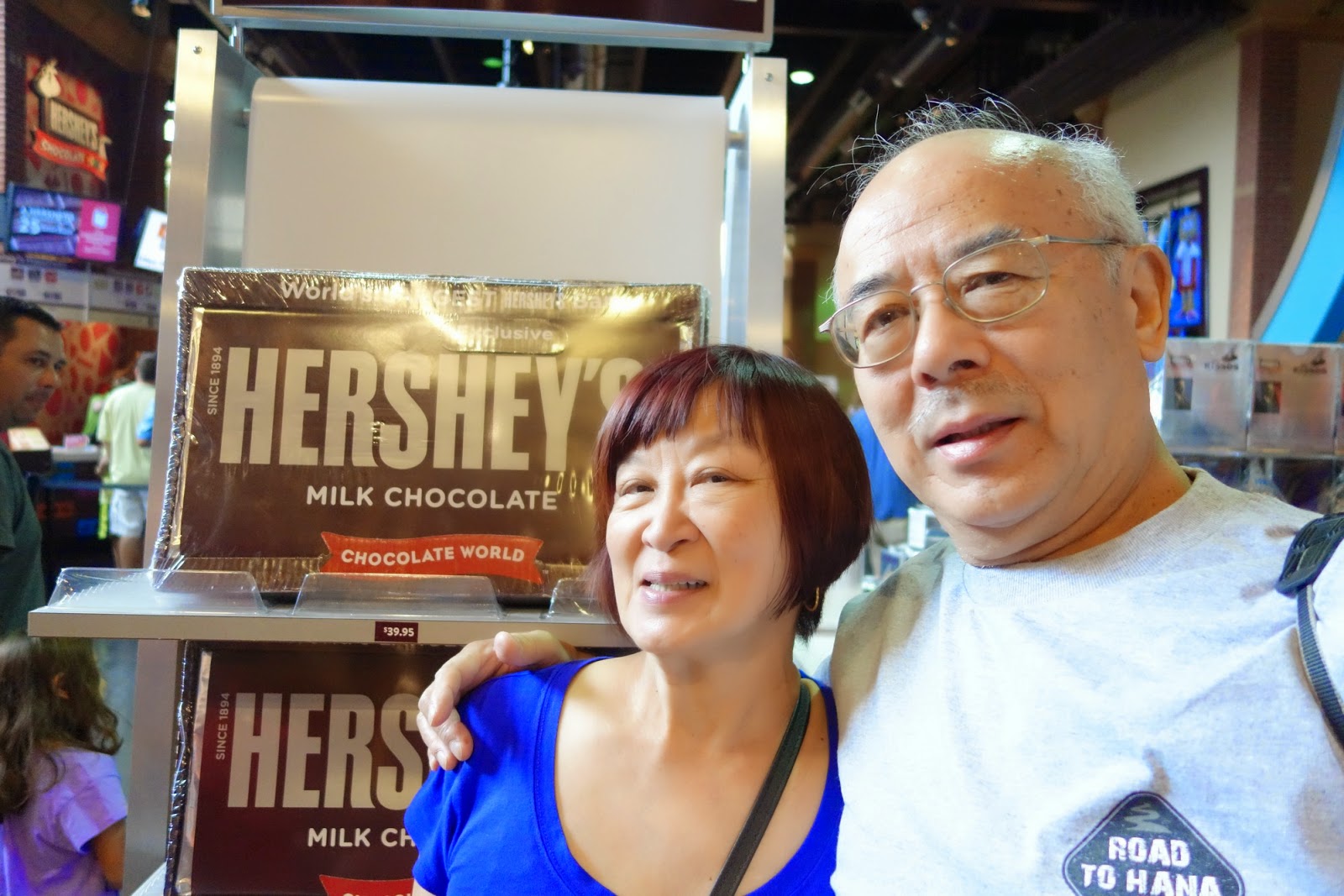 World's largest chocolate bar in the background.   Only $40. 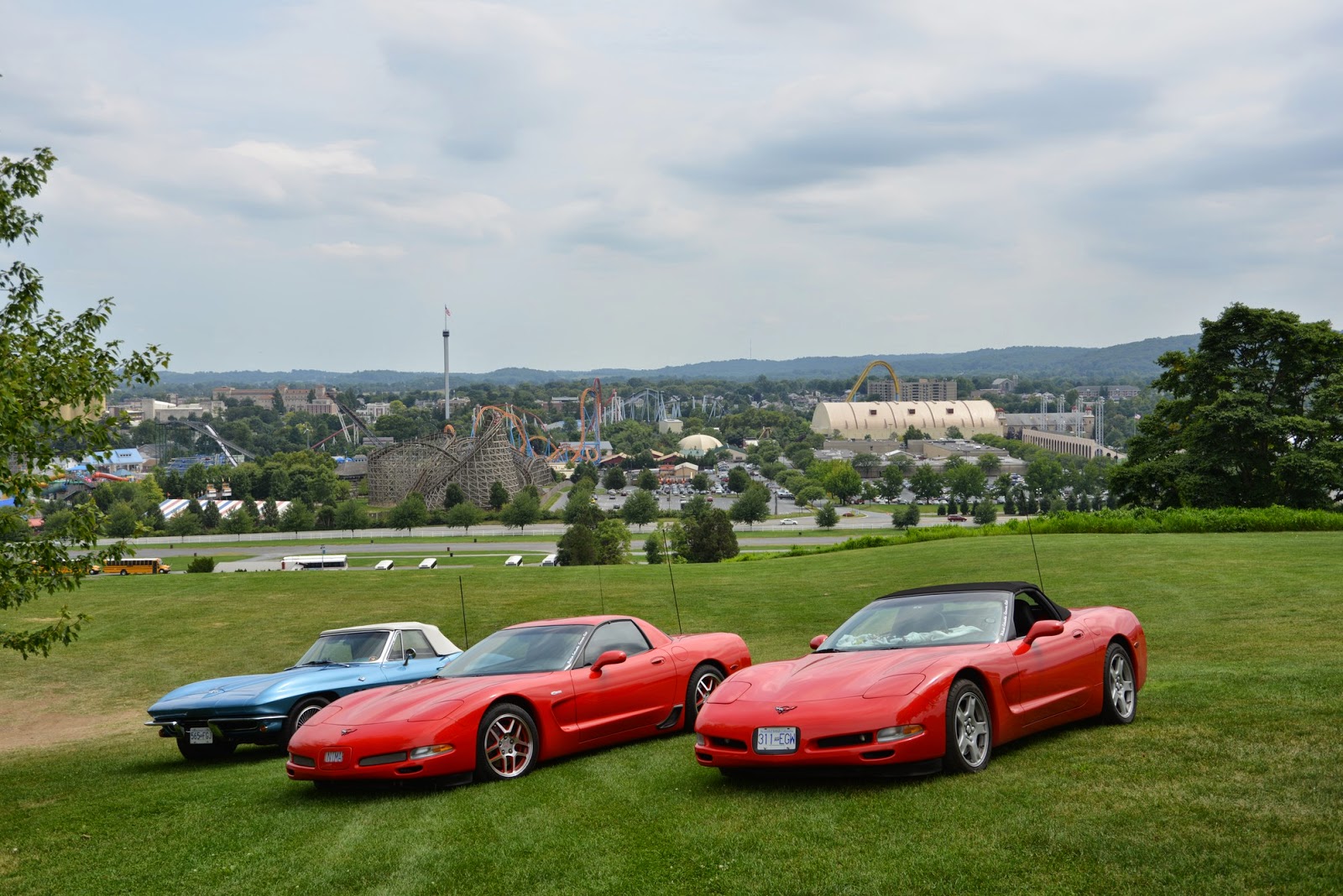 Later we drove up the hill.   That's the Hershey complex at the bottom 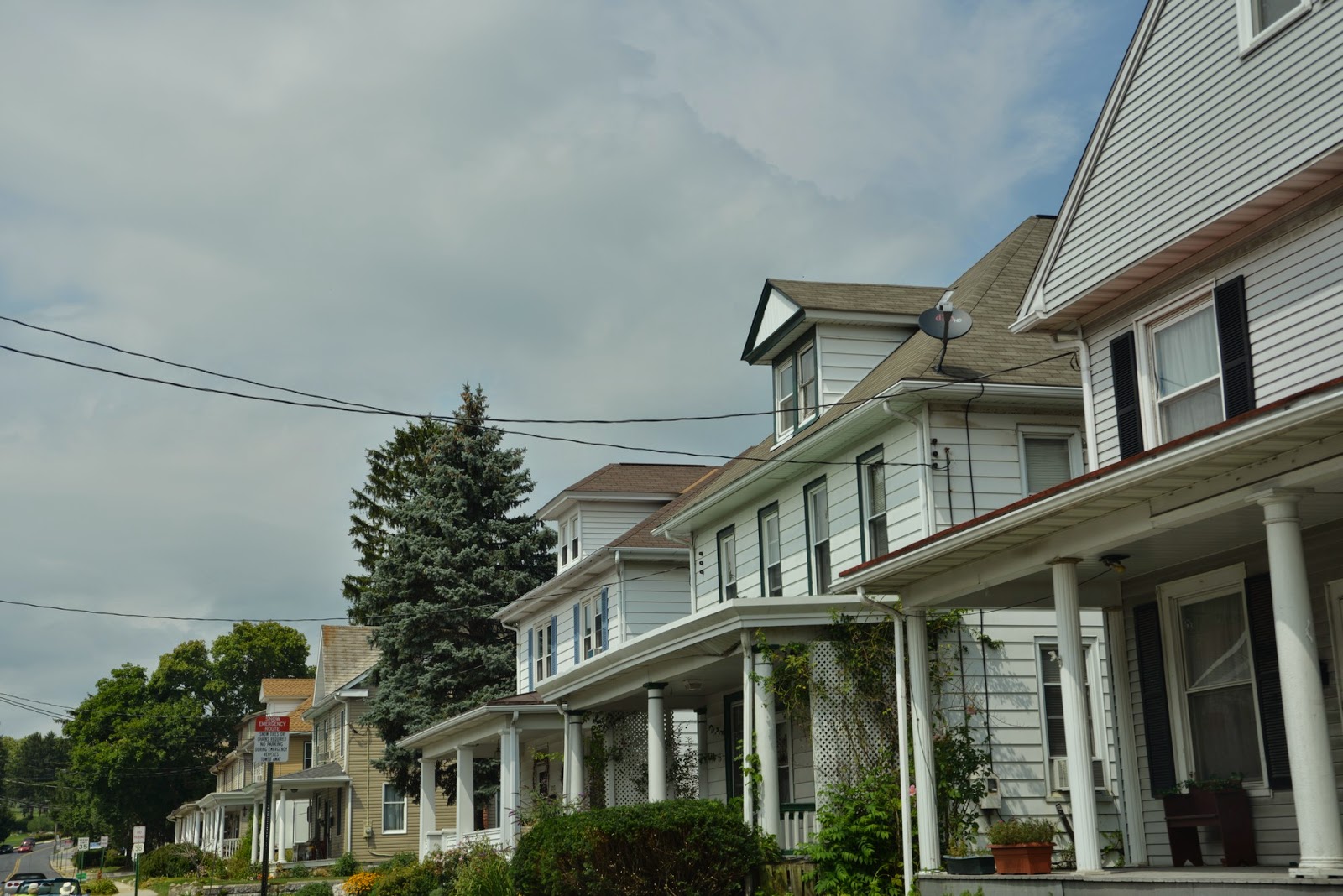 We drove around the town.  It seemed old and historic 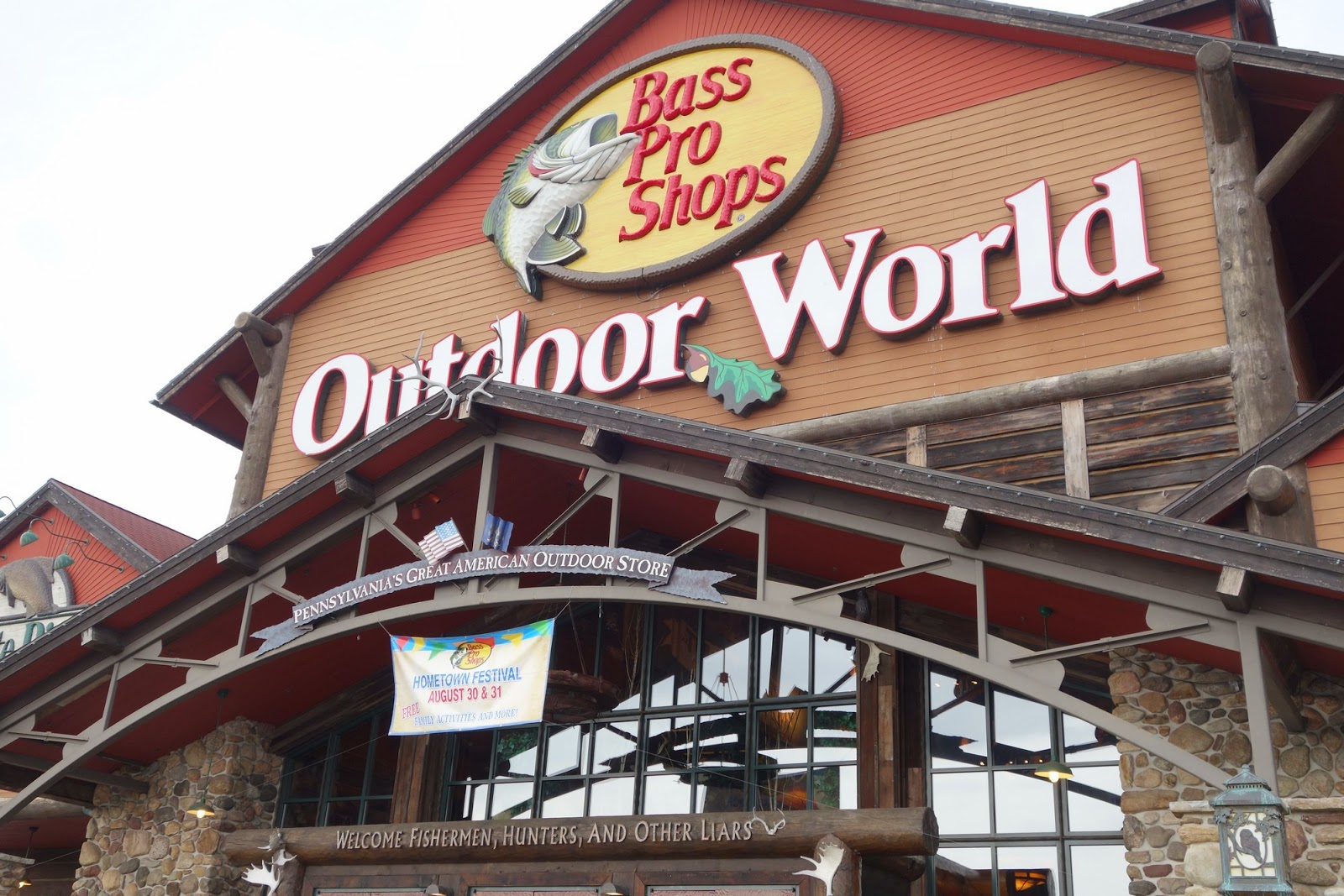 I have never been to a Bass Pro shop before 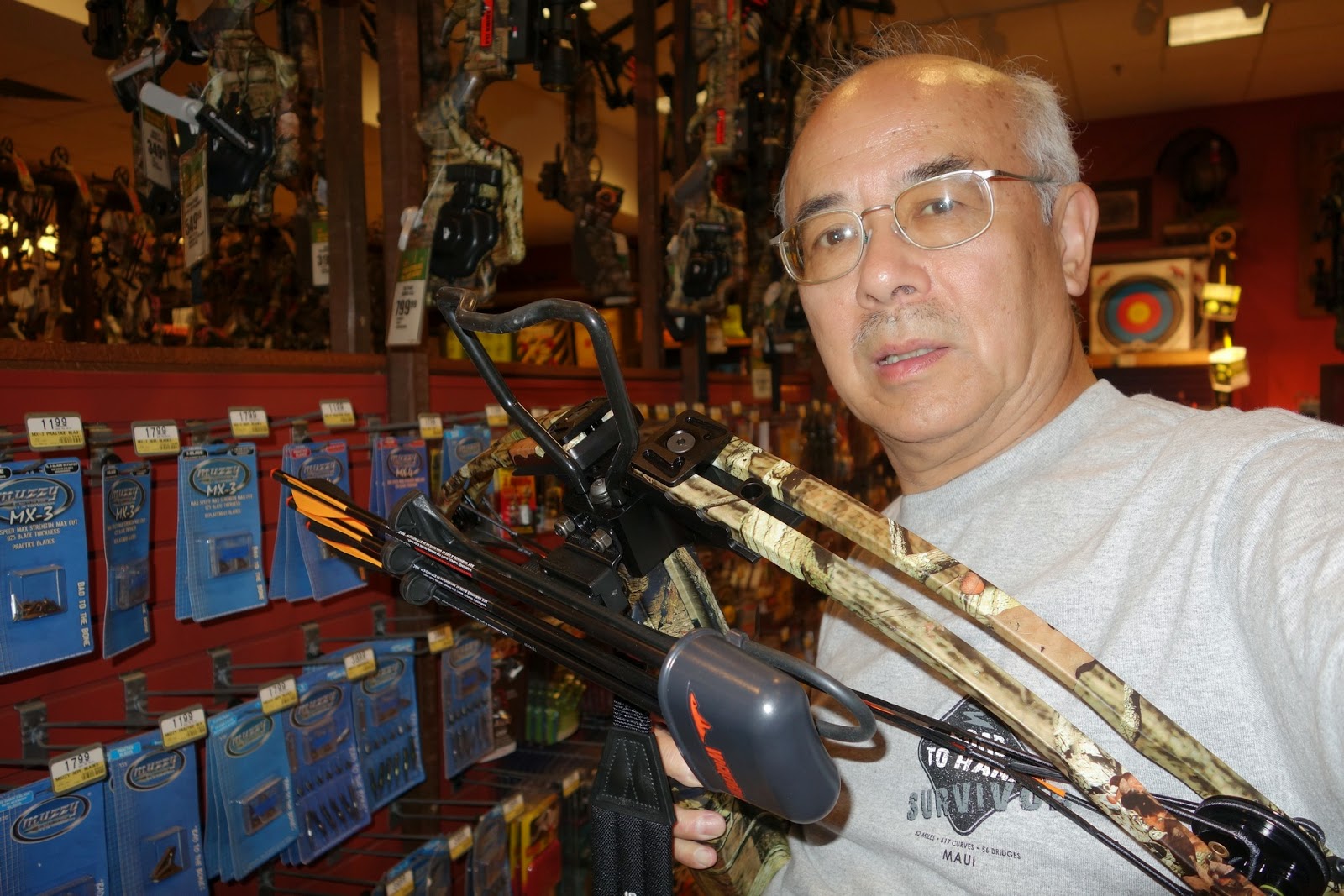 They sell lots of firearms and hunting equipment here.  In my youth I used to have an archery set so I wanted to hold this compound bow 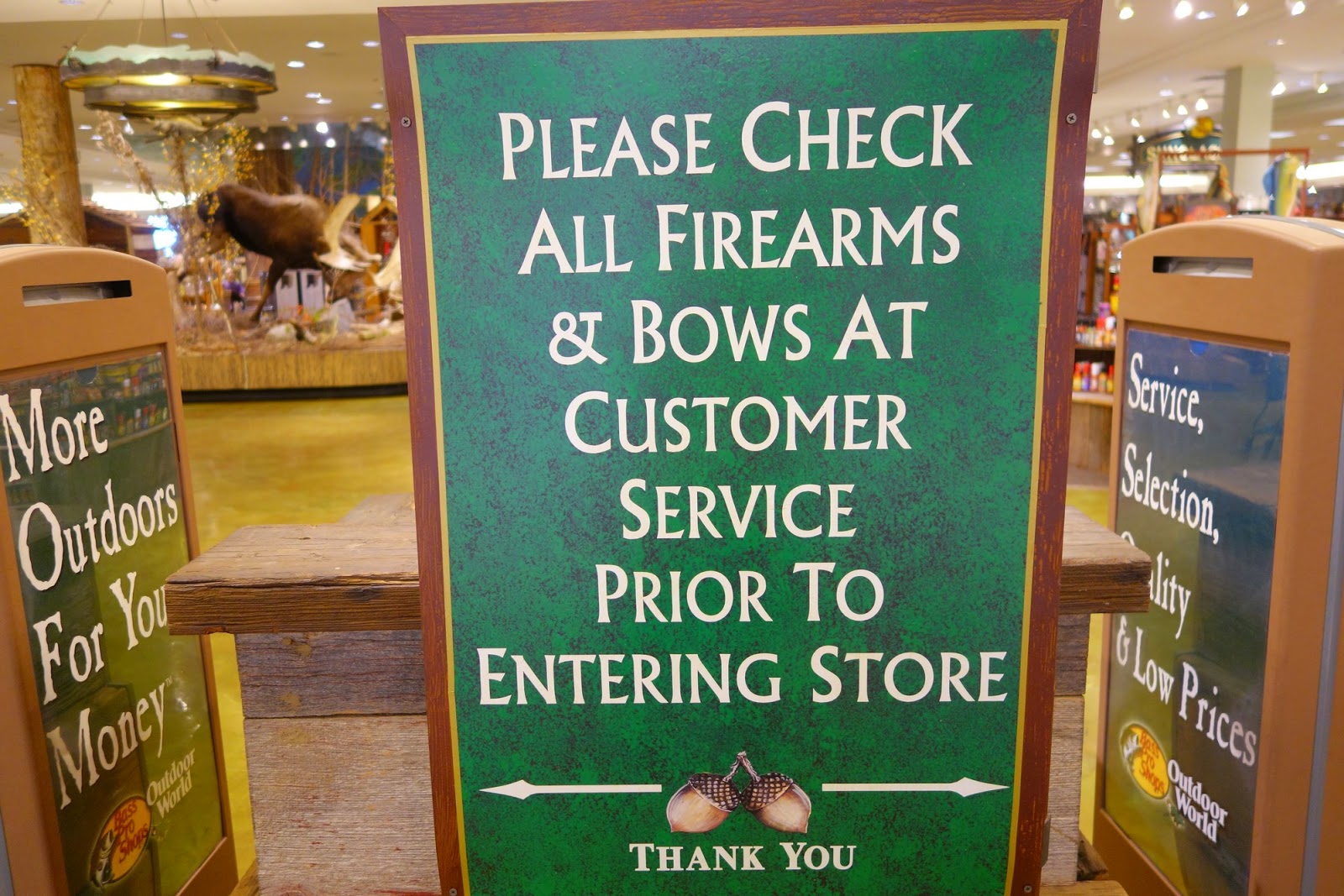 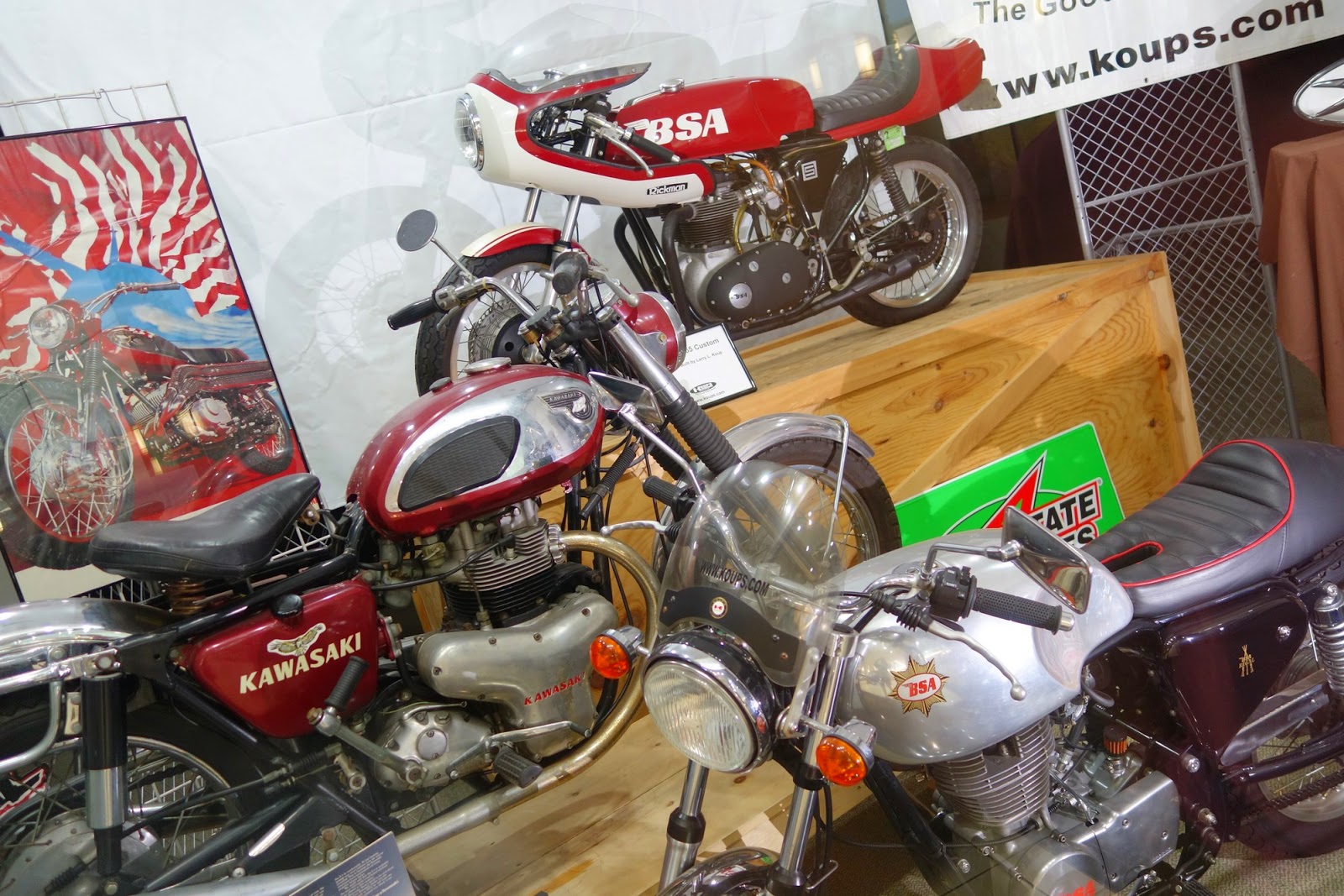 There was an interesting motorcycle display in the mall.   We had lots of showers today but it cleared for the time we were in Hershey so we decided to stay close to our hotel