Last September 2013 we headed down to the Oregon coast 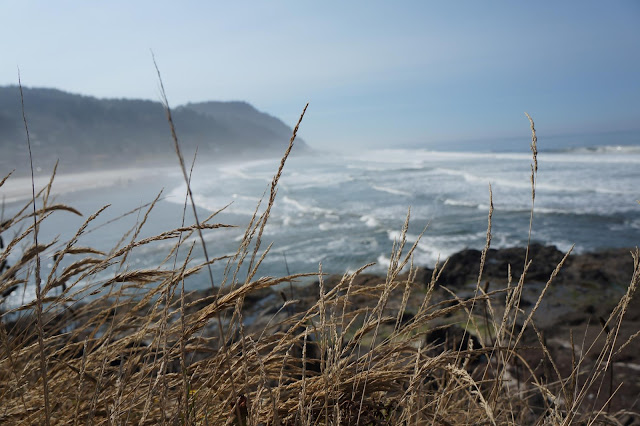 I was recently here just a couple of months earlier during July when I was returning from our iMBC2012 Blogger's reunion.   Actually I have ridden my bike to Oregon for the past 3 years but Mrs Skoot does not ride so to quelch my guilt feeling I decided that we should hop into our car and come down together 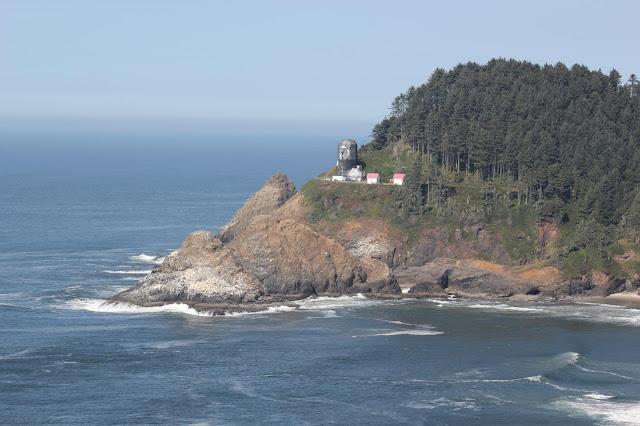 I try to limit my solo Motorcycle trips to one+ week per year as it wouldn't be fair for me to be enjoying myself while she works and remains at home.   Also I ride my motorcycle more than I drive my hobby car so it was about time that I gave the engine some exercise 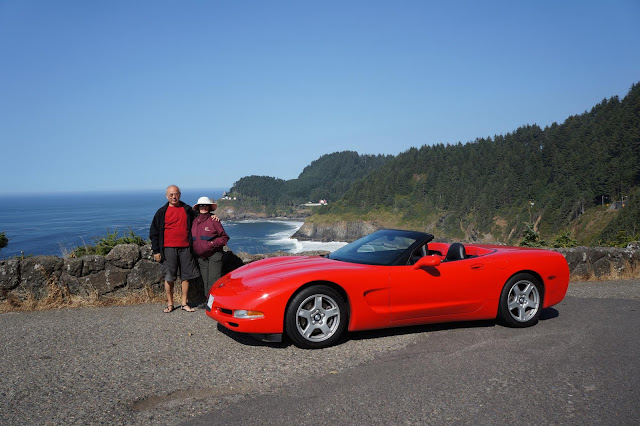 We lucked out on the weather this time as it was foggy and cold the last time we drove down and stayed in Lincoln City.    The sun was out but it was a bit cooler than we would have liked .

Today we were on a mission and a lunch date with Cesar, who also blogs and rides a stunningly beautiful  Yellow Ducati Streetfighter 848 .   He has a few other bikes but this was his favourite one, the one he rode the most during 2012.   The one he was going to keep for two years.   He just let it go to its new owner so he doesn't have it anymore.  You can read about it  (here) .    He also posted about our meeting  (here) 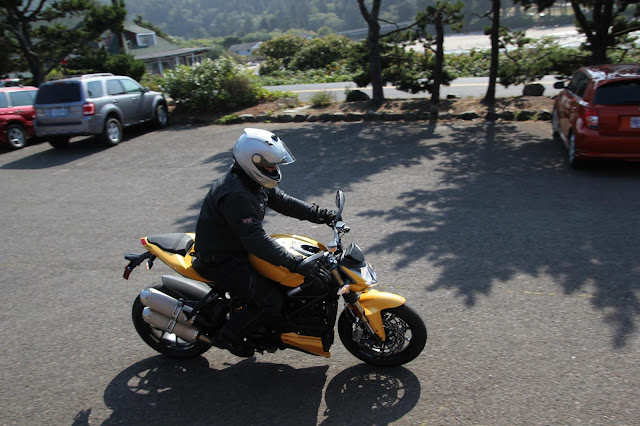 I arrived a few minutes early then I heard IT.   The beautiful sound of a Ducati roaring into the parking lot.  This is my first glimpse of Cesar . . .  he had arrived ! 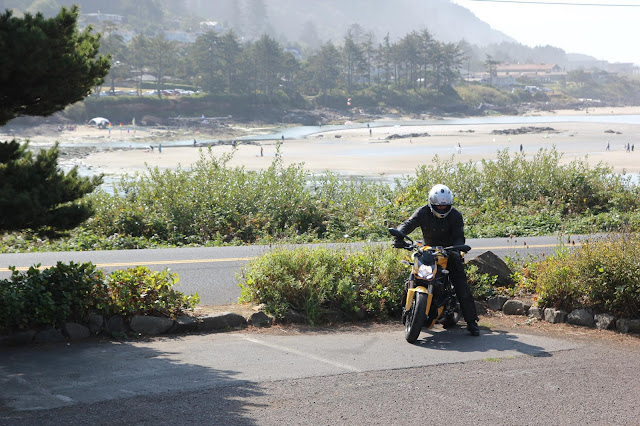 He often rides to the coast and more recently he had been blogging about the great meals at the Ona Restaurant in Yachats, so naturally this is where we met.  Here he is parking in his preferred spot.   It is easily visible from our table 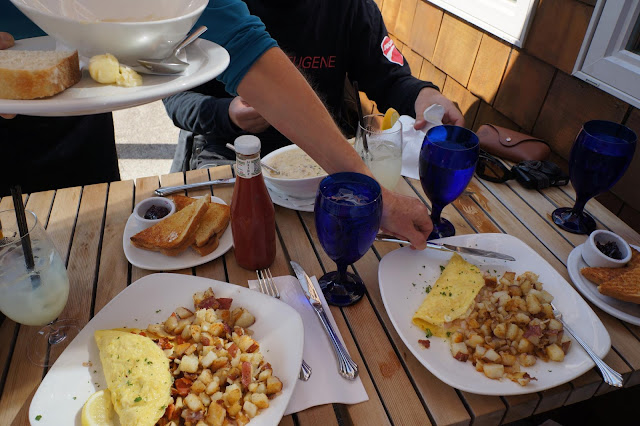 We had a great meal and chatted about this and that.   It's amazing how you can interact with each other like you had been friends for a long time, even though this was our first meeting.   After our meal he moved his bike to the front of the restaurant for some photos 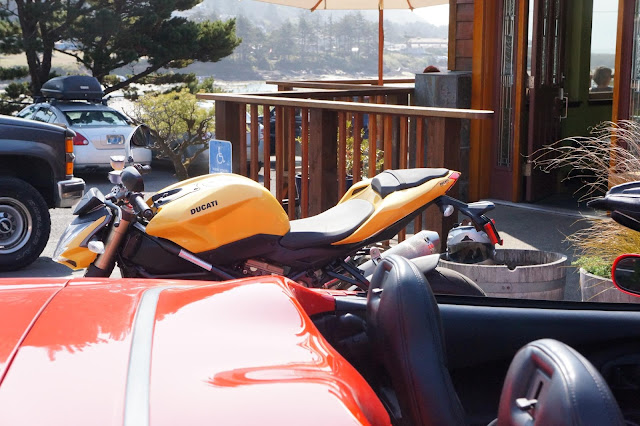 His Ducati is so photogenic.   It looks fast just sitting there 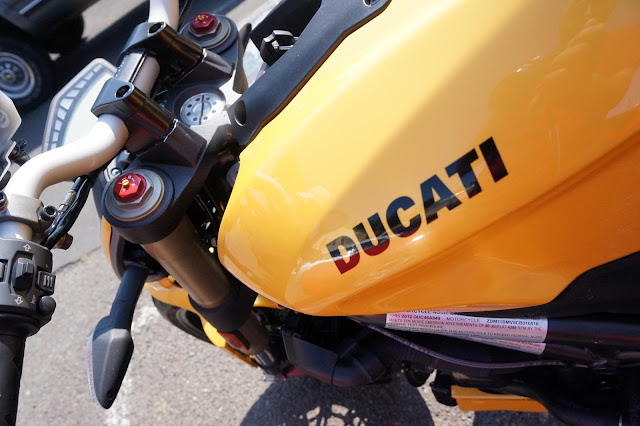 If you go to his blog and look around you will find that he as a great eye for photos, and places his Ducati in the most perfect locations.   He is meticulous that way 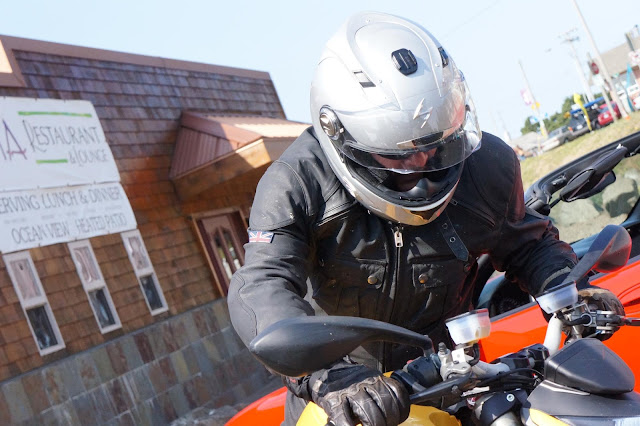 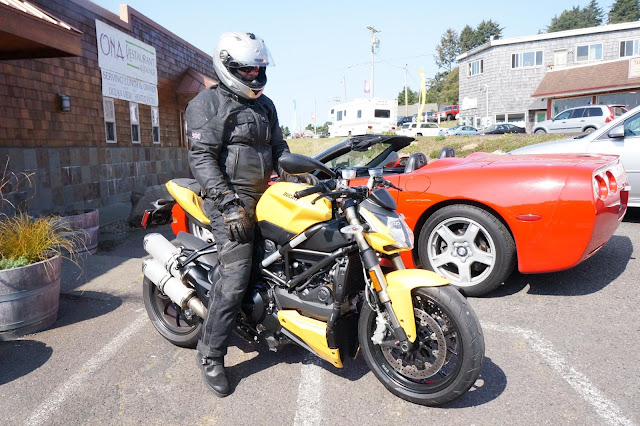 and mounts his bike and heads south, taking the long way back home to Eugene.   We head over to the park to enjoy the day and watch the kites 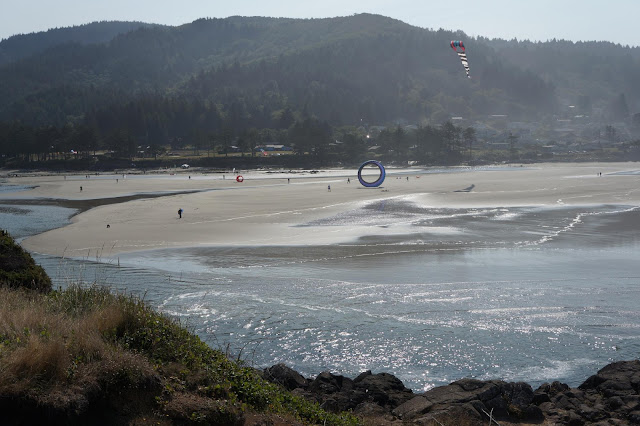 We are not in a rush to go anywhere so we grab a bench and just relax, enjoying our view of the ocean and soaking in the heat of the sun 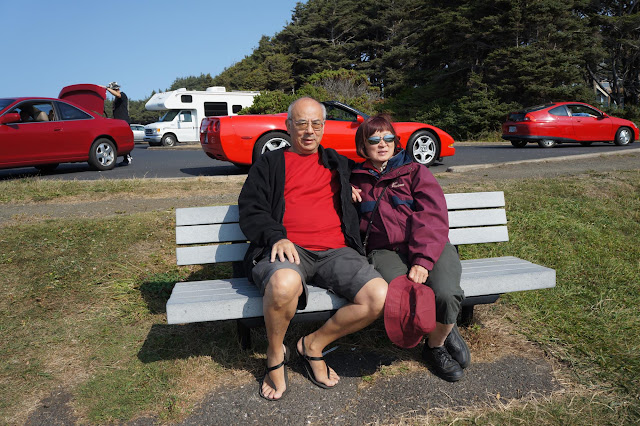 We had a great weekend on the Oregon Coast and the weather was perfect !