Arun Nangla: A rider from London, UK arrives in Lillooet, BC

I had just finished setting up camp for the night and I still had a couple of hours before sunset with nothing to do except to just sit and stare at the sky.   My original plan was to head north and snap some photos of the Canyon but I also wanted to relax and do nothing 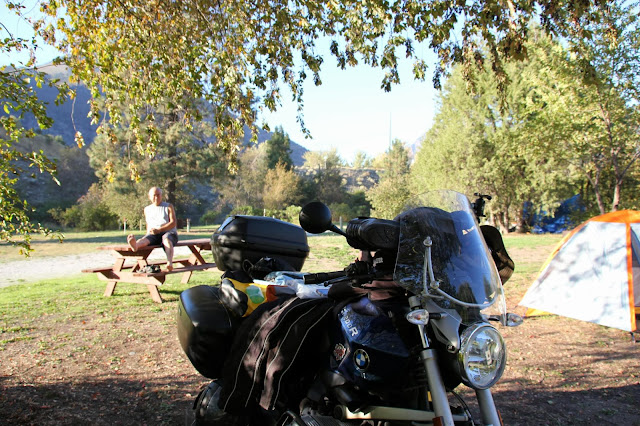 There are not many people here so I decided to just sit on top of the picnic table and enjoy the warmth of the sun contemplating my next move.  I already had a terrible meal in town and I was just waiting for sunset so I could call it a day and go to sleep for the night .   Sometimes it's not so easy to travel alone.

Before long I heard the sounds of a motorcycle coming my way.   The rider must have noticed my bike and rode right over 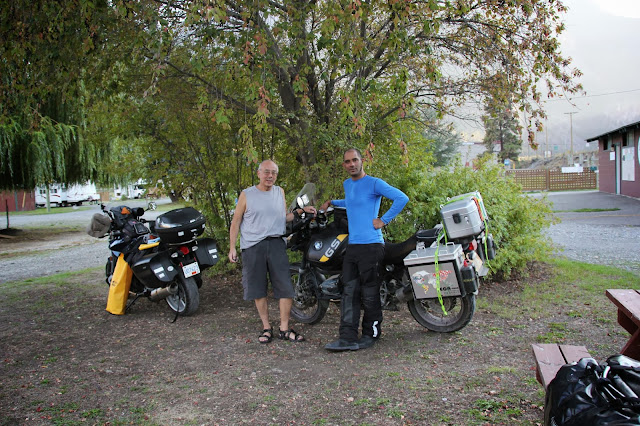 Meet Arun with his BMW GS1150.   I think he had a long day and rode from Prince George, BC.    He wanted to grap a spot with WiFi and I told him there was NO  WiFi here and he nearly rode away but in the end he decided to stay and share my campsite with me 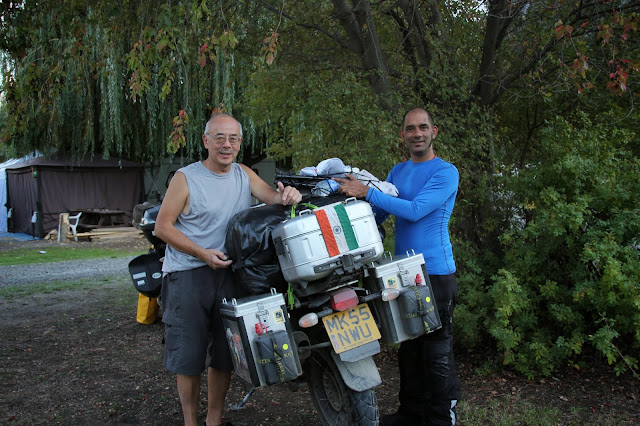 He had his GS shipped from London, UK to Anchorage, AK.   From there he rode to Prudhoe Bay, north of the Arctic Circle 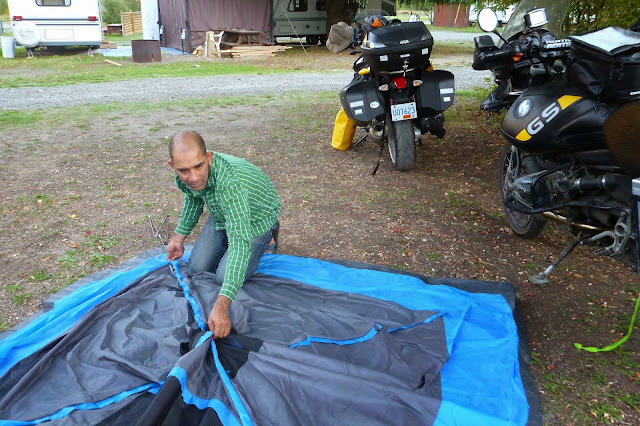 and now he is here, just in time to keep me company.   It turns out that he is a professional photographer in London .    Here is his   website   (click here)     He has been riding Royal Enfields for over 20 years and only recently purchased his GS1150 so he could make this trip 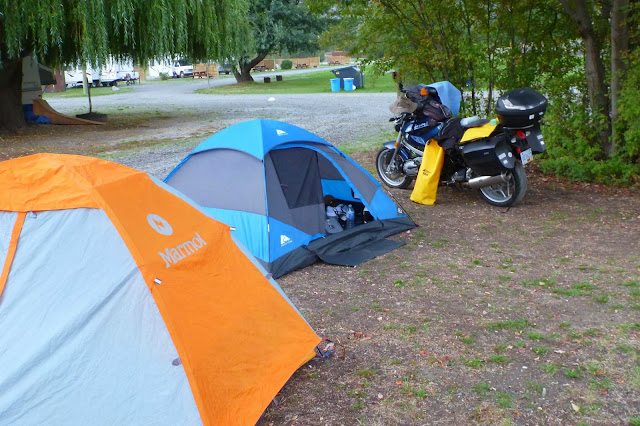 Photography has been my hobby for over 50 years so we seemed to have a lot in common talking about Sinars, Toyos & Hasselblads, and also GoPro Hero3 action cameras as he was given one to document his travels.   We talked the night away.   He is on his way to Ushuaia, Argentina at the tip of South America

He told me that he has already been on the road for about 7 months.   He had his bike shipped from London, UK to New Delhi, India and spent a month riding around the country which included the highest motorable pass in India and then he rode his bike back to London where he reshipped his bike to North America

Morning came too soon.  I was up at 6am, my usual time but the sun was not up yet so I waited a bit until it got a bit brighter. 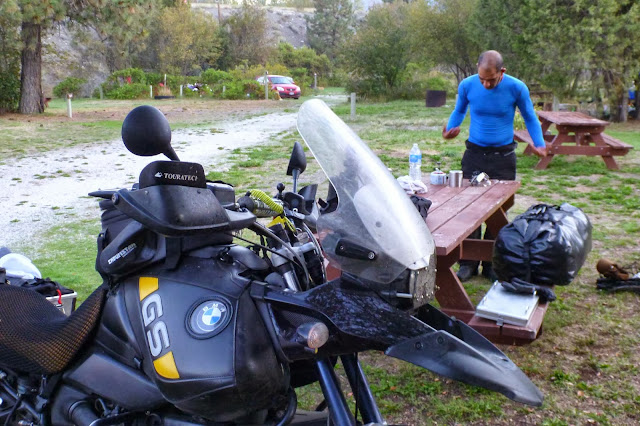 Then we both started to dismantle our tents and pack our bikes and Arun made a strong cup of espresso coffee to kickstart his day.   While we were packing up we were visited by another camper and one of her dogs 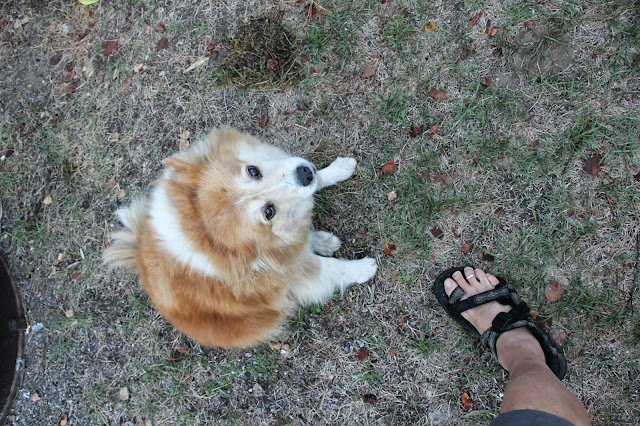 Soon we were ready to roll.   We decided to have breakfast together before we headed our separate ways 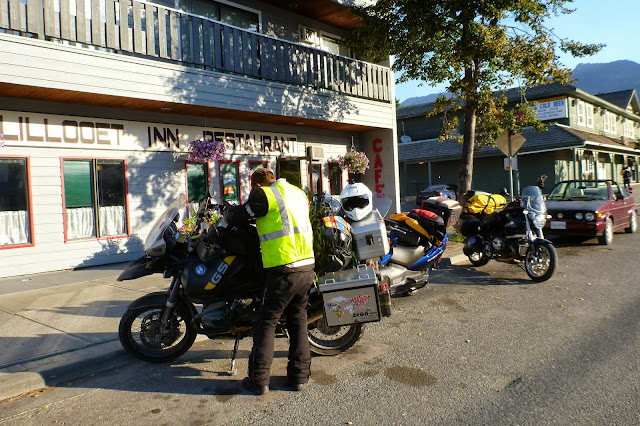 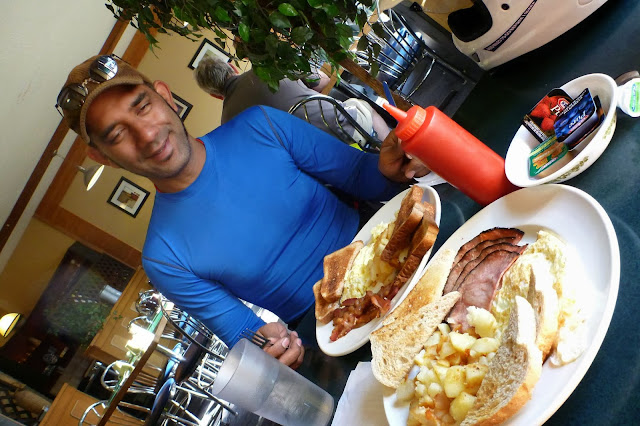 We talk a bit more and then our meals arrive.   I don't like to ride on an empty stomach

Soon it was time for us to leave.  Arun wanted to end up in Oregon by nightfall . . . 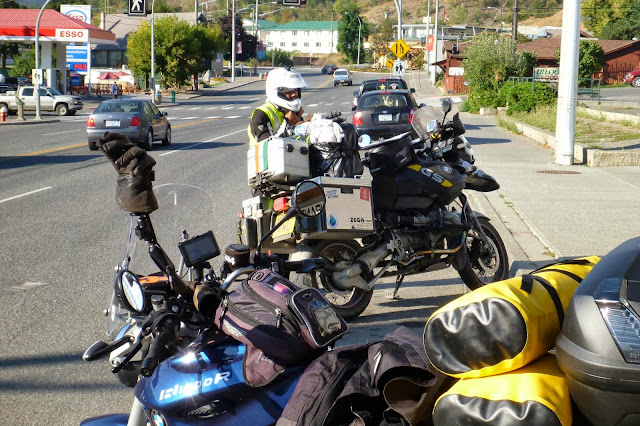 I think Arun was planning to be on the road for another 6 months.   He has not posted a ride report anywhere but he does have a facebook page    (Click HERE)     I am sure he would be thrilled to hear from you

Arun, safe travels and arrive home safely.  It was very nice to meet you