I left Vancouver on July 10th, 2013 and a mere 16 days later I found myself in Pocologan, New Brunswick.  My tour guide and myself packed up early from our  accommodations with a view of the Bay of Fundy 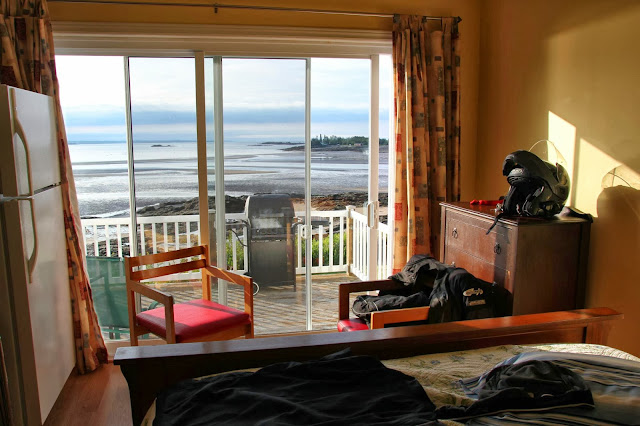 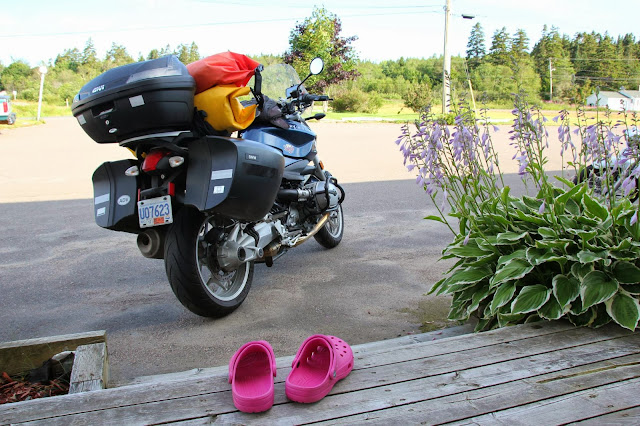 Vstar*Lady had an important family matter to attend to so I waited patiently and played with my camera.  As I think about it now, it seems like a dream that never happened.   We had finally reached the destination of our tour this year, to spend a few days on PEI

and ride over THE bridge.   A few hours later we finally arrived . . . 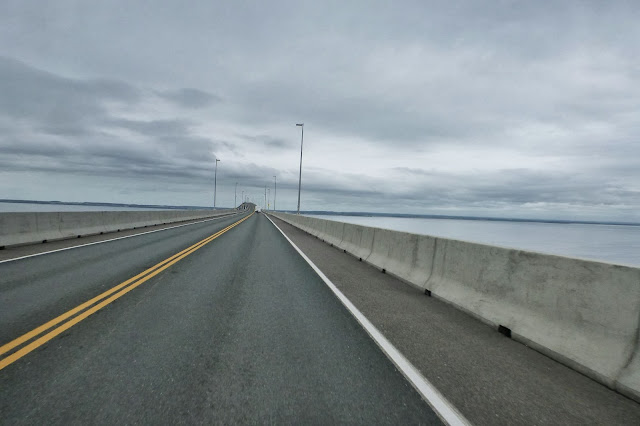 Here is a bird's eye view of the 12.9 kilometer bridge as it looks from the handlebars of my BMW R1200R.  You can just notice PEI in the background 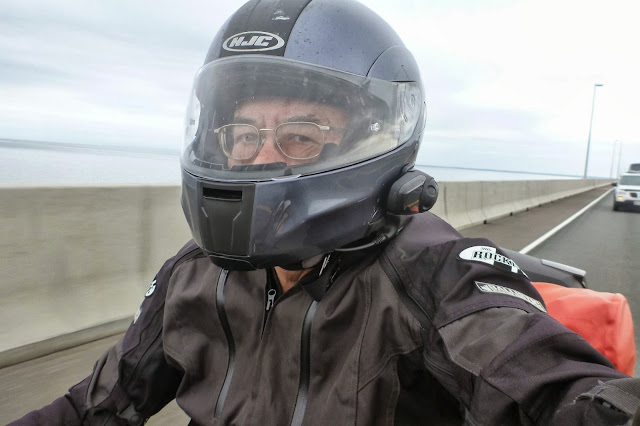 We had been talking about riding our bikes over the Conferation Bridge ever since we were planning this trip, and now we are doing it 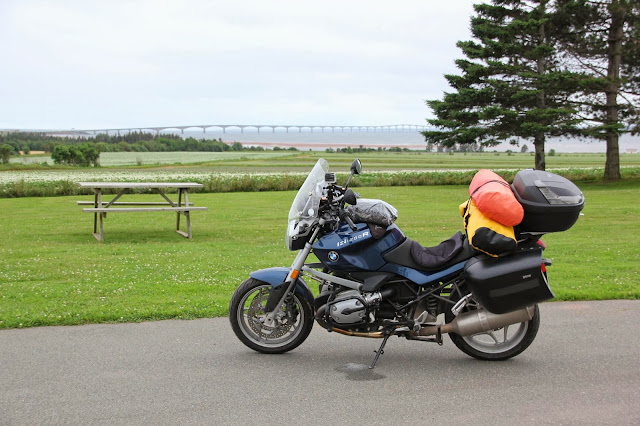 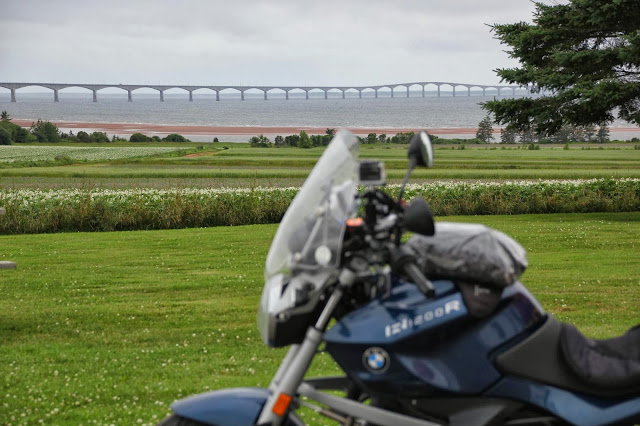 Here is a video to show you how long it felt . . .   VstarLady is in front but I hung back a bit to try and show you a clear road ahead 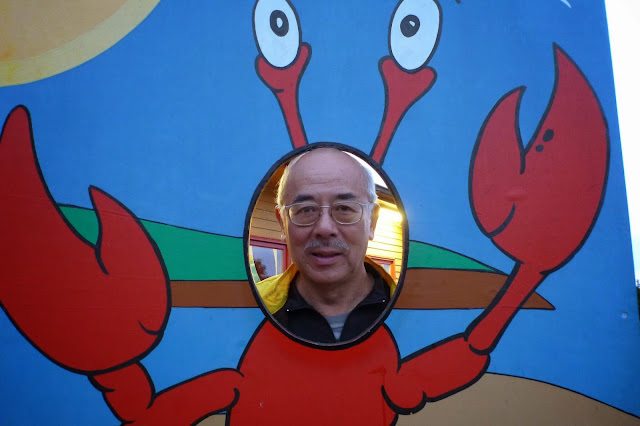