I had been to Oregon before.  One of the first times was when we drove our brand new 1970 Datsun 1600 to the Oregon Coast.   We actually drove it to San Francisco when we visited Mrs Skoot's sister in Berkeley, CA.  Datsuns were good cars back then.  Anyway this was the first time I rode to Oregon on two wheels and I decided to ride my new Kymco Xciting X500Ri Maxi-Scoot

This was one of the first times I had ever been to a multi day rally and I didn't know what to expect.  Camping was included in the entry fee but I had never camped before so I stayed at the nearby budget Motel 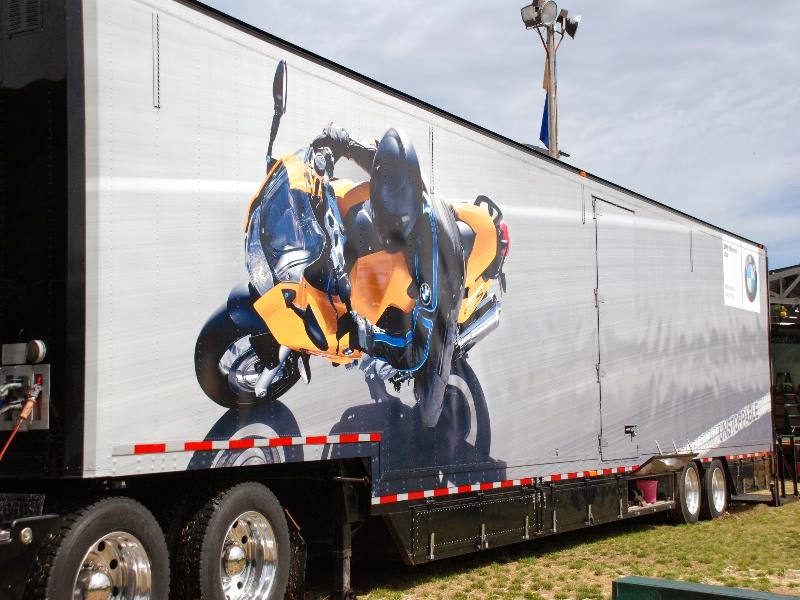 This particular year BMW supplied the bikes for the demo rides.   As I rule I don't do demo rides 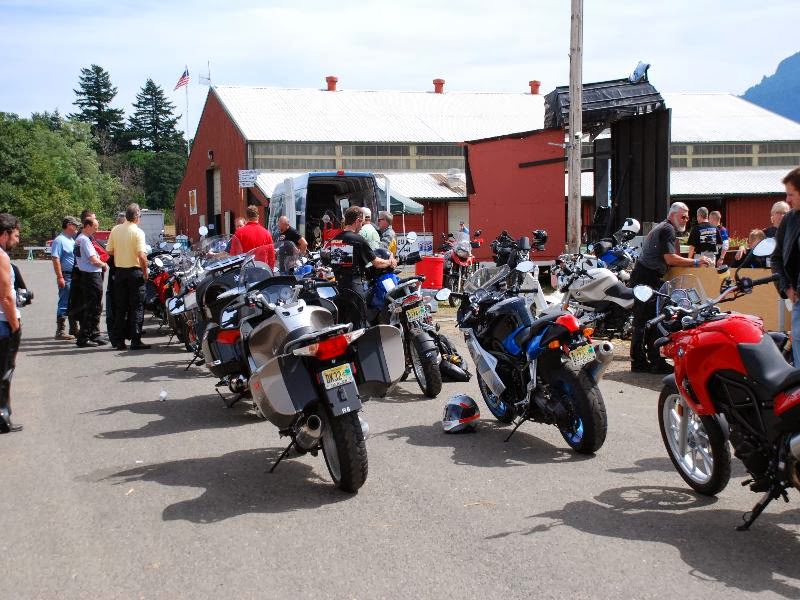 myself unless I am actually looking to buy that make/model.  I generally don't do rides just for the thrill of riding a different bike but here they are all lined up for their prospective riders 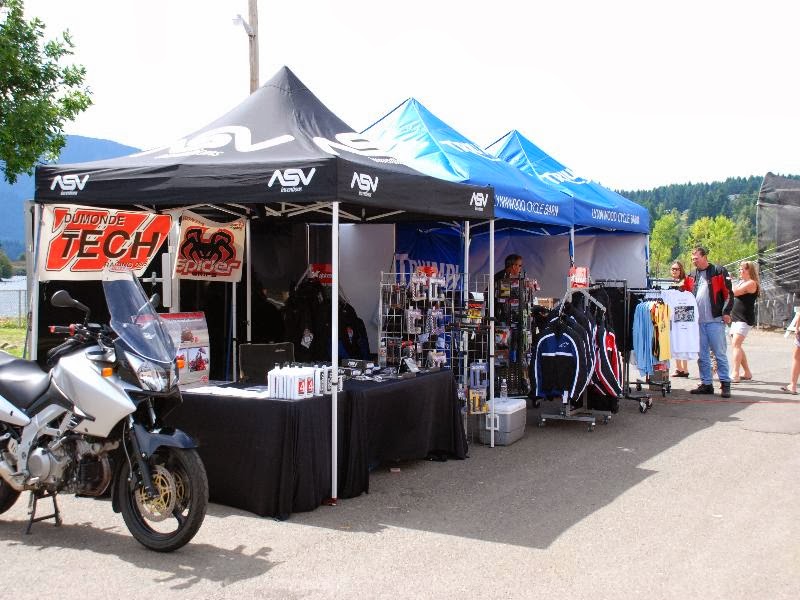 They also had vendors there with moto related accessories for sale.  You could have also ordered tires before arrival and have your new tires fitted during the weekend, right on site

During this 3 day event organized by Soundrider   (link  click here)    you are able to sign up for talks on various riding techniques by high profile riders.    Moto journalist Tom Mehren is the head honcho and he is an authour himself (click here)    He was actually our ride leader and he took us on many backroads around Mt Hood as you will see on the following photos which were taken on various rides, over two days 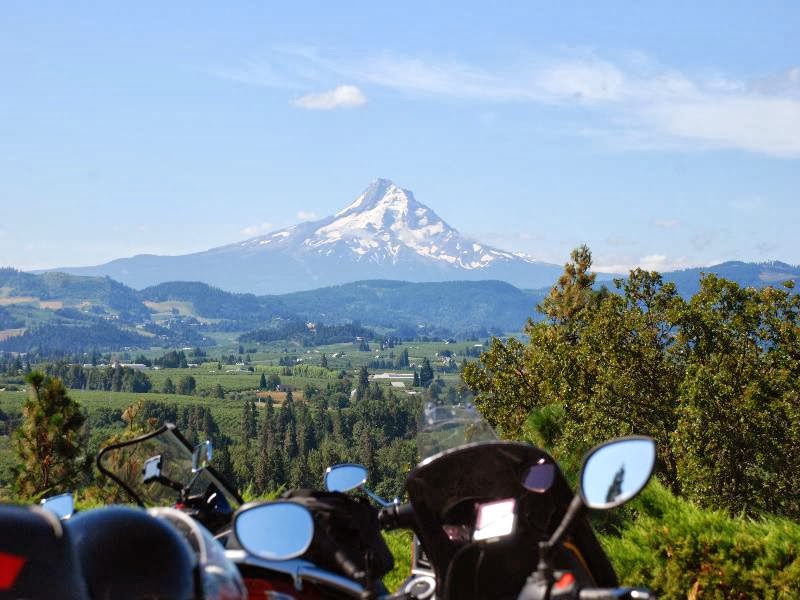 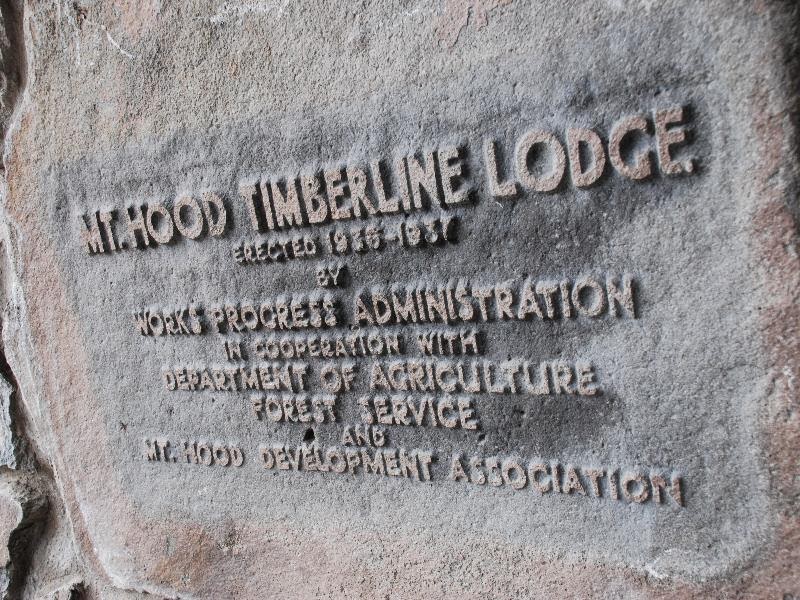 somehow we ended up at Mt Hood 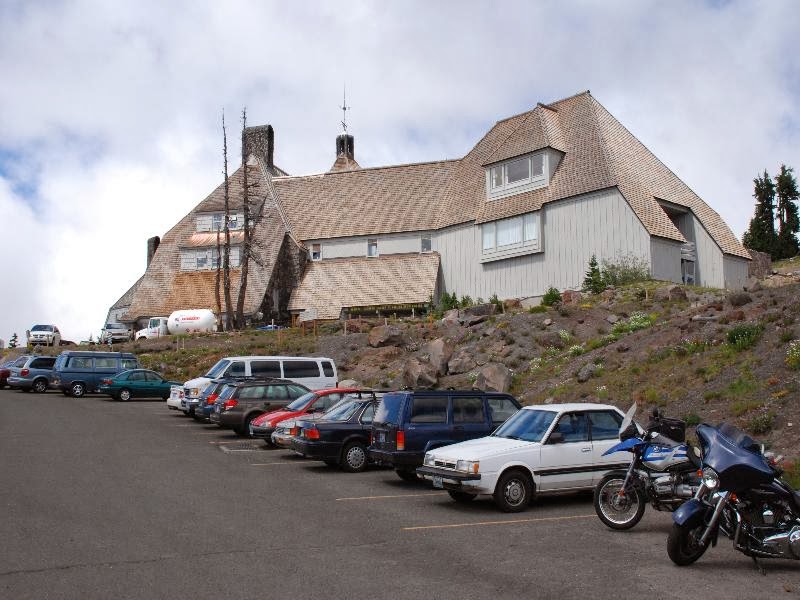 and we had lunch at Timberline Lodge 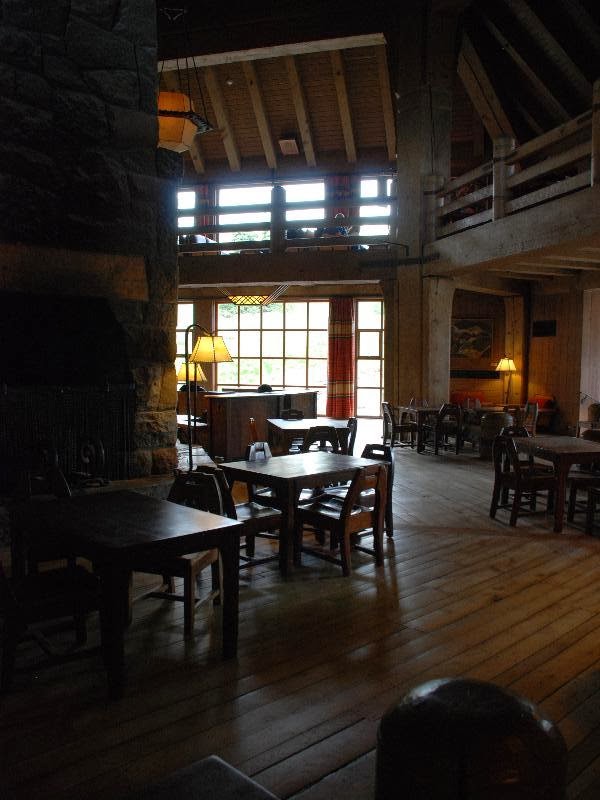 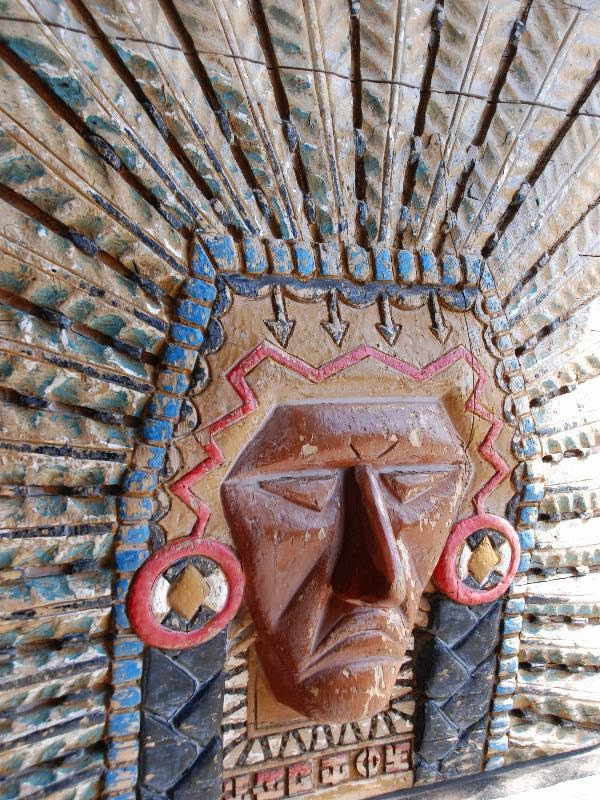 There was also some ornate artwork on the doors.   It was a beautiful, warm August day 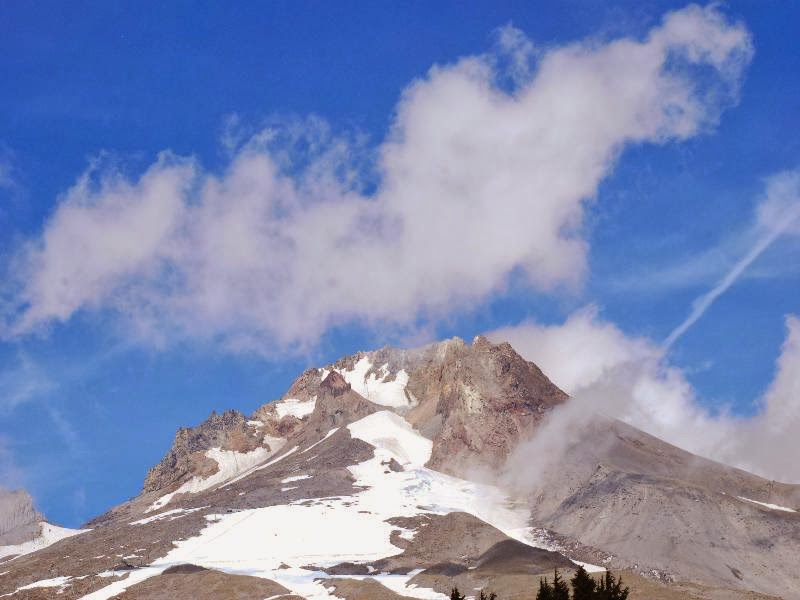 and we got a nearly unobstructed view of Mt Hood.   Of course I also had to snap a photo of 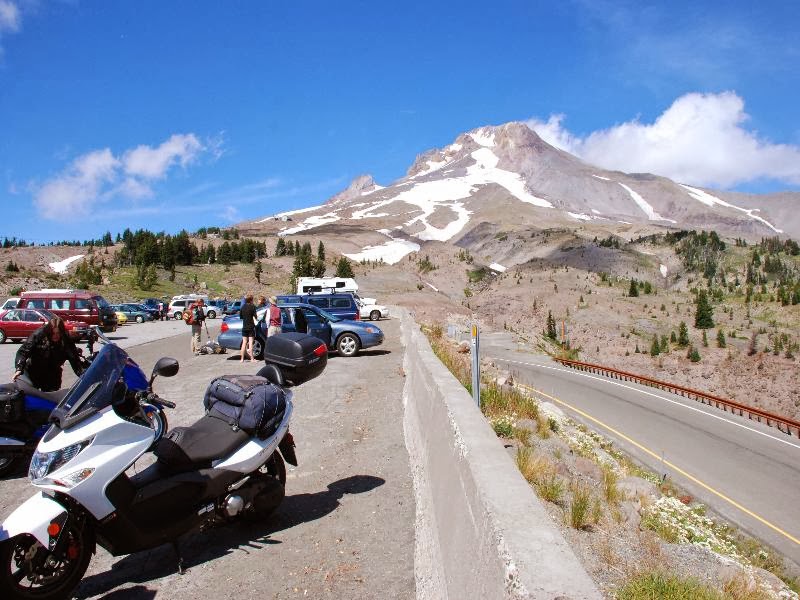 my Kymco Maxi-scoot to show I was actually there.   A few hours later of being disoriented on a few backroads we headed north back to the Gorge where you can see Vista House in the distance 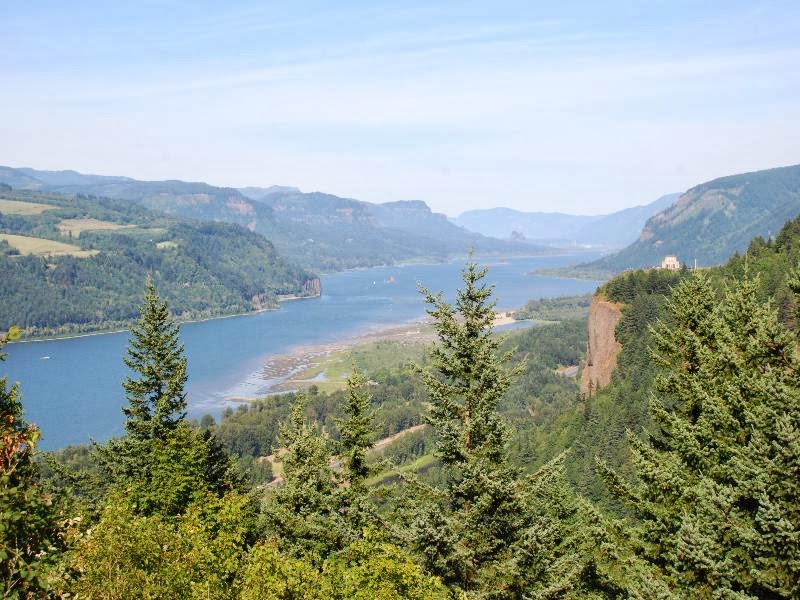 and we made it to the Vista House parking lot 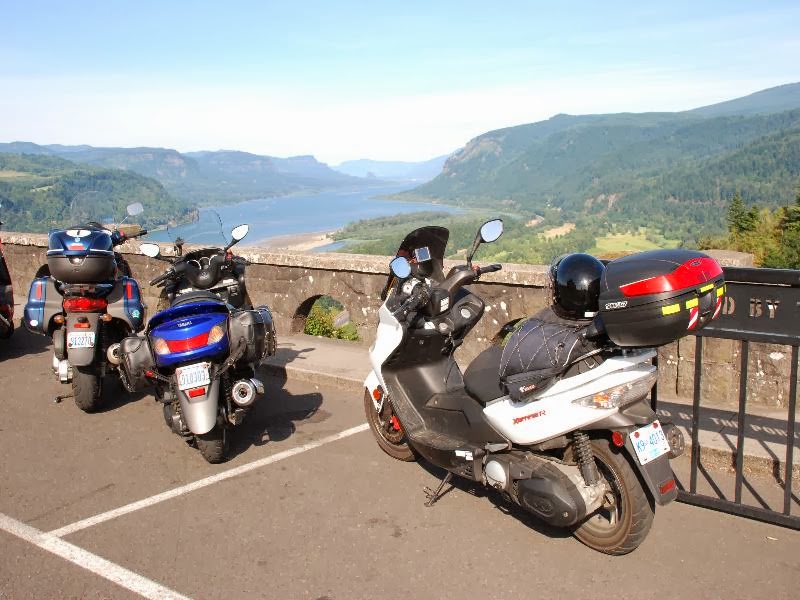 Arrived at Vista House,  (restrooms are on the lower level) 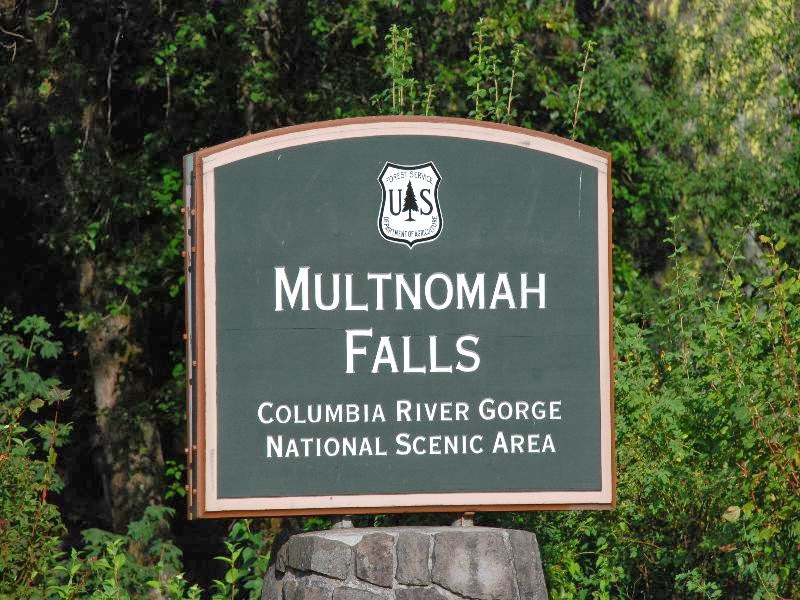 and I had to snap another photo of my scoot 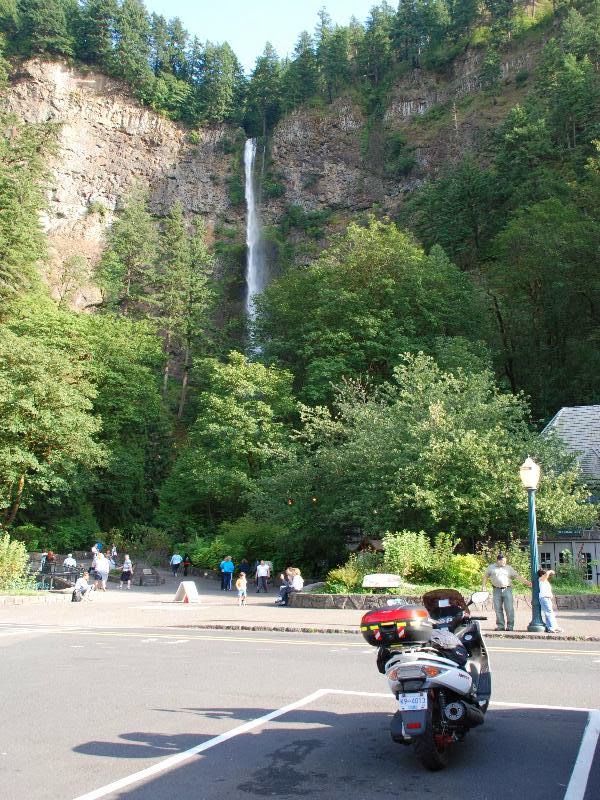 I remember it was very busy that day and I was lucky to grab this spot.  I was much younger back then and I walked up to the bridge 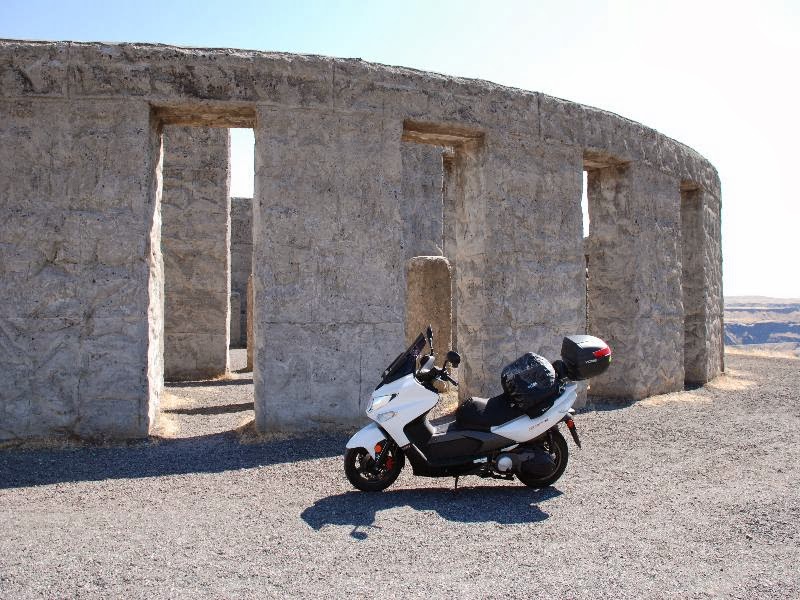 and I managed another photo at Stonehenge.   I rode to the rally, solo,  met a few friends and we all came back together back to the SeaTac area where I continued home back to BC 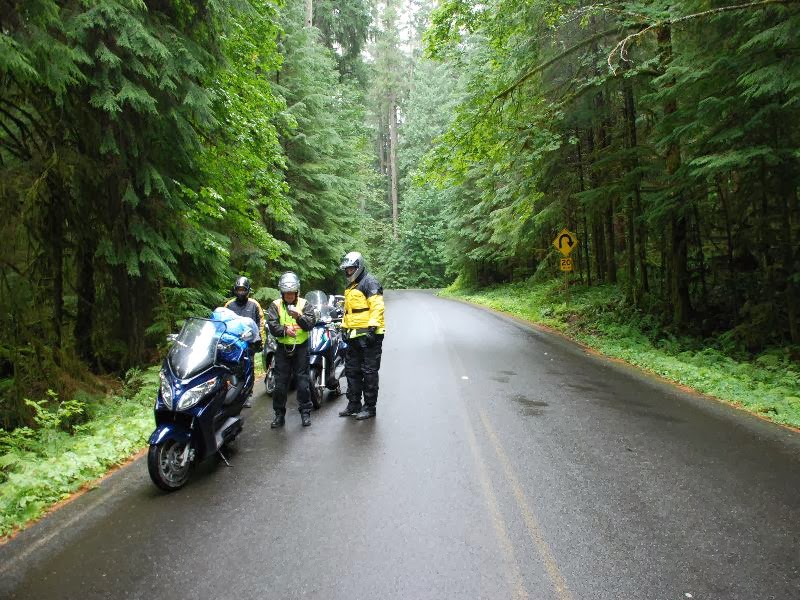 We left Stevenson, WA around 9am in light rain which stopped near Seattle 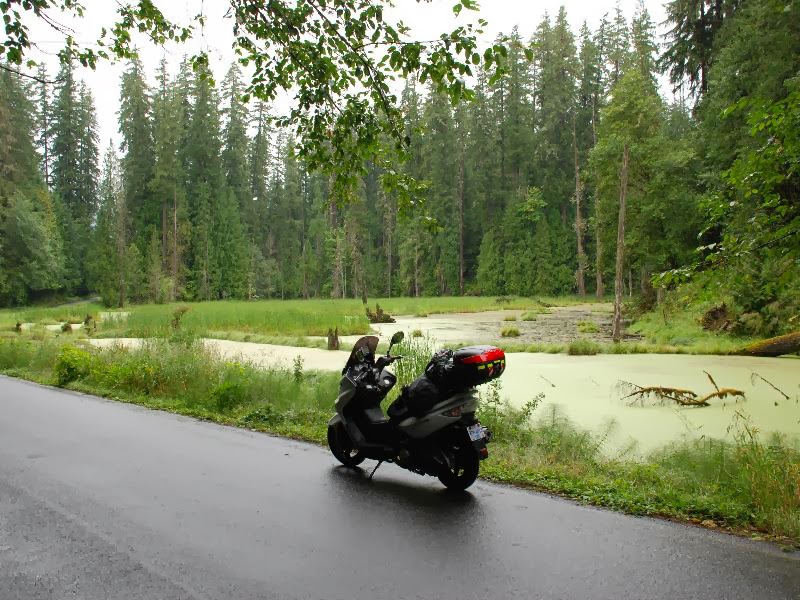 I thought it was a great weekend with new friends.   Thanks for following along