Flashback to August 2008, off to the Sound Rider rally

I packed up my Maxi-scooter and headed south to Stevenson, WA for the annual Soundrider Rally.    I had gone away on weekends before but this was my first multi-day solo ride to Oregon.   I left home early so I could cross the border by 6am.   I took I-5 south until I branched off south of Puyallup and got lost trying to find hwy 7 or WA 161 and eventually I found less traveled roads 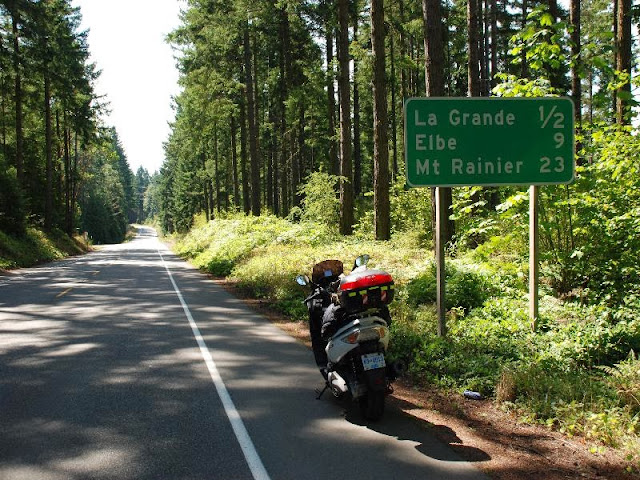 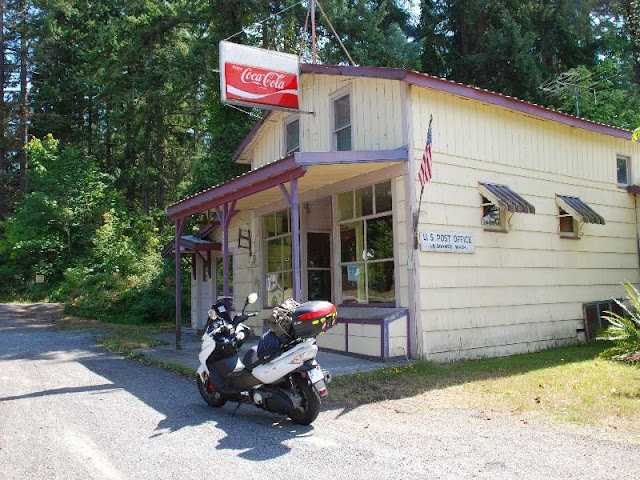 I was riding my new Kymco X500Ri  Maxi-Scooter.   This was the first one delivered into BC.  At that time I also had a couple of other scooters at home, plus my Suzuki GS400s but I wanted to see how the scooter performed on the highway

When I reached Elbe I looked at my map and noticed that was the last place I could buy something to eat so I stopped for a hamburger.    There were a few places to eat but I thought I would go where all the other bikes were parked.   This proved to be a big mistake 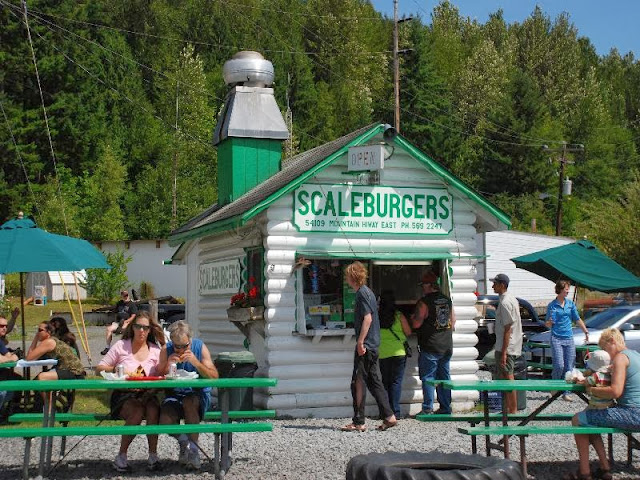 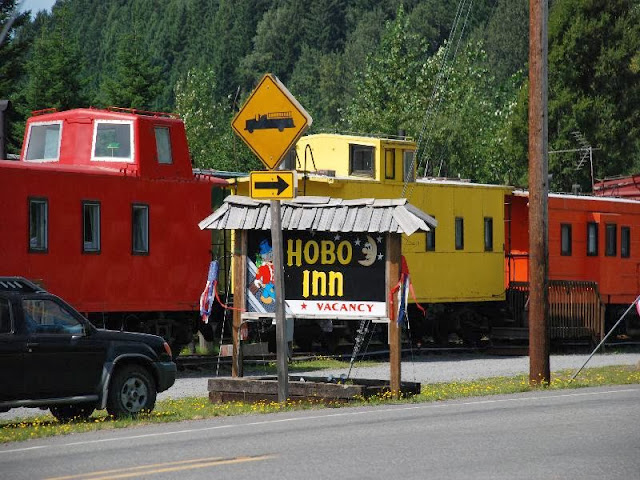 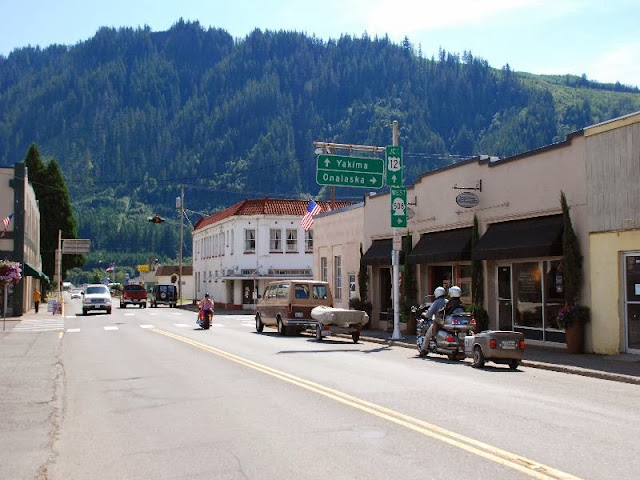 You can barely see their sign on the right at the end of the street, 2 blocks down.  My plan was to take the Wind River scenic Forest service road  NF25 to Carson, WA 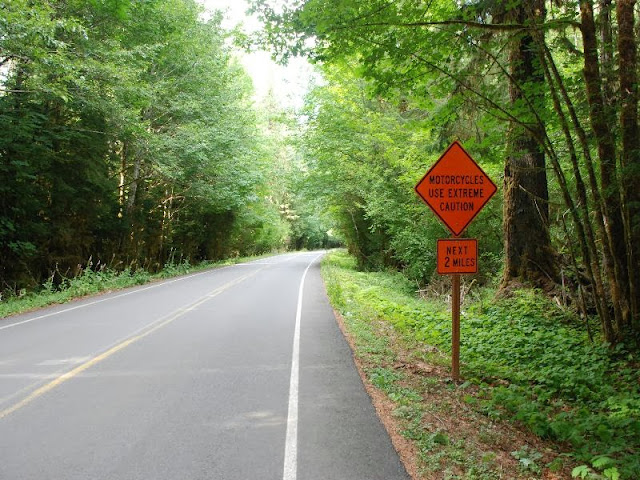 It is not a road to be traveled alone but I took my time and didn't take any chances.    I also wanted to take NF99 to the back side of Mount St Helens but the road was closed due to a landslide, and it was closed 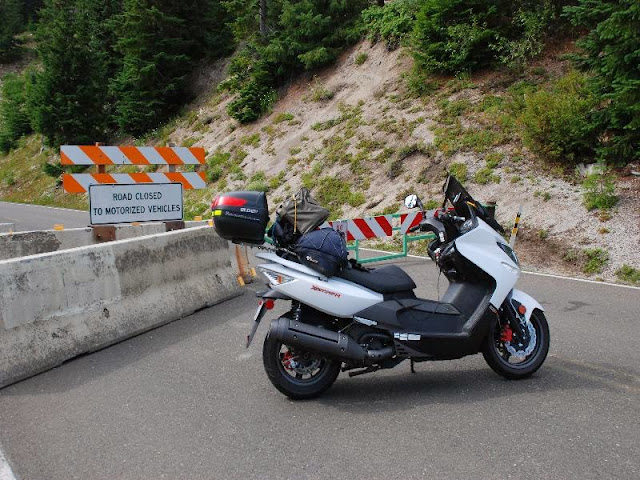 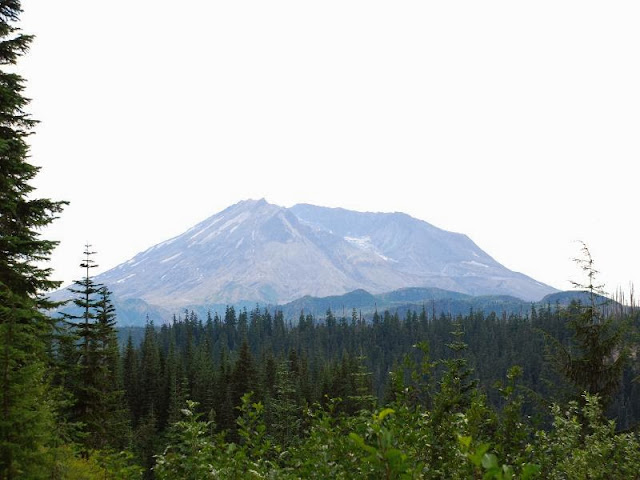 I arrived at Stevenson, WA  just after 6pm.   Soundrider took over the fair grounds and they set up their store inside where you could buy camping accessories 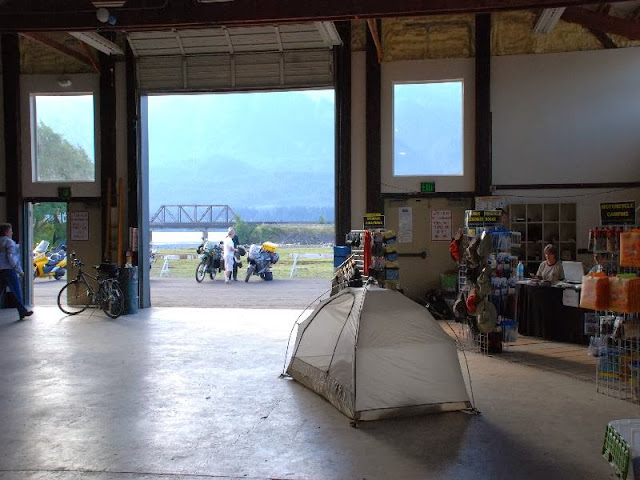 This was the first rally I had been to and I was anxious to meet the others from the Maxi-scooter forum.

I didn't know what to expect but they had scheduled workshops and BMW demo rides. 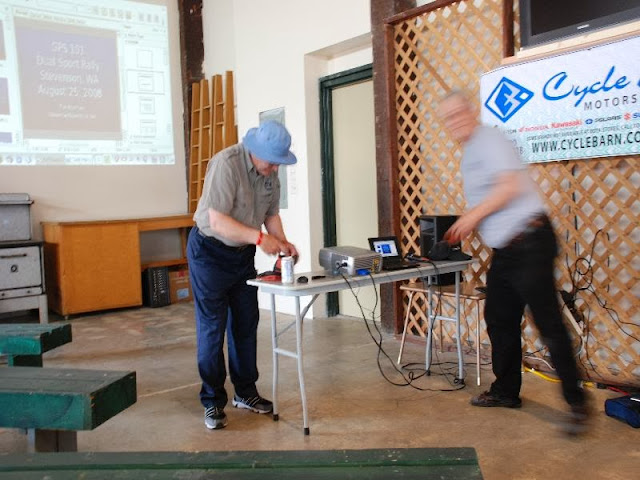 That is David Hough, the author   (on the left) setting up his seminar session

I wasn't into camping back then but this is where you could park your bikes, under cover 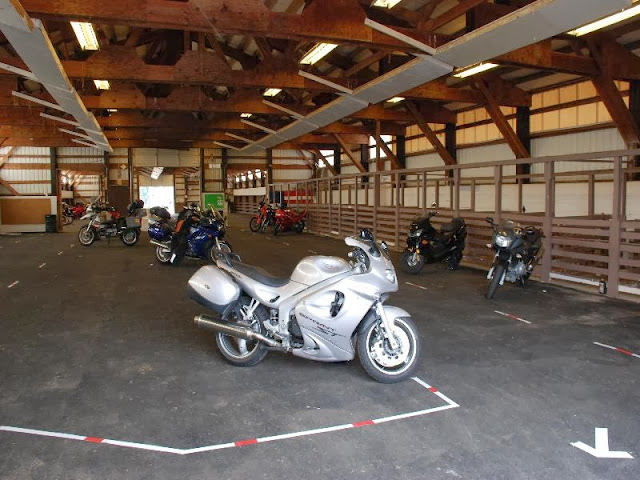 and look what I found parked in the corner 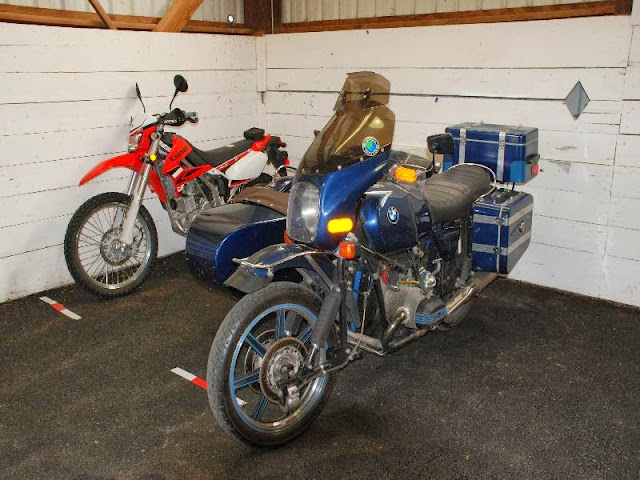 This blue Beemer was David Hough's   Hack  which he has since sold.  He now rides a Canam Spyder ( I believe ) .   I had the pleasure to meet and have lunch with him during the rally 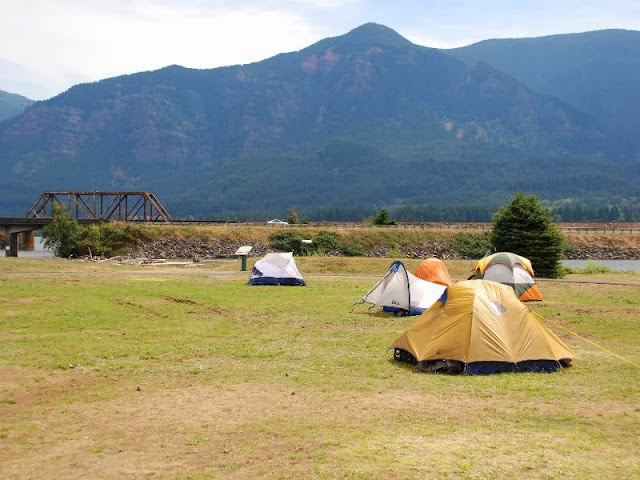 The field was to be full of tents by the next day as I arrived early.  Stevenson, WA is in the Oregon gorge and beside the Columbia River which is on the other side of the train trestle 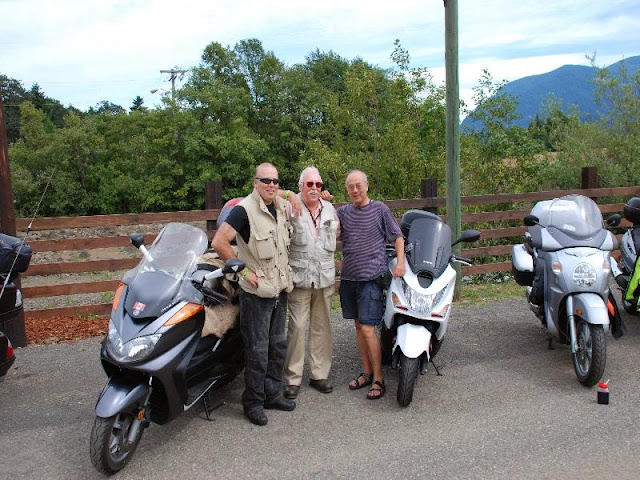 Here we are socializing and putting names to faces.   The problem with forums is that most of us don't use our real names 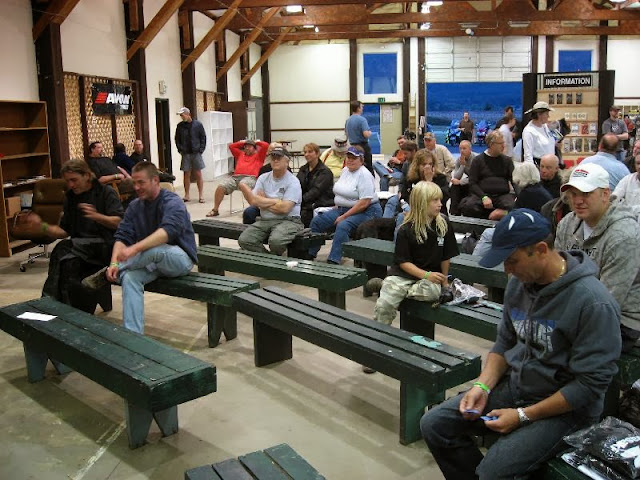 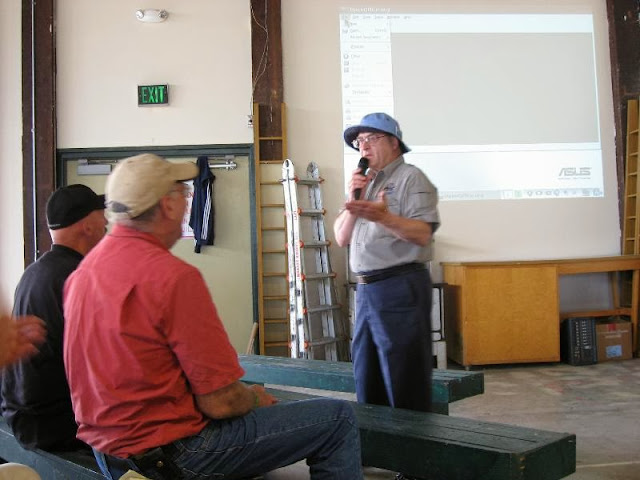 and here he is in action giving his slide show presentation 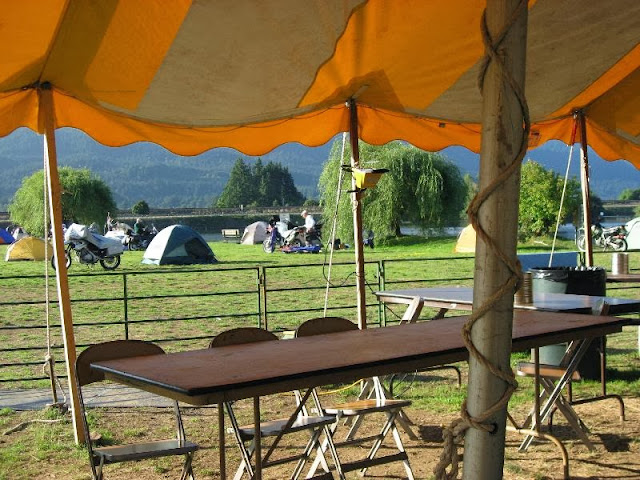 Breakfasts and dinners were provided under the big tent.   After breakfast on this day we went on a very long group ride to Bickleton, WA which is in the middle of nowhere 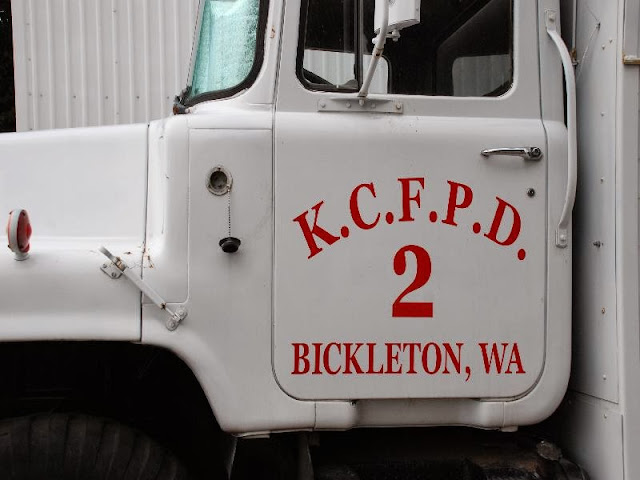 and here we are in front of the oldest tavern in Washington State.    I know, don't drink and ride, but the Bluebird was closed that day and I really needed to find a washroom . . . 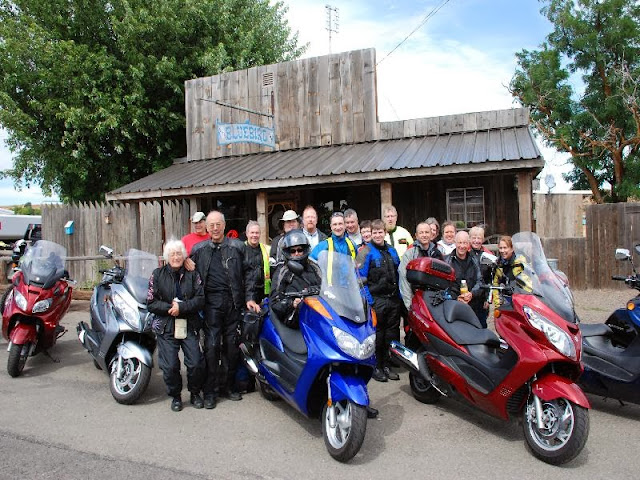