No need for speed

I am not a fast driver or rider.  Speed is addictive and when I was younger, I used to drive faster than I should have.  I drive faster in my Honda Civic than my sports car.    When you have a big engine with power, there is no need to prove anything to anyone 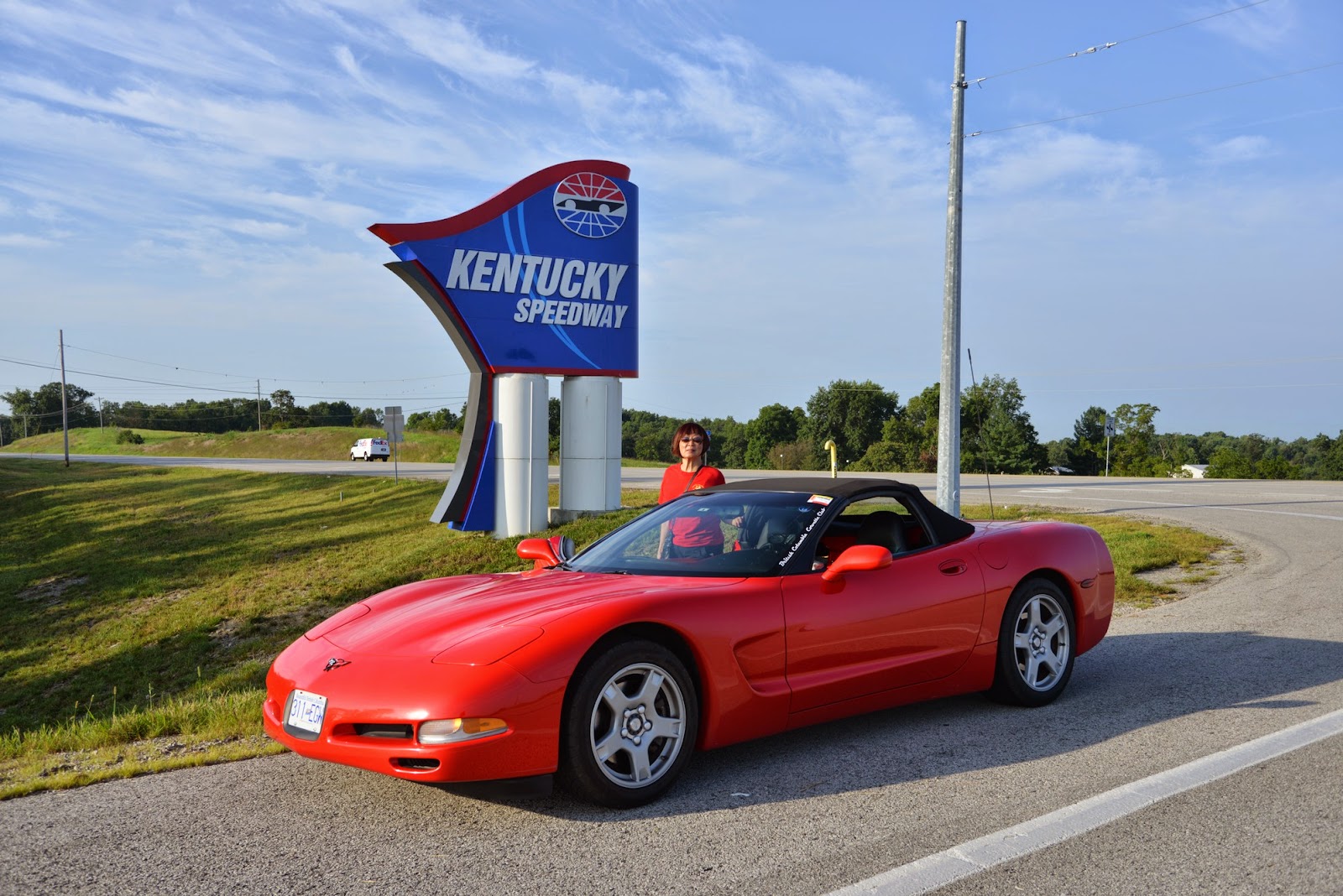 I have no problems passing anyone if I wish to.   Before this trip to Bowling Green was planned, we had a chance to purchase Lap time on the Kentucky Speedway as we would be passing through Florence, Indiana and Kentucky was just on the other side of the Ohio River.

Most others in our group were purchasing lap time so not to feel left out, I purchased a lap session too.  I had never been on a race track before and I was afraid that I would be too slow and hold everyone up 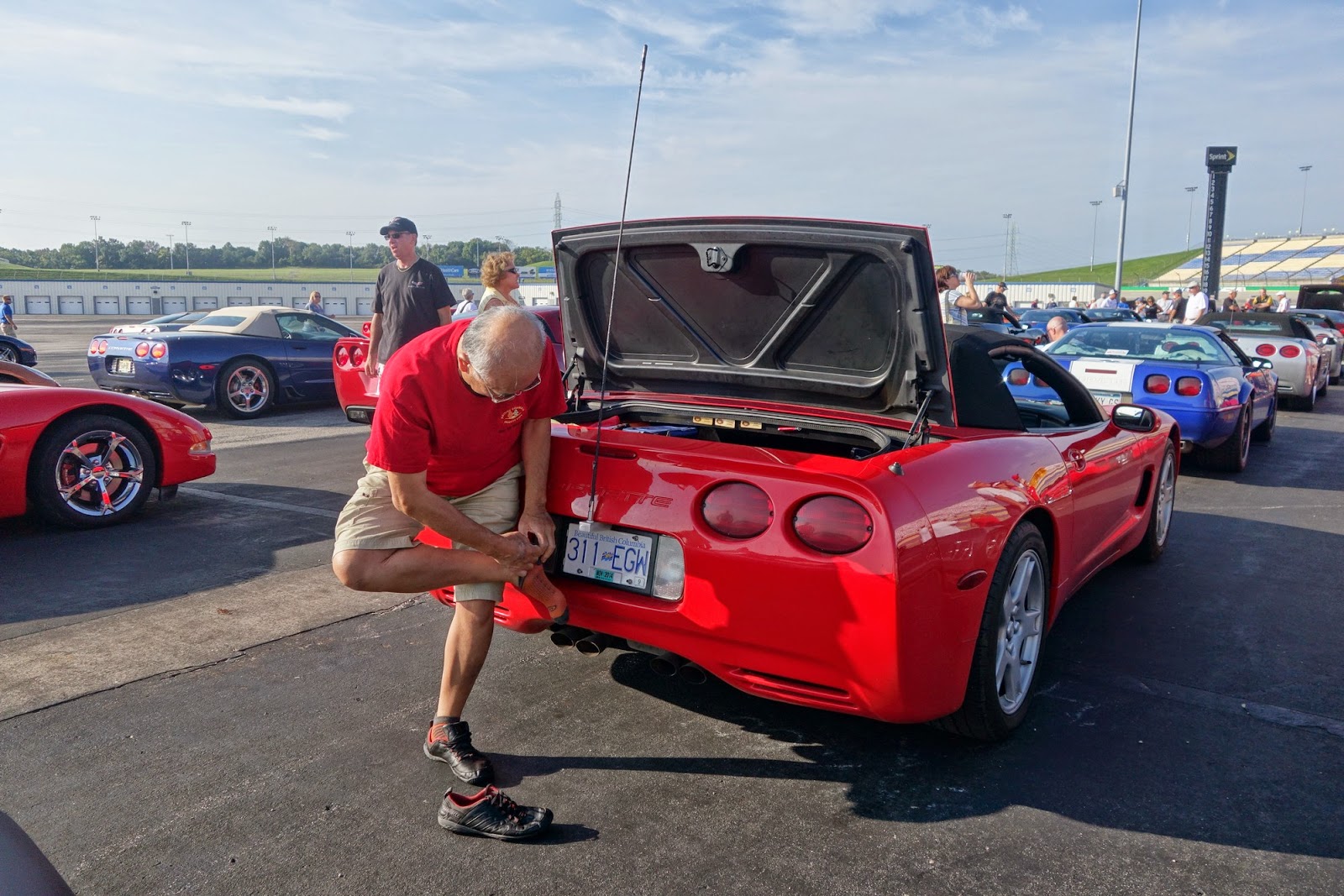 At the race track they have rules.  You have to sign waivers.   You are only allowed to walk into certain areas 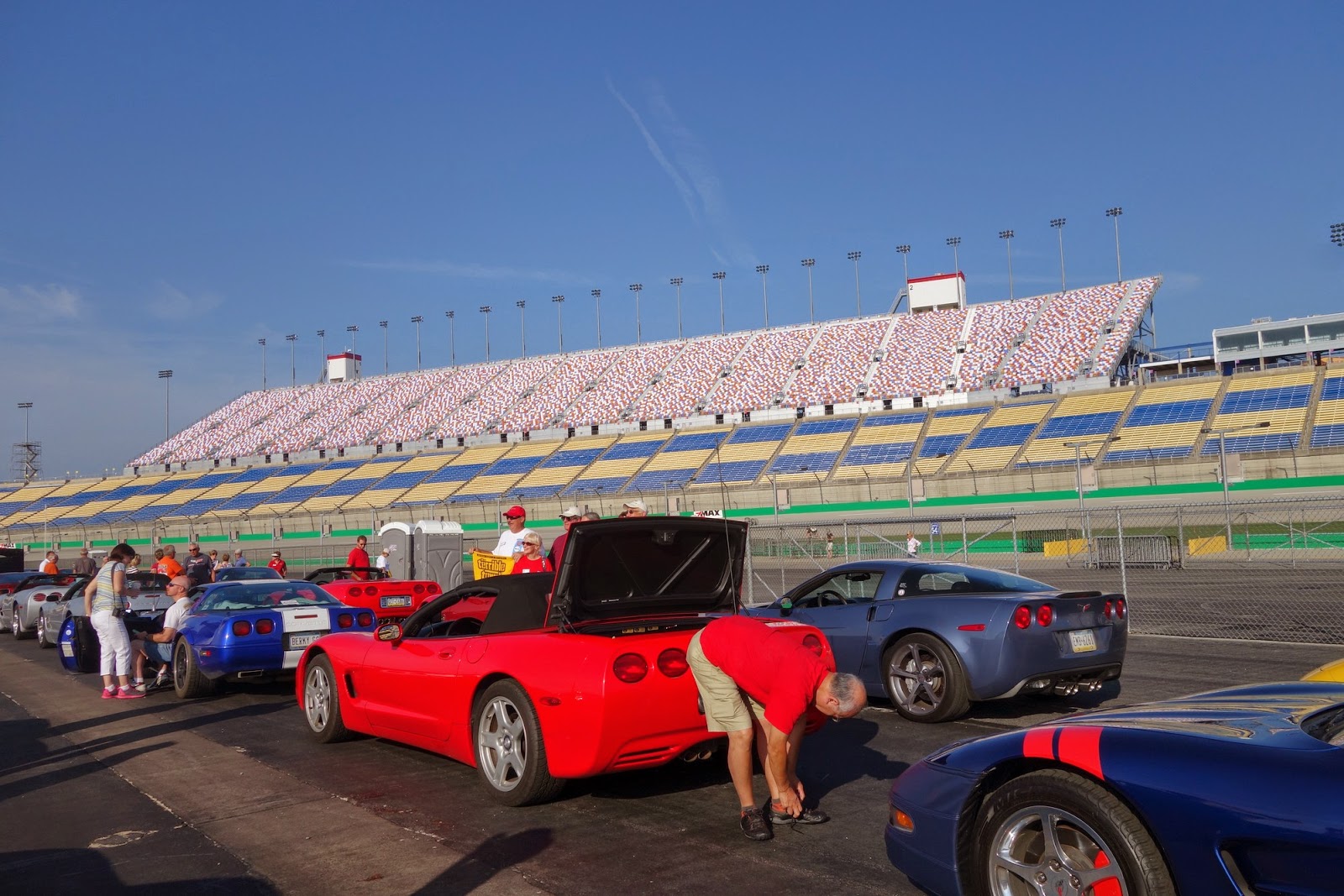 and because most of use were first-timers, we were limited to speeds and had to follow the pace vehicle and not pass anyone.   I had also never driven on a banked road surface before 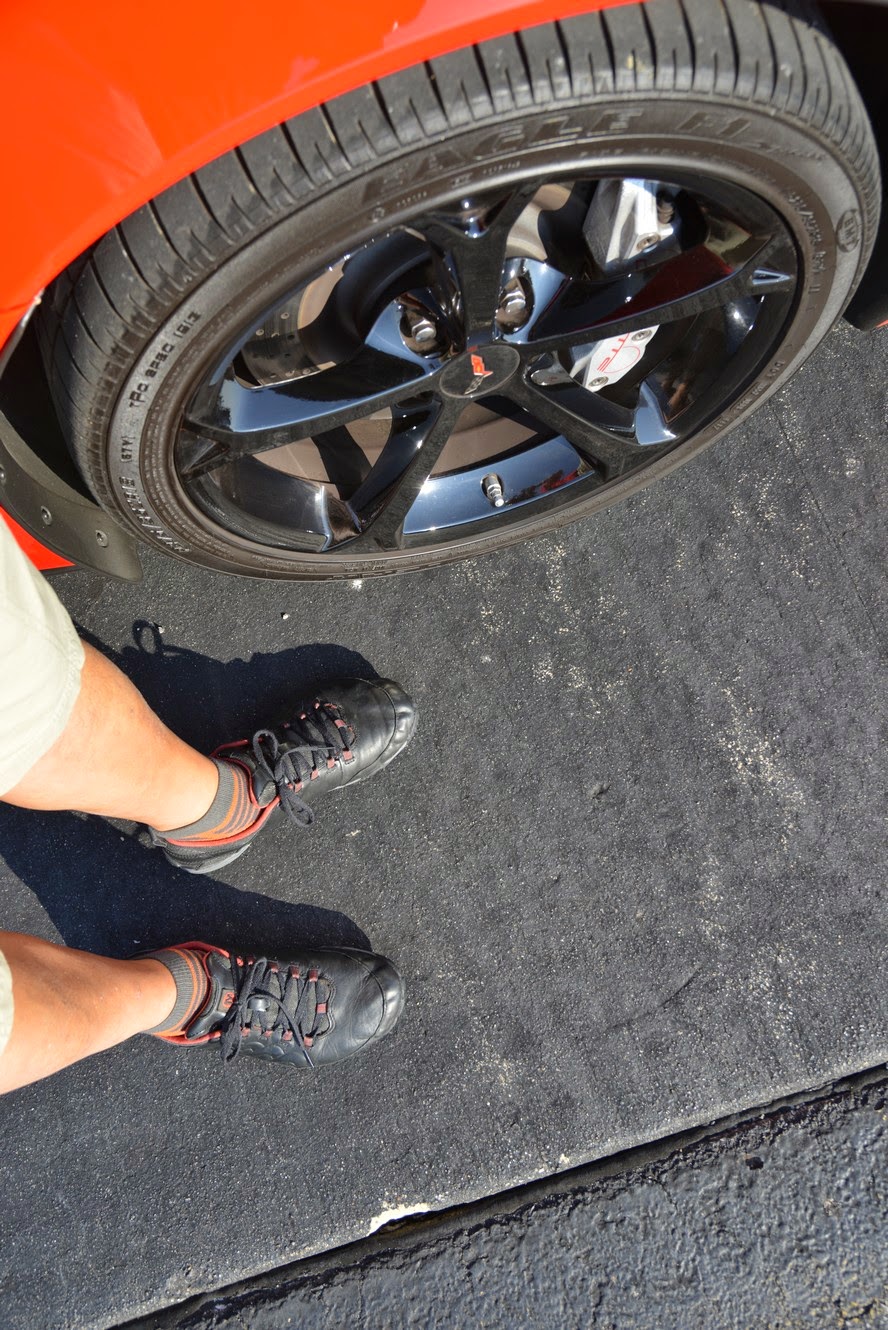 So here is a very rare time where I would have to wear closed toe shoes during my vacation.  And there are also those important Drivers' meetings before you are allowed on the track 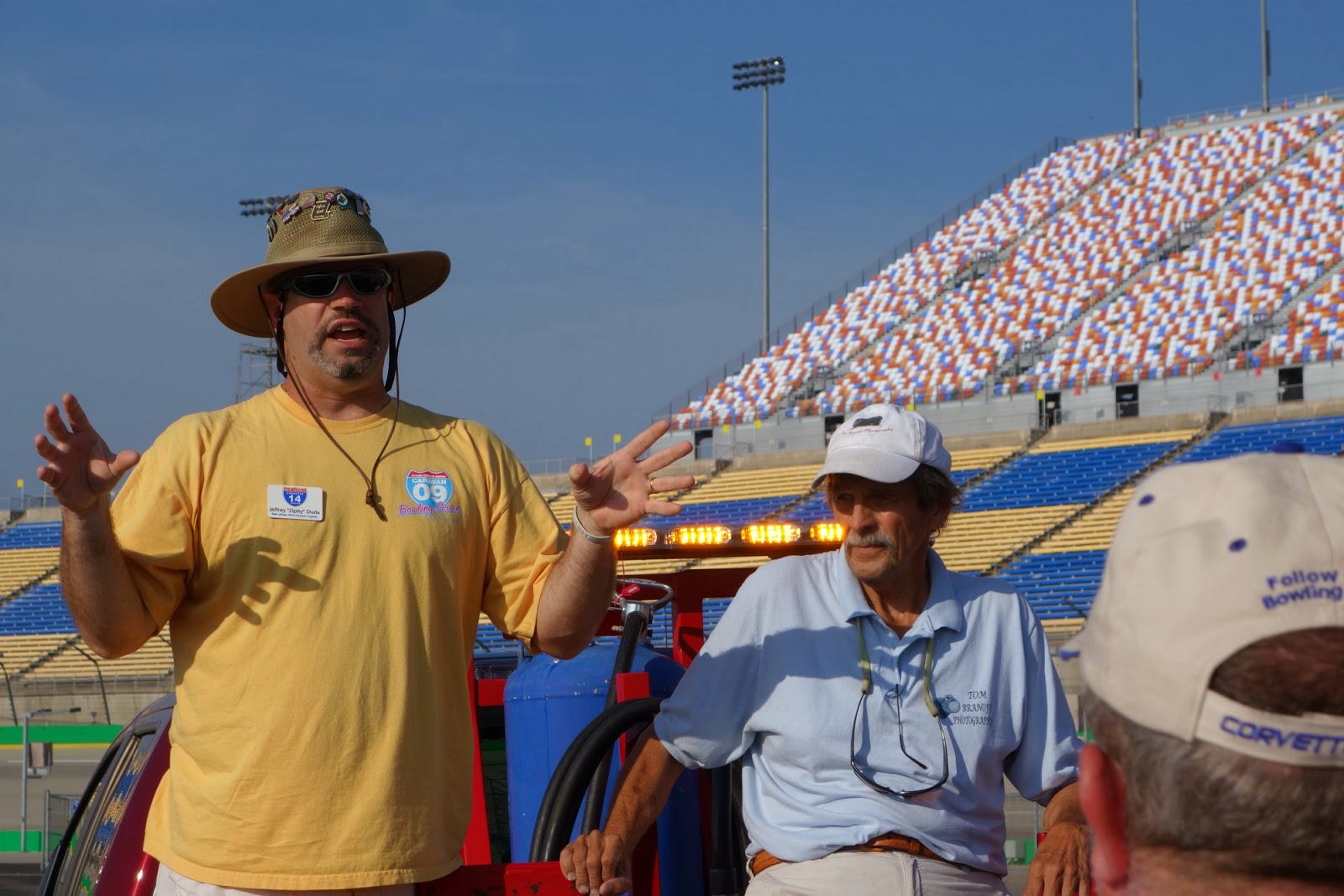 Driving on a race track is not something that can be done easily.   You just can't drive by in your rental car and decide to pull in and do a lap or two.   Anyway I survived and it was fun.   I have never driven my car this fast before.   Remember that this is an oval track and the straight section is not that long.  You have to build up speed on the corner,  hit the throttle and then be careful to make the corner at the end of the straight section.   It takes guts to keep the power on until the last moment

We have not had internet for the past 3 days so I am behind.  Some of my stories will have to wait until I get  home.   We also leave early and get back late.   Tomorrow is another 5am alarm and leave by 7am.   We are staying just outside of Bowling Green, Kentucky.   We are melting in the humid heat.  Even the locals are moaning and groaning.   We are here for the 20th Anniversary of the NCM: National Corvette Museum

We started out as a group of about 200 Corvettes traveling with the New Jersey Corvette Caravan.  Included in our group are Corvette Clubs from Nova Scotia, New Brunswick and PEI: Prince Edward Island.   I now have new friends in Atlantic Canada.  Today we were joined by two other Caravans from Mid Atlantic USA so this morning we were a group of 400 Corvettes traveling together down I-65 to the Corvette Museum

Also the other cars from our Club,  BC Corvette Club arrived late this afternoon.   They drove from Vancouver and left August 21st.   So now we have 15 cars from our group all here in Bowling Green, KY.  It's nice to see familiar faces