dinner which we had on Christmas Eve.  We were invited by our BIL: Brother-in-Law, who wanted to host our family dinner again.  It has been at least a couple of years since we last made Turkey.   Last year was roasted Duck, and this year it was Alaskan Black Cod, aka:  Sable Fish. 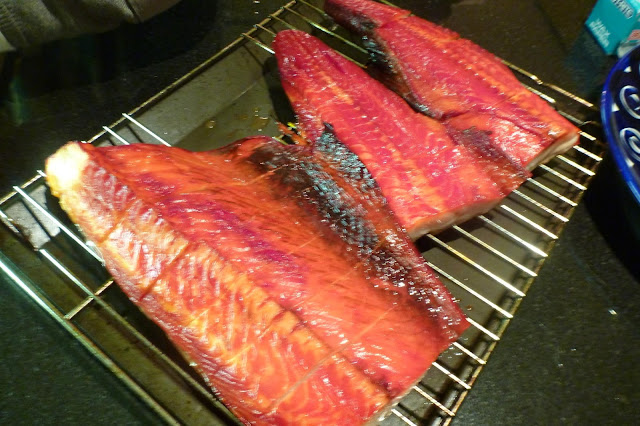 We had big fillets ready to roast 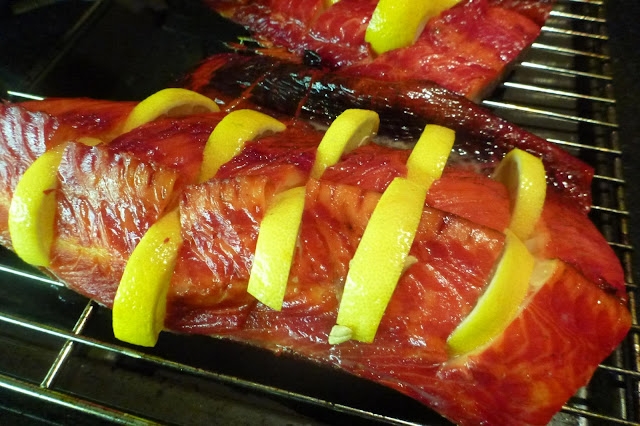 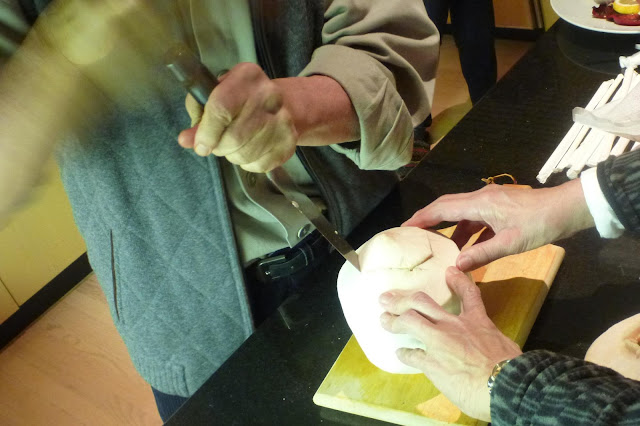 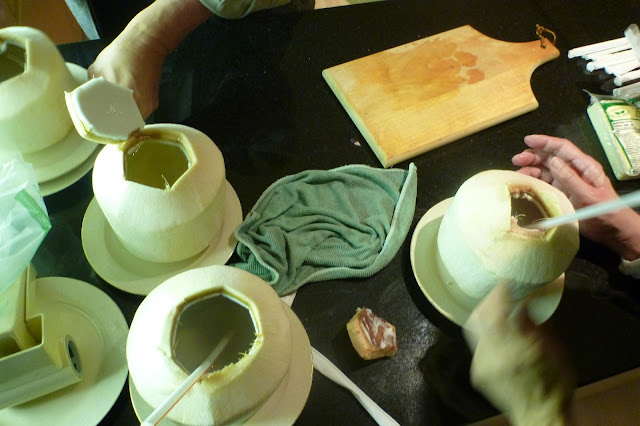 After the liquid is finished you can still scrape the insides for the coconut meat.   I try not to take a lot of photos at family functions but we also had Quinoa with raisins & walnuts, yams, leeks and sweet potatoes.  For dessert we had a large assortment of french pastries and cream puffs.

The following photos are our desserts from Christmas day 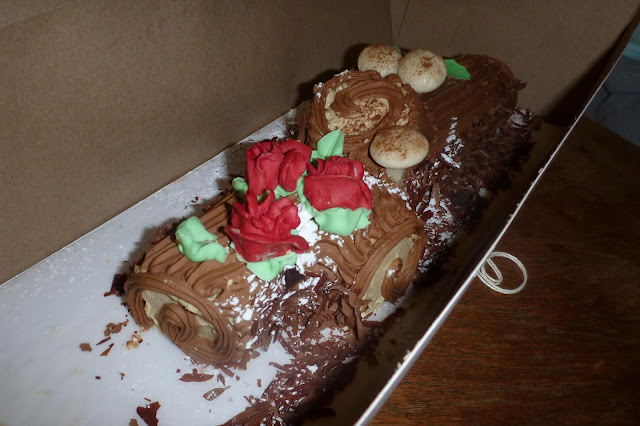 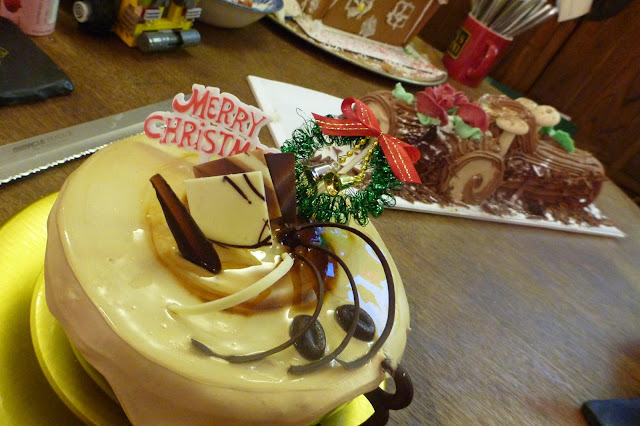 and a nice cake which was shaped like a coffee cup