When I was exploring the backroads of Indiana my plan was to stay around the Greater Chicago area so I could have breakfast with Biker Baby.  We had been sending emails back and forth and I missed her when I was heading East so I made an extra effort to contact her on my way home.    I sent her a message earlier in the day and I hadn't heard from her so I had to make a decision to start heading West on I-80.   The plan was to ride a few hours into the night to put on some miles but due to the Chicago Traffic and the heat I got tired and decided to stay the night in Ottawa, Illinois.   I had a nice sit down dinner and when I got back to my Hotel I got a message from Biker Baby that she and Rich would be available on Saturday morning

To make it easier she found a nice restaurant nearly in the middle from her home and my hotel so we decided to meet in Yorkville, IL.   This meant that I had to backtrack nearly an hour towards Chicago and wouldn't you know that when I got to the intersection to turn into the strip mall, they were in the left turn lane watching me 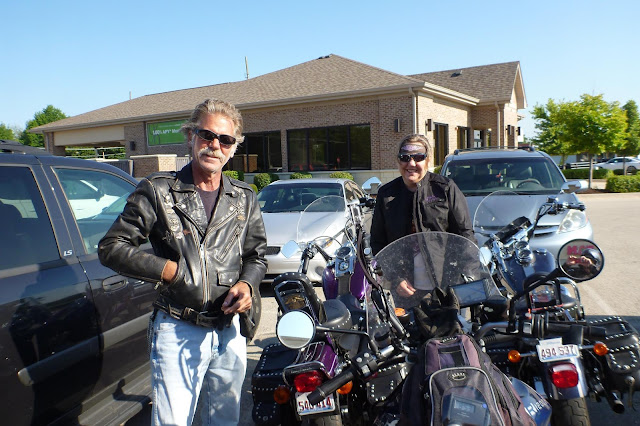 Meet Rich and Biker Baby with their shiney Harleys.   BB told me that when she bought her HD they went on a trip to California and they put on 10,000 miles.

I know we have been sending emails back and forth for some time and when we met, it was like meeting old friends 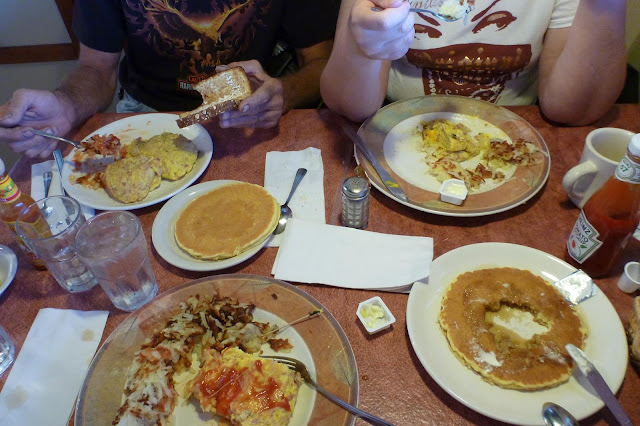 They serve very large portions here and I had to leave some food behind.  Rich, thank you again for providing breakfast for me.  Yes, that's my pancake.  I have a habit of making a crater in the middle for the syrup so it doesn't roll down the sides.  We spent a couple of hours at our table chatting about his planned trip to Alaska and the staff were in no rush to have us vacate our table 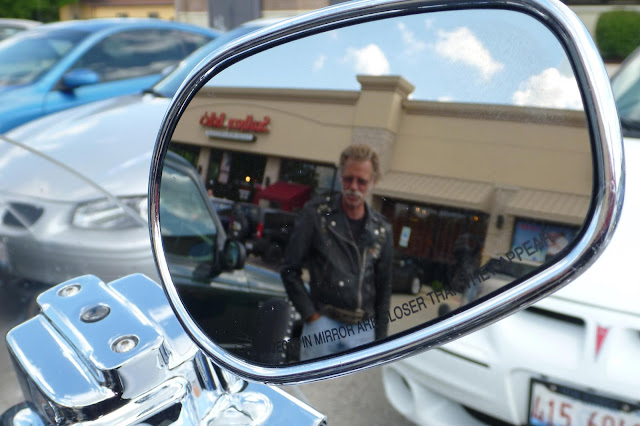 Eventually we finished and had to move on.   They decided to keep me company back to I-80 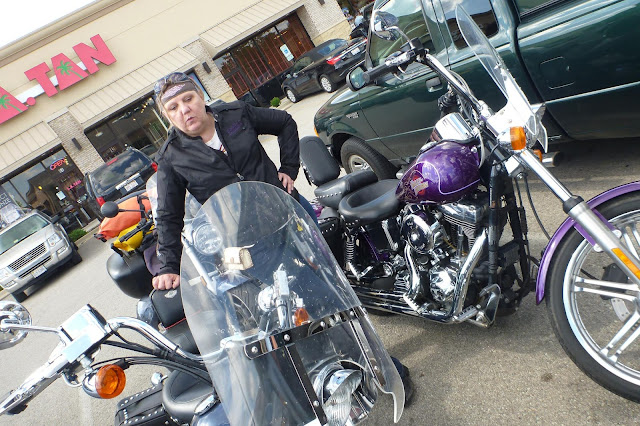 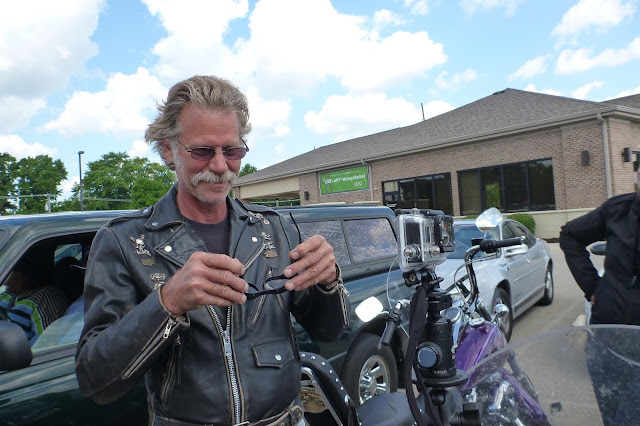 And here is Rich getting his glasses ready . . . 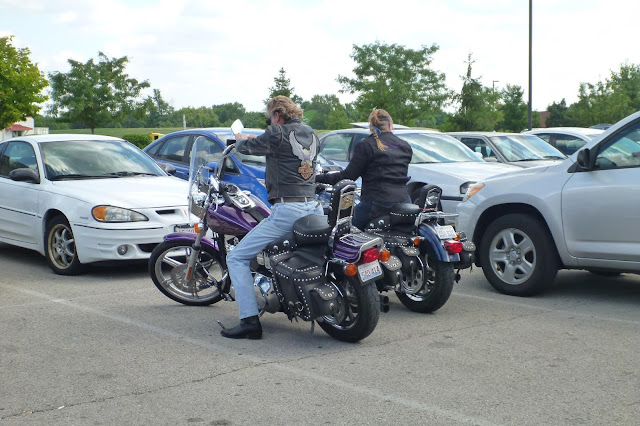 soon we are mounted and rolling .  On my way northbound on Hwy 71   I noticed a shell of a plane and I told them I wanted to stop there for a few photos 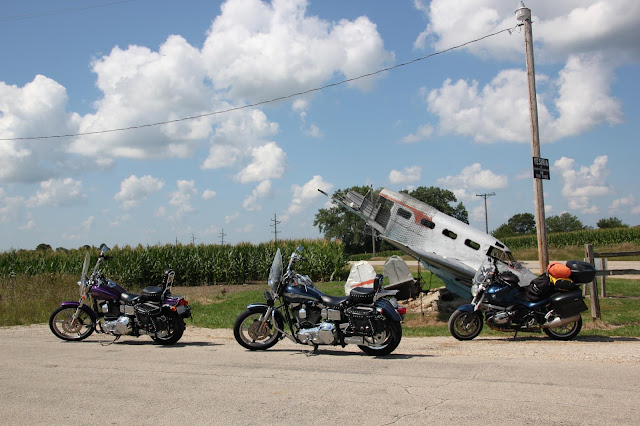 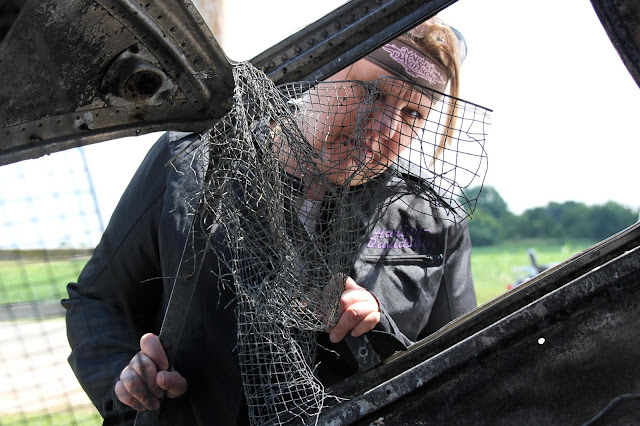 Good bye Biker Baby.  It was great to finally meet you and hope our paths cross again .   Thank you both for making the time to meet up for breakfast.

Here is a video of us riding together, southbound on Hwy 71 about an hour north of I-80