Monkeying around in Denver, CO

Thanks to my hosts I had a non-riding day before I start my trek home to Vancouver.  I've never been in a hack before and today I was the "monkey"  (passenger in the sidecar) 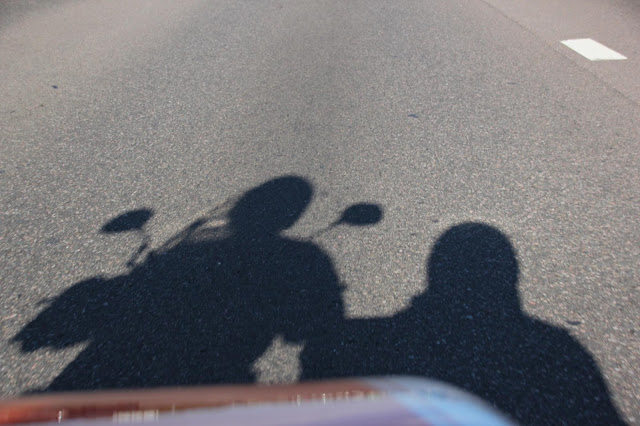 my job was to take video and snap a few photos of Valencia .  But first, breakfast at the iconic Red Rocks Grill.  That was the plan but it was closed.   It took over an hour to get free of Denver traffic and it is easier in a Hack because you don't have to balance as you move a few feet at a time 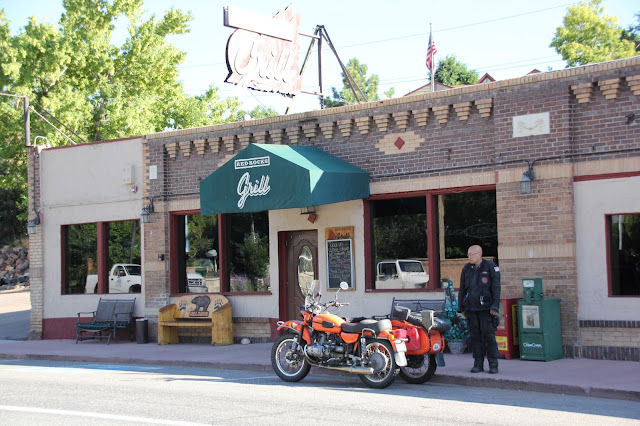 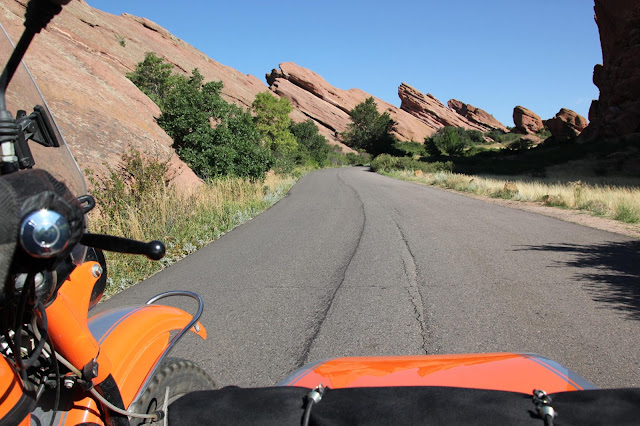 Dom took me to beautiful Red Rocks Park and Amplitheatre.  You may notice these familiar looking rocks from his prior posts

You are not allowed to just sit in the sidecar and watch the world go by.  My instructions were to stay put if we are turning left, but lean right on right turns.   I was trying my best but got mixed up a few times.  I also think they should put rear view mirrors on for passengers so we know what is going on around us 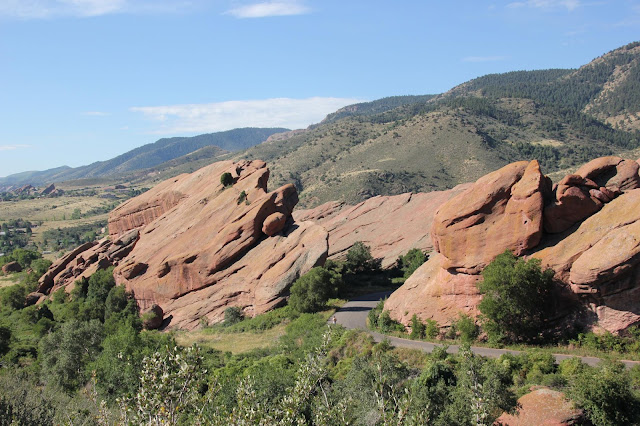 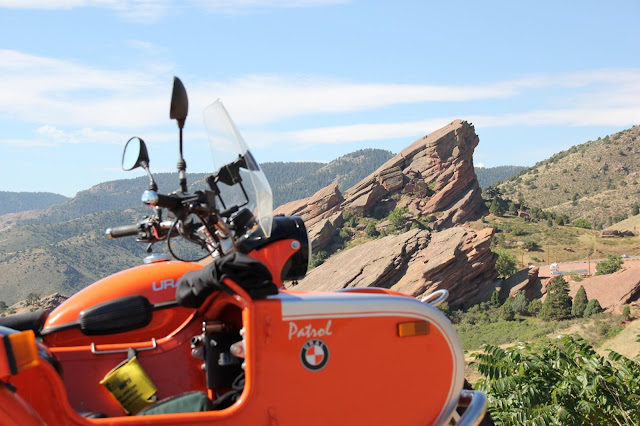 It also took me a few tries before I had a system for climbing in.  It's not as easy as it looks as you don't want to scratch anything 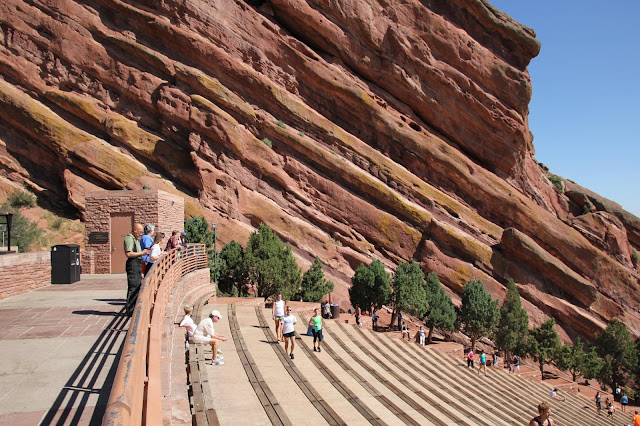 Hard to believe that this basic structure was completed in 1941.  It looks new 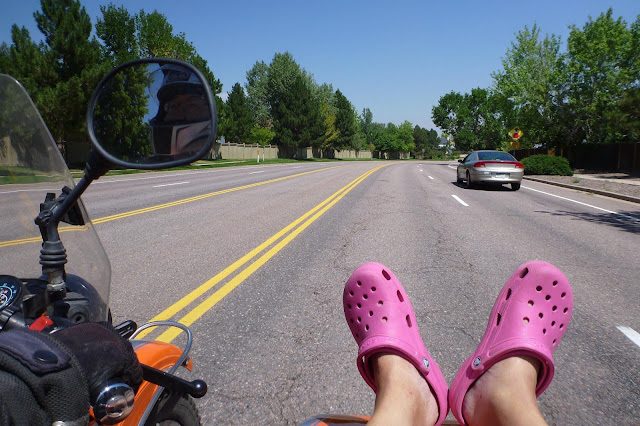