A few weeks ago I decided to upgrade my pocket camera.  I wanted something with more manual controls and with a larger sensor.   As with everything in life there are compromises.   Sure there are better cameras but they are usually larger and too large to fit into a pocket.  I wanted something non-threatening for social photography.  Something less conspicuous than a much larger dSLR.   I did pre-order the new Fuji X-E2 but our son liked it so much that it is now his.

I bought the Sony RX100 M2 but it is difficult to hold on to, because it is so tiny and slippery.  I was reading on the local forums about buying a grip to make one-handed photography easier. 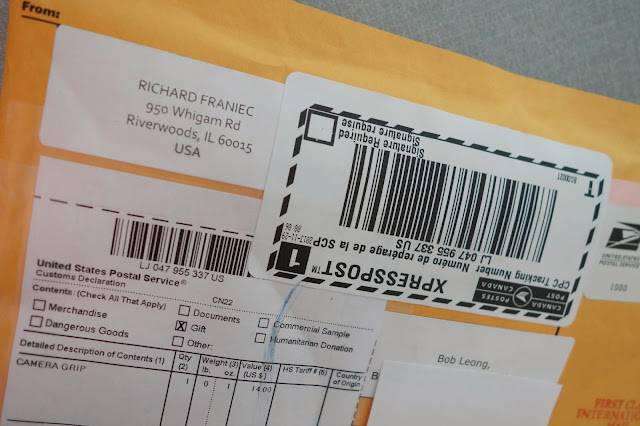 There are several grip options but the one that most people preferred was the Franiec Grip and I received mine a week ago.  Richard Franiec makes grips for several camera models and they are very well made.   You can go to his website   Here1 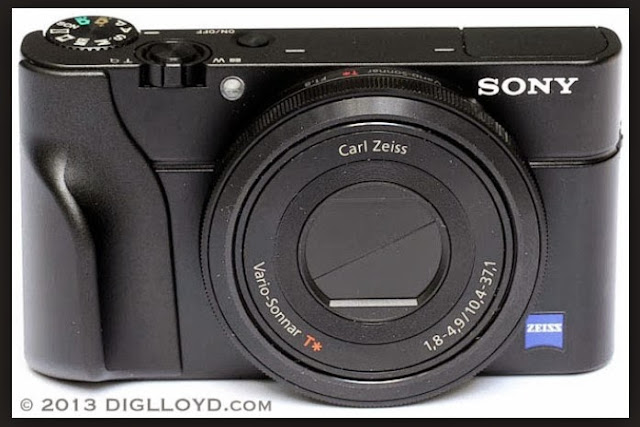 Once installed it looks like it came from the factory.    It is well integrated with the body and gives a more secure feeling.    Now it sort of looks like the Lumix GX7 which I was going to purchase first but I didn't wish to get into a new lens system, nor did I wish to buy more lenses with another M4/3's lens mount . . .  thus the single zoom lens of the Sony RX100 M2 which also has excellent video modes.

The menu system is similar to my Sony NEX-5n.  More similar than different.   They both have similar modes but found in different places.   The RX has a programmable Fn button where you can set various functions so you don't really have to dig into the menu system to find what you want to do.   One function I use a lot is Anti-shake.  On the NEX it is found on the Mode dial.  On the RX it is found in Scene modes 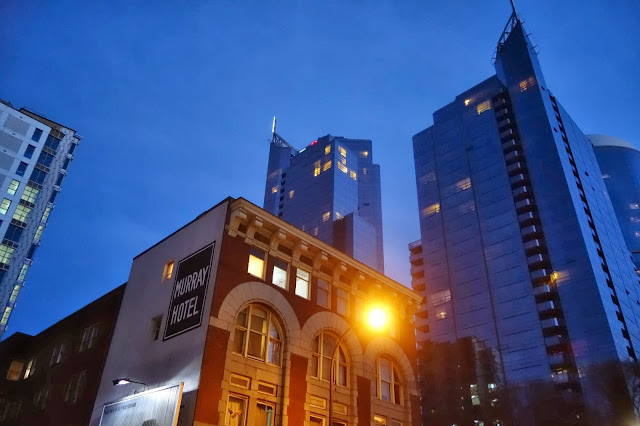 In Anti-shake mode you hit the shutter button Once and it snaps multiple images and blends the sharp parts into one image.  Nice when you don't have a tripod handy. 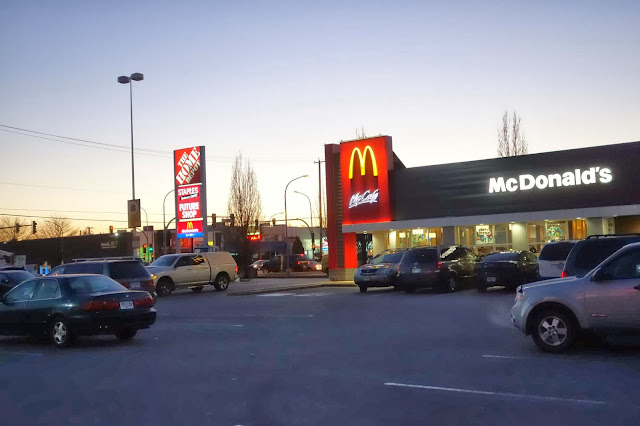 No, I didn't eat anything here.  It was just a snapshot using Anti-shake mode    Sony RX100 M2

It was actually much darker than what it seems 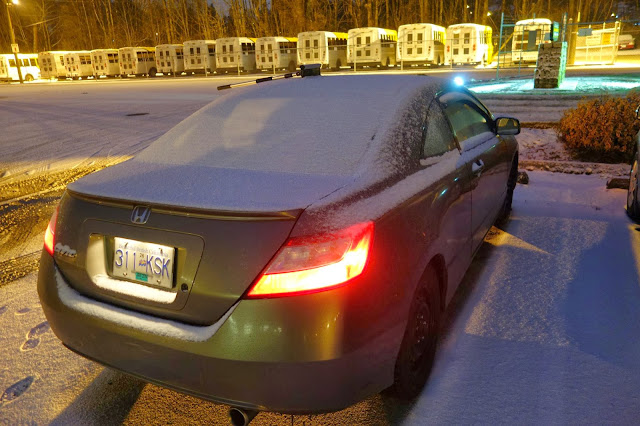 Our first snowflakes tonight after work 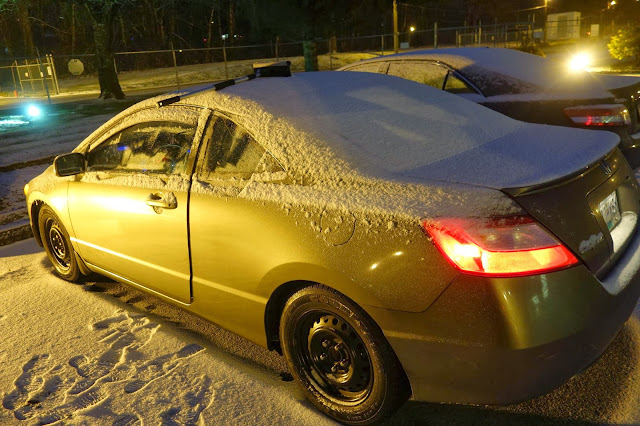 My Sony RX100 M2 has a  F1.8 lens and these last two images were taken with the aperture fully open at F1.8   did not use Anti-shake

A couple of weeks ago I was in Steveston / Richmond and snapped the following for comparison.   I was also working on watermarking my images using  PSEL9 in multiple image batch mode 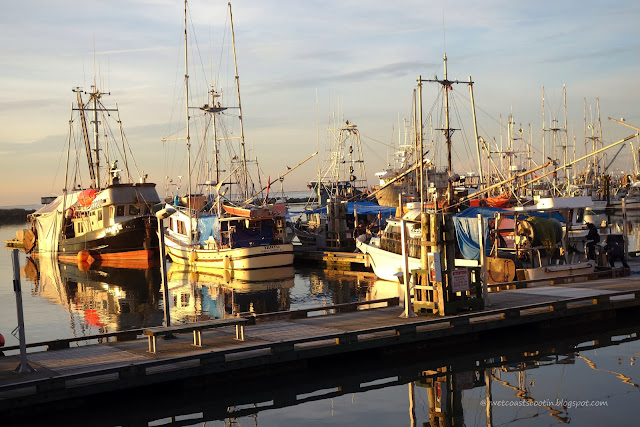 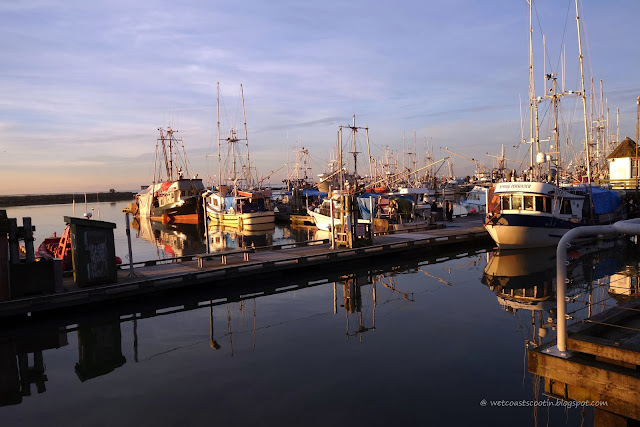 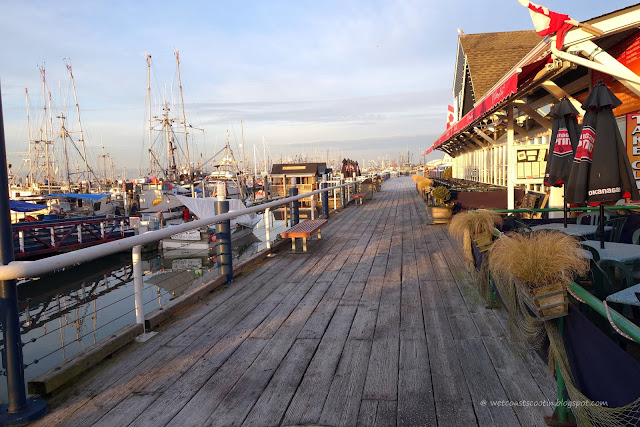 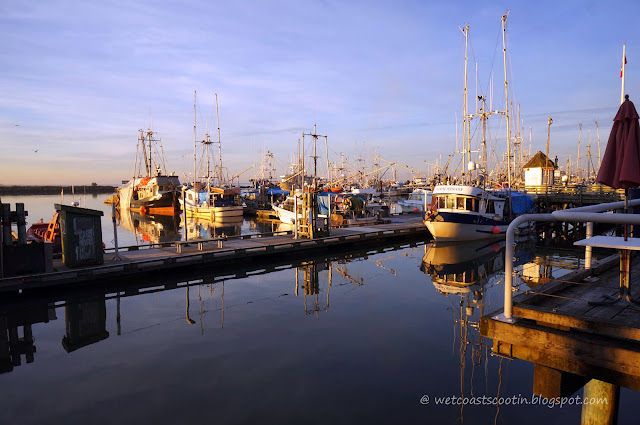 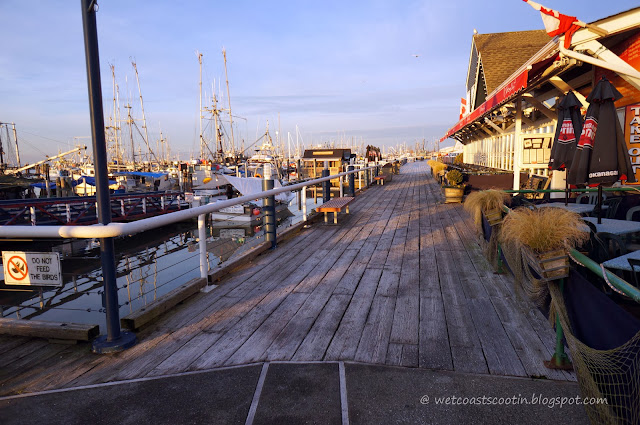 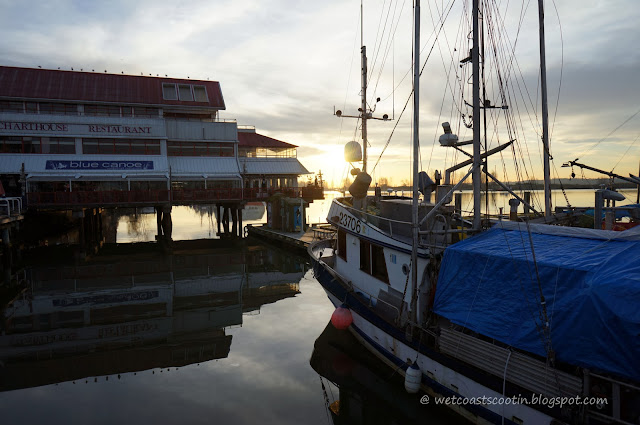 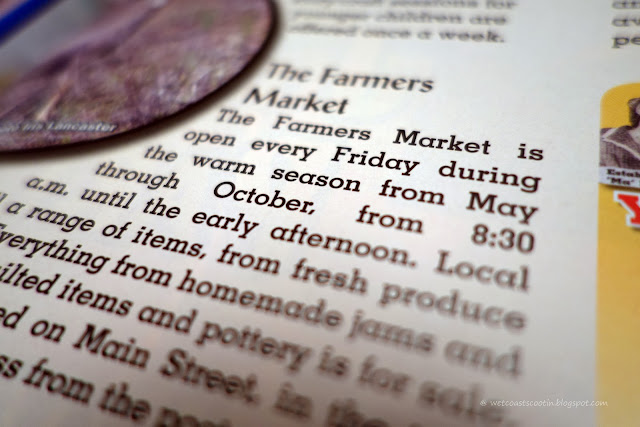