This morning everything was WHITE 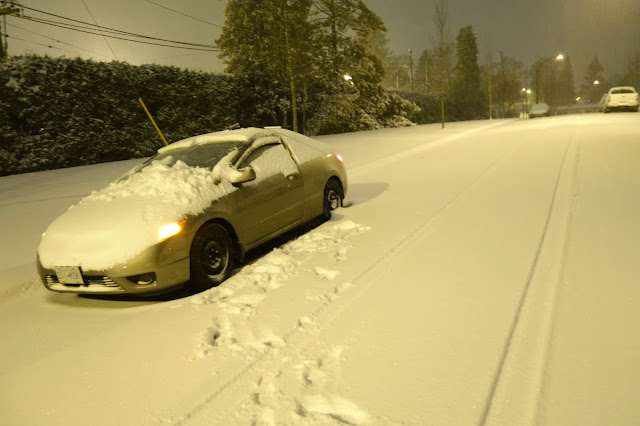 A rare snow storm blanketed the city.  By morning we had only about an inch or so but this was on top of an ice layer.  While the sanding/salting trucks were out all night, the main roads were slippery.  I left about an hour earlier than usual so this was taken around 6:10 AM 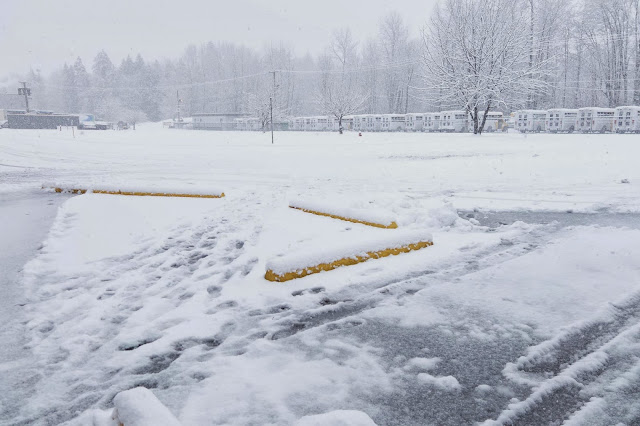 I leave in the dark, before sunrise and leave work after sunset so I snapped a photo of our company driveway while it was still daylight.  Hard to see but it was snowing most of the day 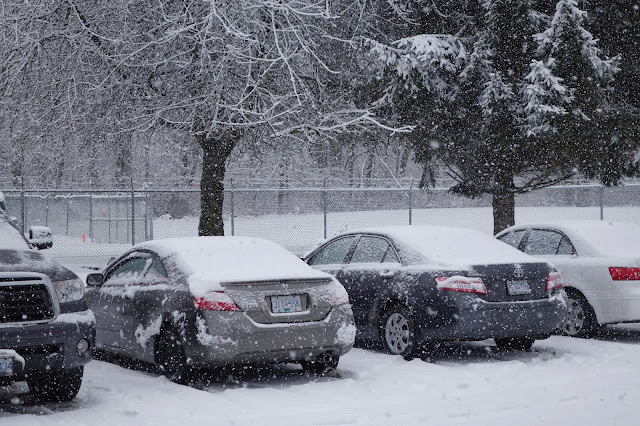 It's not officially winter until tomorrow and we seldom get snow until after January. 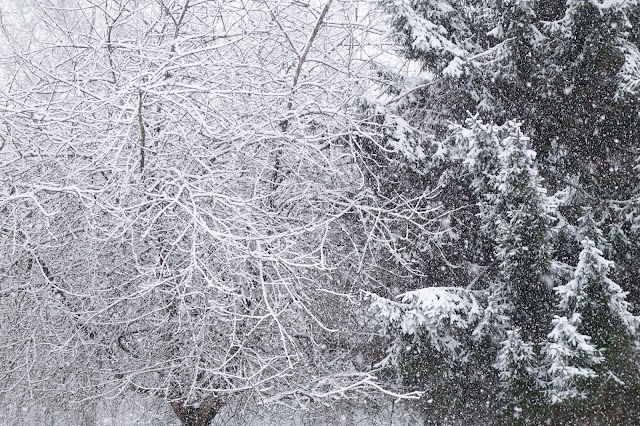 The snow was starting to accumulate on the branches 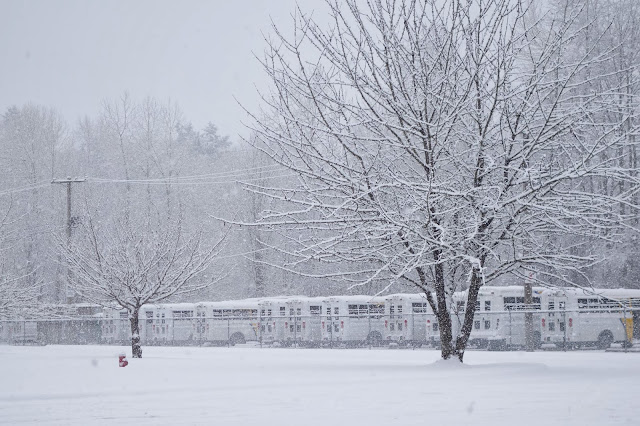 and this is looking the other direction.  Not much business activity today.  Our warehouse is located in an area with steep hills so I would imagine that most of the surrounding roads were gridlocked 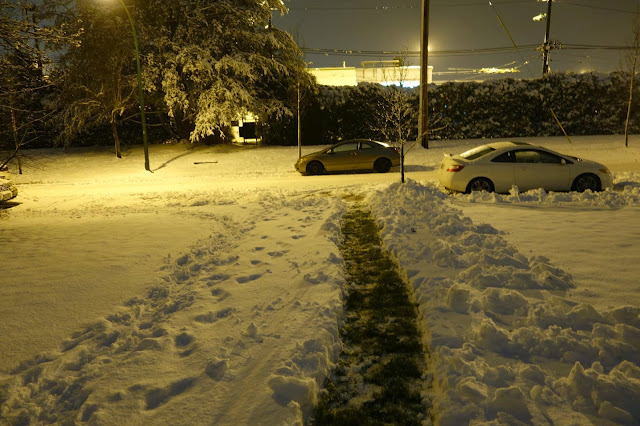 When I got home I noticed that our son had shoveled a narrow pathway to make it easier to get to our door.