August 13, 2013:    I left Denver a bit later than usual as Dom prepared a very satisfying breakfast before we headed on the road.  The idea was to wait a bit for the rush hour traffic to clear .   I wrote about it   click here   and I also posted a video  click here2 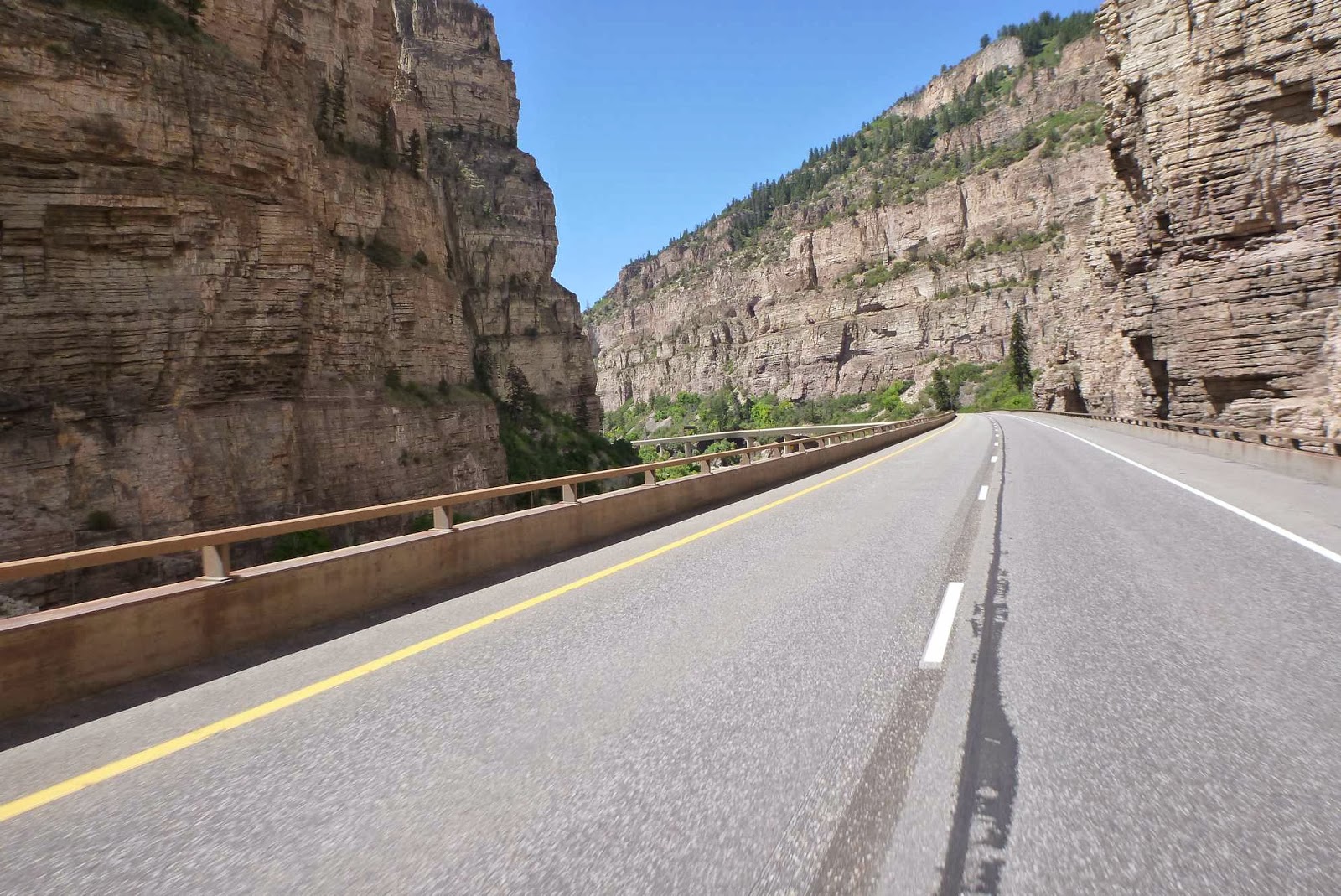 I made it to Salina, UT for the night after stopping at Grand Junction, CO to exchange a defective chair 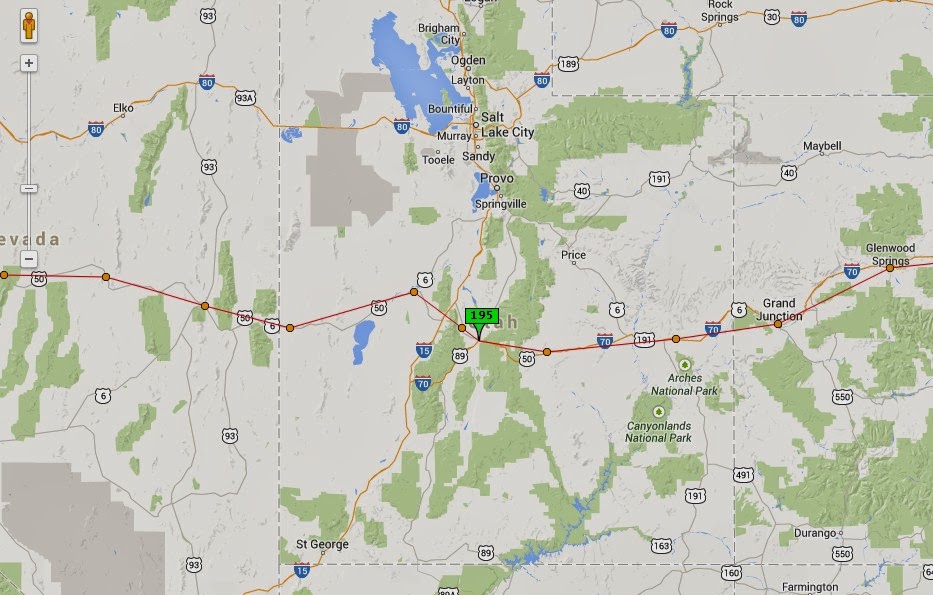 I continued Westward on I-70 which is also Hwy 50 and when I entered Utah I was very tempted to head south to Arches NP as I love it there but I was running out of time and had to keep moving.   It was sweating hot in all my gear and after a while the road had very little traffic.   There was also a lack of gas stations and I was running out of fuel and did not know if I had enough to get to Salina.   I only noticed one station at the junction to Arches and after a few miles there was another crude home-made sign which stated, "next gas 100 miles".   I pondered turning back but there was no option to get to the Eastbound lanes 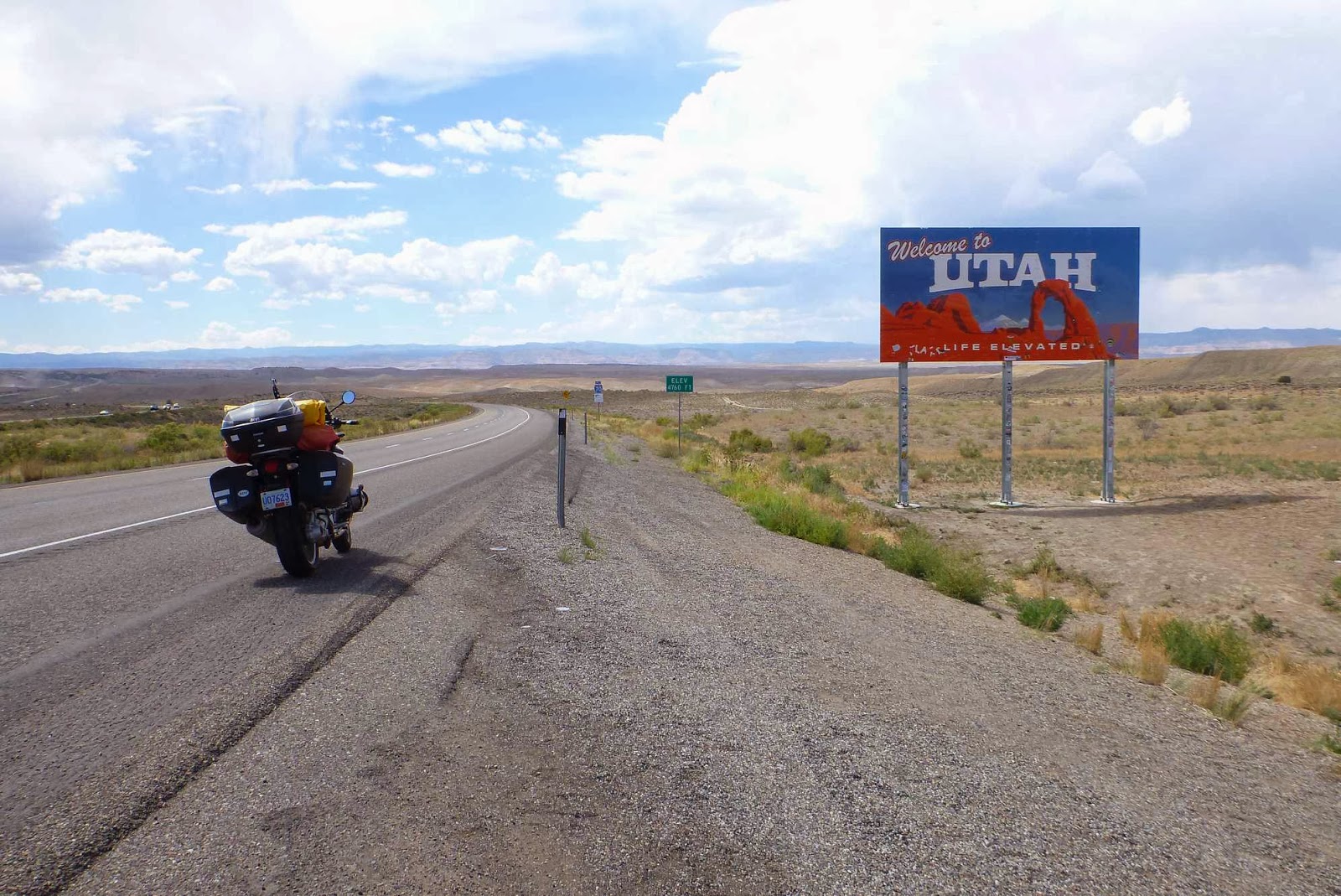 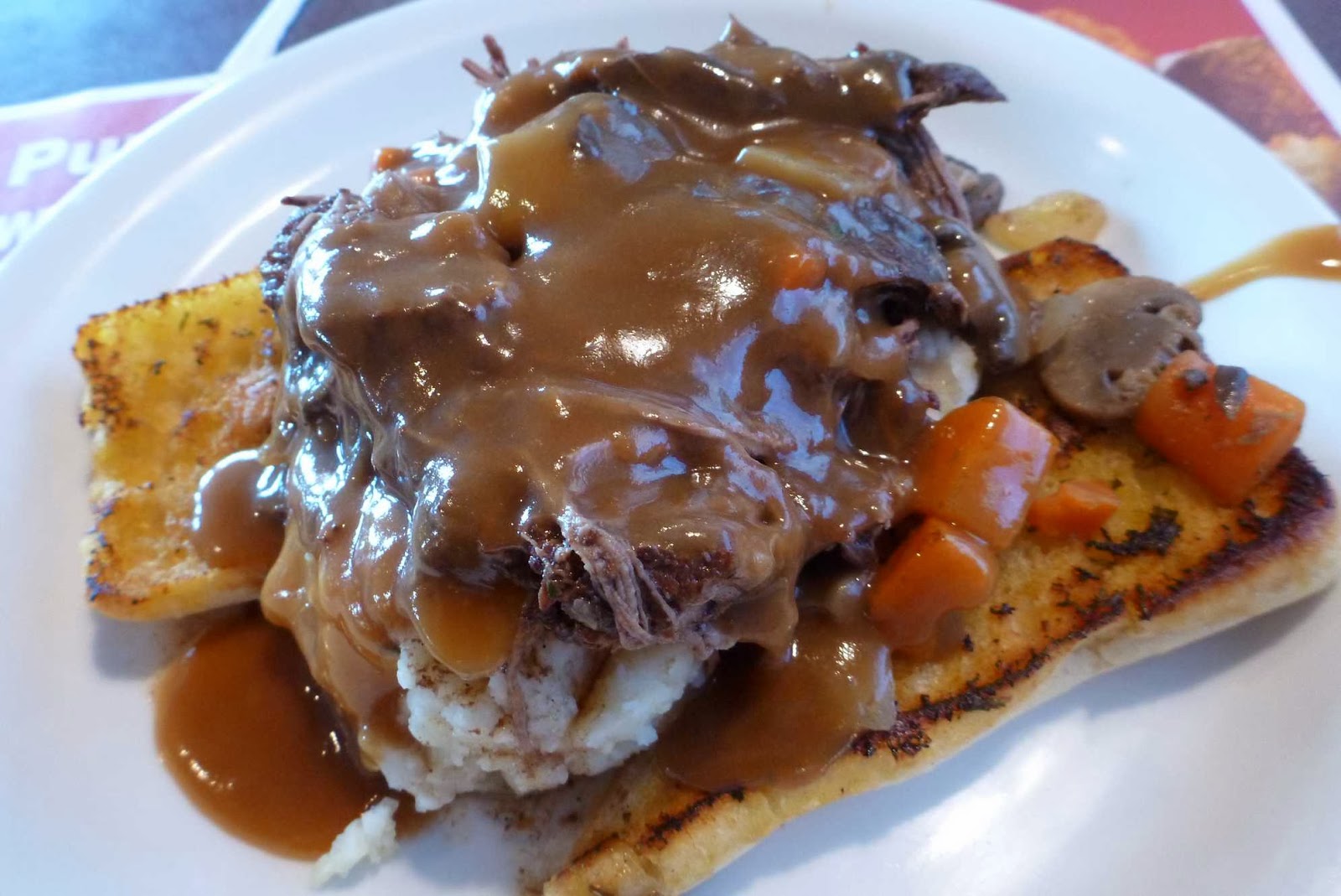 It wasn't a great meal but I got to relax and enjoy the air conditioning, after looking at this 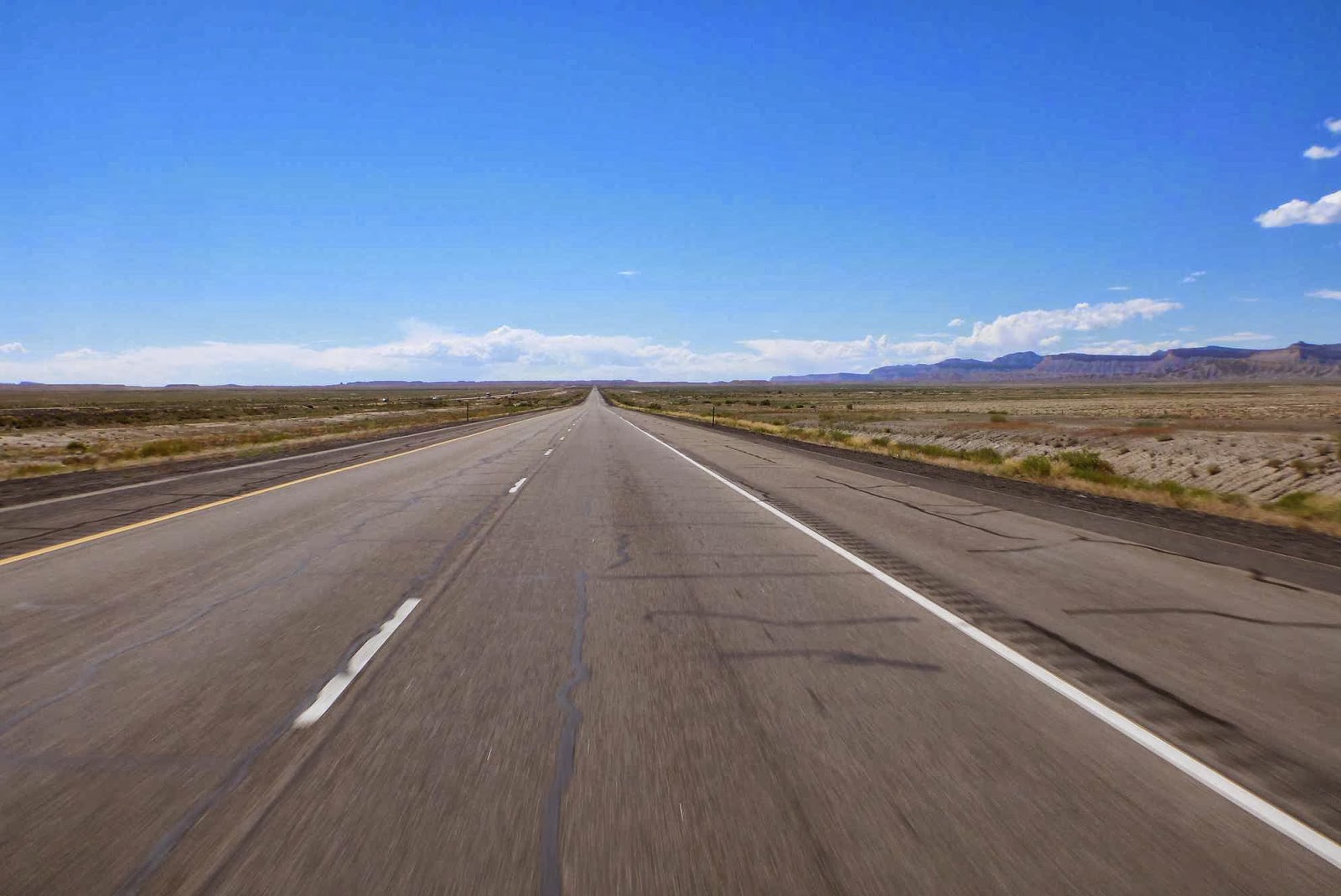 road all day and also lots of sage brush 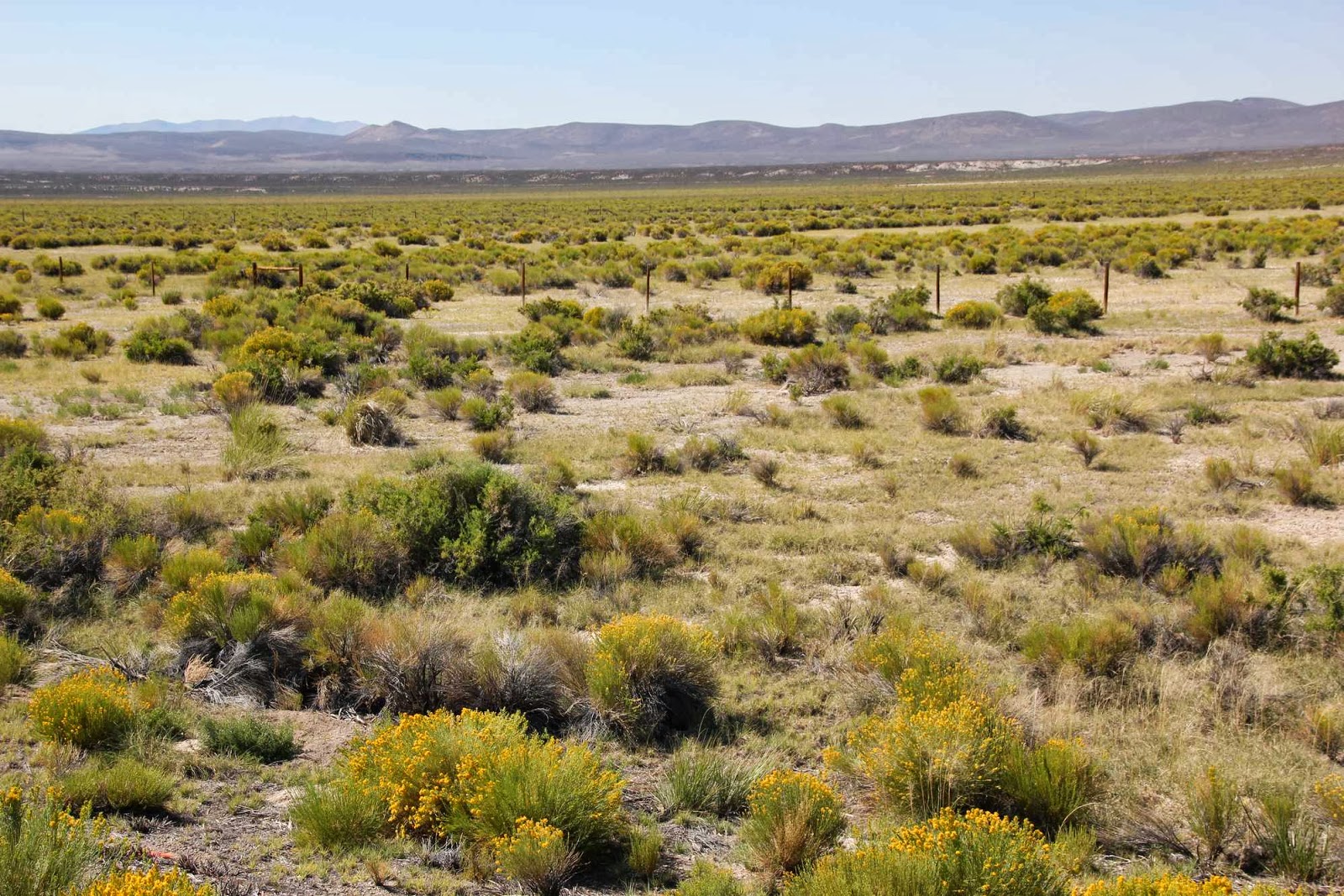 Mile after mile with nothing else in sight.    The next morning I got an early start and noticed some abandoned buildings in Scipio, UT 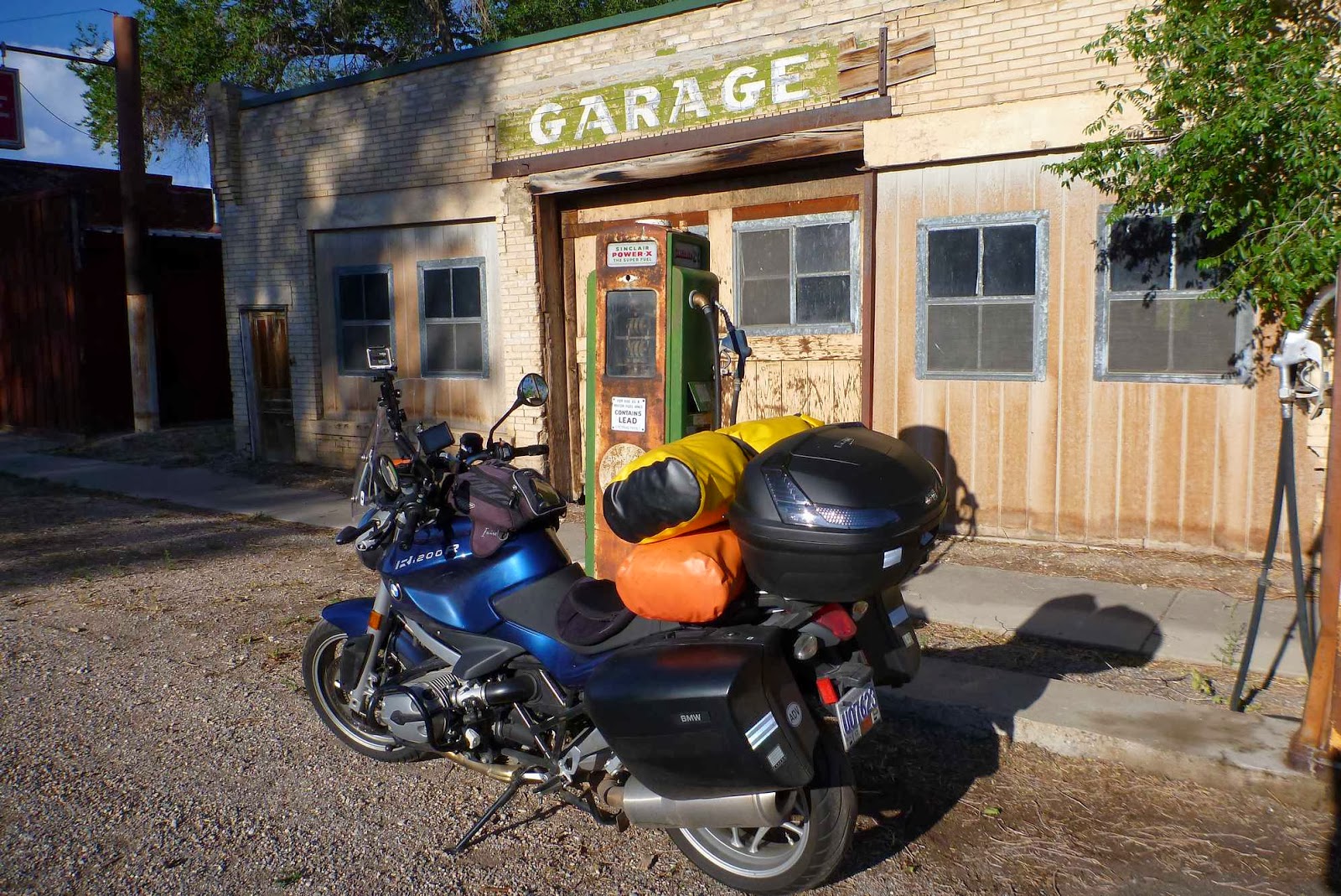 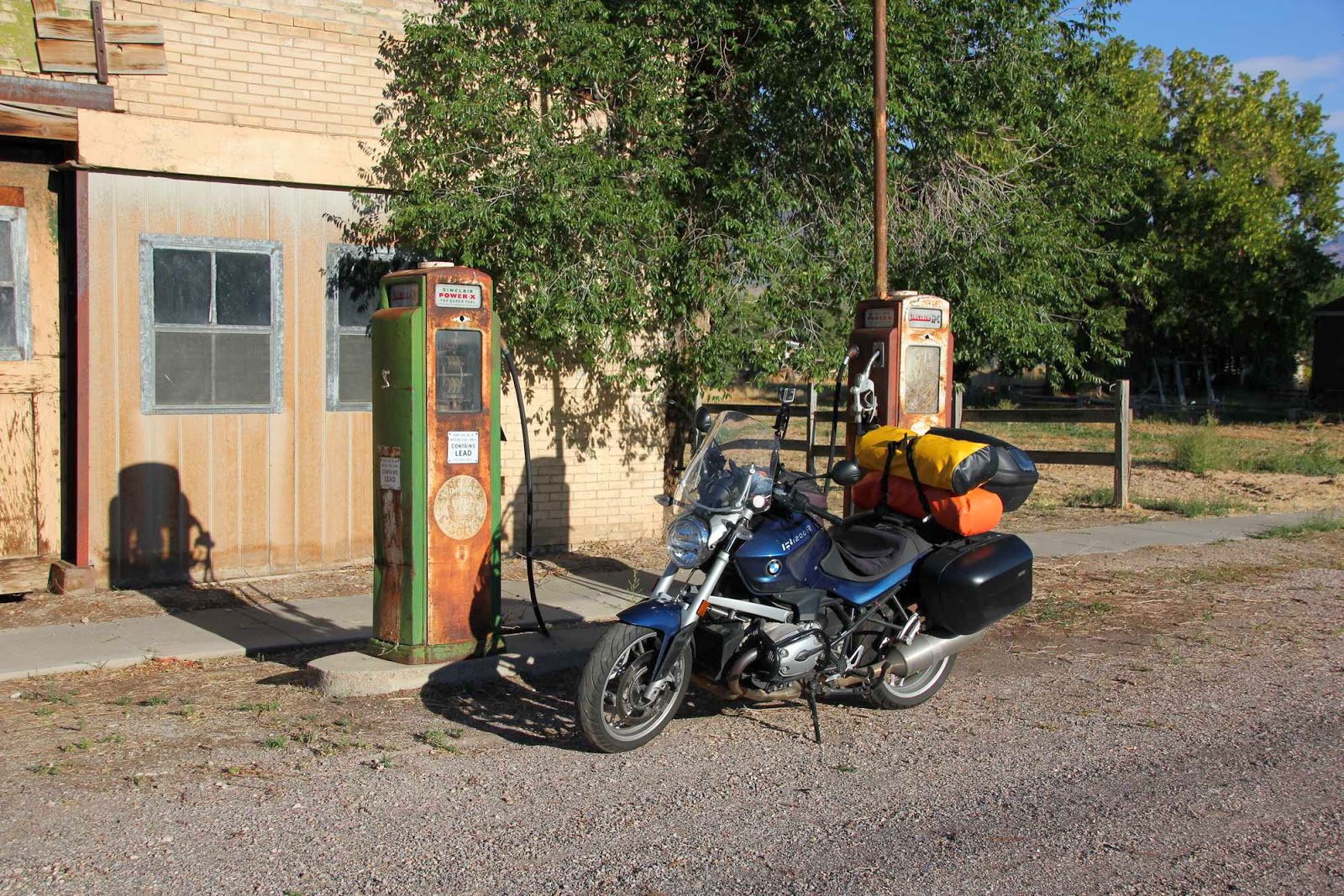 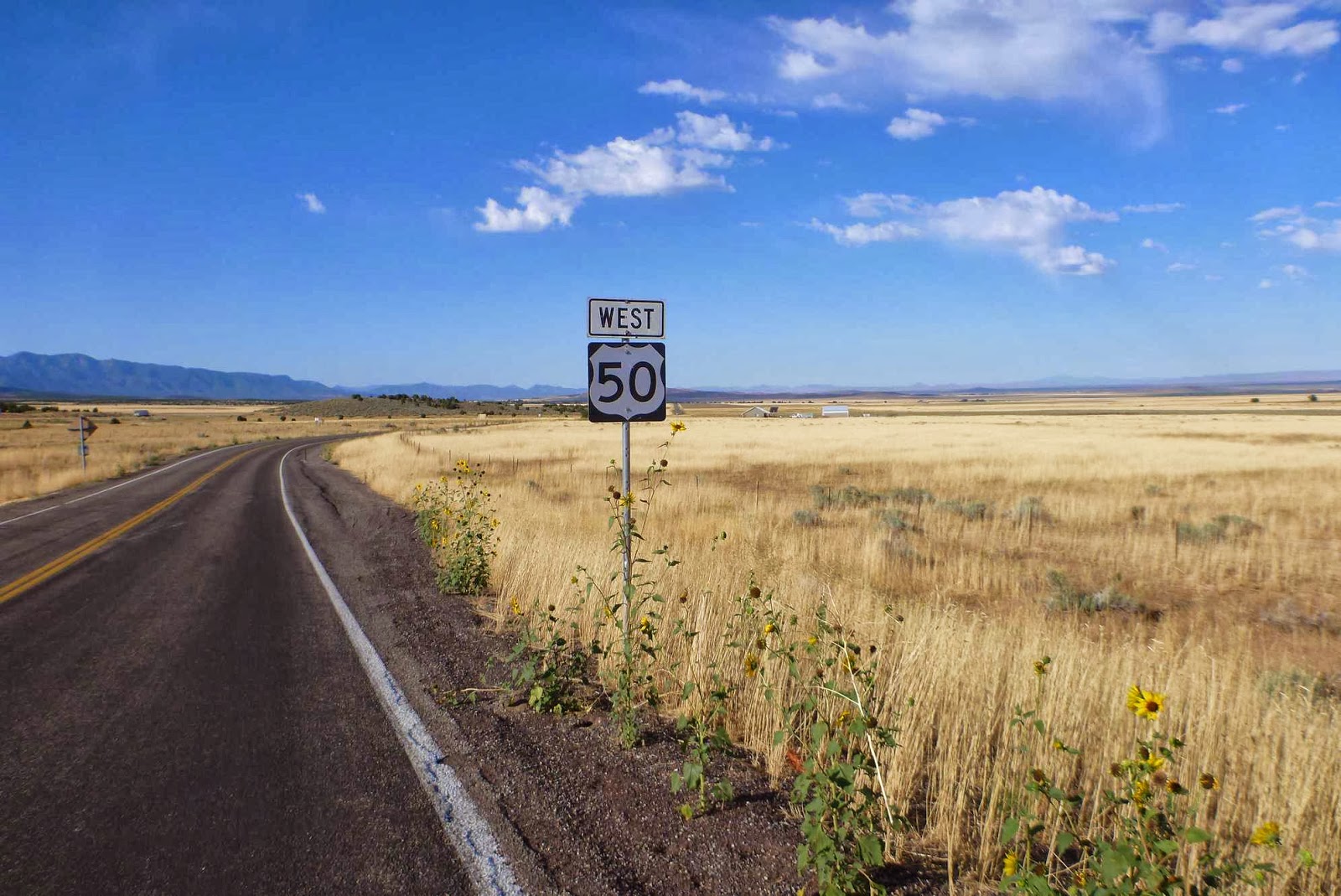 This is near Holden, UT.    I thought that the light looked great with all the burnt grass.  I was in the middle of nowhere.   I remember thinking that I sure hope my bike starts.   There are no services around here and no cell service 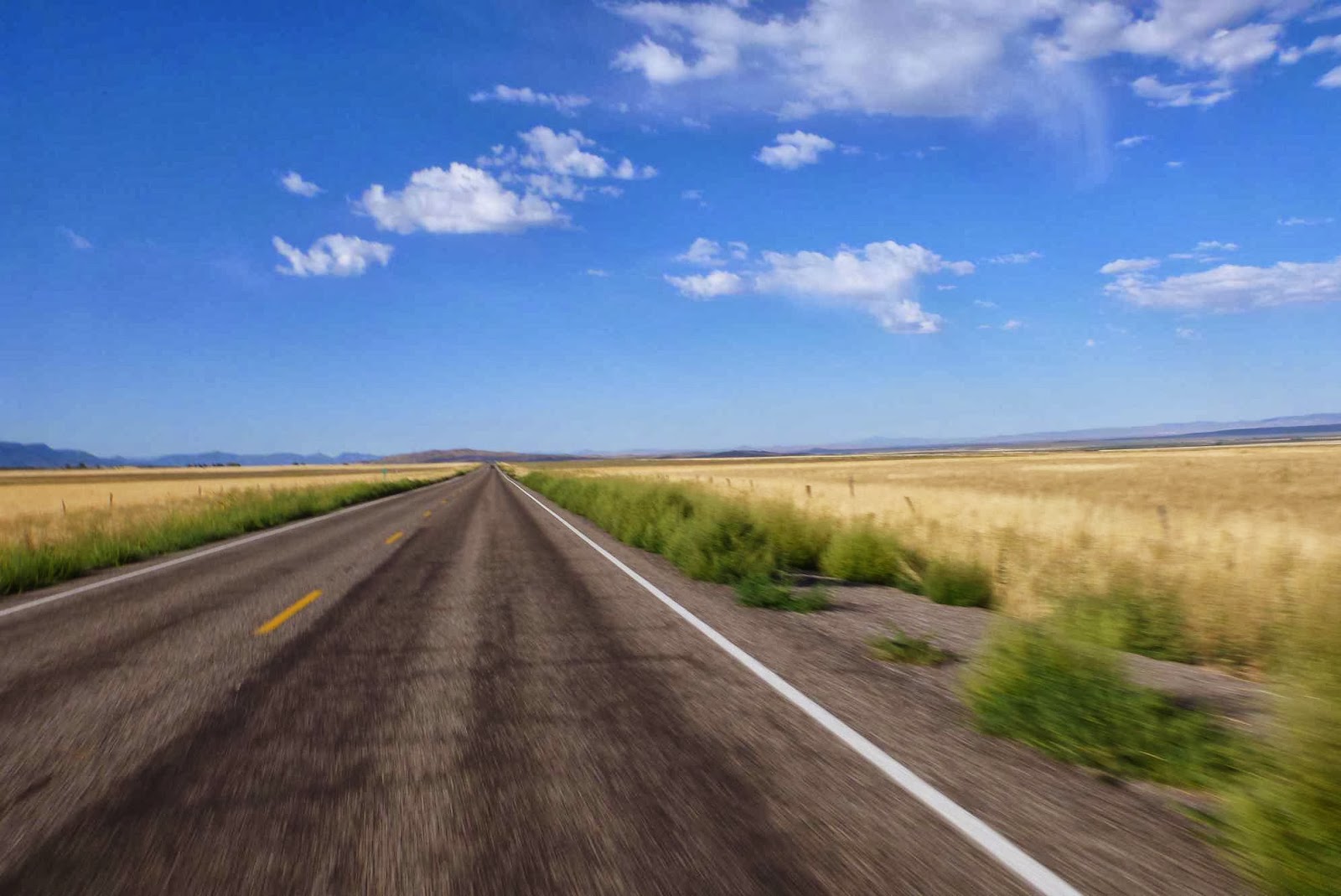 and no one around, just me, my machine and listening to my engine as it was going to take me all day to get to the end of this road and back to civilization

The farther I went the more barren the land looked.  The road was so flat and straight 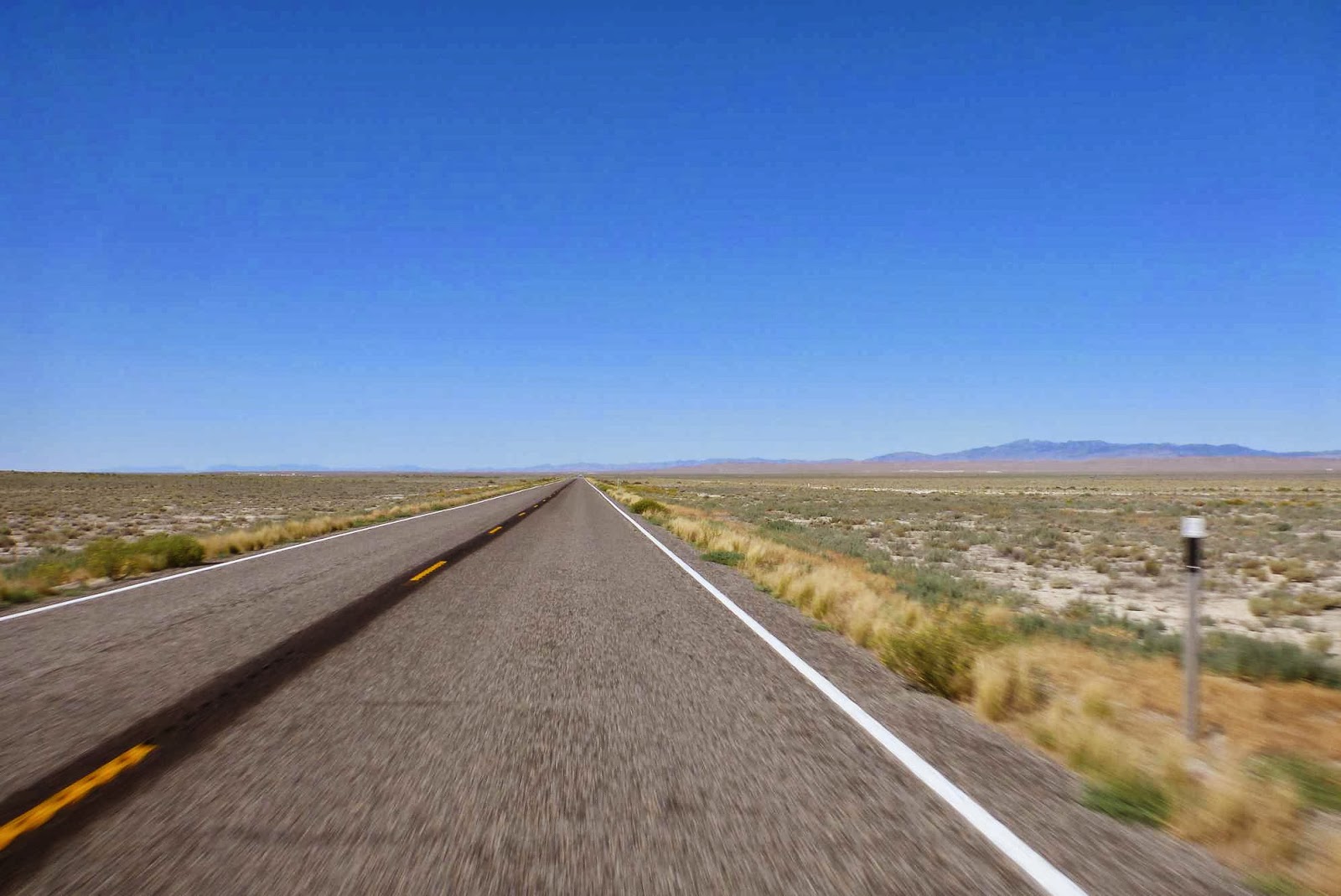 I wanted you to get the feeling that I had.   I felt so alone and there was hardly any traffic.   Just before the Nevada border I stopped in the middle of a long stretch as I wanted to snap a photo of my bike in the middle of the road 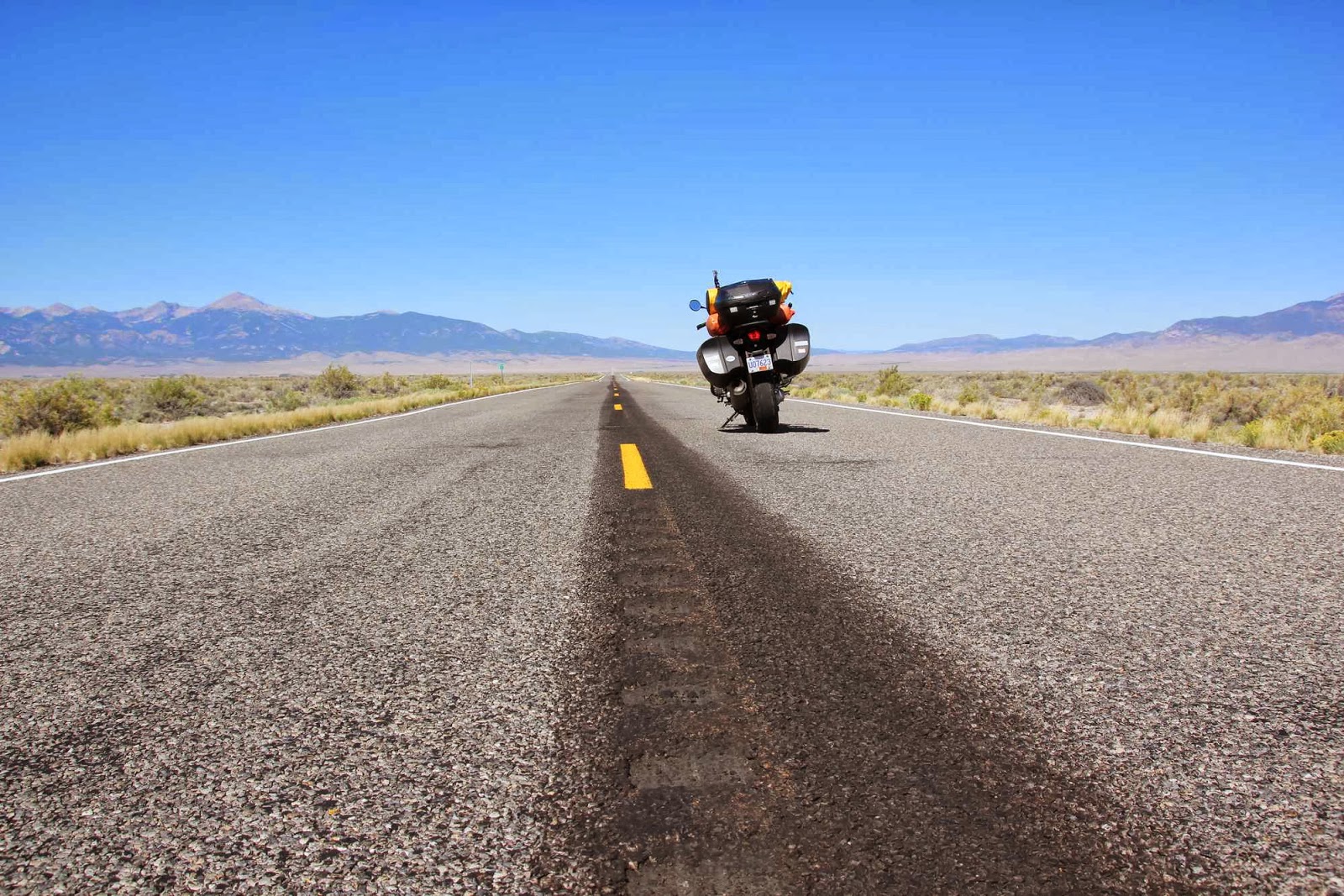 I tried to keep a lookout for on coming traffic 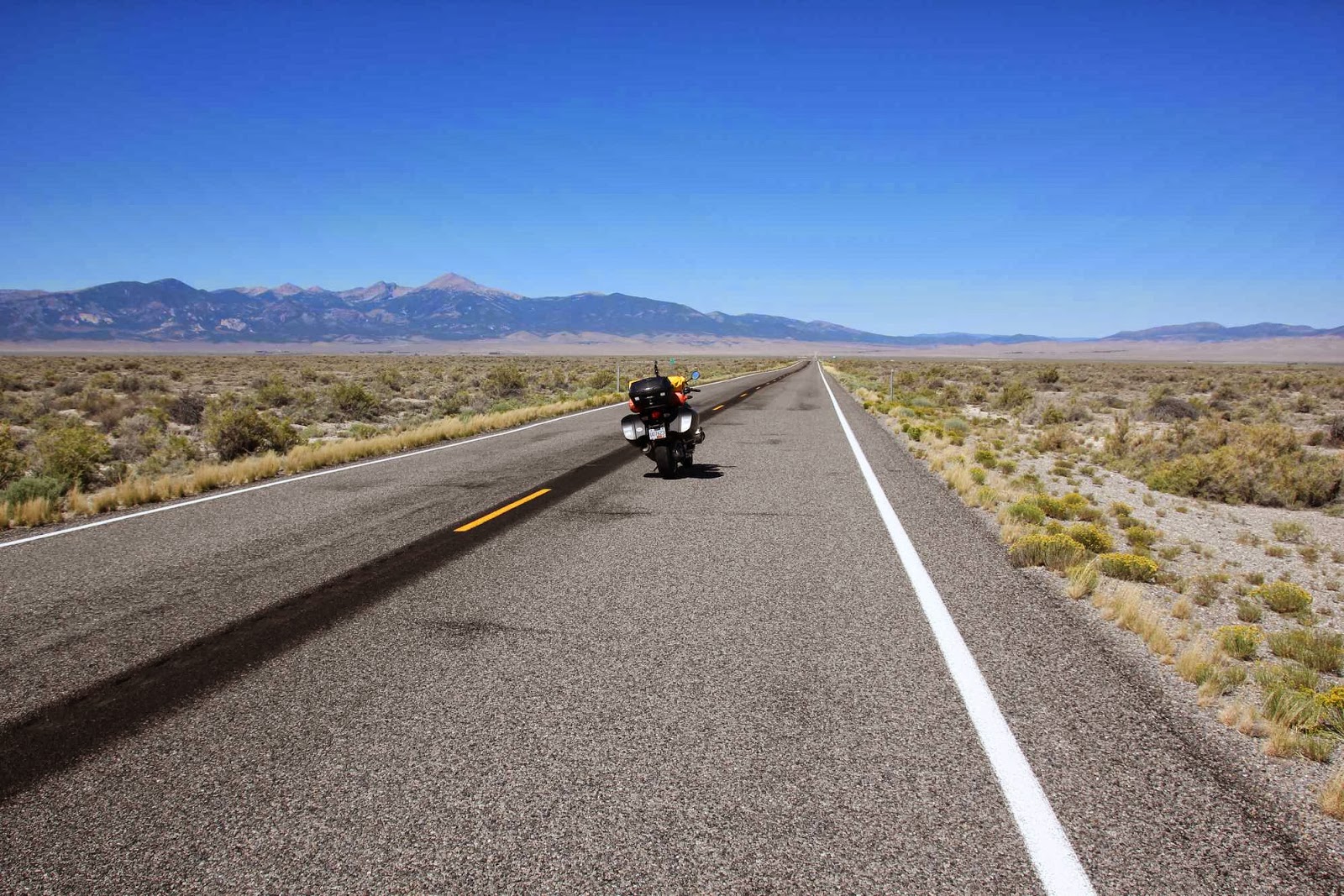 but there wasn't any, so I just kept on snapping photos 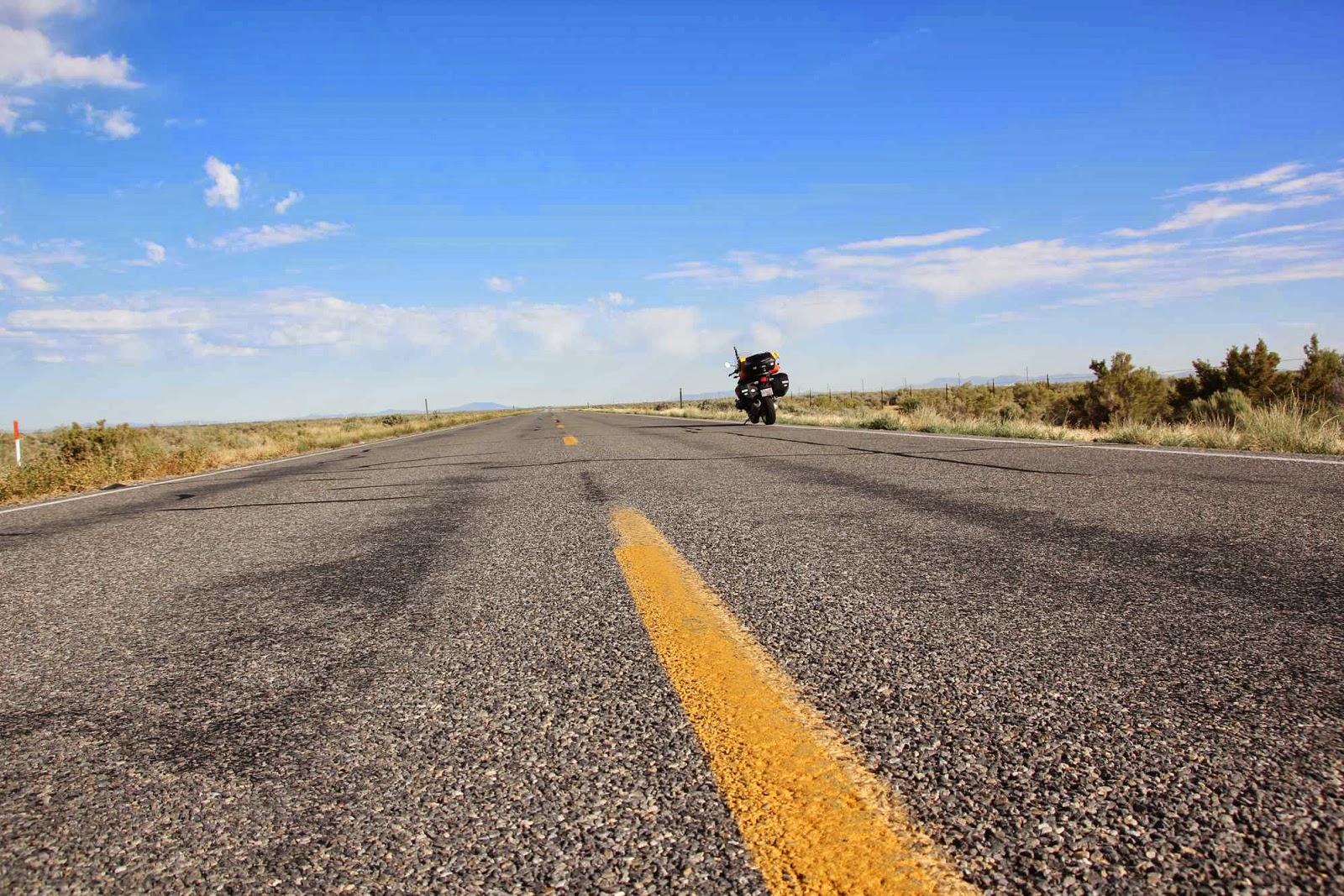 I also passed small towns that had seen better days 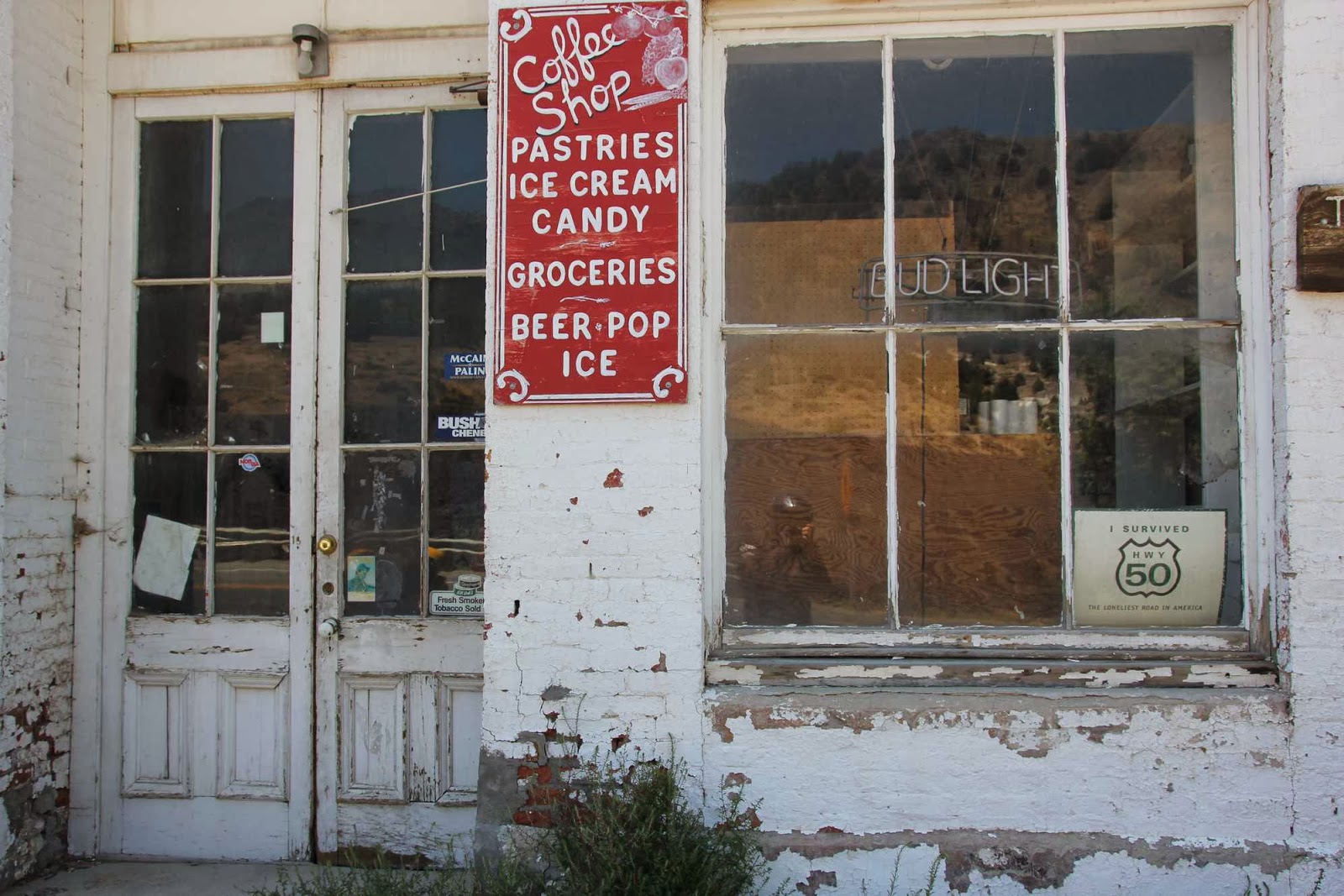 It took me nearly a day and a half but I eventually made it to Fernley, NV for the night for an air conditioned room and a meal in a Casino across the parking lot