During July, 2012 I had the good fortune to meet D.Brent Miller, photographer, journalist, blogger & motorcyclist.  I happened to be down in Oregon at our iMBC2012 Motoblogger's Convention in Hell's Canyon and I was on my way back from the Oregon Coast where I had spent a couple of days 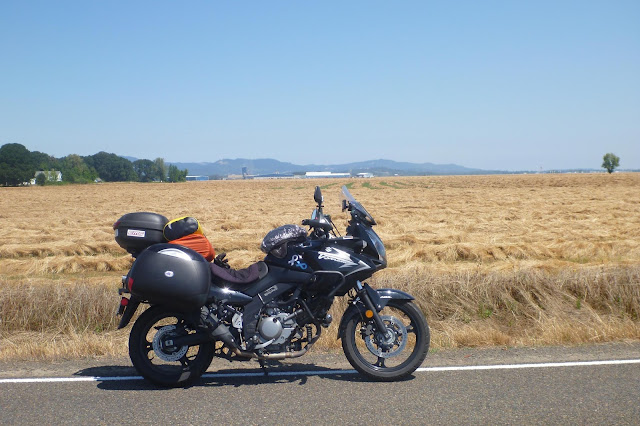 and I received an email from D.Brent Miller (Brent) who had just finished riding the Oregon Trail (Link here)  and he just happened to be in Sultan, WA for a day or two.  His plan was to meet up with a few "friends" on Saturday at a local Motorcycle Dealership north of Seattle.  He invited me to attend but as my plan was to head directly to Vancouver, from Corvallis, OR and be home by Friday evening,  I would miss him, so he changed his plans for me, and the new plan was to meet in Marysville, WA around the time I would be passing by. 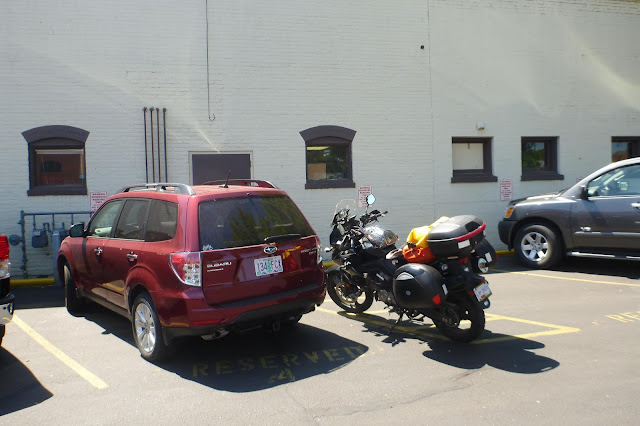 I tried to leave Corvallis early, but I got sidetracked and got a late start.  Then I needed to use the washroom, then I needed to fuel up so I found myself wandering somewhere around Albany so I stopped at the local Golden Arches for a quick snack, then saw a Walmart where I bought a small Sony radio so after all this fiddling around 2 hours had passed before I finally got on my way.

Sorry no photos as I was just speeding down the highway at the posted speed, of course.  I only made one stop for lunch and fuel and it was just pedal to the metal until I arrived at our checkpoint within 5 minutes of our agreed time, and Brent was already there waiting with his friend 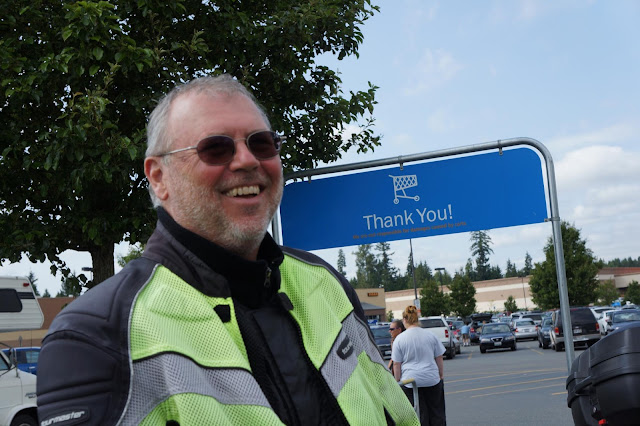 He looks exactly as his blog photo (here) .   He was easy to spot as I recognized his Yellow 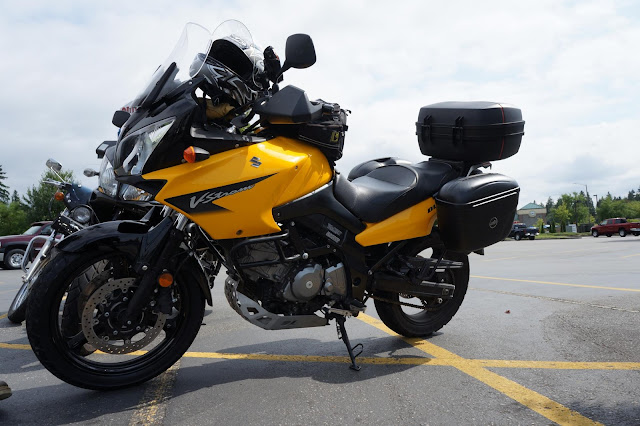 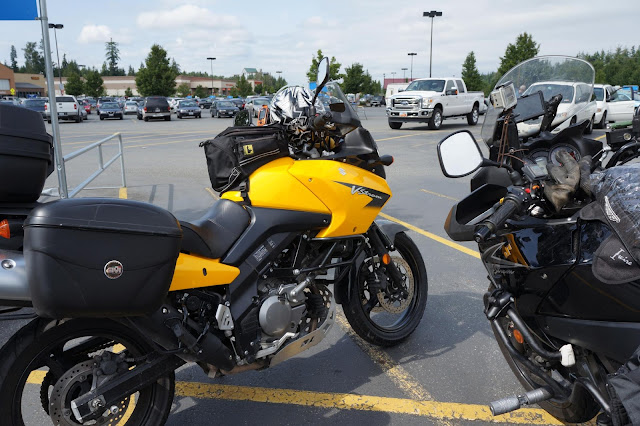 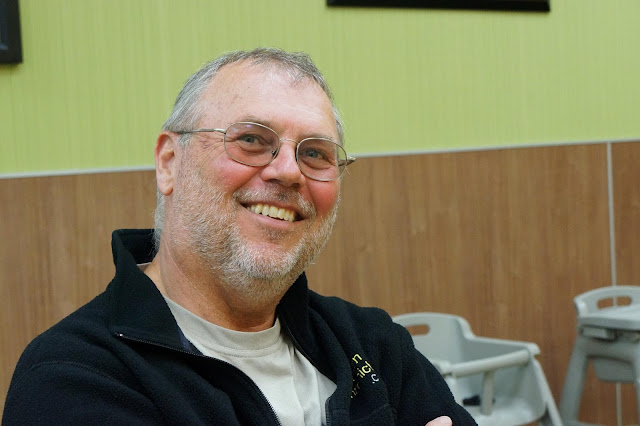 We wanted to have a beverage somewhere close and grabbed a table and chatted for a while about this and that.   Amazing how fast time goes when you are talking to someone with similar interests 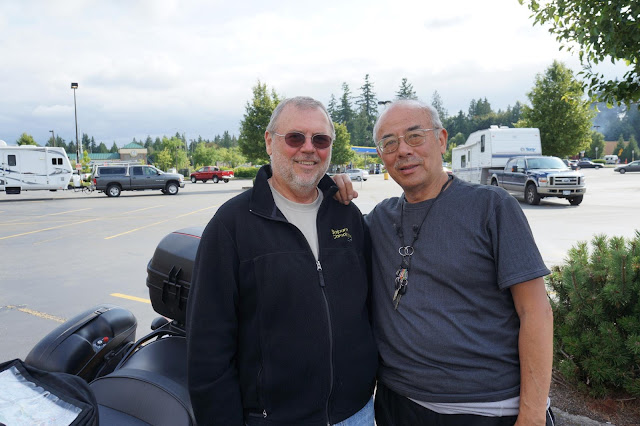 Wished we had more time, or perhaps I should have stayed down here another day.  I had no idea we had been chatting for nearly 2 hours.  My plan was to be home by Friday evening.  As Mrs Skoot does not ride I  try to be home for the weekends so she is not alone, not that I think she misses me.  I try not to be selfish with my time so balance bike time with together time 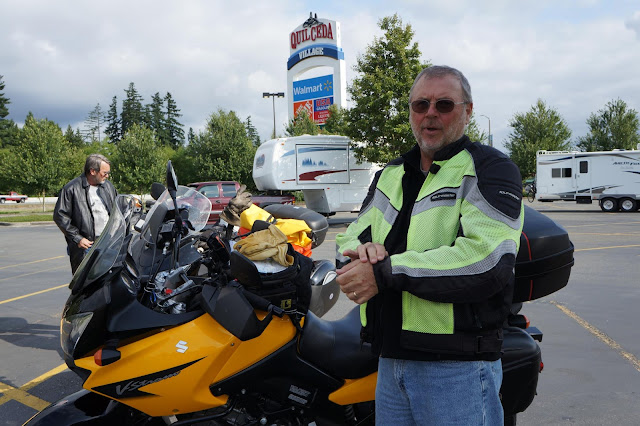 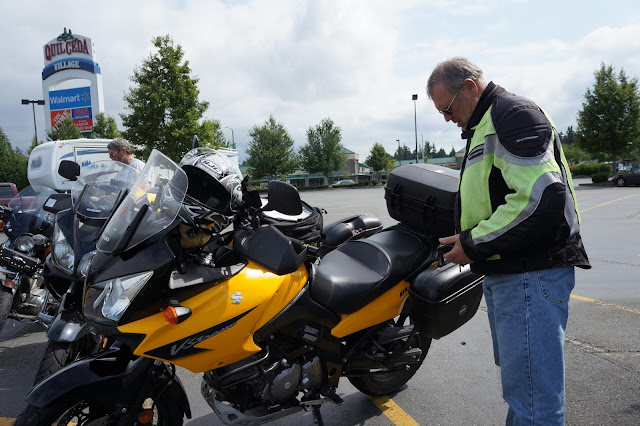 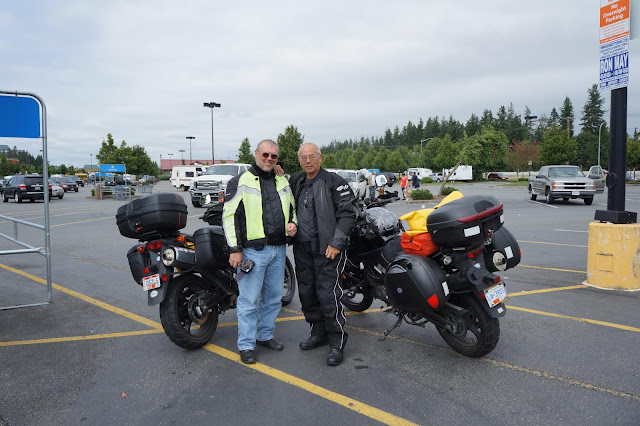 Brent,  thank you for taking to time for us to get together, although our time was short I feel that I have met an icon.

If you have a chance, go and visit Brent, say Hello, and read his articles HERE