We had a great summer.  Then during mid September I bought my Nu2Me  R1200R Hexhead Beemer. 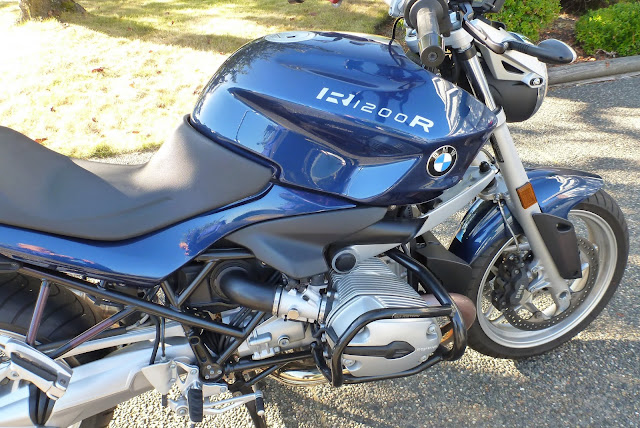 I was planning a last multi day ride on my Nu2me bike and I farkled it up with RAM mounts for my GPS, a new topcase rack and basically it was ready for the highway.  I booked my vacation days and during this time the weather was gloriously beautiful.  I had plans to visit my Uncle towards northern Vancouver Island and I had also made arrangements to meet another blogger in Victoria.   The reason I waited too long was because Mrs Skoot was going to Las Vegas with "the girls" and I wouldn't feel guilty taking the time to be away by myself.   Even up to the week before my planned days off the weather was looking good.

But at the last minute I got rained out.  I managed to salvage another vacation day which I booked for another Monday a couple of weeks later, hoping for the weather to co-operate, but it also got rained out.   We were getting waves of torrential wind and rains for weeks.

Then when I got access to my garage to move my "vette, I was also moving my bikes around and stressed my bad foot.  I could barely walk.  It took a couple of weeks before I was healed enough to walk nearly normal.  It was only last week when I felt normal again.  The rain still hadn't stopped but last Saturday I thought about taking my bike for a ride, rain or no rain.

I don't like to ride when the temperatures are 7°c or lower because that is the threshold for good traction on summer tires.  I worry about "Grip" on our wet roads.  Also in the City we have very aggressive drivers and you may have to do an emergency maneuver.

Friday morning we had a horrific accident on Burrard Street which claimed the lives of a rider and passenger.   The pillion was a 22 year old female who was also pregnant.  You can read about it HERE
Yes, the rider may have been speeding.  The BMW may have not seen them and pulled in front of them and they couldn't stop but the fact is that they are dead

There has since been a lot of discussion about it HERE   To make a long story short, I decided not to ride last weekend.  I worry about grip and traction control.  I told myself a long time ago that if I got bad vibes I would just take my car and be safe.  Saving a few dollars for fuel but putting yourself in harms way is not the best choice.

I nearly forgot to mention that I also stressed my left wrist.  It hurts when I flex it a certain way, like a lightning bolt up my arm.  I do not know what I did, perhaps slept the wrong way or something like that

Then the Fog came 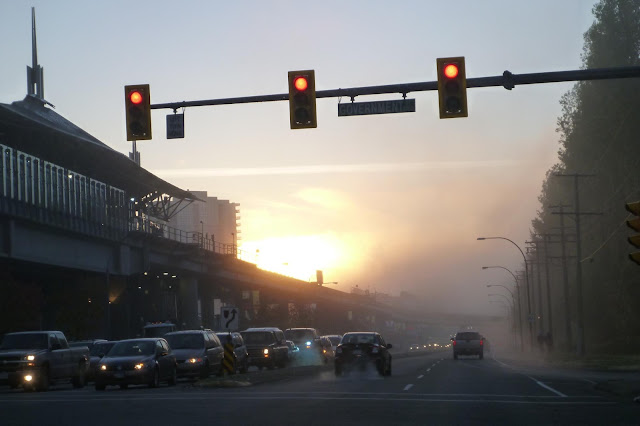 I prefer to keep away from fog as it is difficult to see my small taillights.  Plus the week after daylight savings time is when there is an increase of accidents.  You probably noticed that I think too much.  I worry about safety and I believe there is a time to ride and a time to NOT ride 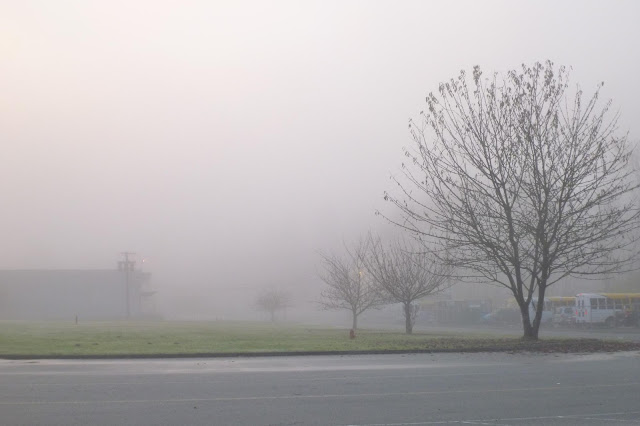 When it is only 2°c , the fog can also deposit on the roadway and turn into ice.  We have humid air on the Wet Coast, not the dry air you find in the East where it may get cold but the roads are dry 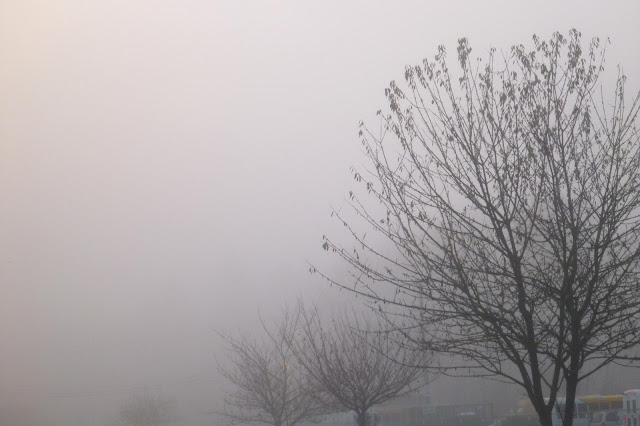 Then that fateful day nearly two weeks ago Mrs Skoot broke her right wrist (rotator bone).  I told her not to go to work but she is a workaholic and she was advised NOT TO DRIVE, during the healing time which may span 8 weeks or more.  So now I am also her chauffeur.   I leave work in Coquitlam and drive to downtown Vancouver to pick her up and bring her home.   I did think about riding my bike to work, BUT then I would have to come home first to get the car.  This would take extra time and effort and just didn't make sense as I can swing pass her work on the way, so now the commuting option is out of the question.  I have been waiting to ride on the weekends but there has been rain forecast for every weekend for as long as I can remember.

Broken Wrist UPdate:   It has been nearly 2 weeks since Mrs Skoot had her mishap and cast put on.  Today was her followup checkup and it didn't go well.   It seems that the cast did not keep her bones in alignment and she now has to go in for surgery tomorrow to have it "pinned".  I imagine this would be for day surgery and she will be able to come home later in the day.   It would seem that my domesticated duties will continue for the foreseeable future, but that's okay as the weather forecast is for rain again (sigh).