My most valuable Asset is broken 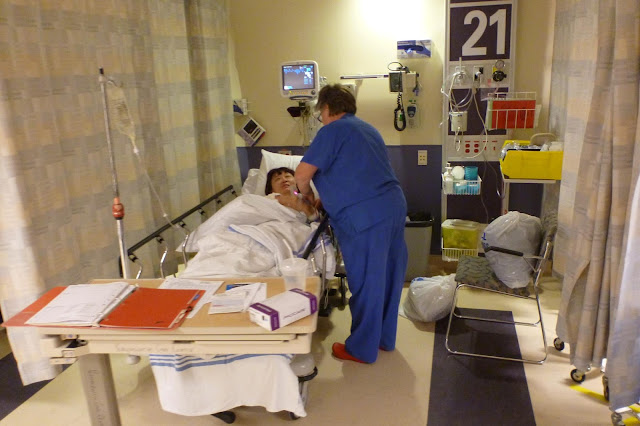 She was still drowsy from being sedated and it was my job to "get her dressed" .  You should try this sometime, you know, dressing someone else.  First the underwear, socks, top, pants, then the Bra .    Some things you just can't do with only one arm.  Most males can detach one easily using only two fingers and a thumb, but it takes two hands to manipulate the hooks.   I had a terrible time. 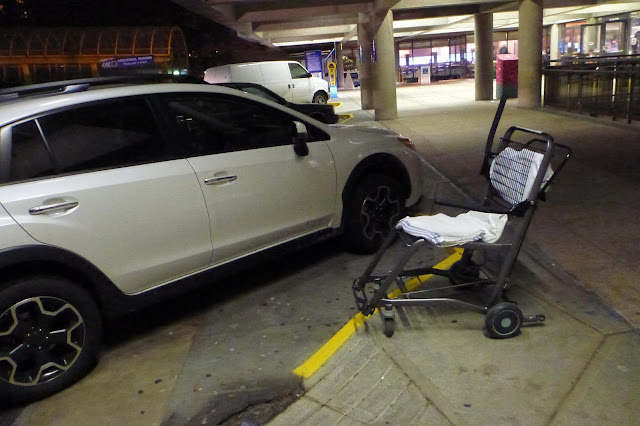 Before I drove to the Hospital I had to change cars and bring Mrs Skoot's new Crosstrek as the seats in my car are lower and harder to crawl out for someone with a cast. 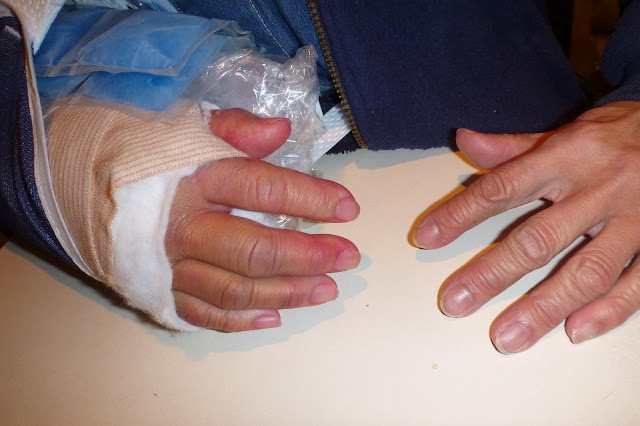 At this stage there is still a bit of pain and swelling.  She has to keep her arm at least level in height with her heart and use ice packs to keep the swelling down 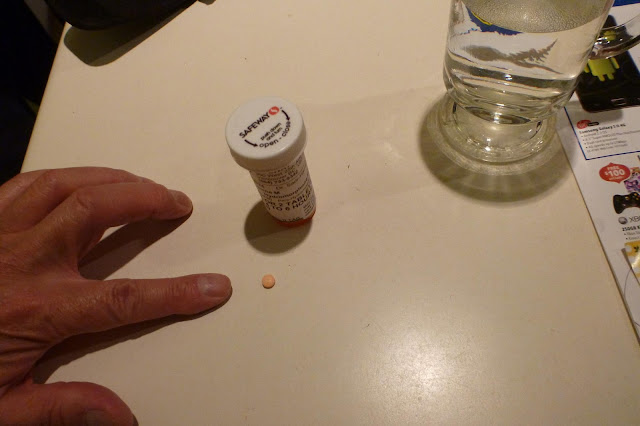 We have a workable supply of Tylenol-3 and morphine tablets (pictured above).   They are much smaller than I thought they would be and I had to jump hurdles at the Pharmacy before they would release them to me. 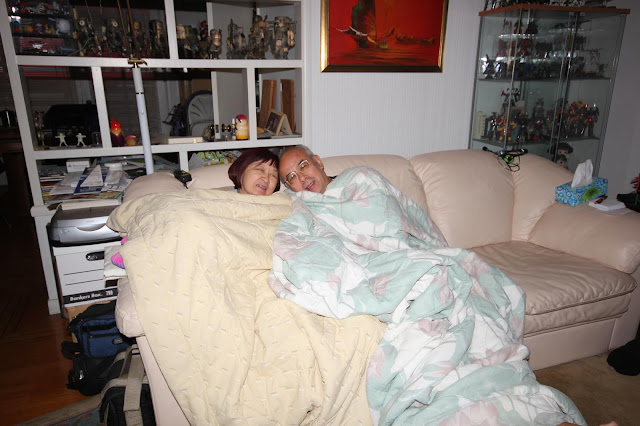 It was recommended for her to eat light meals, not too much protein and stick to things like soup for a few days so eventually I had to go out and purchase more provisions 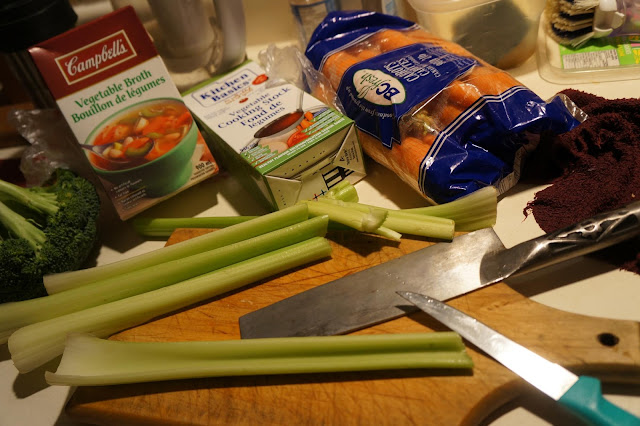 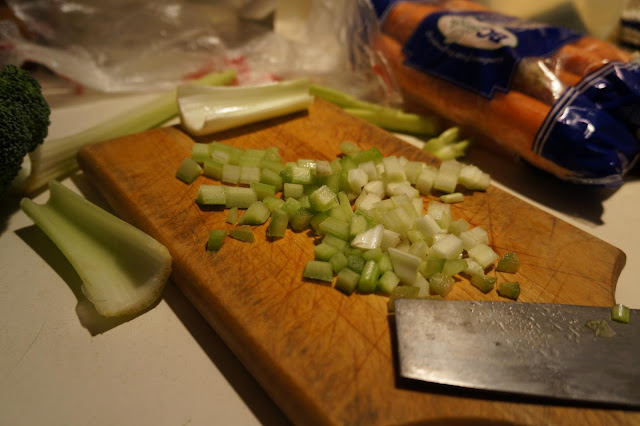 I diced up 4-5 stalks of celery 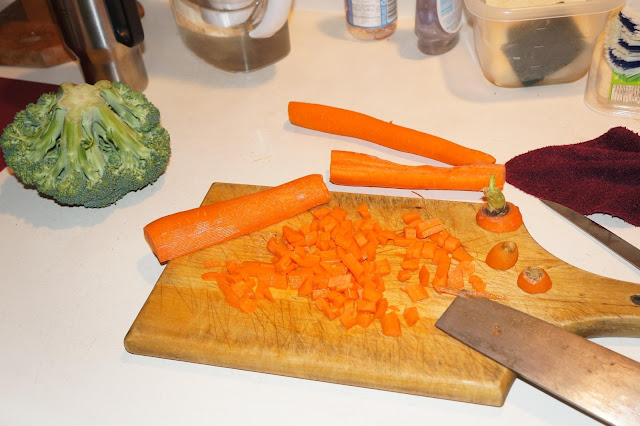 Then I peeled 3-4 carrot sticks, and diced them up too 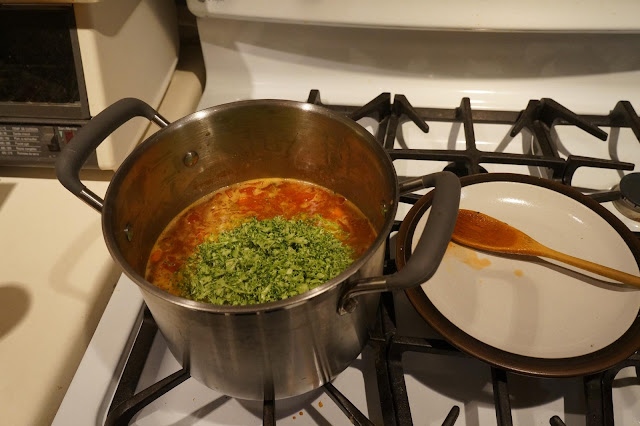 I brought out a soup pot, drizzled in some olive oil and started to saute them for a while and then added a spoon of flour.  After the flour was cooked I added a 28oz tin of diced tomatoes (including the water in the tin) and started to bring the mixture to a boil.   Then I used OUR  CuisinArt to chop up a head of broccoli and added it to my creation.   I am not following a recipe but rather just adding things in and I thought my soup had too many vegetables in it (too thick) so I then added a Liter of Vegetable Broth to thin it out and have more liquid.

Up until this point all you need to do is to simmer this soup for about half an hour and this Vegetable Soup will be ready to eat.   We don't use a lot of spices but we did add some Garlic and Ginger.

I decided to add a bit of protein 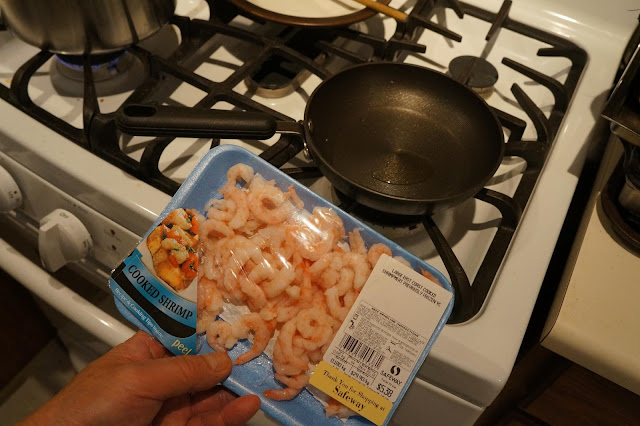 I bought a package of shrimp 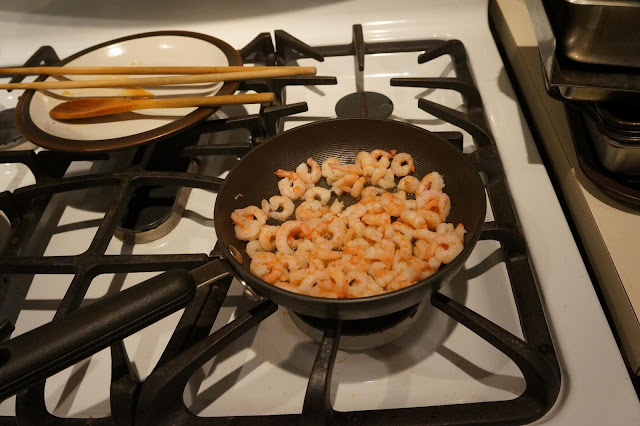 and I sauteed them a bit in a small sauce pan 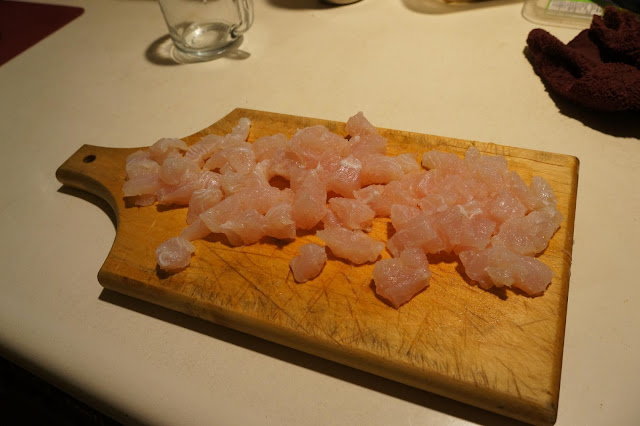 then I diced up a filet of Basa (white fish) .  The shrimps and Basa were added after it had simmered for about half an hour and I let them simmer for another 10-15 minutes to ensure they were cooked 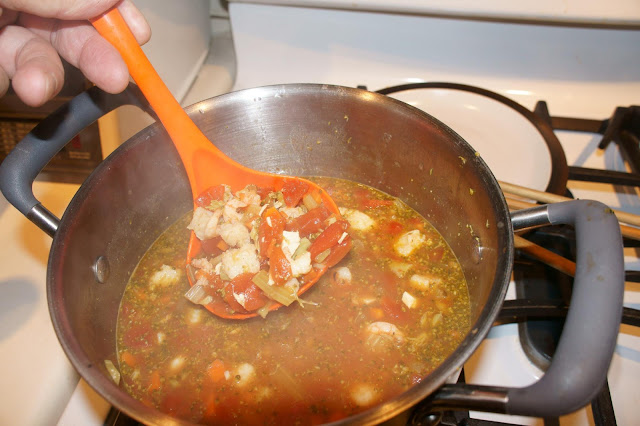 It is finished and now it's time for a light Seafood Soup Dinner, cooked in Vegetable soup.   Good medicine for a cool, chilly, rainy day