There is nothing better than

planning another trip.  I am not a mechanic but I do carry a few tools when I tour on my bike.  Under the seat of my Vstrom I have a small selection of tools, tire plugs and a small air compressor.  The compressor has been under my seat for over 3 years.  It was new and not used so imagine my surprise last year in Baker City, Oregon when I needed it and found that it didn't work.  I was toying around with buying something better like the CyclePump from Best products but I have read conflicting reviews, so in the meantime I bought 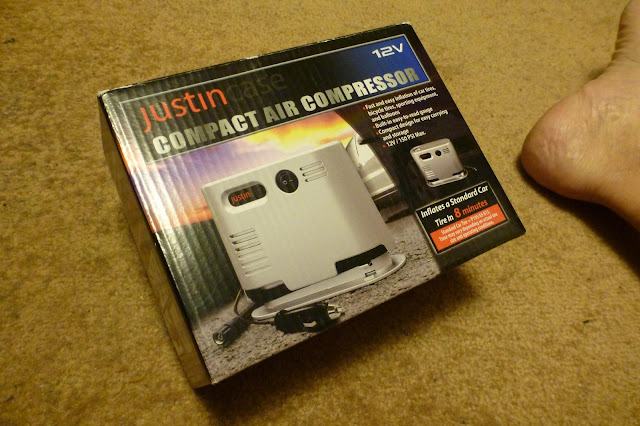 something cheap, like this for $10.    My intention was to get rid of the case and just use the guts 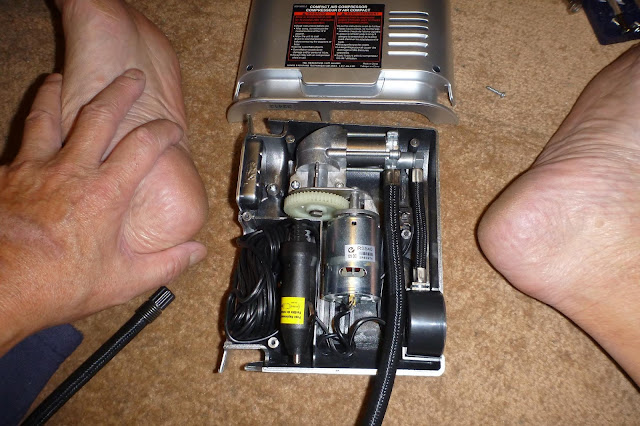 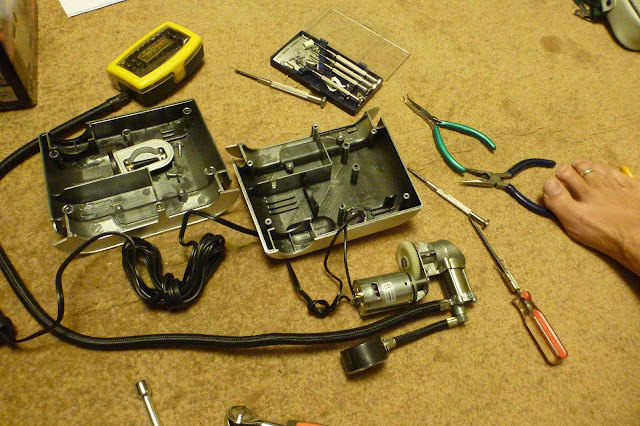 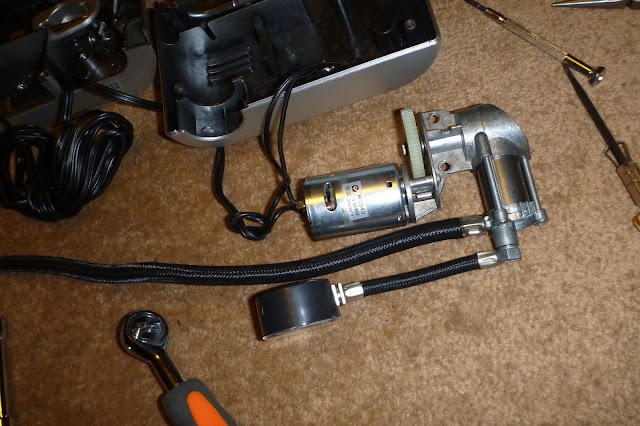 The plastic was harder to cut than I thought 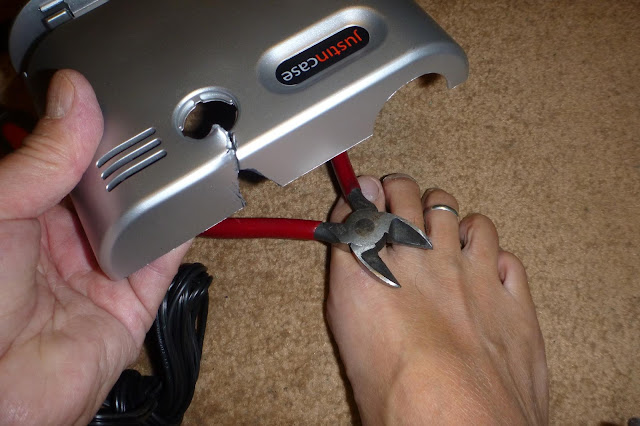 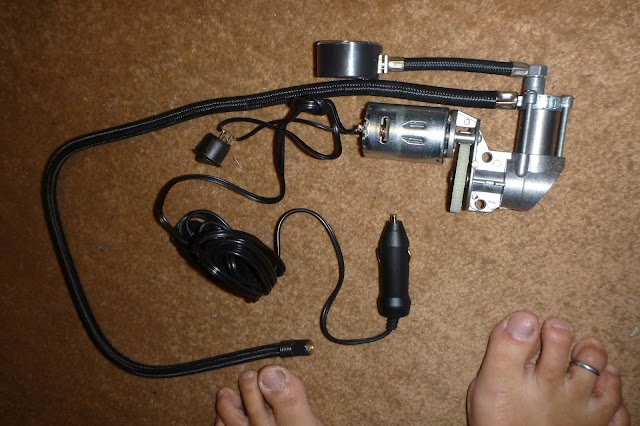 It seems like a well made unit.  I even like the part that screws into your tire valve, instead of those spring loaded ones.  It even has a pressure gauge attached 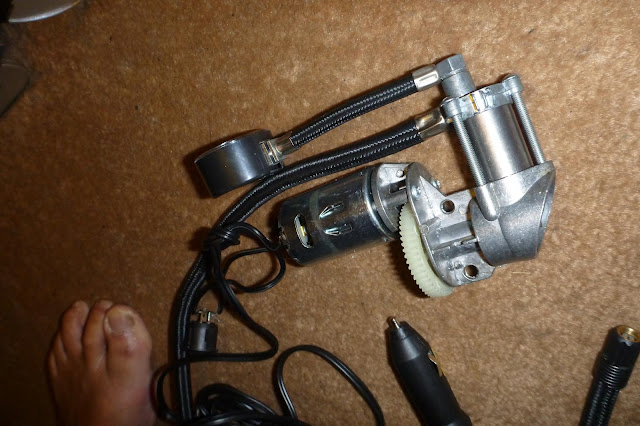 I have cigarette lighter adapters installed on both of my bikes

On Black Friday I also managed to purchase a Spot2 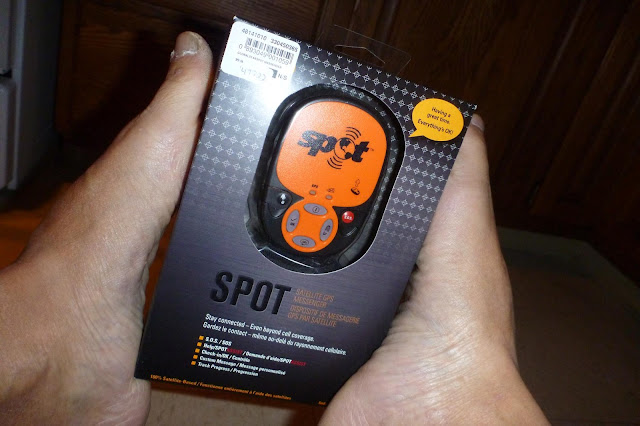 I was on the fence about buying a spot tracker but next year I am riding into uncharted territory and I thought  it would be a good idea for people to know that I was okay, or not.  You just never know when you might need help somewhere with no cell service.