Last year when I was planning my farkle purchases I decided that I had to have a Bluetooth communicator capable of using a GMRS radio so I could be in contact with other riders during our iMBC2012 re-union in Hell's Canyon Oregon. 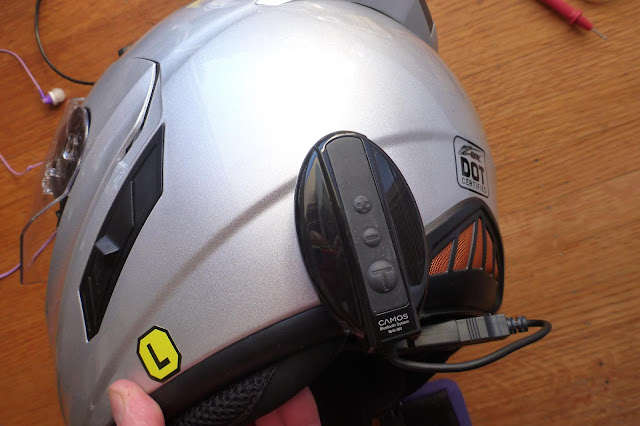 I was sick of having to have dangling wires and forgetting to unhook from my bike when I parked.  There are not many units capable of communicating with each other as only until recently with the Sena SMH-10 BT V3.0 which can link 4 riders.  GMRS on the other hand can communicate with any other GMRS radio.  On a group ride with dozens of riders then GMRS radio is the only way to go.

So this is what I bought.  I have the Camos IMC BT unit.  I also had to buy the GMRS 2-way radio adapter and a MP3 BT adapter so I thought that I was set.   This was a top rated unit with good reviews .  Everyone has switched to the Sena units even though it is not capable of linking more than 4 riders.

But I have no riding buddy and have no one to communicate with other than when I am riding with others.   I wanted to be able to be in touch on rides and also to listen to streaming music when I am on the highway 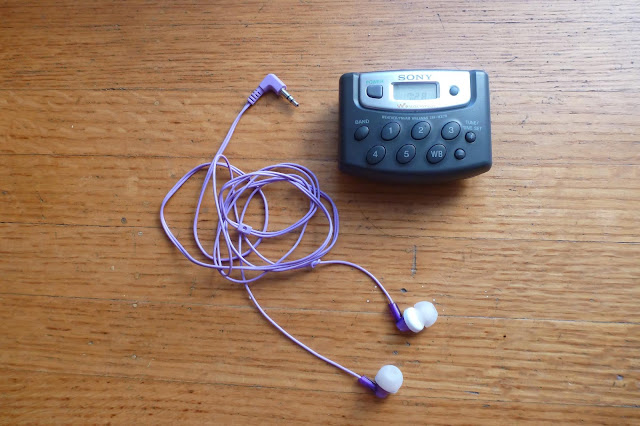 So I purchased an earphone type am/fm Sony digital radio with pushbutton tuning.  I thought that it would be more bike friendly if I could just push buttons to tune stations, or let it scan on its own.  With the earphone connected it works perfectly and it sounds great  but 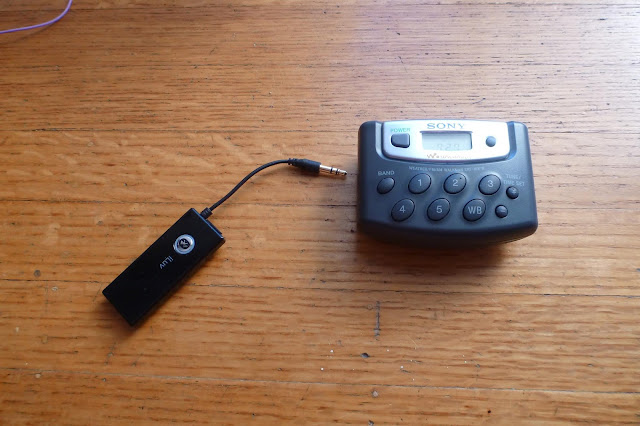 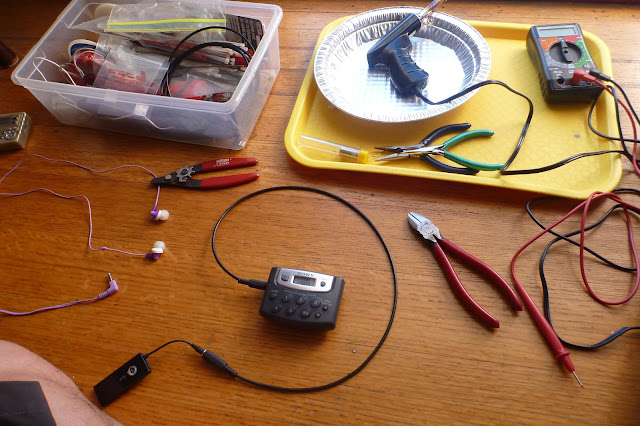 It then struck me that these type of radios use the earphone wire as the antenna, and without this extra wire the stations can't be received very well, so I dug out my tools and made a patch cable.

I bought a couple of 3.5mm female/male plugs and soldered one up so now it looks like that in the photo.   I plug in my patch cable, then plug the BT dongle into that cable and now I can stream the music into my headset 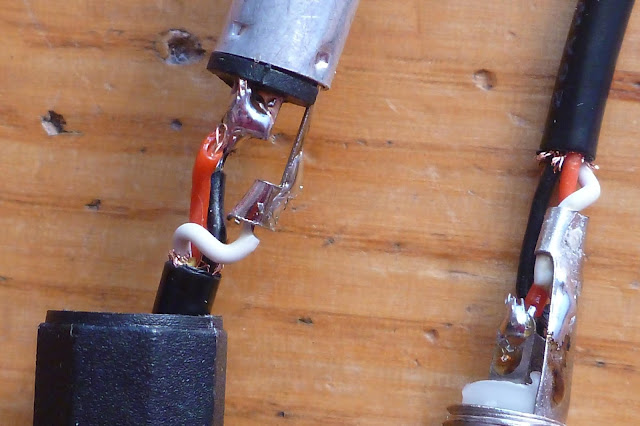 I am a hobbyist so I have wire, solder and electrical stuff and a VOM meter so I can do continuity checks so I know that it works before I connect it up

I love to solder things 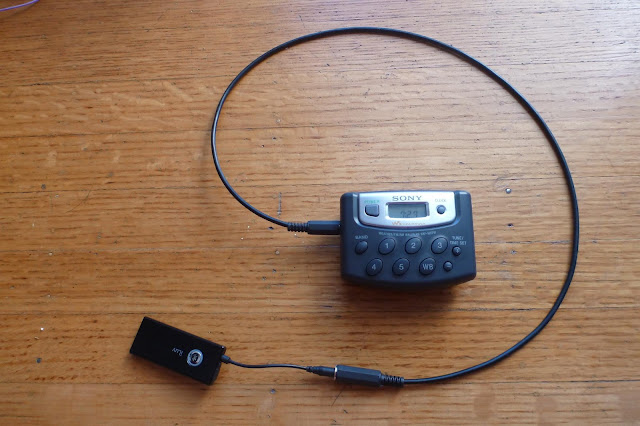 The additional wire of this cable acts as the AM/FM antenna, which you need to capture the radio signal.  When you are not using a earphone, you have NO antenna, thus the radio doesn't work very well
Here is what it looks like in action.   I can put this under the plastic map window on my tank bag and still push the buttons to change stations, and see the LCD screen.