I am very careful with my possessions.  I take care to handle them gently so that they last.  There has been a lot of discussion on the GoProForum about the breaking clip 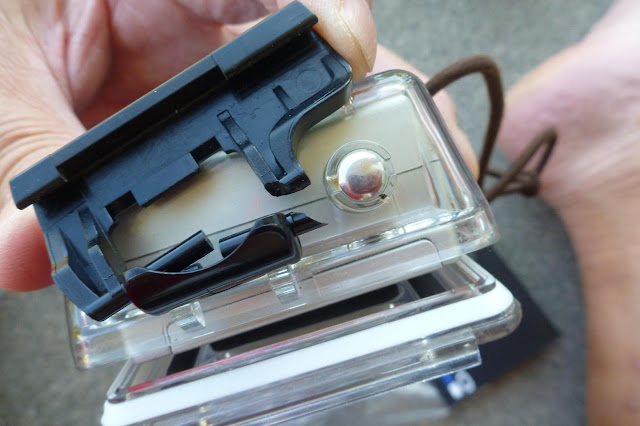 There is a certain way that you are supposed to "push" the latch as you snap the waterproof case together.  You hold the case on the sides, not on the protruding lens, then you push the tab on the clip very gently until it snaps closed.  This is what I had been doing ever since I bought it.

I am very lucky that this didn't break on our recent iMBC2012 gathering down in Hell's Canyon Oregon.  It broke the weekend after I returned 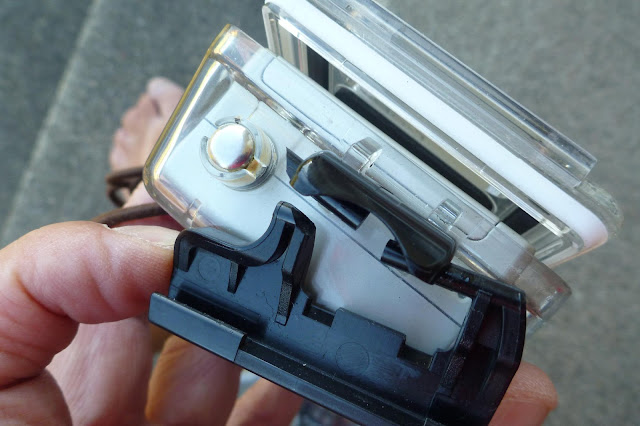 but since I was going on a ride that weekend to Merritt, BC  I knew that I had to purchase a new case right away.  Imagine a small piece of plastic which cost nearly $50. with the taxes in 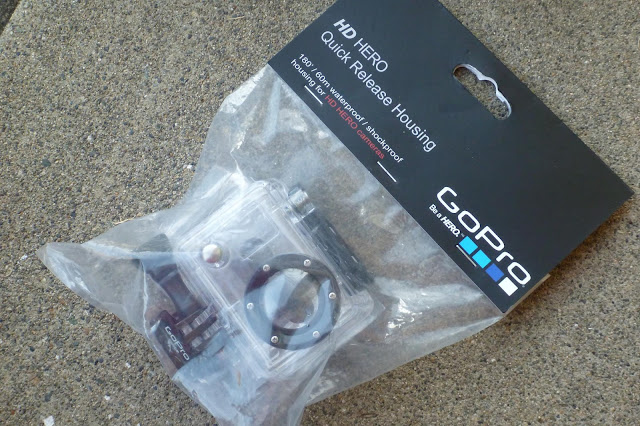 I rushed down to our local BB but they didn't have one in stock.  I actually had to go to three stores to find one.  Without this case you have no way to attach it to your RAM mounts. 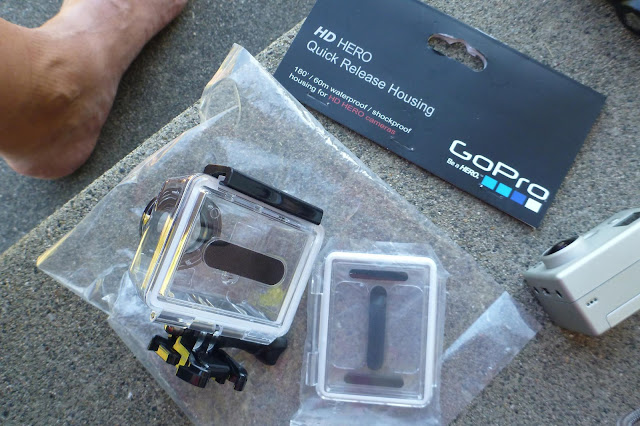 The new waterproof case also comes with two new rear doors which is nice as they have new seals, rather than having to re-use the old ones that I already had 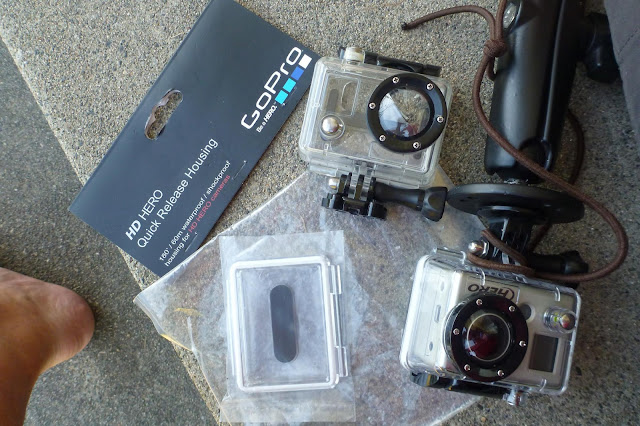 So there it is, the old case which is now useless unless I can purchase the clip as an individual part.   At the time I was actually thinking of purchasing the New Hero2 just so I can have the case, but I am glad that I waited for the new Hero3 has just been released and it comes with built-in WiFi and has a small remote control which can turn it off and on.  It also hast built-in Bluetooth so you can install an App (android or iOS and control it with your smartphone, which can also be used as a realtime viewer.  This means a multitude of different mounting options to explore.

It is so frustrating to now know if your unit is recording or not, as I have the original Hero1.  The status of your Hero3 will show on your remote by various LED's and it can be mounted on your handlebar

For this post I used Trobairitz's method of Uploading directly from my Hard Drive.  I alsu decided to use Chrome as my browser as it is a Google Product and I thought there may be a problem with my Internet Explorer.  I also decided to upload directly to Blogger for this same reason.  I decided which photos I wanted to use and put them in a separate directory.  I used a bulk image resizer to reduce these images down to 2000x1330 before uploading.   The image pop up menu appeared for all the photos so I had the choice of:  small med large xtra-large left centre right etc for all images.

I tried uploading one at a time, and also multiple images at a time.  The only thing I don't like about this method is that everytime you ADD an image to your compose screen in Blogger, your compose screen goes "TO THE TOP" of your post and you have to drag it back down to the bottom so you can add your text.  Of course this may only be happening to me, and not to you

on my next post I will try using Photobucket and insert images using HTML which is what I am more used to.  Oh, and another thing, when I go to another TAB to find a link, I return to my cojmpose tab and find it closed, so I have to make sure that I  "Save" first before I change Tabs as I don't want to loose anything.

I did some searching on the WEB yesterday about the insert image dialogue and it appears that others have this same problem of not getting the insert image pop up menu for size and position after the first couple of images.  Subsequent images cannot be altered in size from the Blogger compose screen .  There is a workaround if you switch to HTML as you can then alter the HTML code to change the image size but it would just be an inconvenience to have to do this all the time.