Oh, Oh, the rain has arrived in full force

a day off from work and it decides to rain 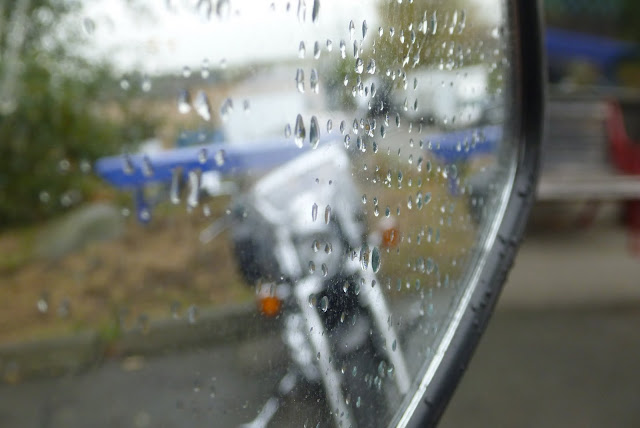 and a lot of rain forecast for later in the day.   I had big plans for these vacation days.  A month ago I checked the long range forecast and it was supposed to be sunny and cool.  Then after I booked my time off the weather GODs decided to rain instead.  I was frantically getting Nu2Me ready for her first trip to Vancouver Island.  I installed the combo rack/top case bracket, bought a GIVI Blade 47L top case, order the RAM mounts for my GoProHD and GPS , but it was not to be 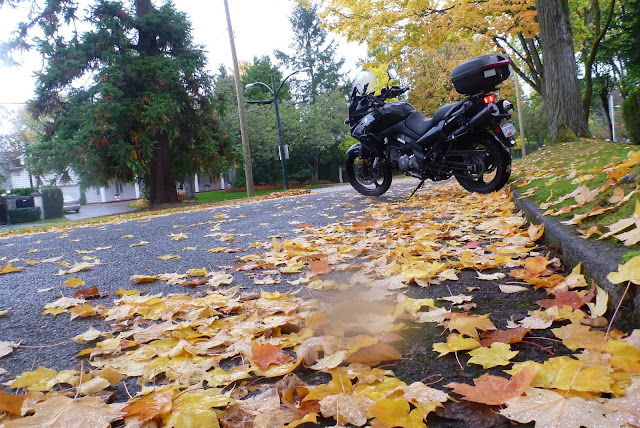 instead I decided to have a healthy breakfast at the local Golden Arches, I decided to go out instead of making breakfast at home and then I went over to EMS for a much needed Oil / Filter change.  Since I was staying in town, at least for today, I also booked an appointment to service my commuter car as it needed a full checkup, LOF, antifreeze & brake check.   The antifeeze is nearly 6 years old and I thought it should be change.  Also the front brakes were approx 30% pad life left when it was serviced in the Spring.  Good news, my antifreeze is good for 10 years, and my brakes still have 20% life left so I can defer this until "next time".  Oh, also tire rotation, but soon I will be installing my 4 snow tires for the Winter 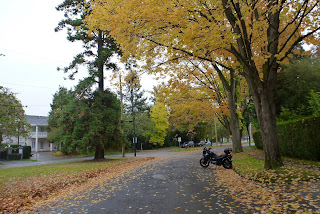 It was a relaxing day not doing much of anything.  Before I left in the morning I dug out my air compressor and checked the tires on both of my bikes, Nu2Me and my 'Strom. They were both down a couple of pounds, nothing serious but it is better to be at the correct pressures.

I came home and fiddled around for a few hours until I decided to go for a ride, even though the rain was coming down harder than before. 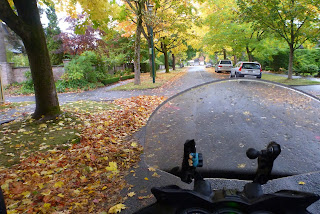 I decided to ride around a neighbourhood with tree-lined streets to show you some Autumn colours.  We don't have a lot of colour here being in the centre of the city and most of our trees are evergreen and during the Winter they just look dull and greyish.  You have to be careful not to slip on the fallen leaves.   I am having a minor problem with Picasa.  I am trying to learn how it works and I thought I had it figured out BUT it doesn't always work the way it is supposed to


For this post I decided to transfer the full resolution photos, straight out of the camera into a directory on my External Hard Drive.   Then I opened Picasa and because it only looks at the laptop drive, I have to go to another menu and "Add new Folder to Picasa".   Then  I  *star the ones I wish to use and then I "sync to web".   I sit back and let my laptop do the work and a few minutes later the circle has stopped turning.   The full resolutions photos have all been reduced to 2048 and added to my Picasa Web Album

Now I have a problem.  The first two photos (above) posted correctly.  I was able to use a pop up menu:  small, med, large, Xtra large, left centre right, etc.  BUT then when I added the next two photos  (#3 and #4), I could not get the pop up menu.  It would not display no matter what I did.  I tried to click on the photo and all I got was the "move" cursor so I deleted both of the several time and tried it again.  There was NO way that I could make them Extra Large, the posted in the size above, as displayed so I just added text on the side.   It is so frustrating why it doesn give me the pop up menu so I can select the size and placement options 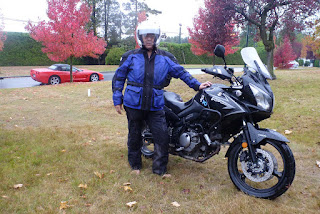 I've got the same problem with this one, I cannot make it display larger than what it is.  Why is it I get the pop up menu sometimes and not other times ?

That's what happens when you give control to a program and you don't know what it is doing behind the scenes.

I don't think I have this problem with Photobucket, but I have to resize my photos first before I upload.

I have tried Flickr and when you select the HTML code you are given size options.  I'm still trying to decide what my future workflow will be and which services I should select.   It is my plan to try different methods for the next few posts and see what works.


I think I'm getting frustrated with the Picasa interface again.  It has automated features which don't work correctly.  Sometimes it works and sometimes it doesn't.   This next photo was uploaded to Photobucket, I sized it before upload which is the same size I have always used.  I don't mind doing the resizing manually as I have always done it this way, and the photos always display the way I want.  There are no surprises . . .

You know that we are doing a construction project in our back yard.  It is now the rainy season and we have probably had 6 " of rain since last weekend.   Our yard is a mud bog right now and tonight is garbage night.  They have just delivered a new pile of dirt so they can fill in the drainage ditch.  The ground is very soft and waterlogged.   I do not have boots long enough as when you take a step your foot goes about a foot down into the ground, so I had to resort to the only shoes I know that can handle this task.