We were once young, we never thought we would age and even though our mind believes that we are younger than we are,  we aren't 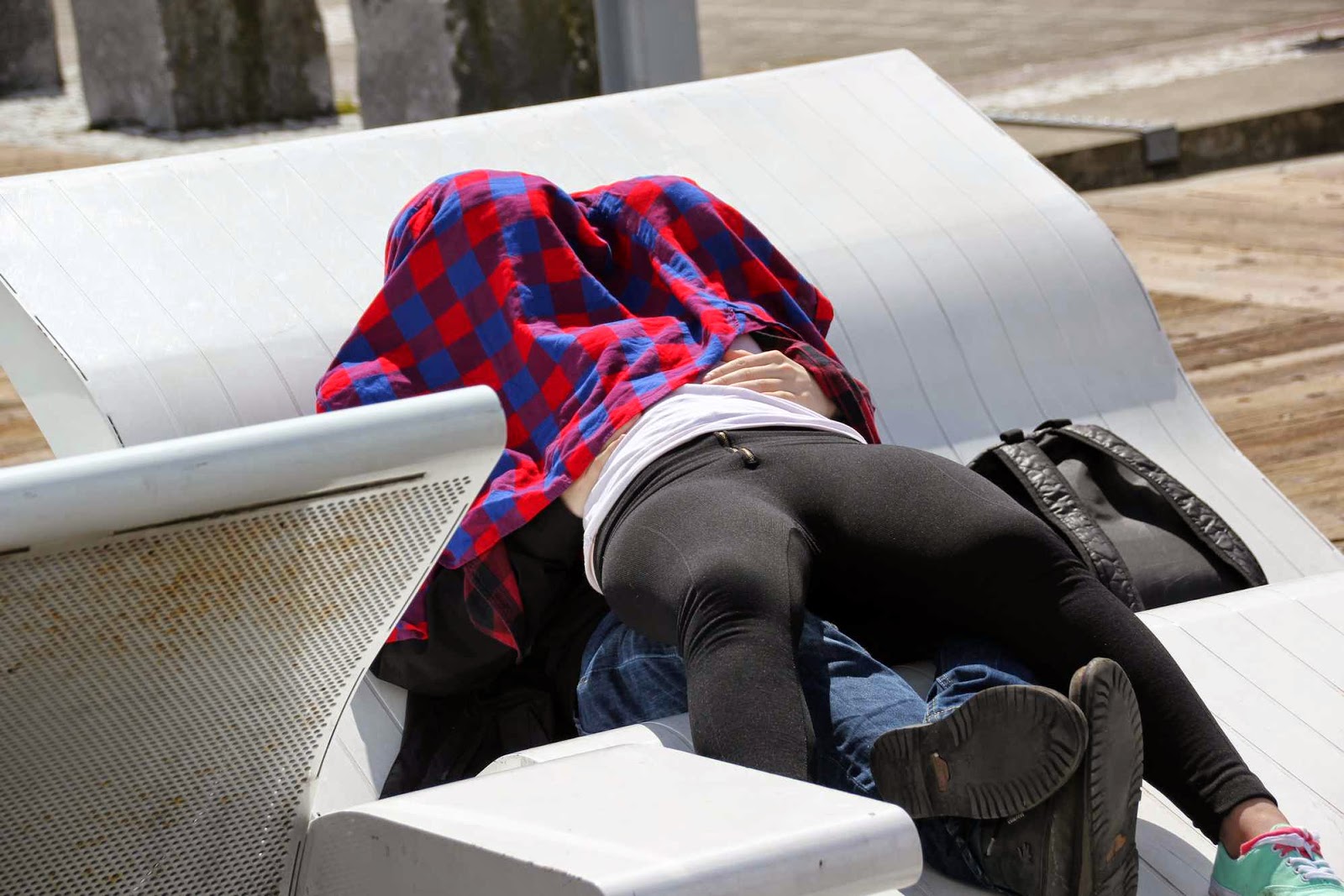 Recently spotted in a public park

I've always been healthy.  I'm one of those who never takes a day off due to sickness, except now.  Lately I've been thinking more about mortality.  I equate our lives to a gas gauge.  We all start off with a full tank and as time passes, the level goes down, except that there is no way to top off the tank with more fuel 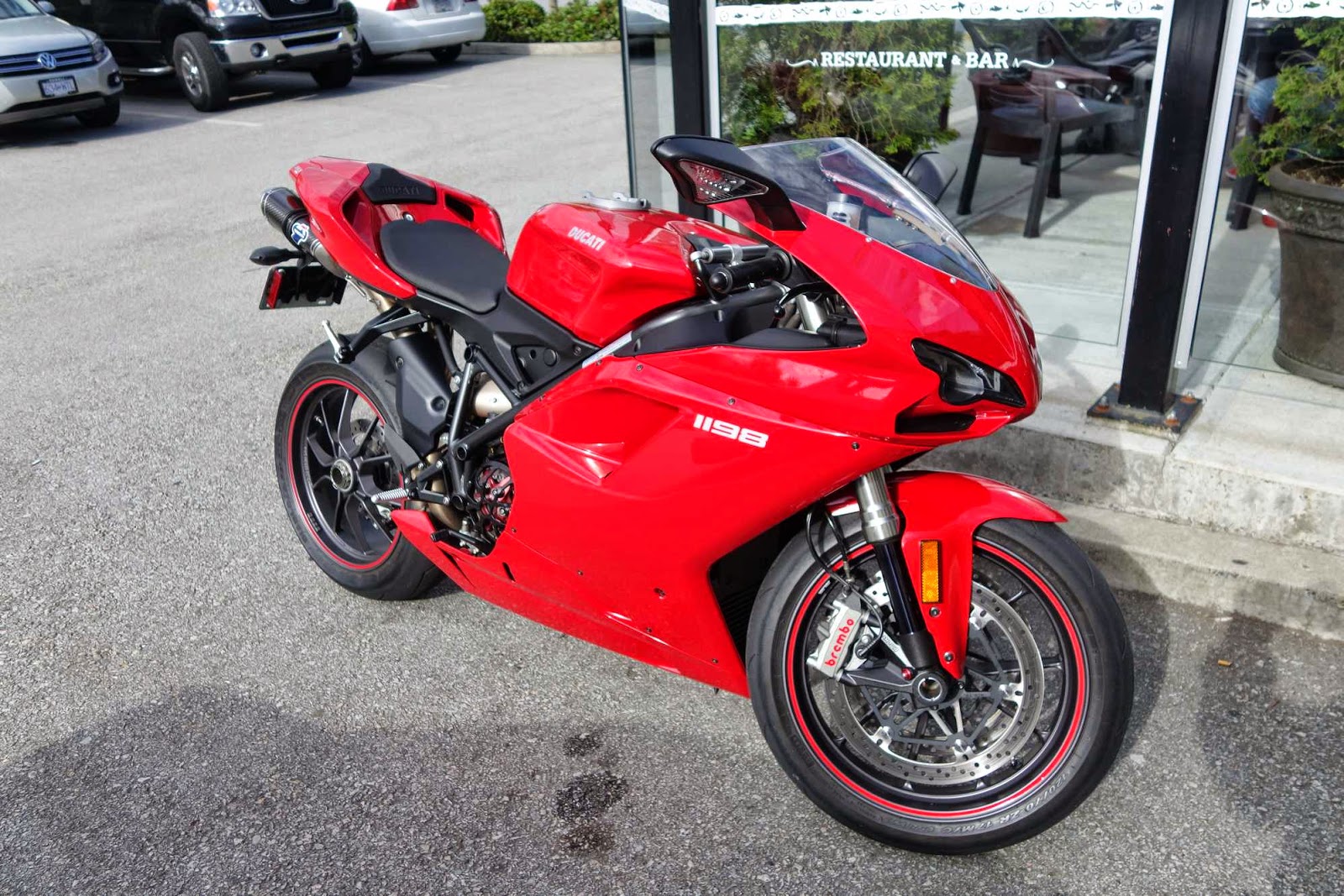 I admire performance machines but I no longer have the reflexes of someone a third of my age.  Bikes like these are not built for old people 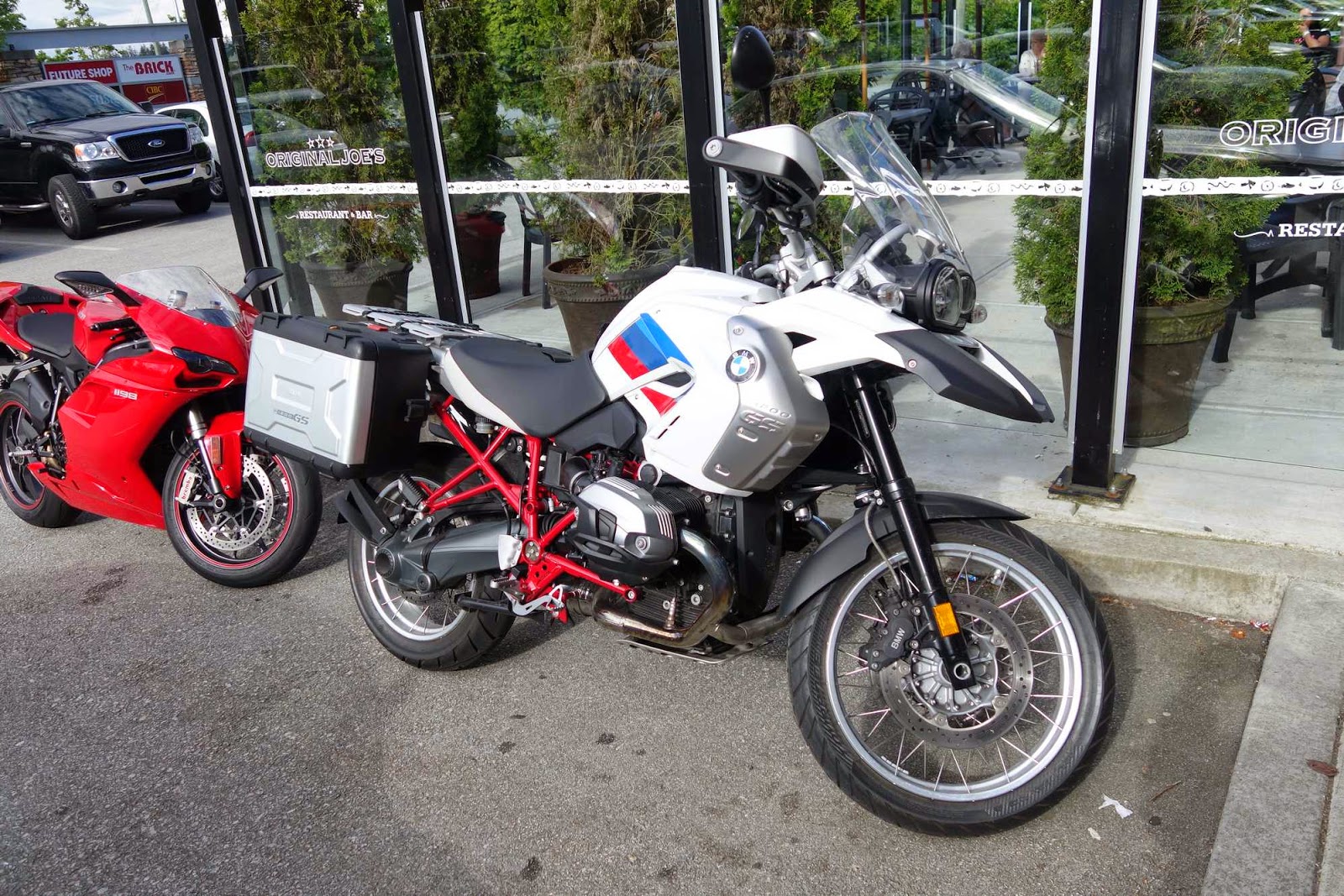 and as I look at this BMW GS  I think of exotic places to ride, like Mexico or South America but I know that it is not within the realm of possibility.    I am not self sufficient, I do not know Spanish nor can I possibly endure the hardships of solo travel in a strange land when I am used to the comforts of home.  If I were 30 years younger I could make a plan to learn more about motorcycle mechanics and take a few language lessons but I wasn't interested in touring that many years ago, and I fear that I am too late so for now my plan is to tour the North American continent where I have no language issues and where things are not much different than here in Canada

I am on the verge of retiring but I am one of a zillion baby boomers caught in the  economic collapse of the civilized world and the thought of having enough funds to live a comfortable life consume my thoughts.  For now, even though I am past the traditionally accepted retirement age,  I continue to work

Back in 2007,  I needed a new(er) car and decided to buy a Honda Civic as my commuter.  Nothing fancy, just something with good gas mileage as I have a long commute.  I like manual transmissions so I chose a 5 speed.   Little did I know that my foot would be randomly acting up and would be a recurring problem.  My plan was to buy a new vehicle when I retired so that I would have something reliable and not needing repairs.  Now I have decided that I won't really need a vehicle since if I stop working I won't need to commute but with my foot problem I should have gotten an automatic.  If I had known that the Civic would be my last car then I should have bought a higher model, like the Accord instead 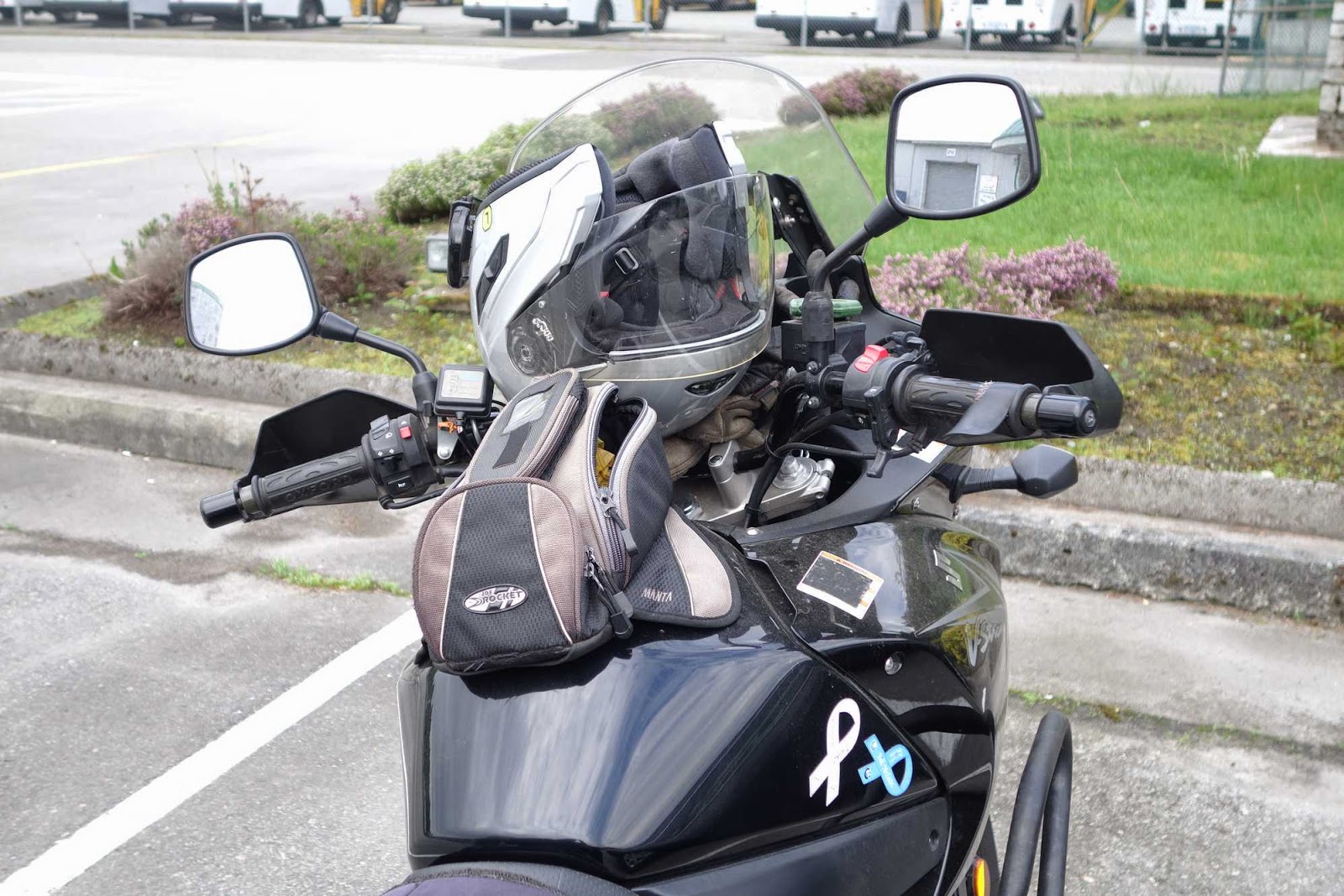 While my foot is not really back to normal I have been commuting to work on my bike but my foot is still a little bit swollen and my heel is rubbing on my boot and it is causing discomfort so at work I have been wearing slip ons which are less confining and I try to change out of my shoes at the first opportunity.  Last week we had casual Friday so I was lucky to be able to wear my comfortable shoes which helped a lot 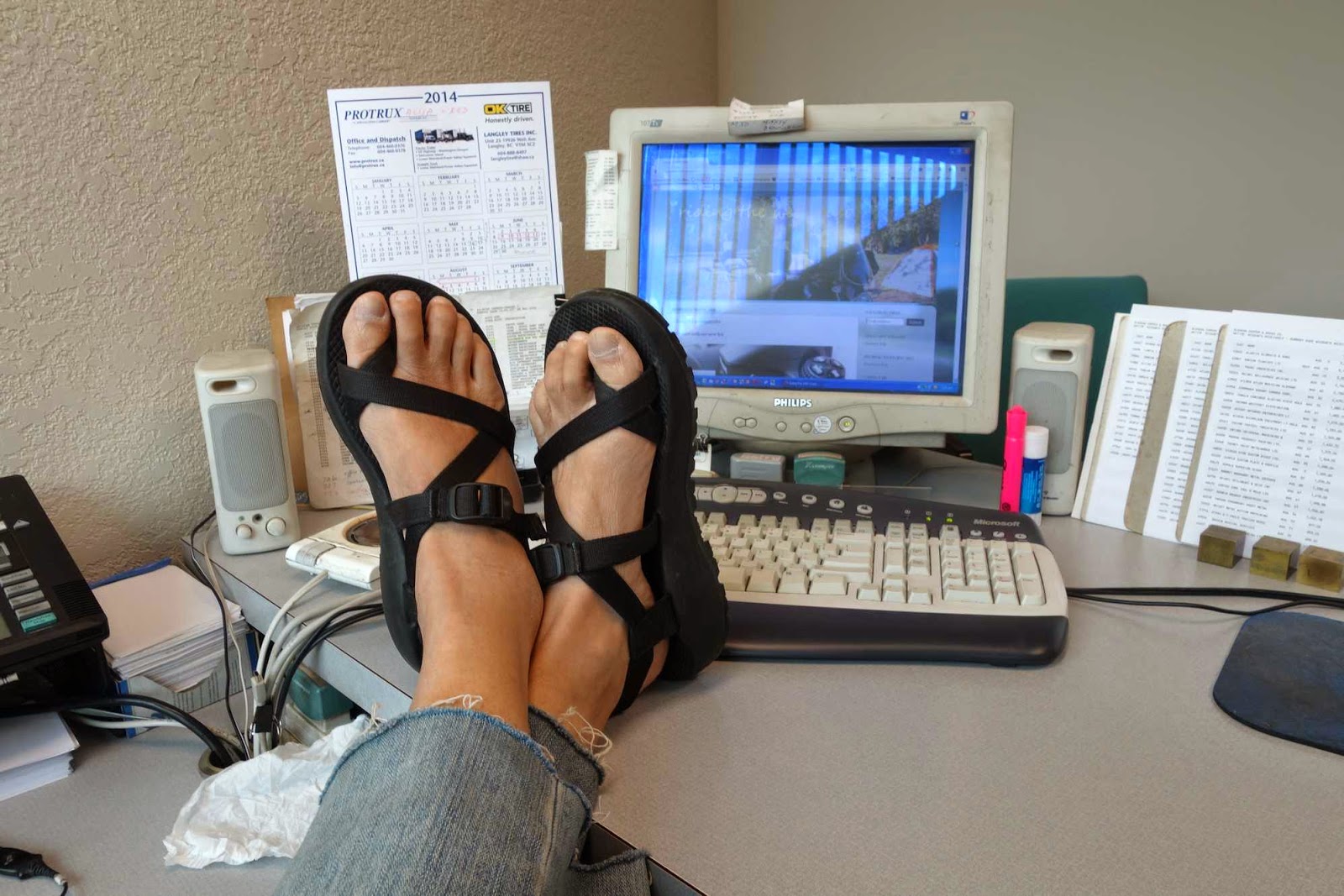 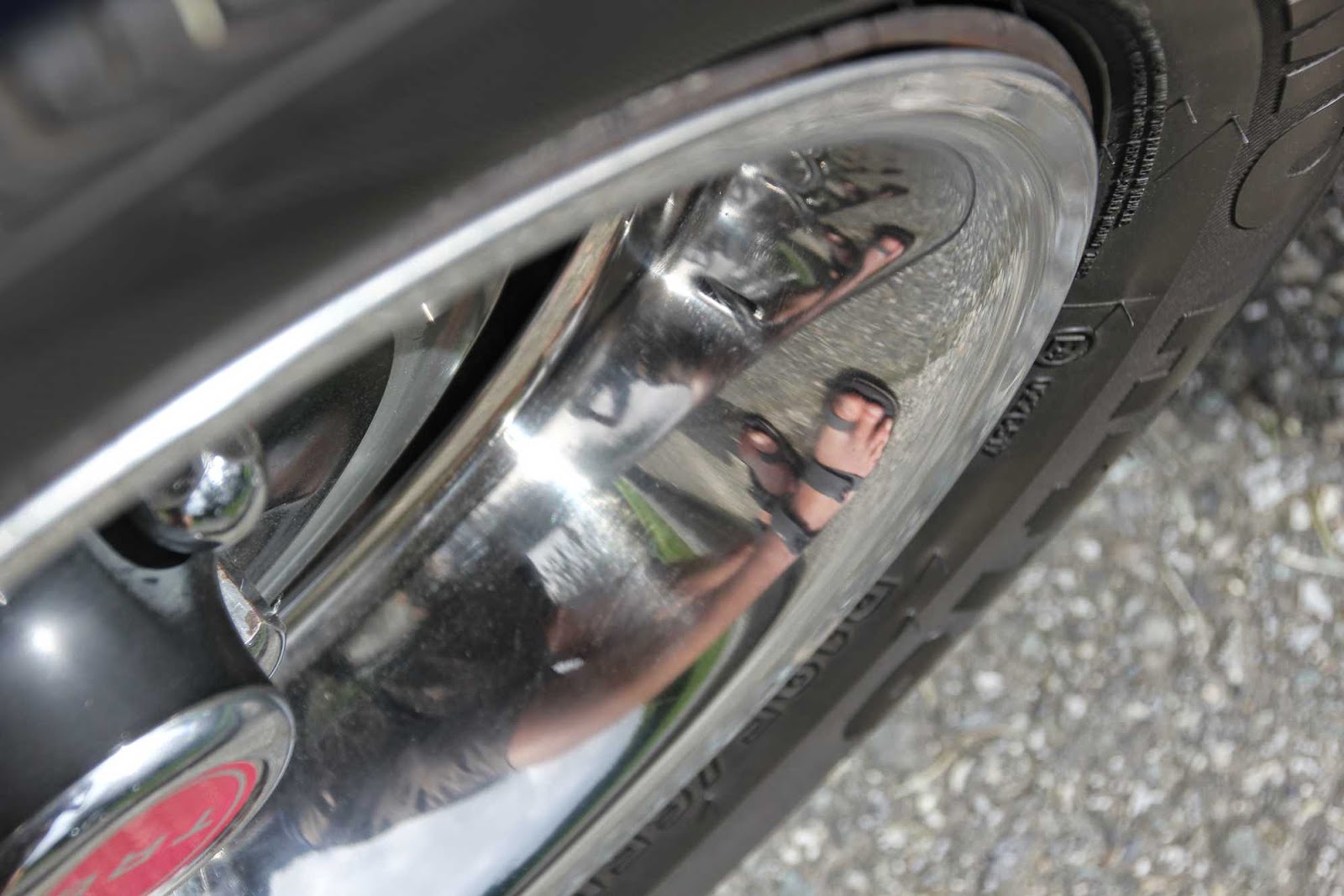 Last Friday I had dinner with my Uncle who lives out of town.   I generally refer to him as Uncle "R" but he is also a practicing Doctor so I cornered him and said I needed to speak to Dr "R" for a few moments and he confirmed what I had thought.   I described where it was swelling and all of my symptons so I am now fairly certain that I know what is causing my swelling and  NO, it is not Gout.

I have still not seen any Doctor since my foot started acting up nearly 4 weeks ago and while I am not yet back to normal I am thinking that I should be better soon.   I won't bore you with the details but there are some foot exercises I should be doing to strengthen some muscles but it is something that will never heal and I have to be careful not to stress my foot from now on or the problem will return.  It's just a reminder that I am older than I think and I can't do things like I used to do when I was much younger. 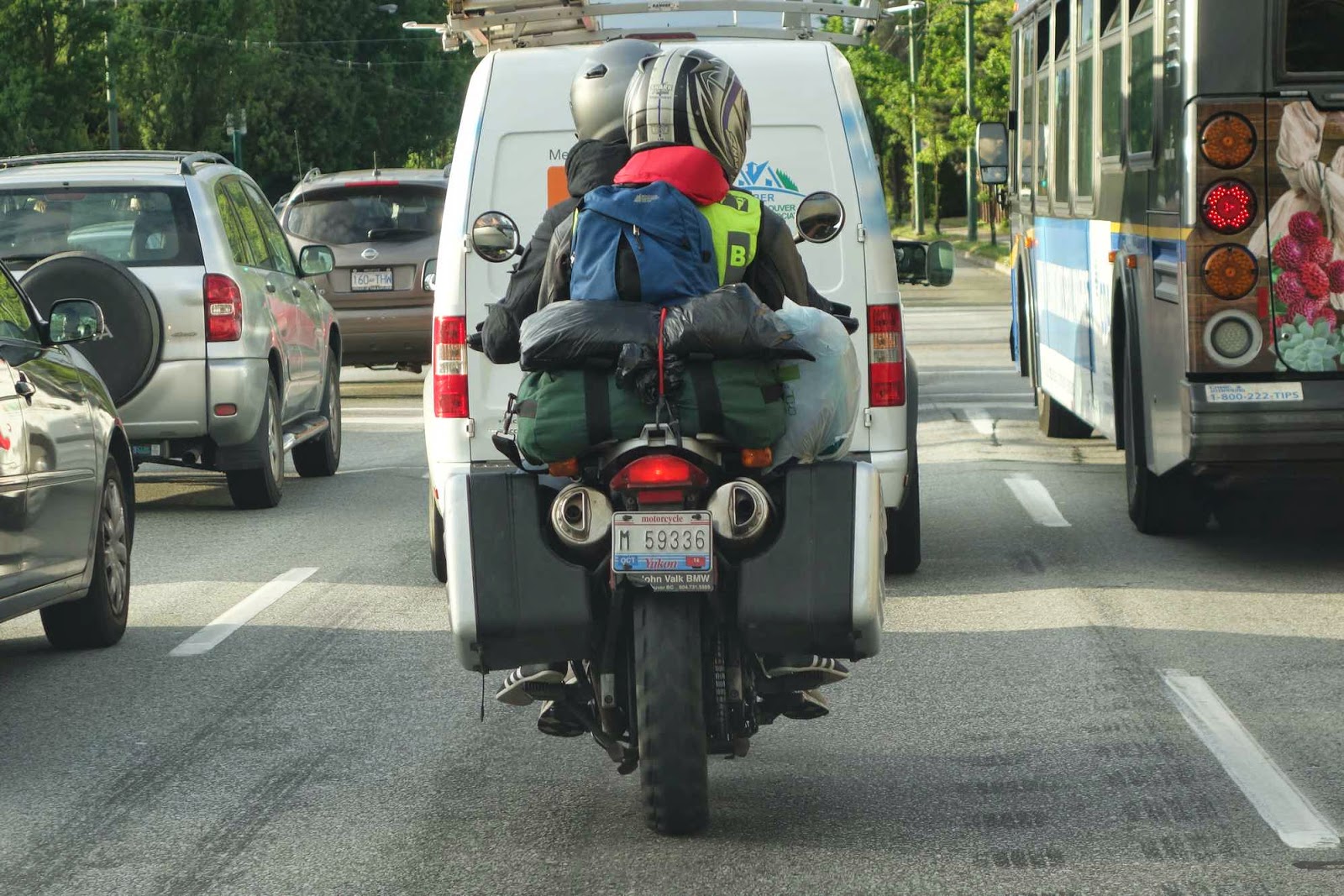 I spotted this bike and when I got closer I noticed this BMW GS was from the Yukon.  I thought to myself,  "I can do that", and perhaps I will but not this year.   This is going to be a short riding season for me.  I have no plans to ride anywhere except perhaps for a few days but I am running out of vacation spots as others at work have already entered their requests and looking at my calendar there are not many days left for me to choose as I have to be at work when certain others are away.