I didn't think that I ate that much but after I was finished I couldn"t stand the sight of food.  For the past few years we have gotten out of the habit of going for an upscale buffet luncheon but our daughter called the other day and asked if we were free for lunch on Sunday (Father's Day).  I knew that I was not going to be around for a few weeks so I am purposely making myself more available to do family things 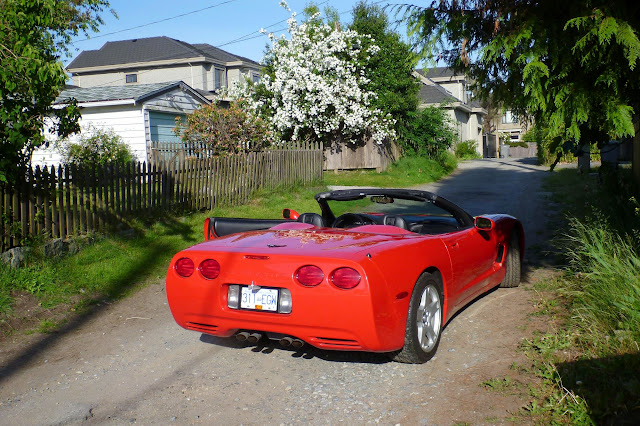 I dusted off the car and off we went.   I had not been able to drive the car much even though I bought insurance nearly 2 months ago as Mrs Skoot had her operation and was not recommended to sit in the low seat, but we managed to squeeze her in.   I don't really find it that enjoyable to be driving around by myself

I am also not a fan of buffets as I am like a fish with no sense as to when to stop eating.   I prefer defined portions as I have no self control 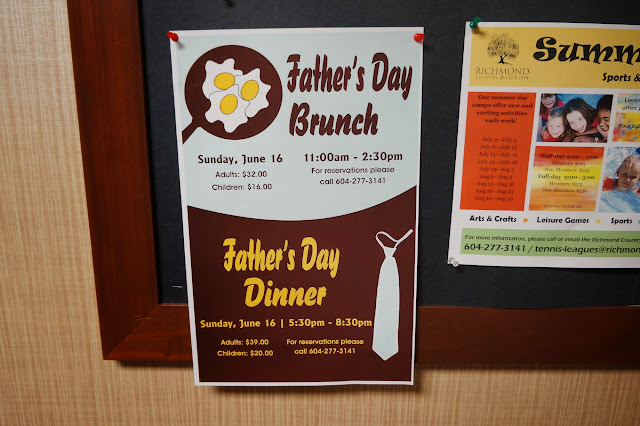 I must say that this was an excellent buffet with above and beyond service and a great selection of items.  It was a Country Club in sunny Richmond which was more like a luxury ocean liner 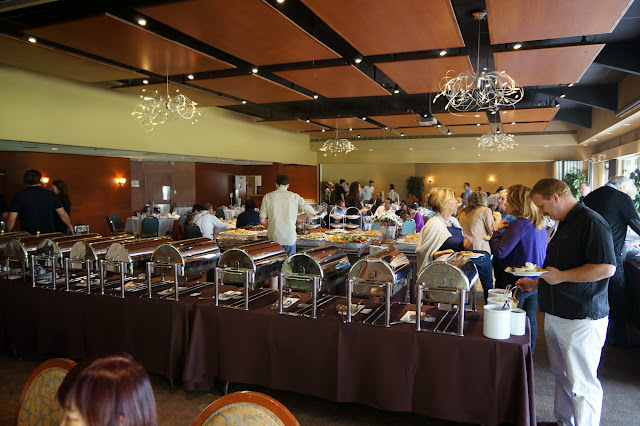 Look at all the hot food, then the salad table behind and there was also a dessert table in another room 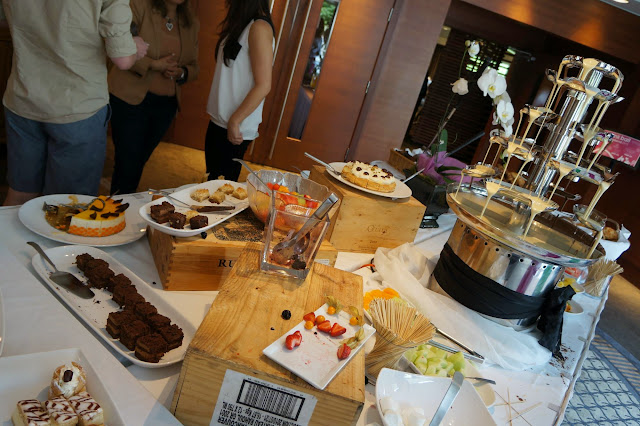 Of course this table was full when we arrived, not so much now as we are leaving 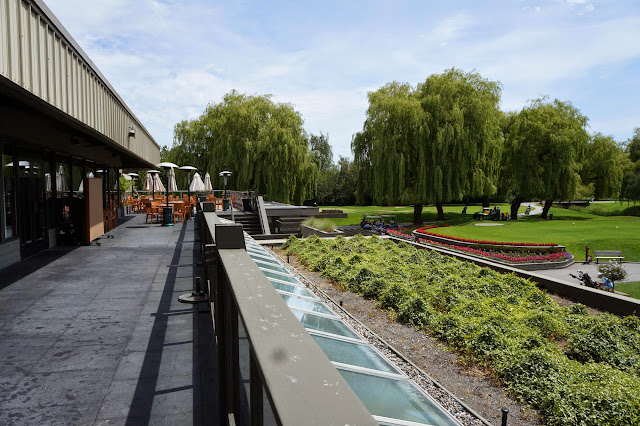 You couldn't have asked for a better day.    They have indoor squash and tennis courts but we sat outside by the pool after our meal to soak in some sun 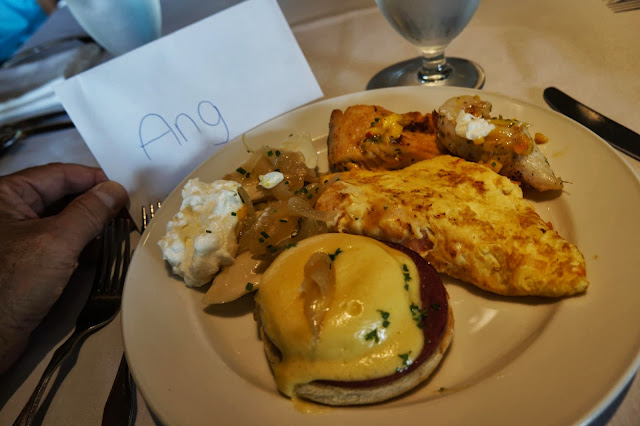 I tried to keep my portions on the smaller side.    I know, no vegetables but this is my day to eat what I wanted.   I love Perogies with onions and sour cream,  eggs benedict and custom omlette with a smidge of Halibut and salmon 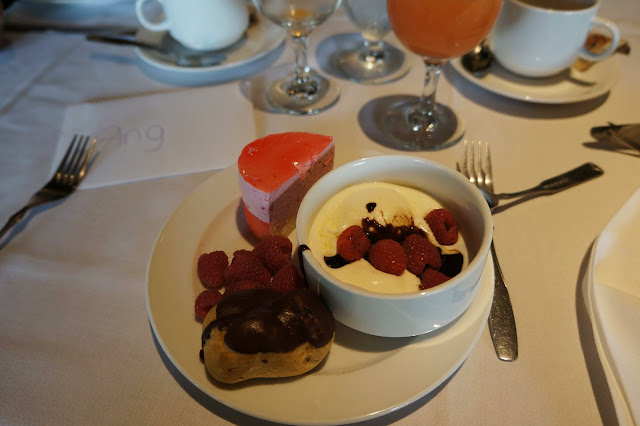 Small cup of soft ice cream drizzled with chocolate syrup and fresh raspberries, a small chocolate eclair and a Pink mousse of some kind

and a home-made Father's Day card made by our Grandchildren.   "Ang" = Grandpa in an unusual Chinese dialect 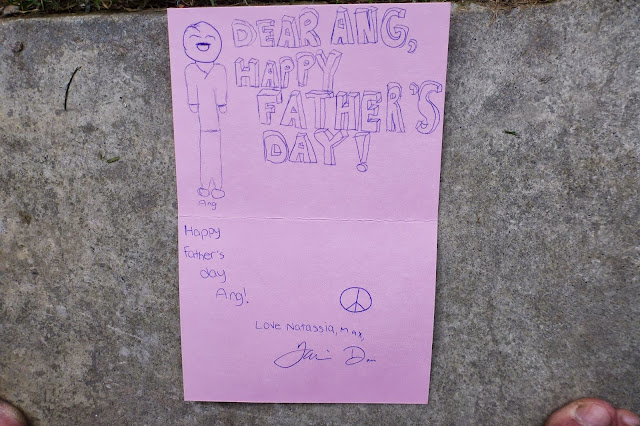 Another relaxing day on the Wet Coast