With my two weeks off rapidly coming to an end I had to make sure that ScooterBob got to see a bit more of the country.  This time around a short circuit involving some delicious gravel was called for and ScooterBob was carefully packed in the Vee's topbox for this new adventure.

We left Palmy at around 9 and after being held up by the world's longest train in Bunnythorpe (4 engines and probably at least a kilometre long) we made our way out across Vinegar Hill to Hunterville where we gave the Vee a wee drinky before hitting the gravel.  After taking in the sealed section of Ongo Road we hit the gravel when we turned onto Turakina Valley Road.

It'd been a while since I'd had a decent squirt on gravel so I took things fairly quietly and made sure that we had time for a few photo stops. 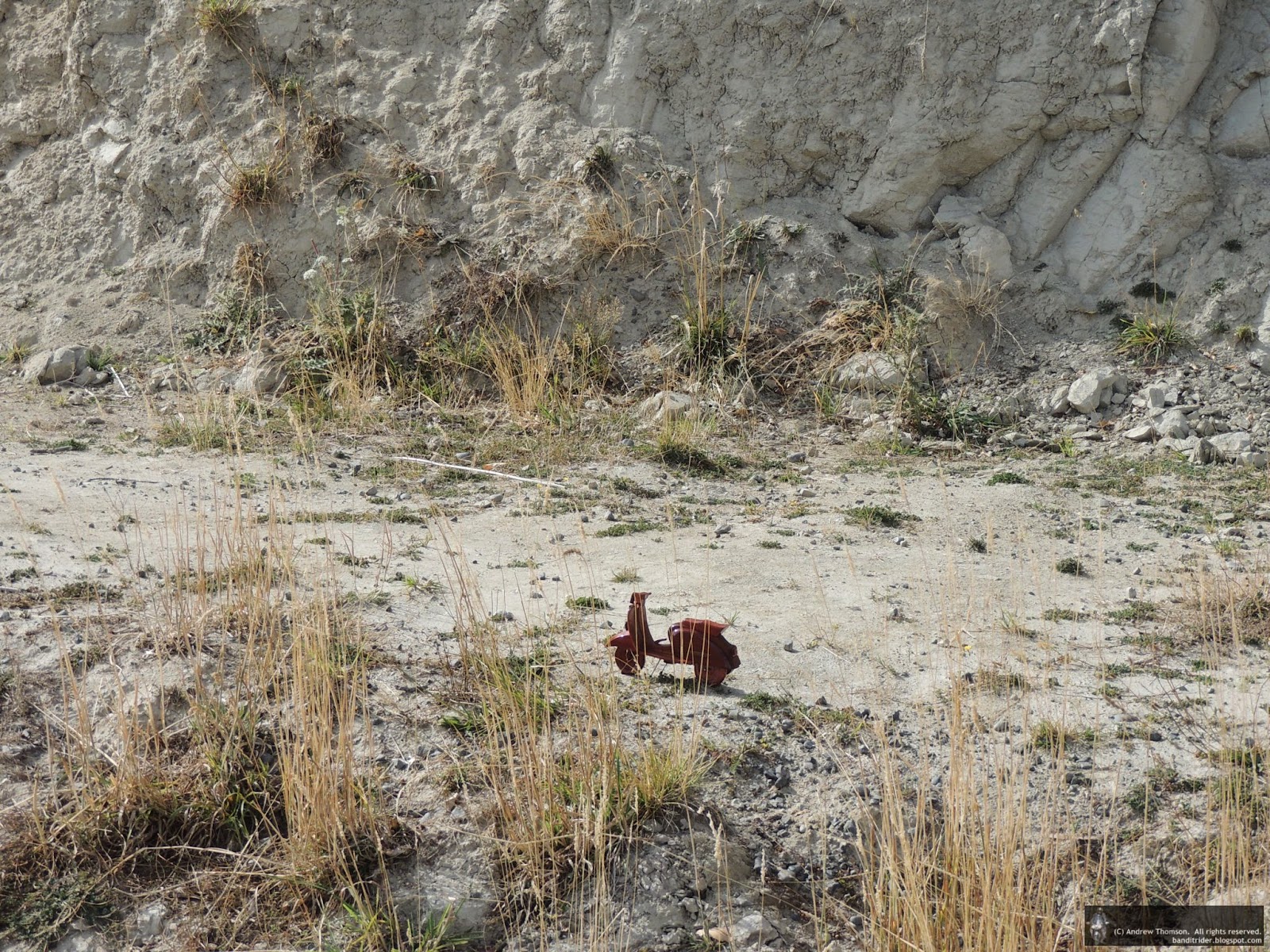 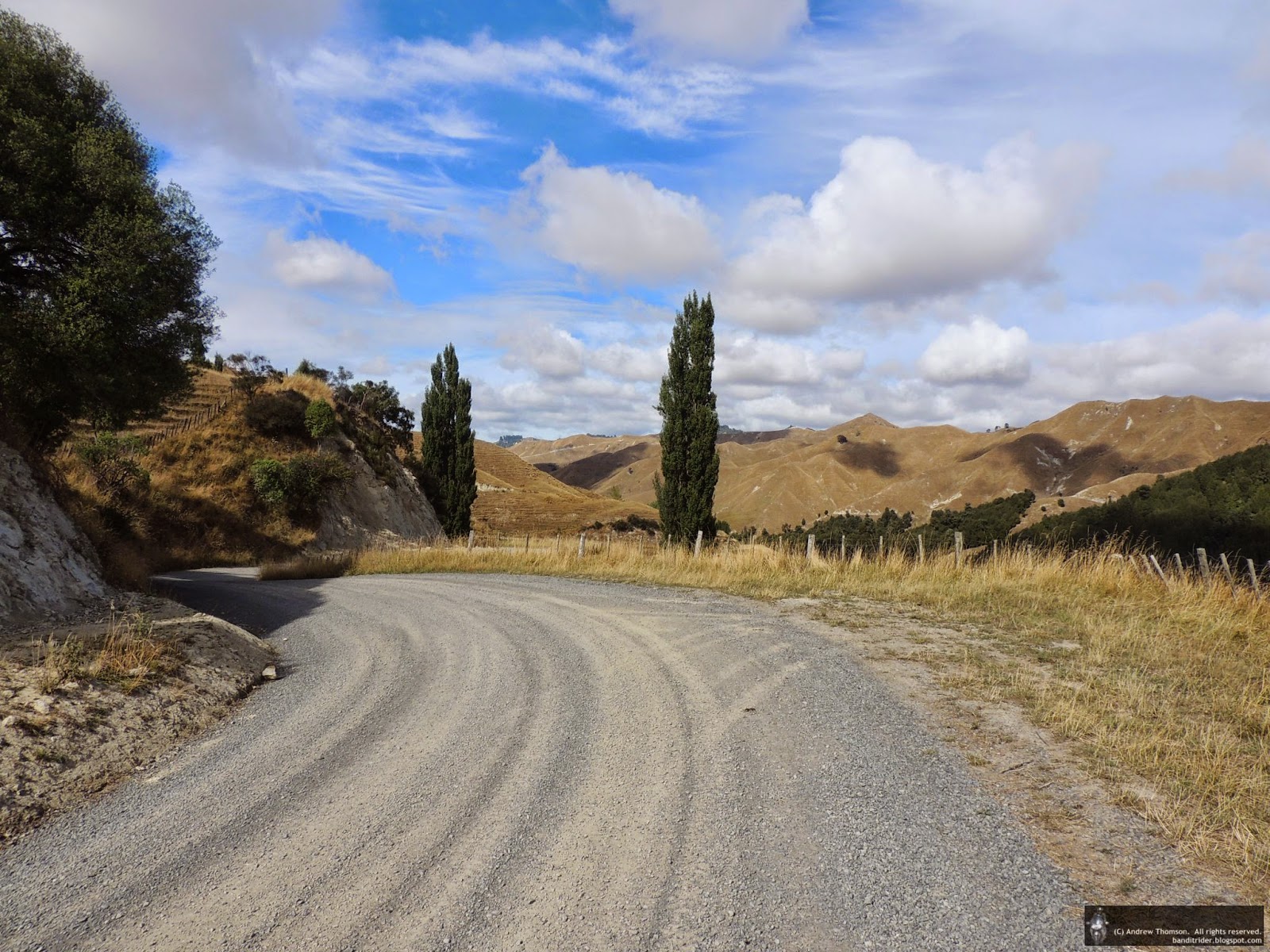 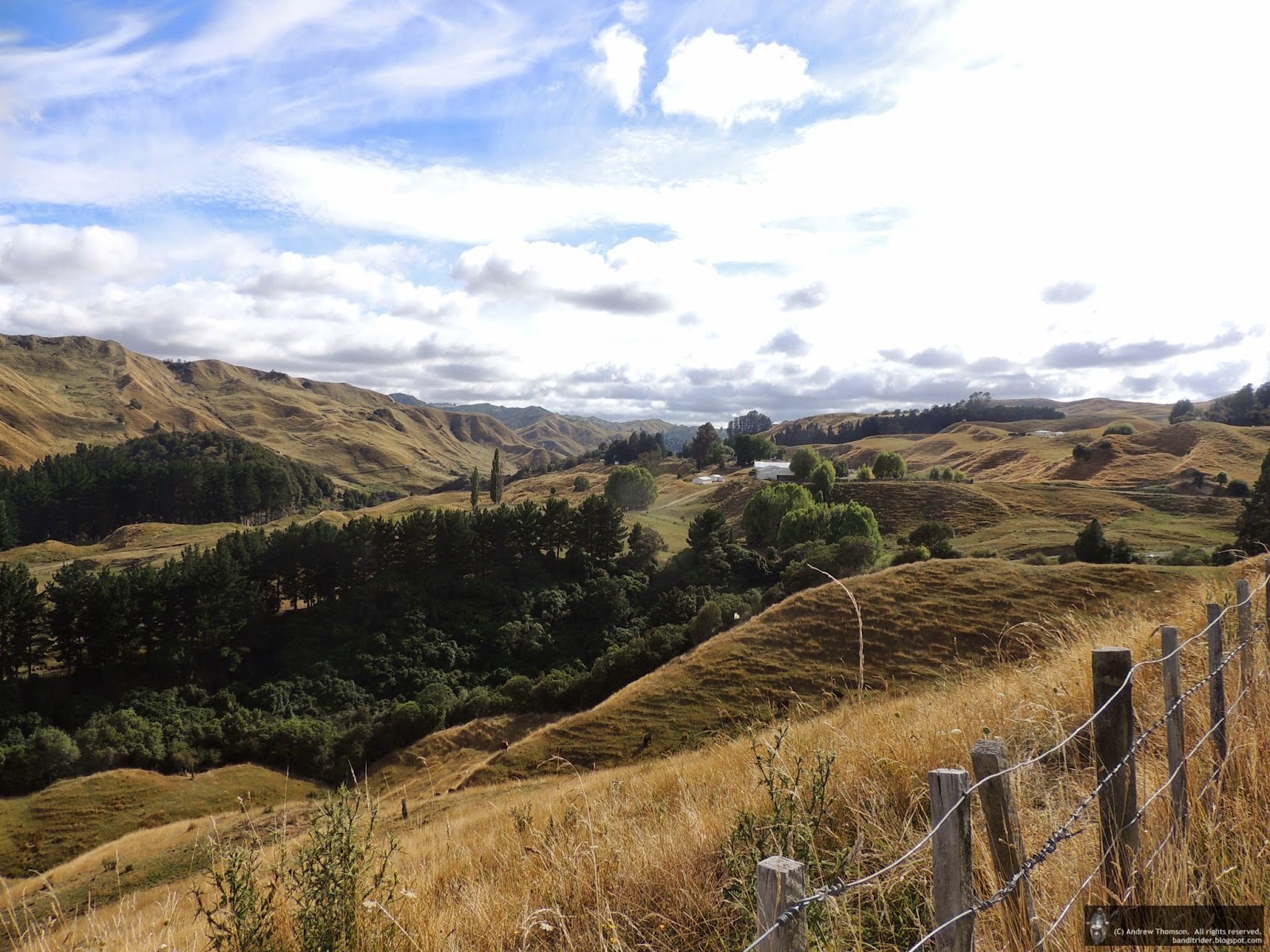 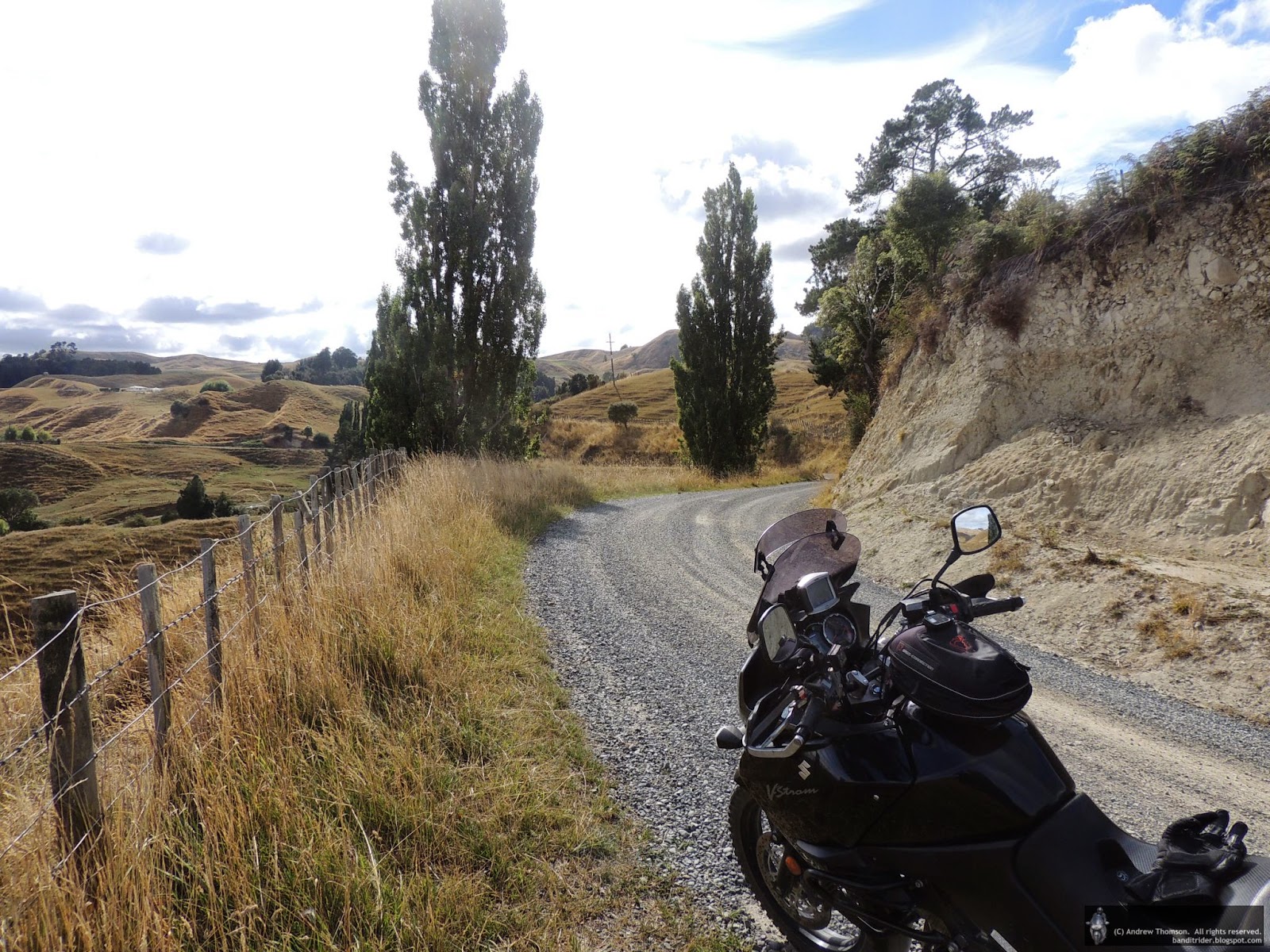 Turakina Valley Road has to rate as one of my favourite gravel roads - it's pretty easy riding and offers some great views.  Up at the Northern end the gravel was in superb condition and speeds were high.  The only delay I had was when I came across a farmer moving some cattle along the road. 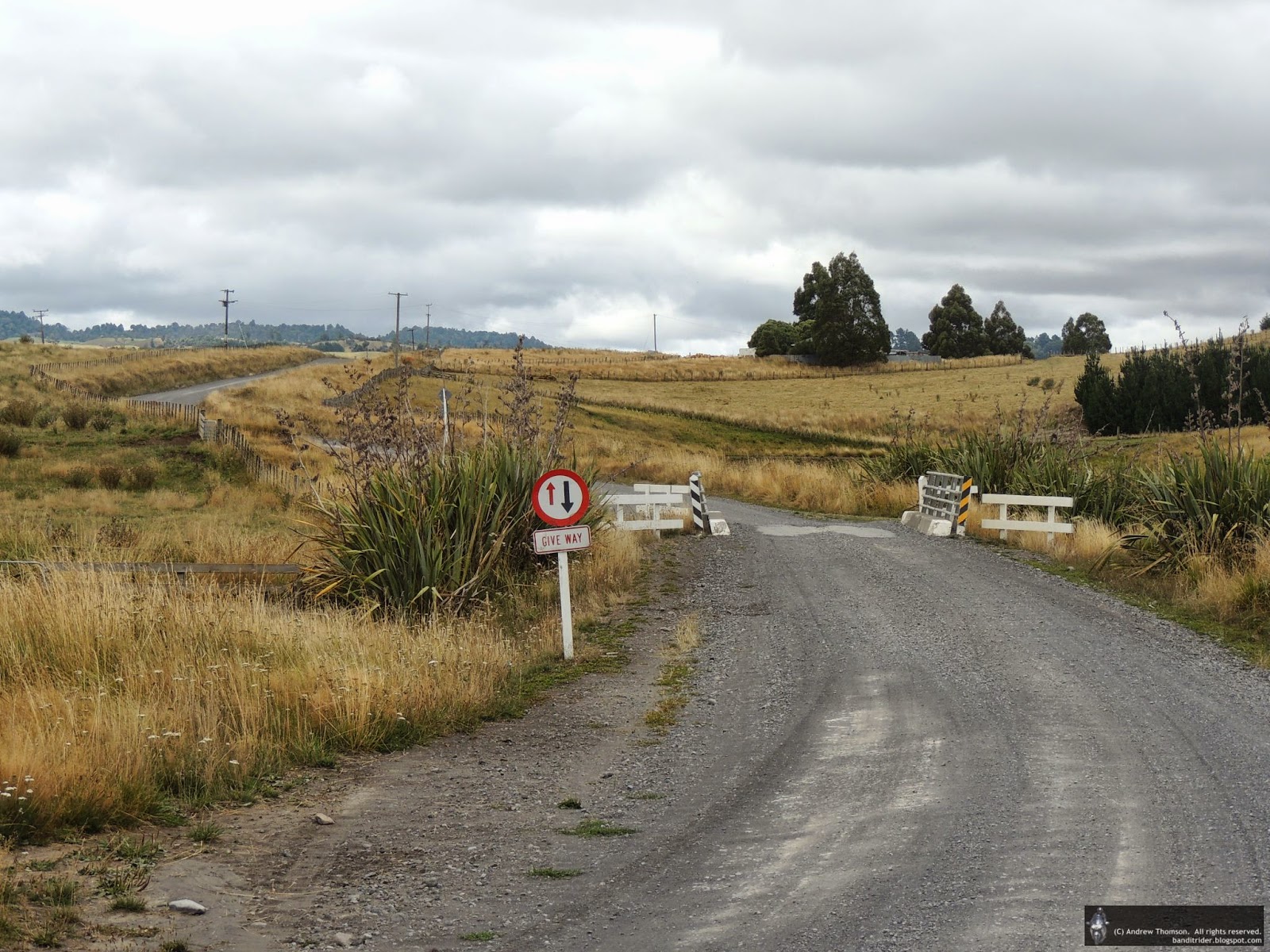 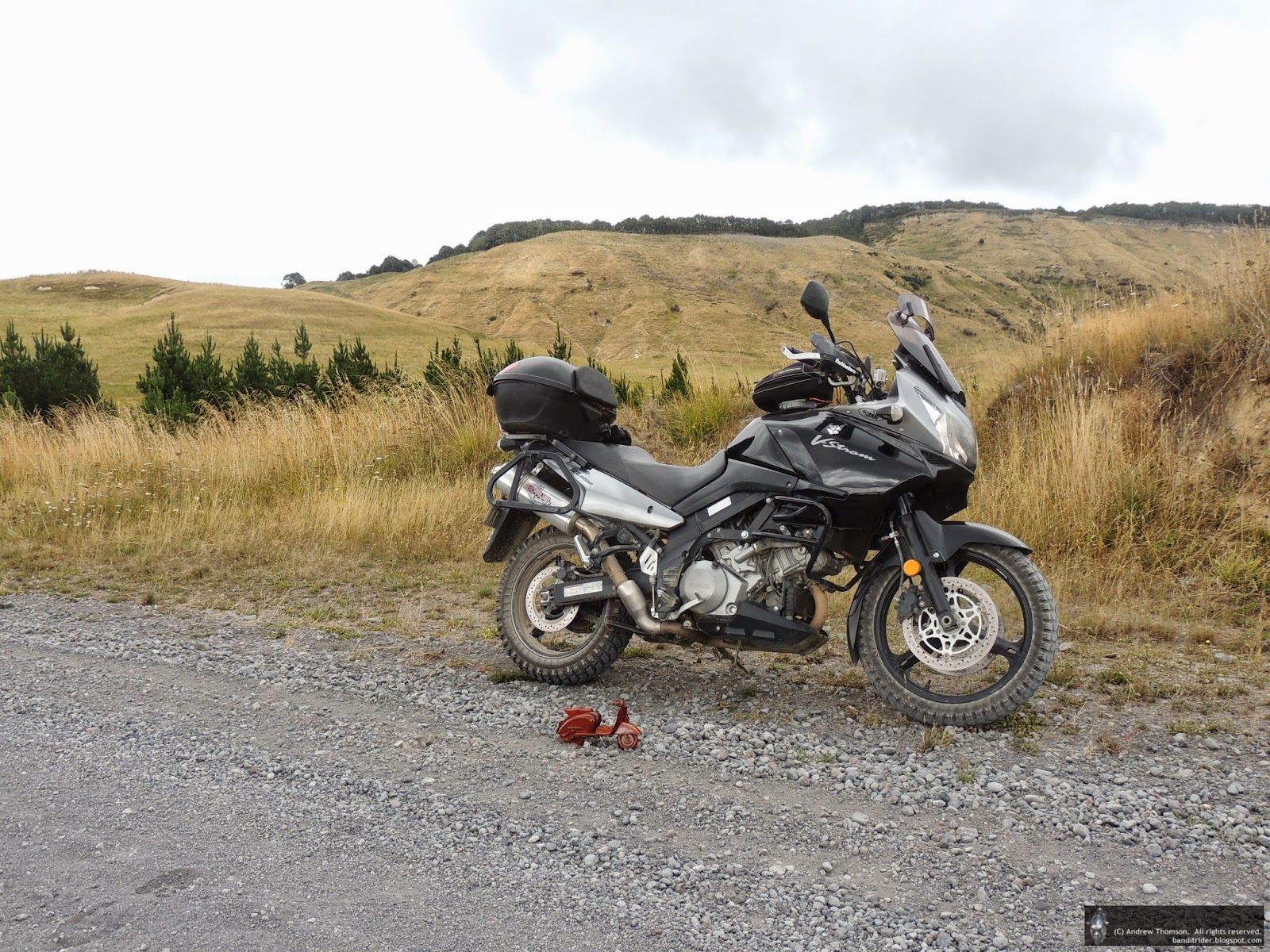 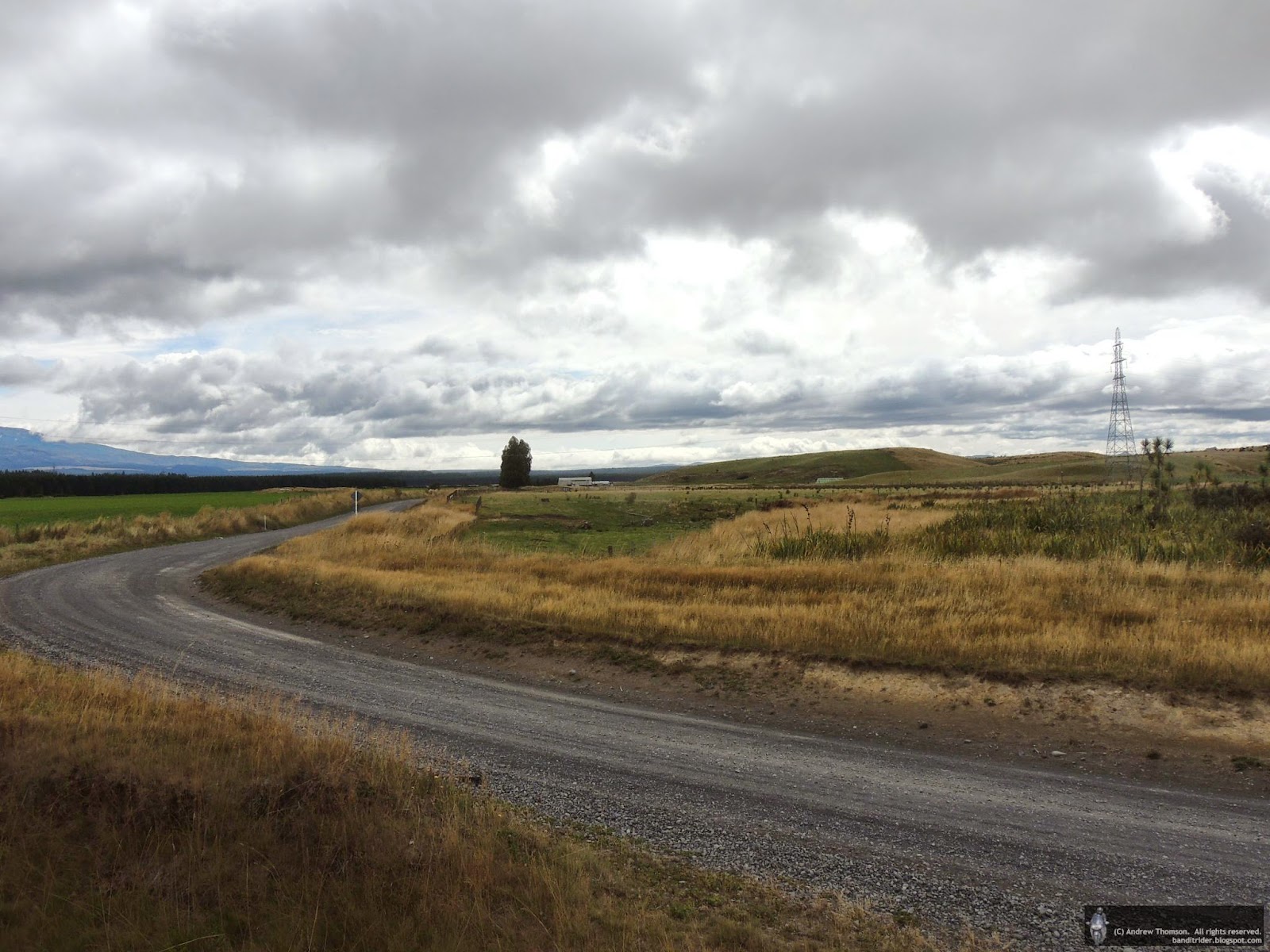 Eventually Turakina Valley Road petered out at Tangiwai and we carried on towards Ohakune where we stopped so ScooterBob could check out the big carrot. 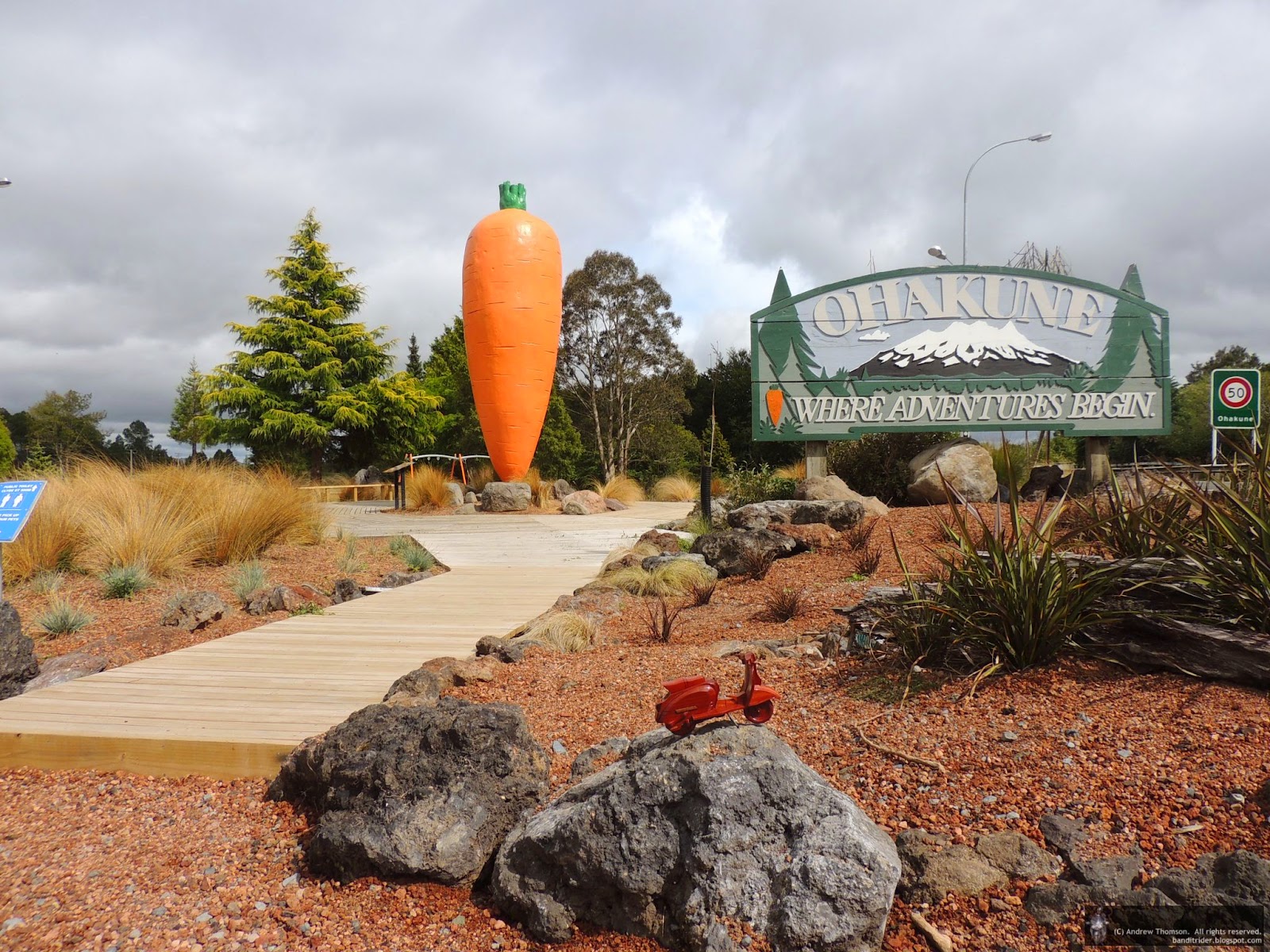 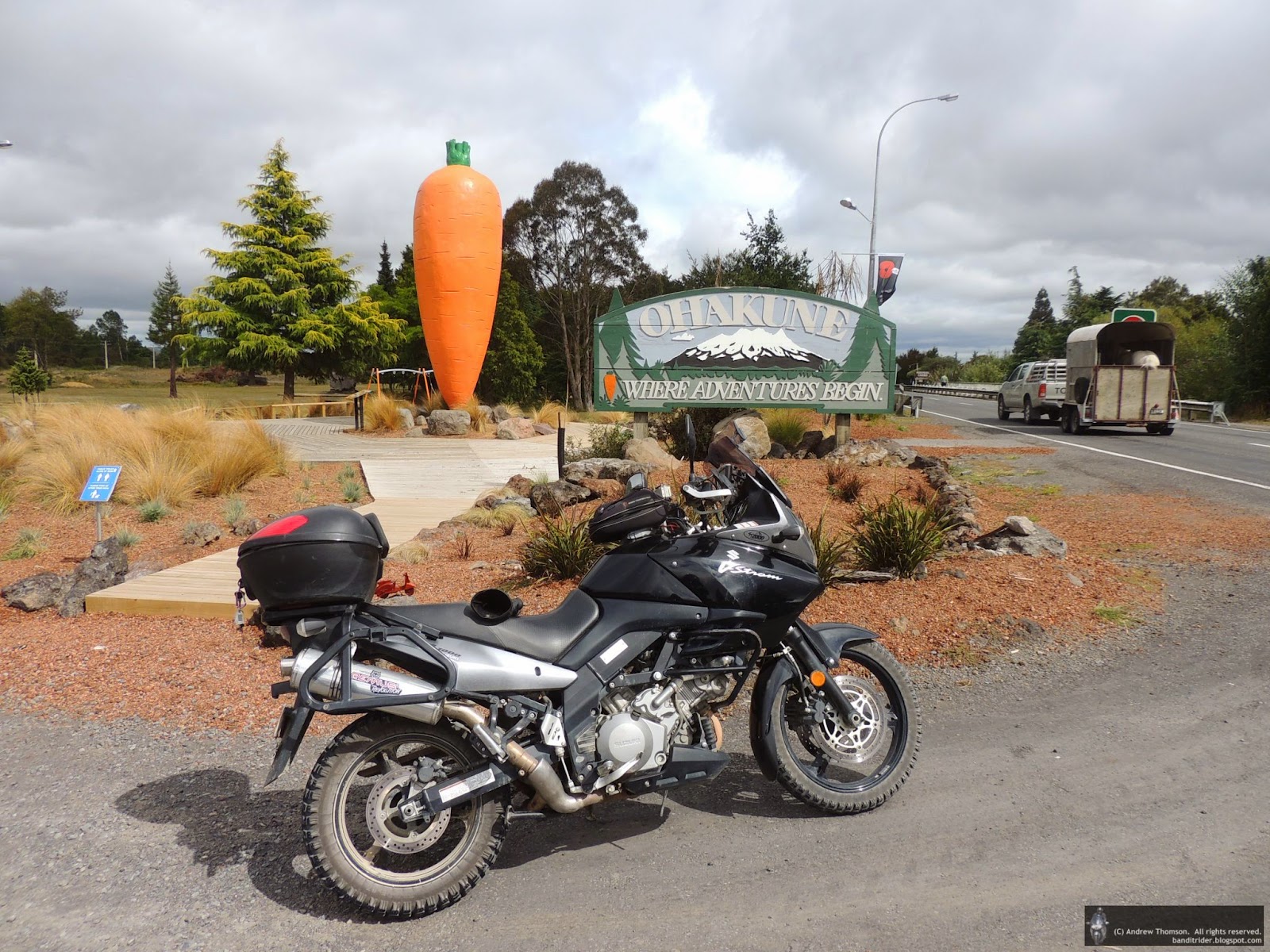 From Ohakune we rode up to National Park where we caught up with Neil for lunch and discussed the route we were going to take home.  I decided we'd have to checkout another nice valley...

Leaving National Park we cruised down to Raetihi where the Vee was refueled (just in case) for the trip back.  South of Raetihi we turned East onto Oruakukuru Road which was to take us over to our next valley. 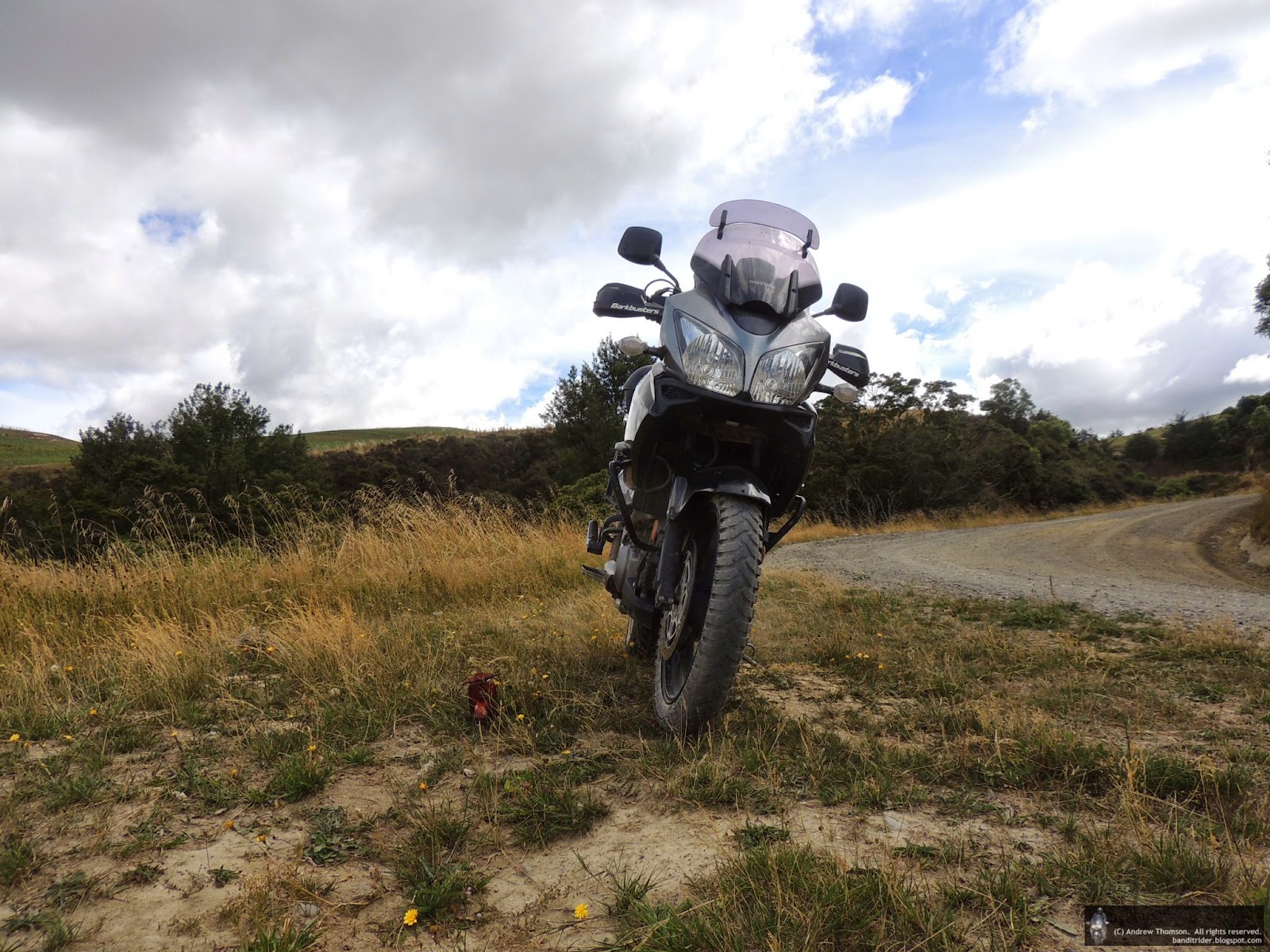 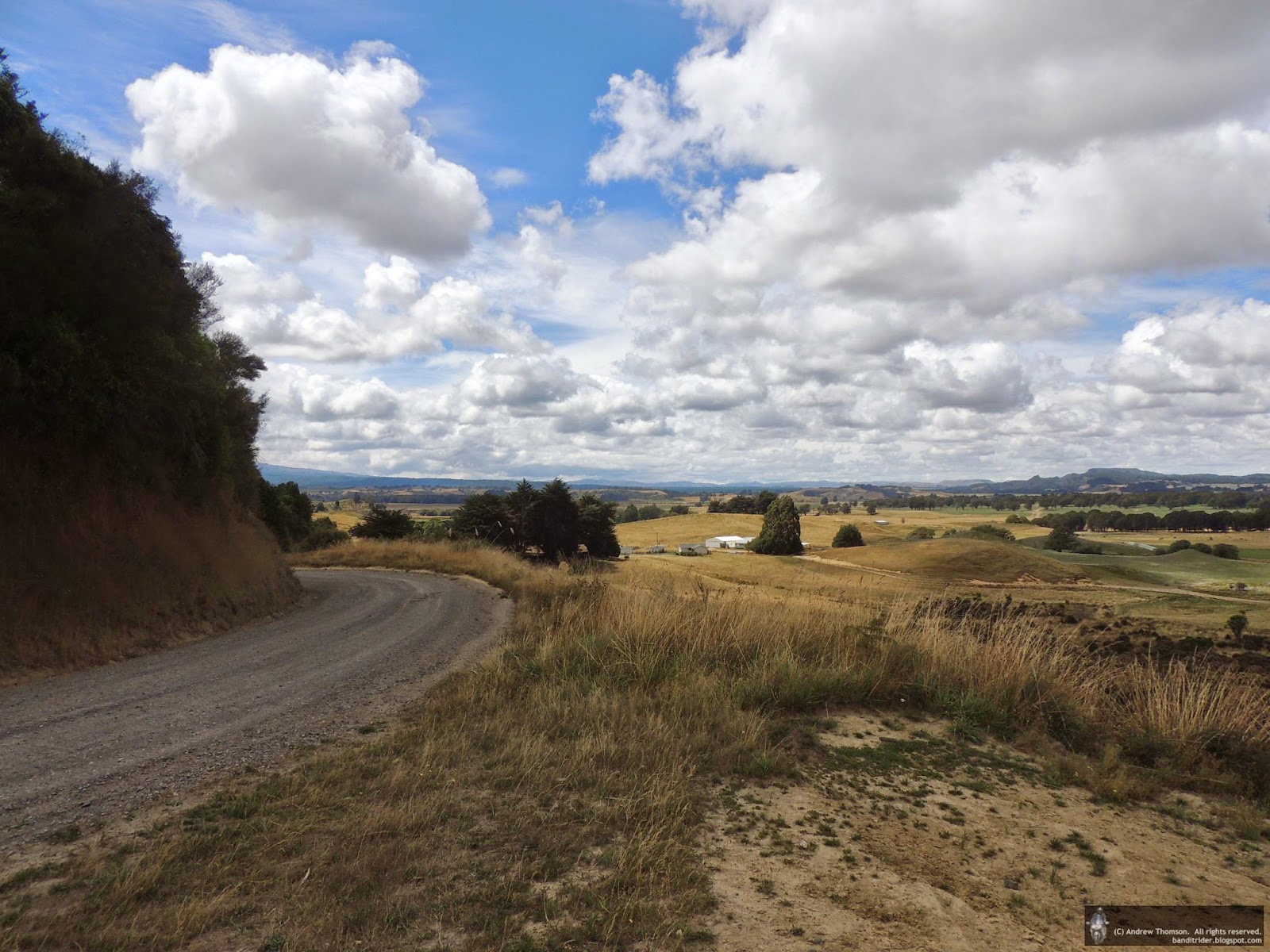 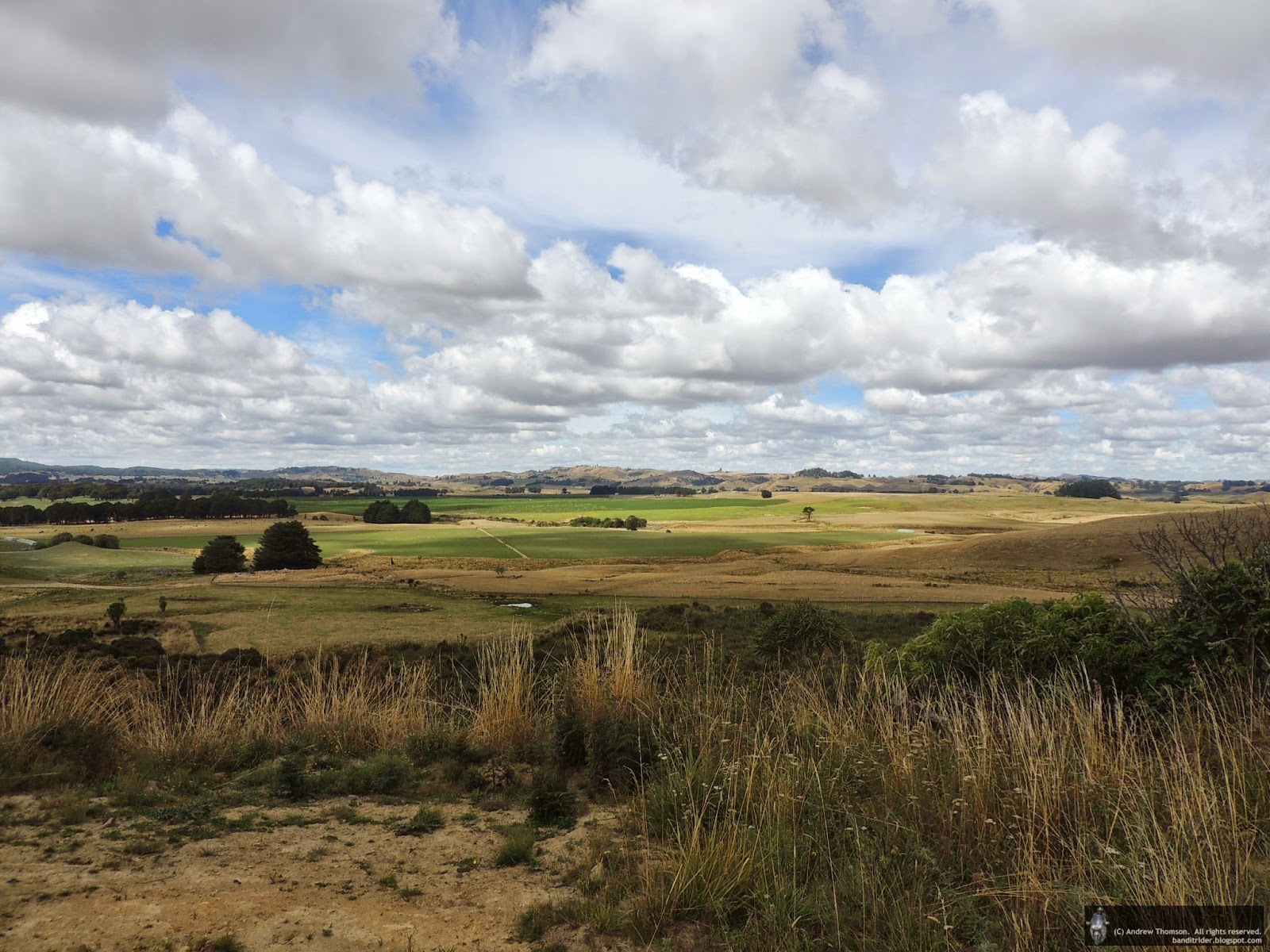 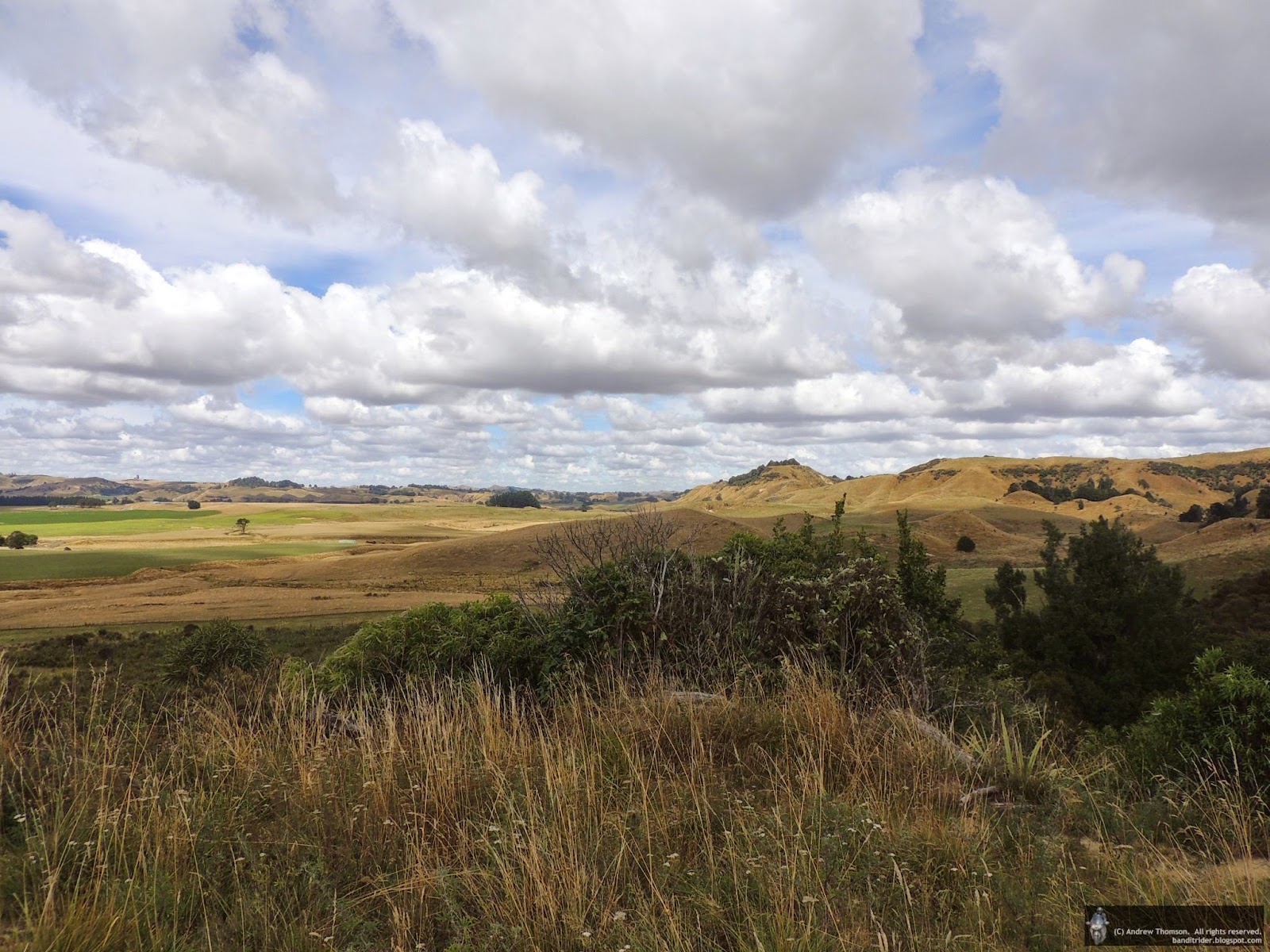 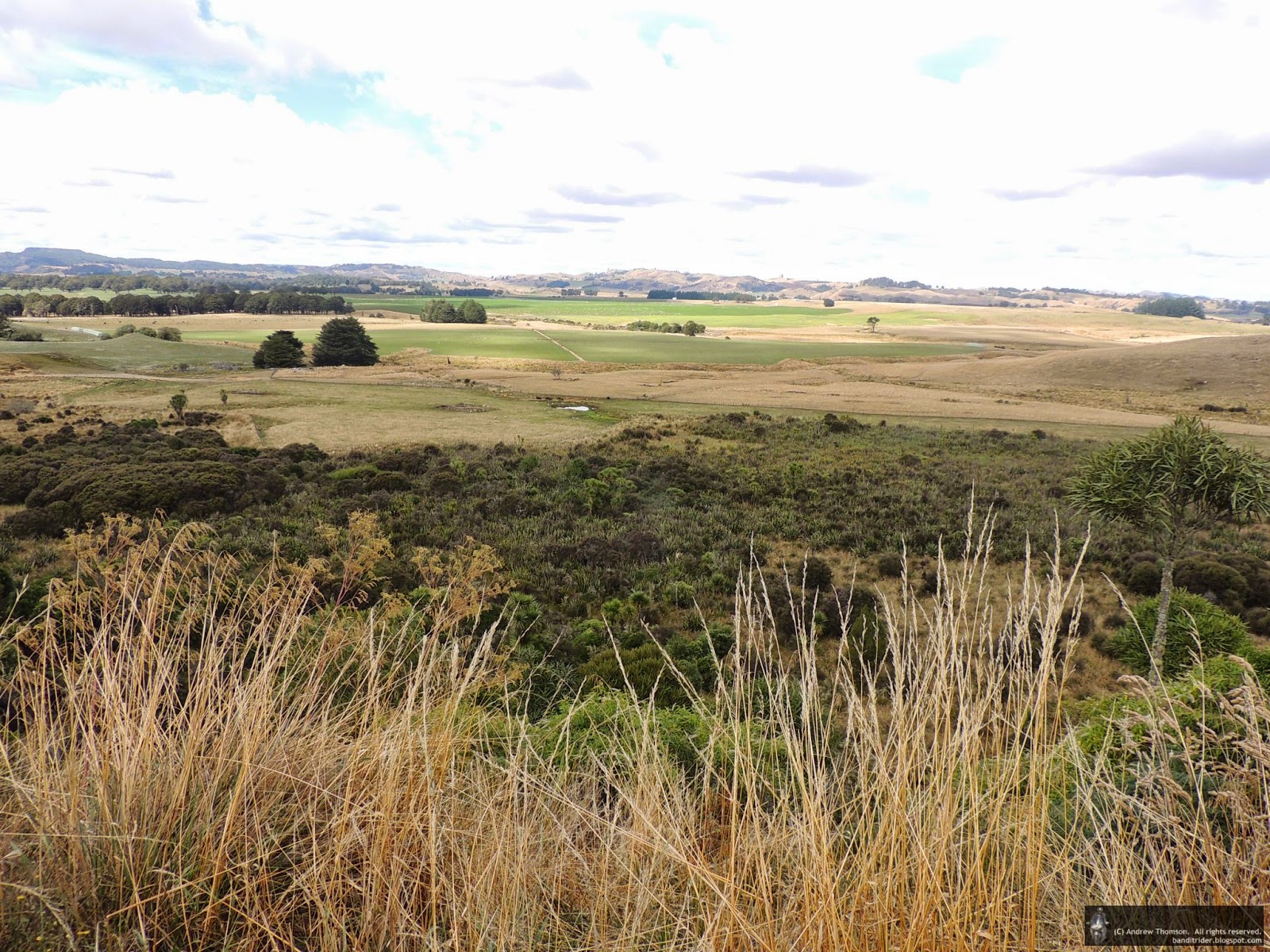 Oruakukuru Road eventually led us onto Whangaehu Valley Road and after riding the sealed section (and some road works) to Kakatahi, we turned left to continue down the Whangaehu Valley. 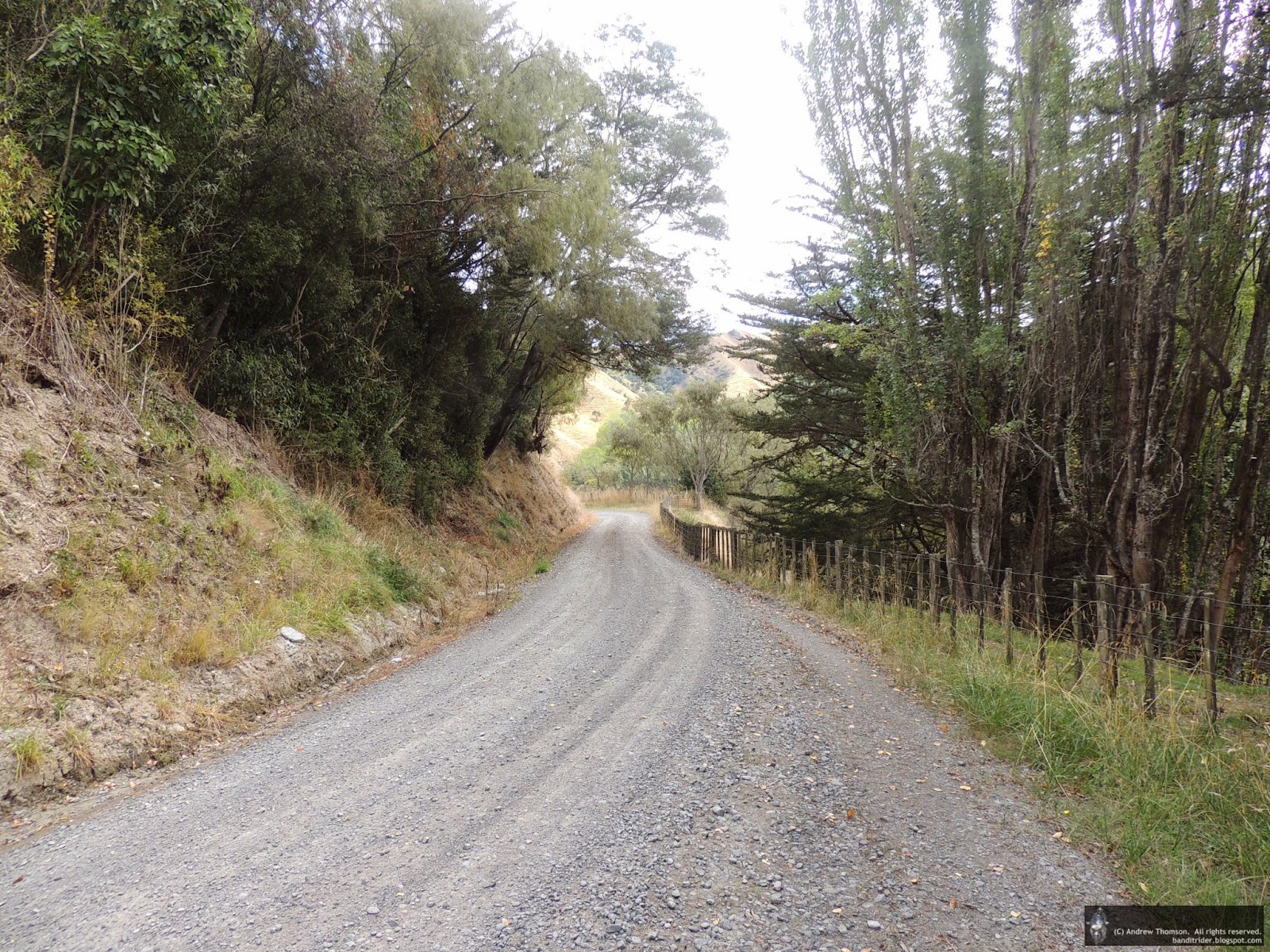 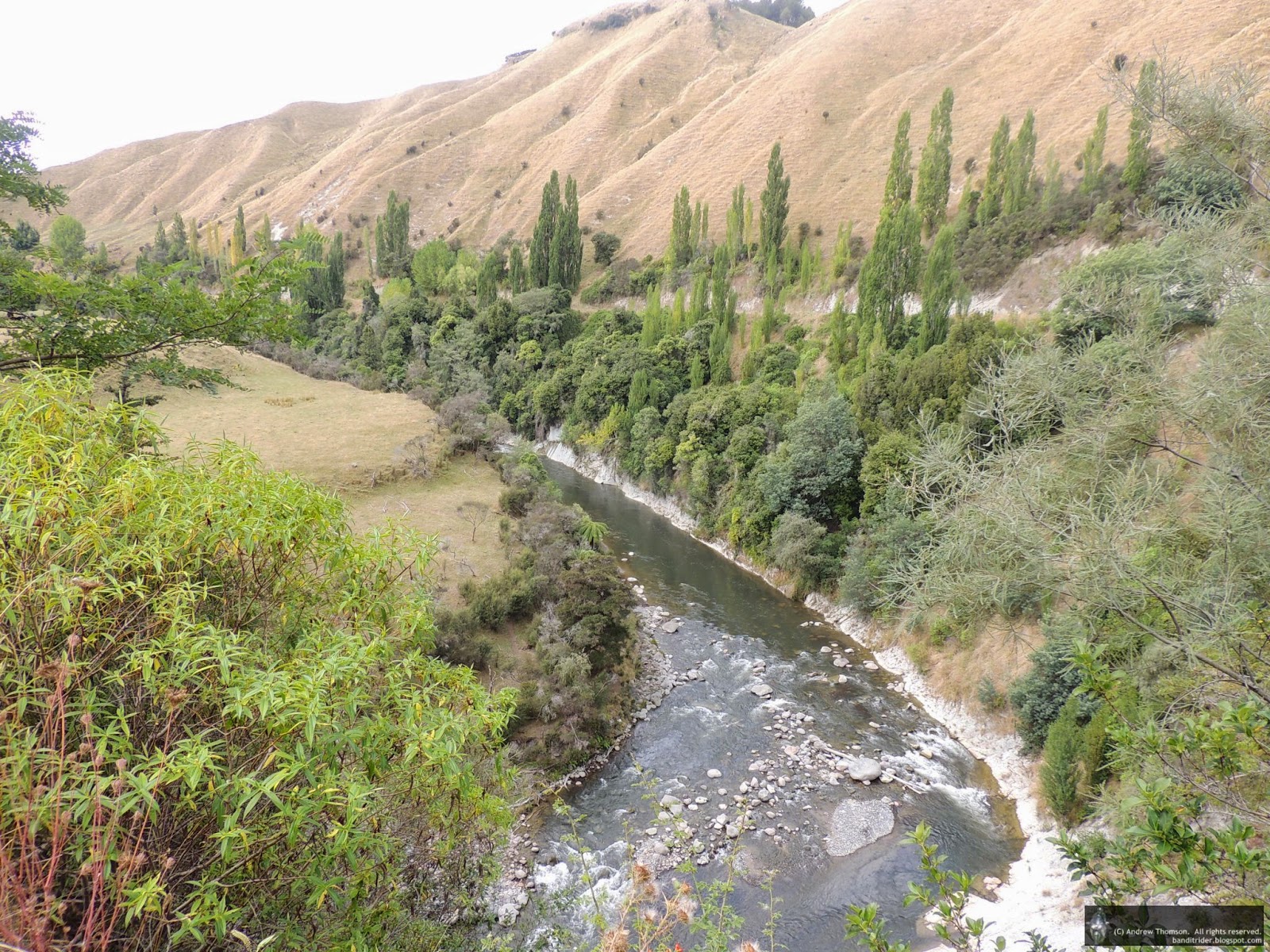 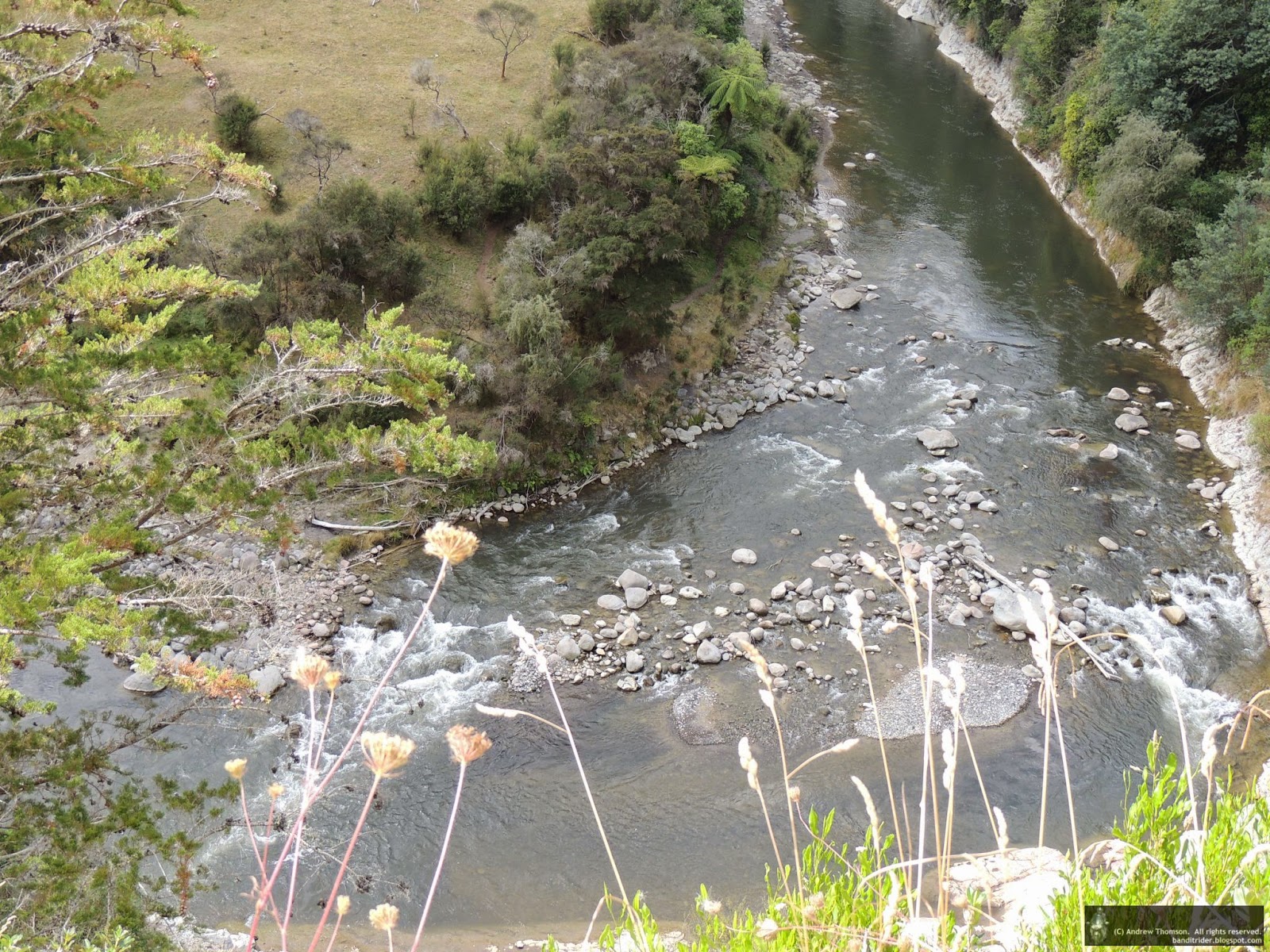 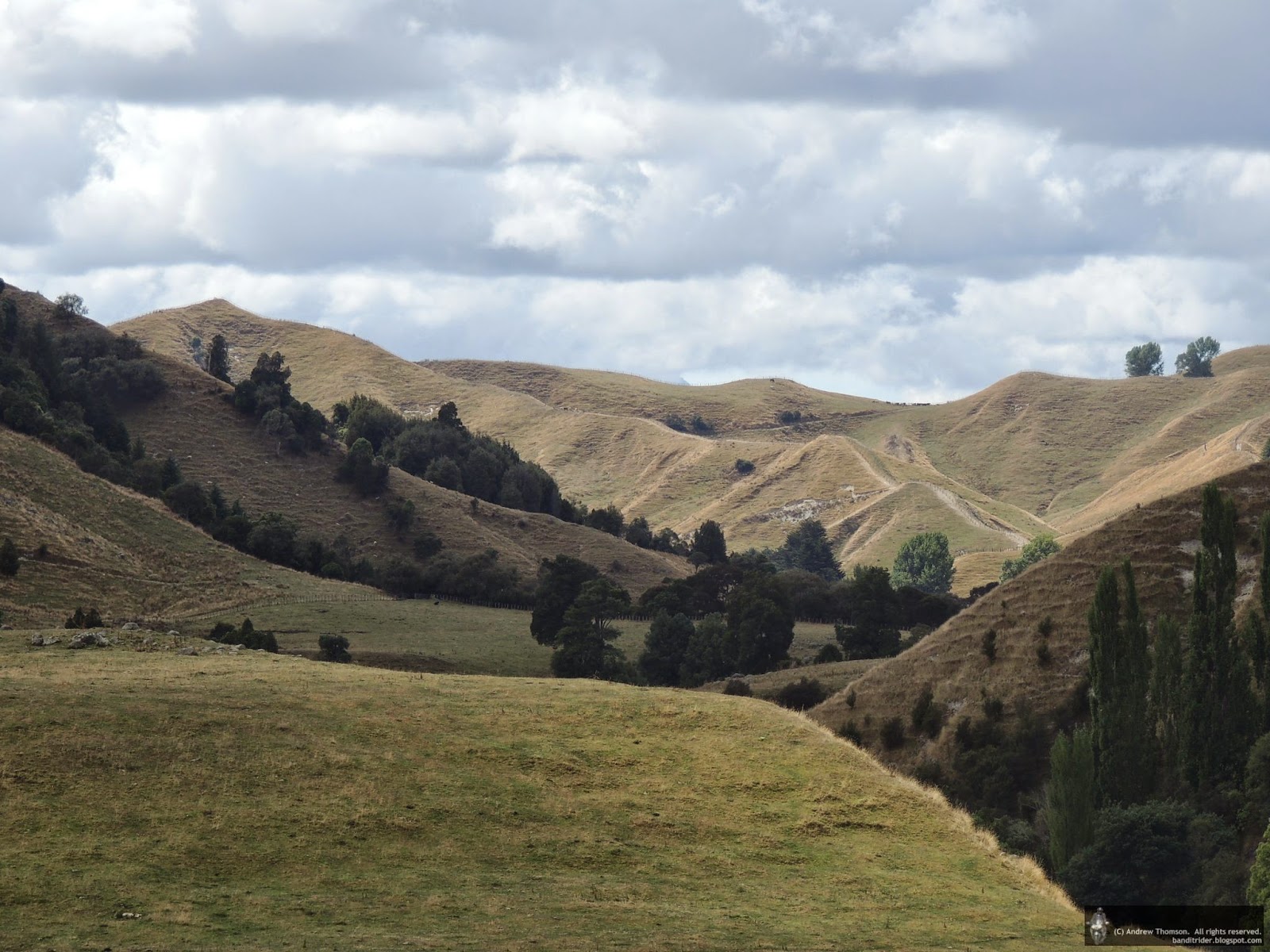 The ride down the valley was pretty special but somehow I forced myself to stop for more pictures for ScooterBob's scrapbook. 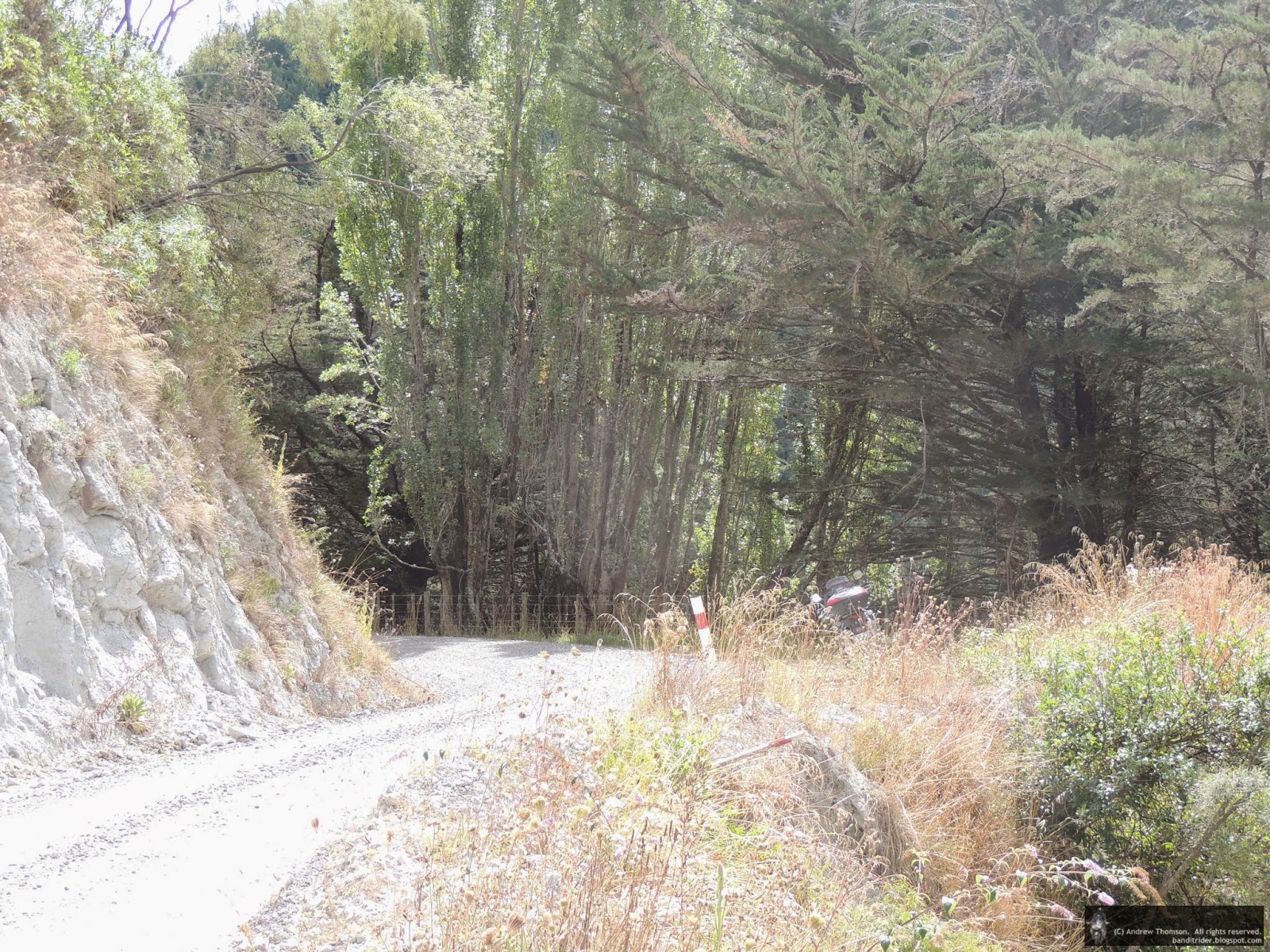 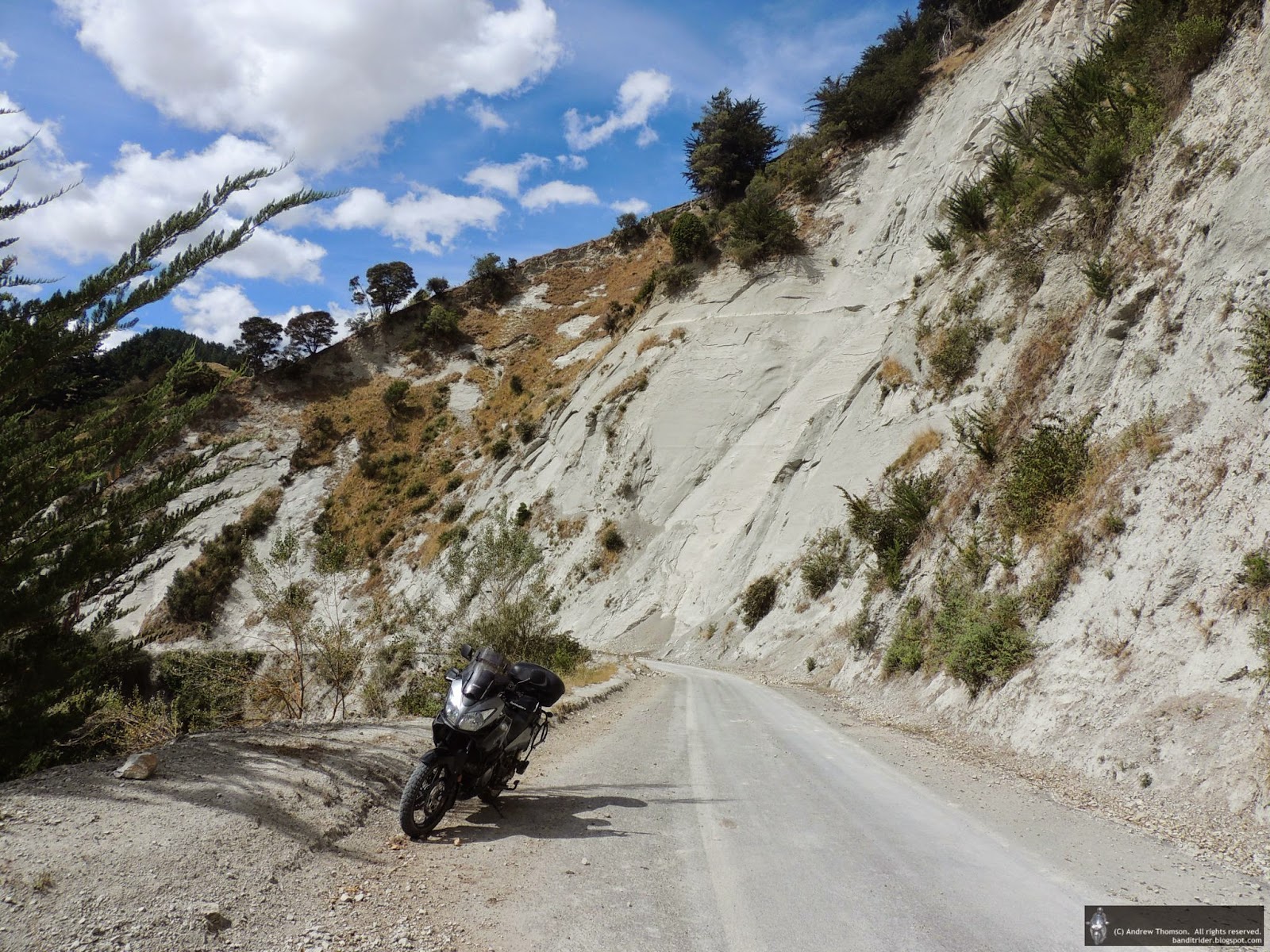 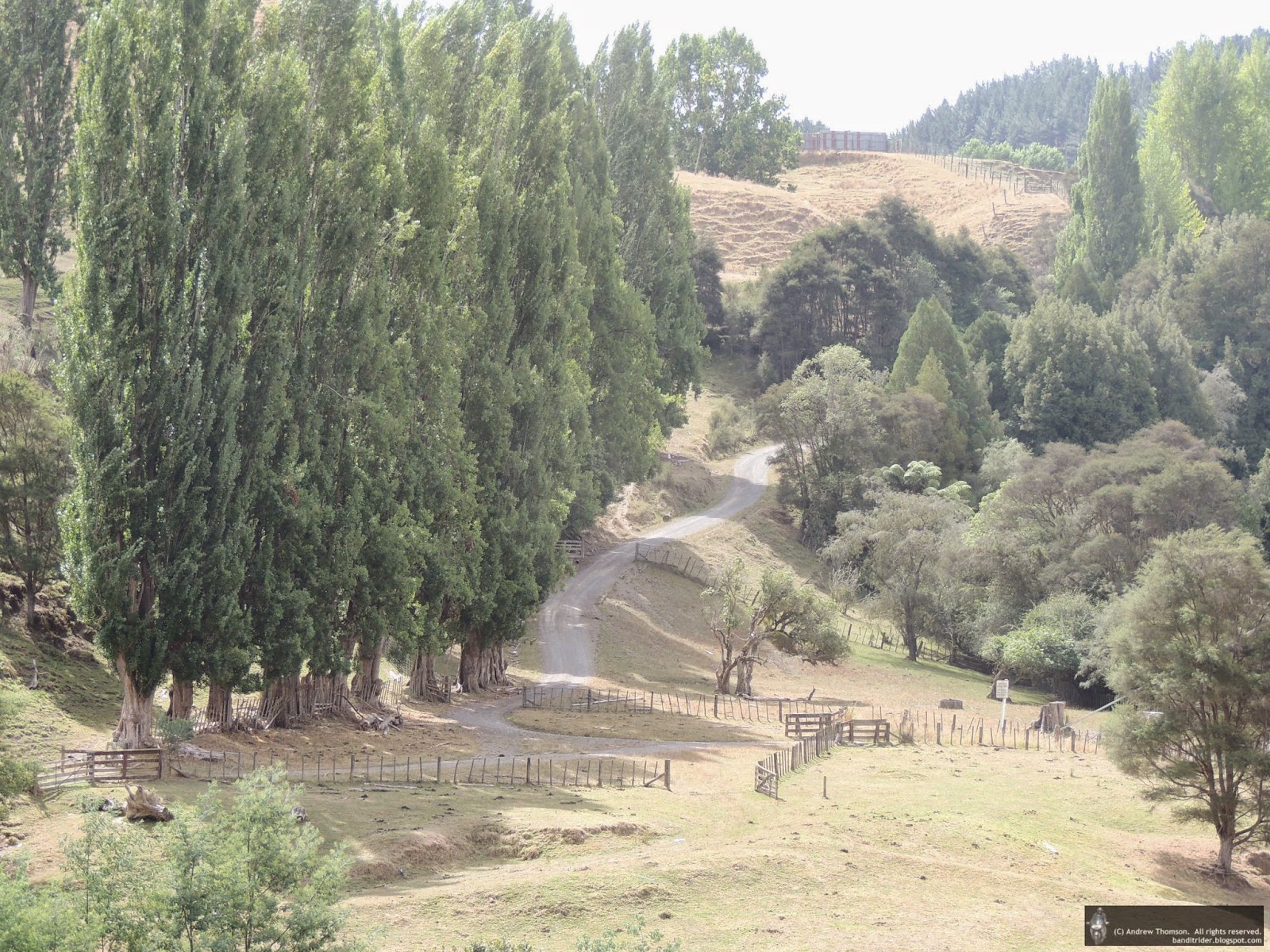 Eventually the gravel ran out and we settled in for a quiet cruise home via Fordell and then boring old SH3 all the way back to Palmy.  The Vee was parked up just after four and 400 odd fun kms showing ScooterBob some of our local gravel.  I hope he enjoyed the adventure.