Scooterbob is on the move again. We are heading down the Alaska Highway except we are doing it backwards compared to the "norm". The first stop was Birch Lake about 70 miles southwest of Fairbanks. Theoretically it's on the Richardson Highway and not the Alaska Highway. Still a little bit of ice. 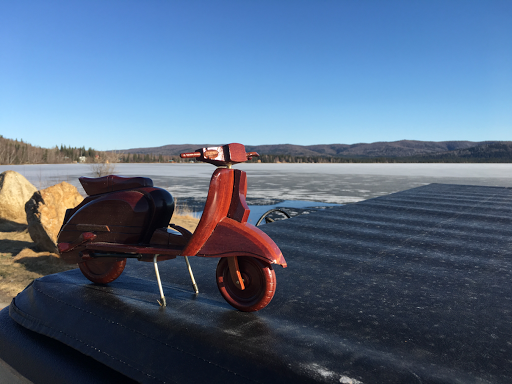 The end of the Alaska Hwy is usually a busy place. But we are still well before the normal tourist season. The visitors center was still closed for the season. 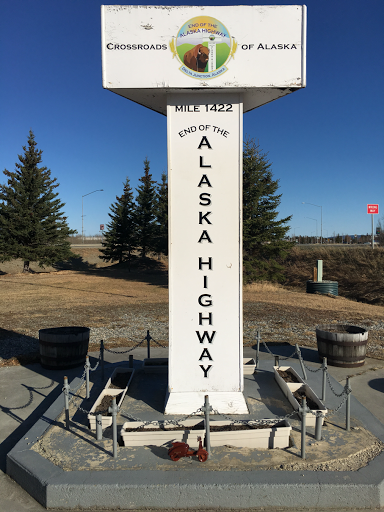 We stopped at the border to get another popular photo stop for just about anyone visiting Alaska. Again, no one else around. This will prove to be the norm for the next couple of days. Canadian customs is still 20km down the road. 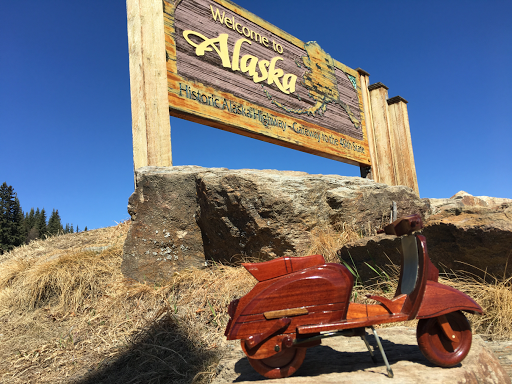 After an overnight stop in Whitehorse, YT, we got an early start. The bridge is where the Alaska Highway crosses the Yukon River. 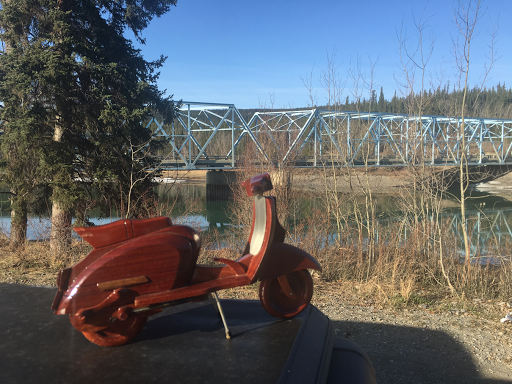 Muncho Lake was still pretty frozen. This is in the Canadian Rockies and is one of best locations to spot wildlife. Going through here we passed about two dozen caribou. Later on, a couple of rock sheep, about 30-40 buffalo and one black bear. The bear looked like it was waiting for a bicyclist. 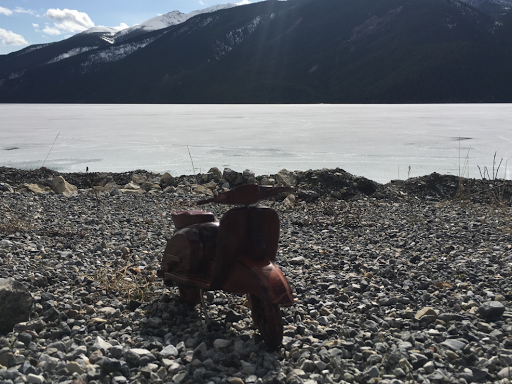