When I first got my GoProHD Hero1 I have always wanted move it around so that I could shoot on either the left or right sides, and also to the rear when I have someone riding behind me.  Most bike videos are shot looking straight ahead which becomes a bit boring after a while 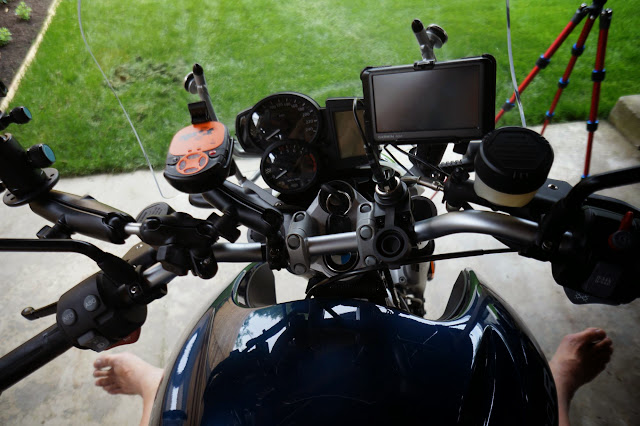 I am leaving on a trip soon and I wanted to get my mount ready and also mount my Spot2 to my handlebars using RAM mounts.  I am also powering my Garmin Nuvi GPS using a USB power cable. 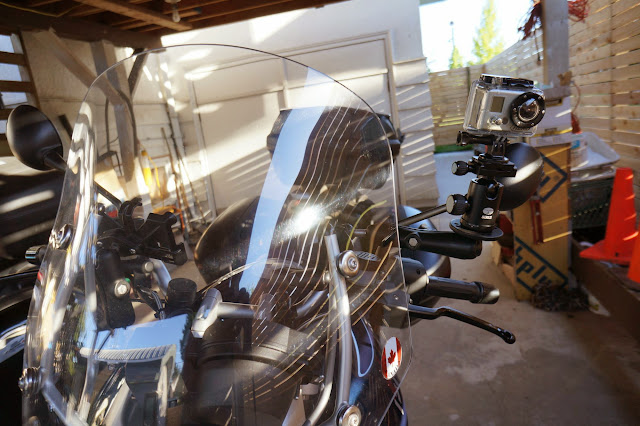 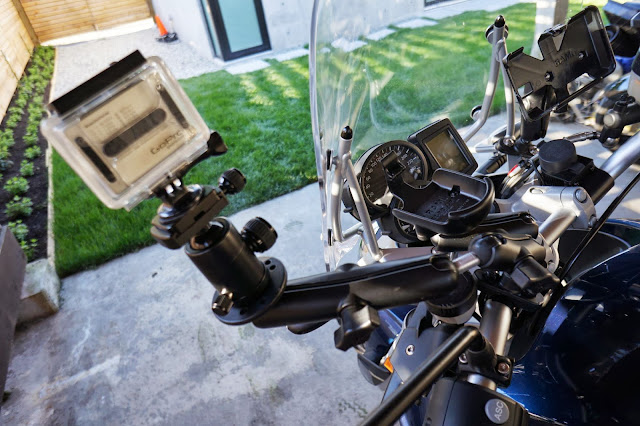 I have the large tripod mount which is attached to a tripod head.   Most ball mounts only have ONE knob so you cannot rotate it.   I went looking around for one with TWO knobs but they are very expensive or only come attached to tripods and not sold separately.   I have exhausted all the local photo shops but then I remembered that I have just such a head which I do not use because it has the stupid Arca Swiss removeable quick release.  If you own one you will know what I mean 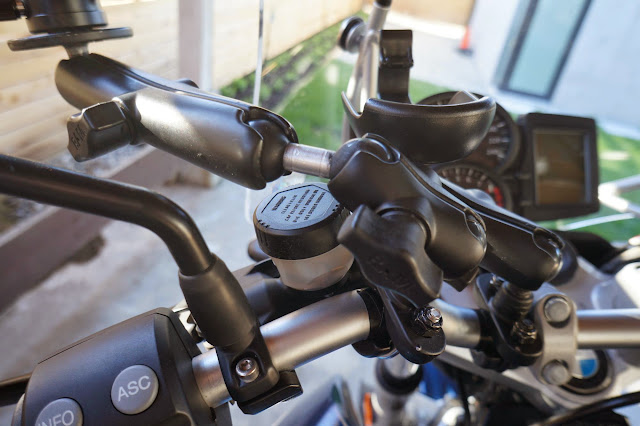 Here is my conglomeration of parts.   A U-mount to the handlebar then a short extension connected by a double 1" ball and then a normal extension.  I do not want to shoot video looking through the windshield, so this allows my Hero1 to peak out to the side, or over the top

and last week commuting home from work, I decided to take the freeway home on my BMW  R1200R

Since I am going to be using my small 11.6" Acer i3 Laptop for my trip I decided post this entry with it.  The keyboard is a little cramped as I am a touch typist but I have to get used to it as it has to be my friend for a few weeks and I want to be able to post daily as long as I have WiFi

I also edited and rendered the following video using this small laptop.  I have an old version of Premier Elements installed and I wanted to see how it handled the large files.

Here is the 2nd test video 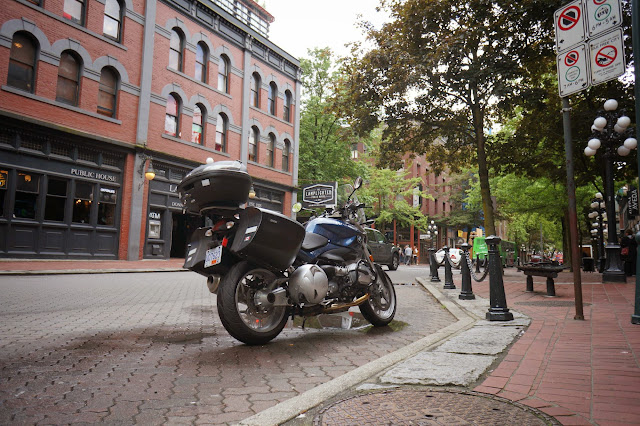 Mrs Skoot has been house bound for a couple of weeks now so on Sunday we decided to take a short drive so she could see what was outside of our 4 walls. 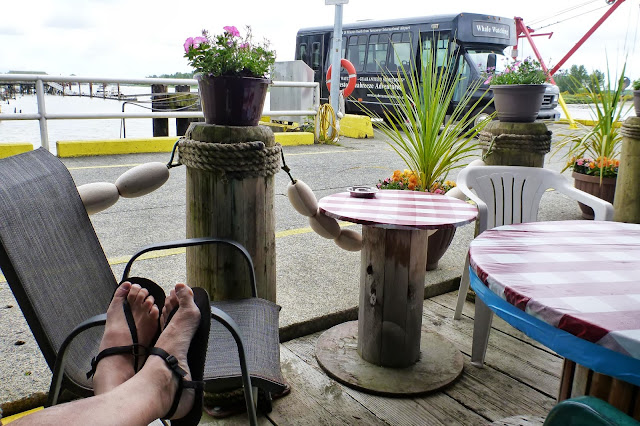 As you notice I transition into Spring mode quite easily