Since all of my photos prior to October 2012 have been deleted by the sale and subsequent shutdown of Webshots, my photo host, I decided to post a flashback, once in a while . . .


October, 2010:   We went to China and found ourselves in Hengdian,  The Hollywood of China and home to the largest film studio in the World.  The tour took us to a reconstruction of the Qin Imperial Palace.  You can read more    HERE 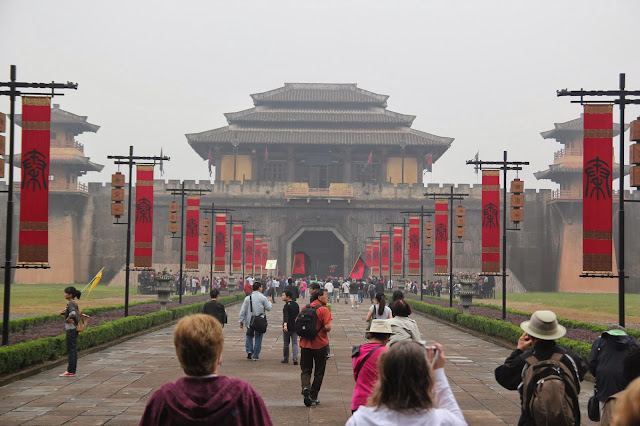 It is a huge place and felt much larger than Tiananmen Square in Beijing.  They did a very good job on the reconstruction as the Palace looks like it is 2,000 years old 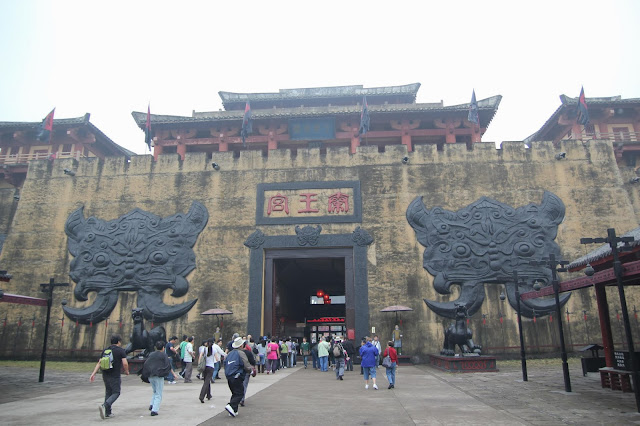 The place is massive and involves lots of walking.  There are no handicapped facilities 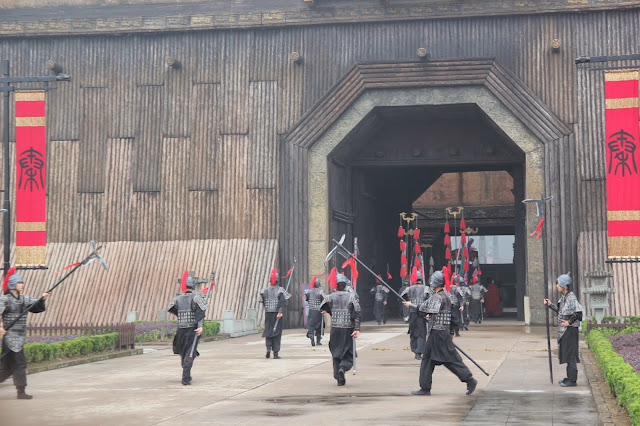 There are many gates, doorways and tunnels to walk through in order to get inside the Palace

Every morning they have an opening ceremony and display 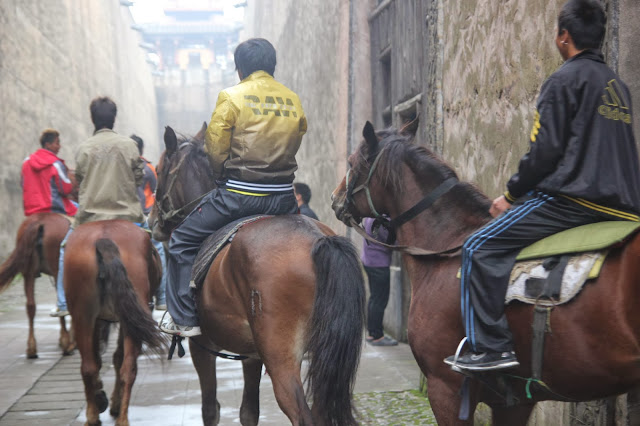 and here we are observing the festivities 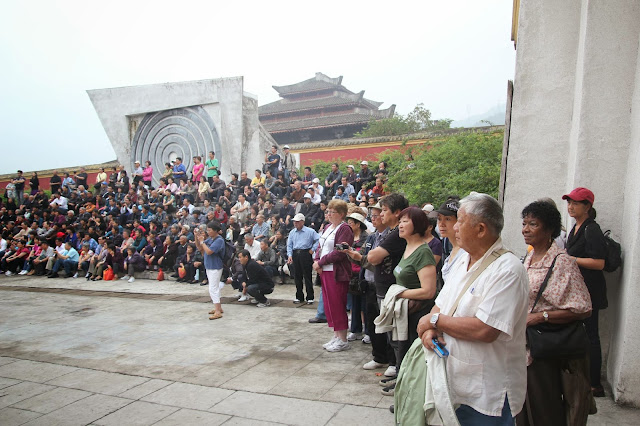 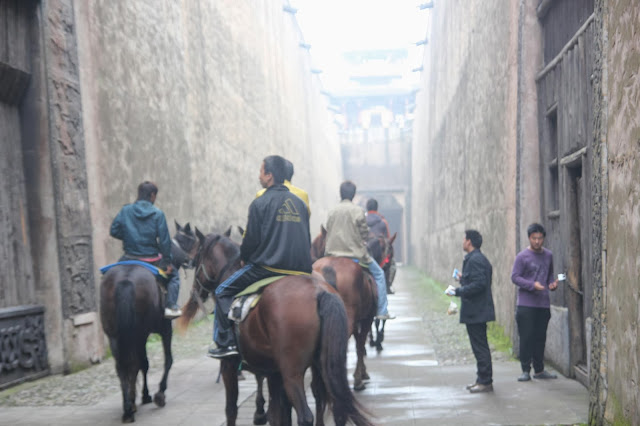 Without modern elements in this photo, I thought that it conveyed a more of a historic look 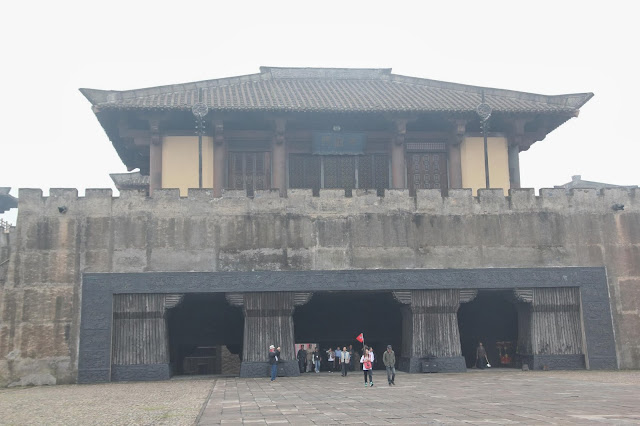 Everywhere you turn you see another building.  You can see the scale of this place by how small we look and those walls are all made from rock and cement, made to look 2 centuries old 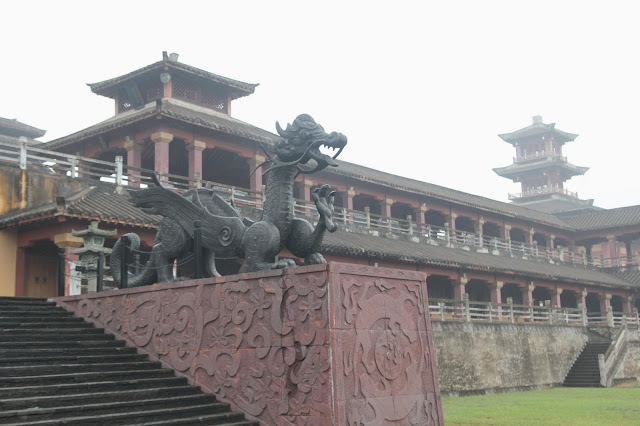 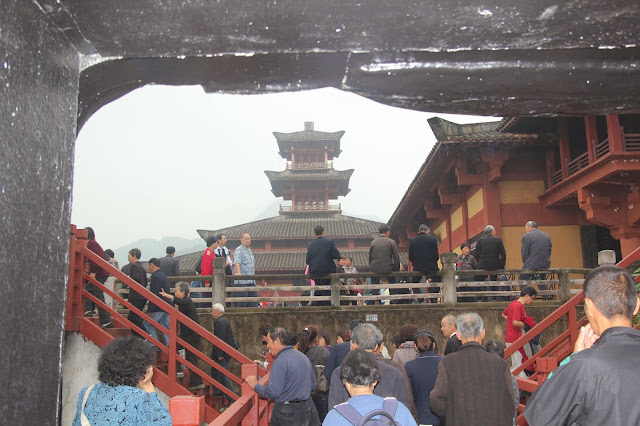 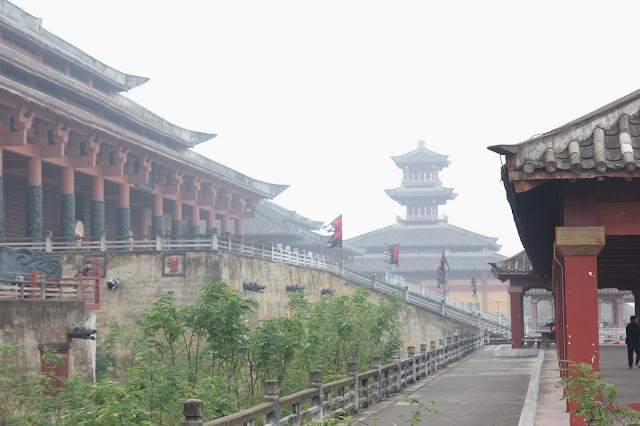 I would presume it is much busier here during the summer peak season.  Today we had room to breathe 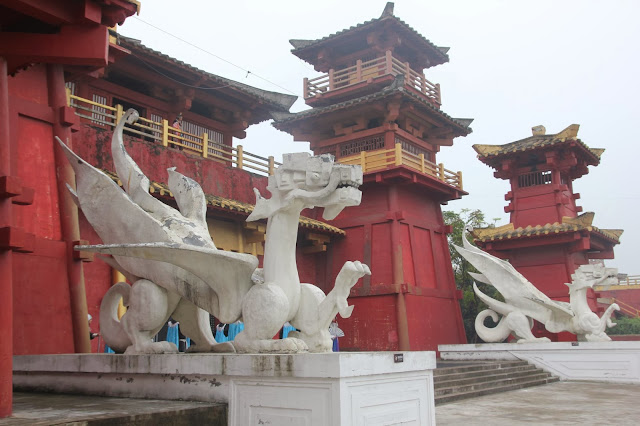 These flying dragons may have been made from marble 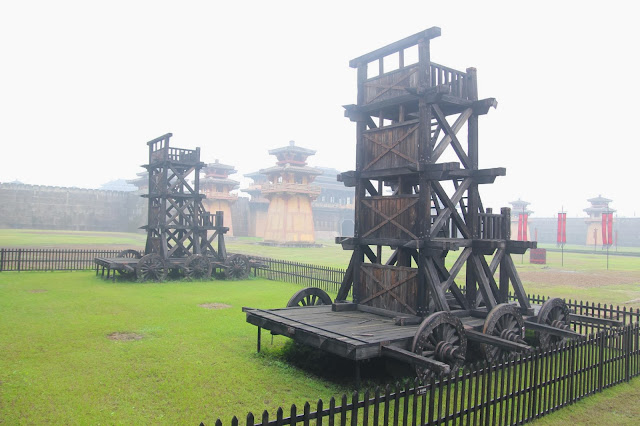 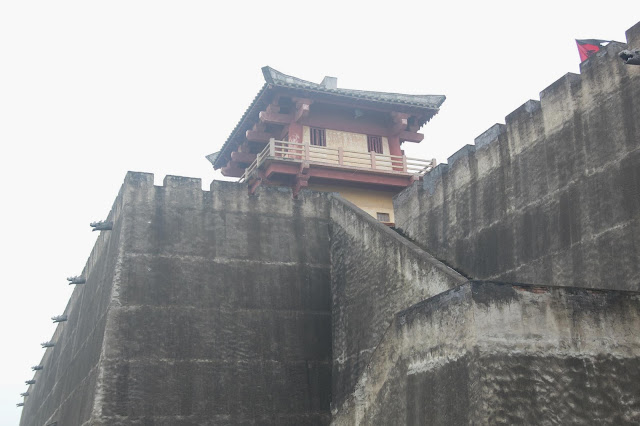 If you had the time there are a zillion stairs to climb . . .   It's been 3 years since we were there and it seems like a dream that never happened