Finally, after all these years I can't believe my eyes when I see Sharon waiting for me 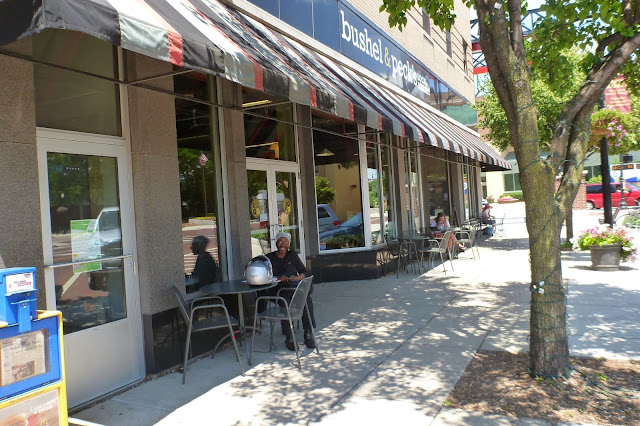 I was expecting to see long flowing hair reaching to the ground, but she cut it all off 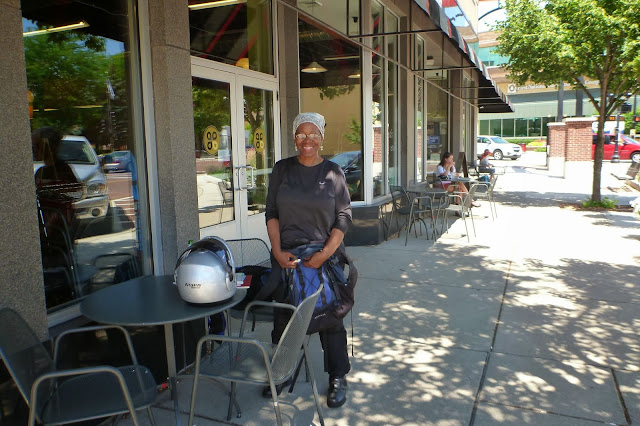 She recognized me right away.   I wasn't sure how long it would take me to ride down from Holmen.  I allowed 4 hours but she told me not to rush and would be content to just read a book while waiting for me

I don't know where the time went.  We chatted about this and that just like old friends who hadn't seen each other for a while.  It was great that I finally got to meet her and I'm glad she had the time 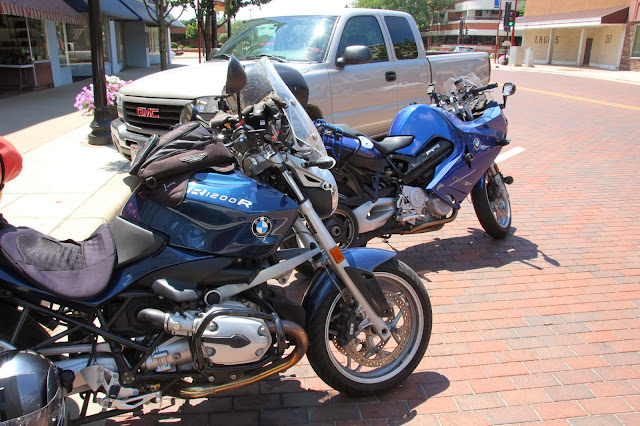 She was one of the original moto bloggers and I had followed her for a long time.  Somehow I just knew that one day we could meet.

For the past few years she hasn't posted much on her blog (here)  but she is an avid photographer and she moved over to Flickr (here2)  but then she had some challenges and seemed to disappear but in spite of her absence we have kept in touch and I was looking forward to this day.   She wasn't able to ride for a year or so but now things are progressing and she is nearly back to full health. 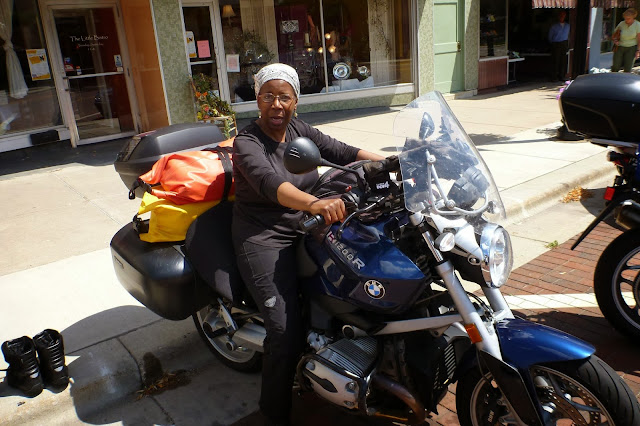 Hopefully soon she will have more time to start blogging again.    She is trying my bike for size as she was thinking of getting a new bike and I told her that my bike was smaller than it looked 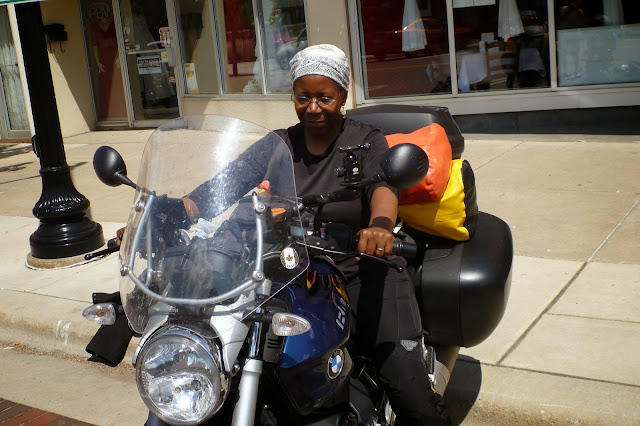 I think she likes it.   I don't know where the time went but before we knew it it had turned into a 4 hour lunch and I still had many miles to go before I could stop for the night 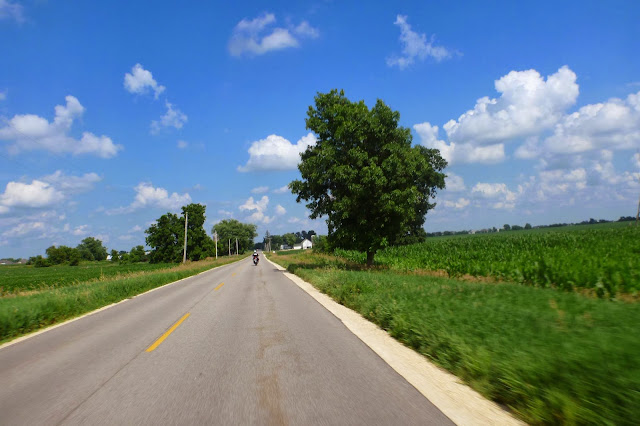 I tried to record more video but as mentioned before I was having problems due to my ineptitude.  I installed the latest software update for my Hero2 GoPro but I didn't delete the file from the root directory on my SD card and it was creating problems.   Too bad as she took me along some nice backroads

Our time together was coming to an end.  We stopped at a gas station to fuel up and say our goodbyes 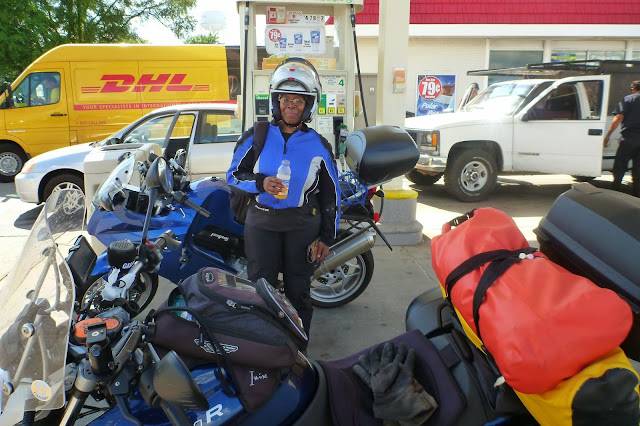 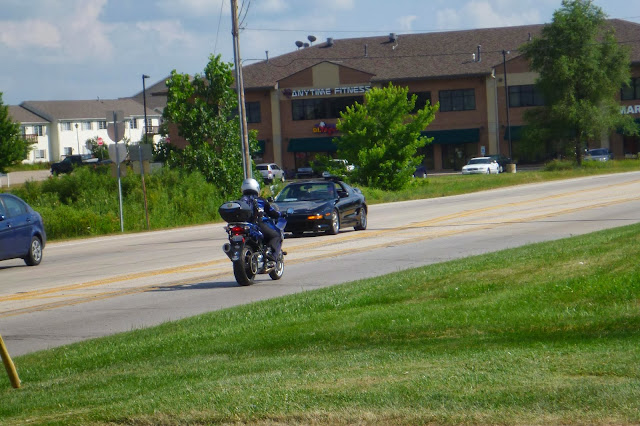 Thank you to Sharon for making time to see me.   I really appreciate it and it had been something that I had been thinking about for some time . . .  a dream come true 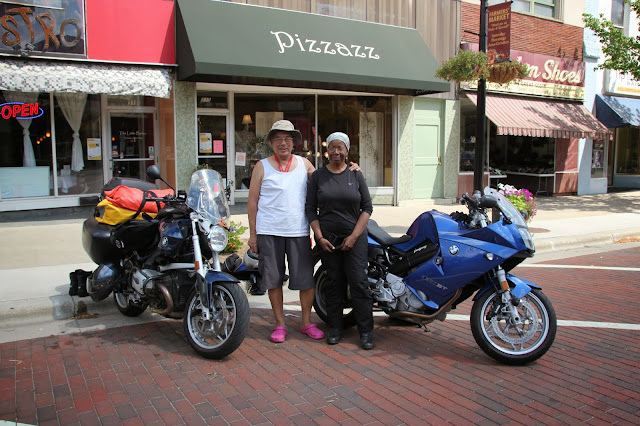