Vancouver is surrounded by Mountains and except for the Lower Mainland area of BC (and Southern Vancouver Island), during the winter months, namely from October 1st to April 30th every year there is a requirement on "most" of our highways to have Winter Tires installed  OR  carry chains

Notice the Purple lines where winter tires are required.  On the news lately they have been discussing winter tires vs all season tires which most of the drivers use out here as we get very little snow as compared to other areas of our Country.  Here is an except from our Motor Vehicle Act 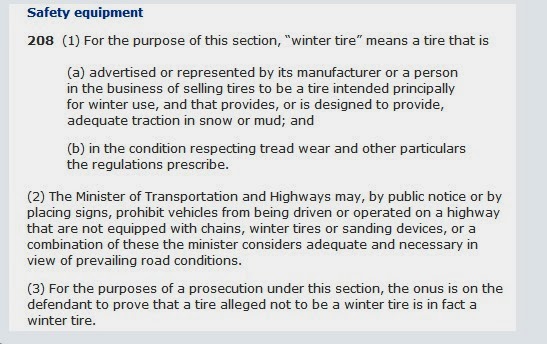 Now there has been an ongoing argument with the Province of BC, the various jurisdictions and the Motor Vehicle Department as to what tires are considered to be Winter Tires.   Our Motor Vehicle Department is under the wing of ICBC: The Insurance Corporation of BC and they say that as long as your tires are marked  "M & S"   for Mud and Snow then they are  considered to be Winter Tires.

The RCMP say that is not good enough and Winter tires must be stamped with the icicle mark, like this 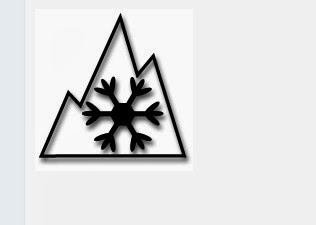 BC is not motorcycle friendly and I noticed this thread on our local Sportbike forum where a group of riders were riding during the first week of October in bright 20°c sunshine and were stopped by the RCMP for not having snow tires installed on their motorcycles with tires marked with the icicle symbol.  They are not using discretion as to the conditions and are merely just looking at the calendar and upholding the letter of the Law.   Read more   HERE2

If you look at that first map again you will notice that DAR is stranded in Victoria as Hwy 1 is marked purple because as you ride north from Victoria you have to go over the Malahat Mountain.

I am confined to the Fraser Valley and cannot go farther East than Hope, BC because as you get close to Hope you have to go through Sumas Prairie, one of our worst snow areas where they have large accumulations of blowing snow and drifts.

I got to thinking that they don't really make snow tires marked with that icicle symbol so that means you wouldn't be able to ride a Hack either.   I also got to thinking that many times Spring weather comes early, much earlier than April 30th and many bikers dust off their bikes and ride up the Sea to Sky highway to Squamish when the weather turns, but with this crackdown you won't be able to ride up there until after May 1st.   All because of an arbitrary date without discretion to deviate because Winter is over.