Scooter Bob, Snoopy and I rode to Amelia Island today.  I had a meeting with clients at their house that I designed.  It is under construction on the ocean on the island.

Riding up there is one of my favorite rides in the area, as it goes along the north side of the St. Johns river to Fort George Island where it turns into A1A heading north through Little and Big Talbot Islands before reaching the south tip of Amelia Island.  The Talbots are largely left natural while Amelia is constantly being developed, but not terribly.  The town on Amelia Island is Fernandian Beach, an old, historic town that draws people for events like the annual Shrimp Festival.  Most of the core of the town is restored buildings that make up stores, bars, restaurants, bed and breakfasts and a hotel.  There is also a beautiful city hall and post office along Centre Street. 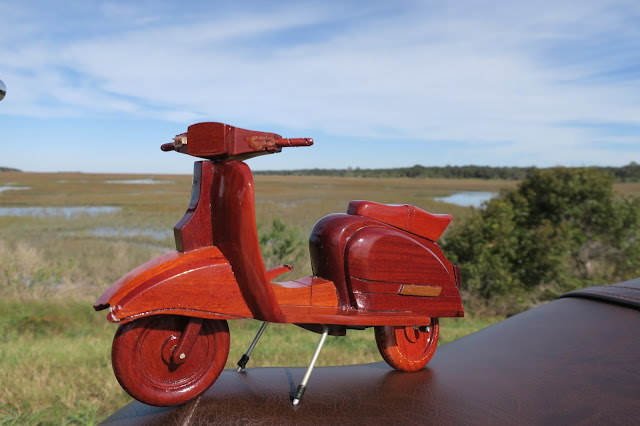 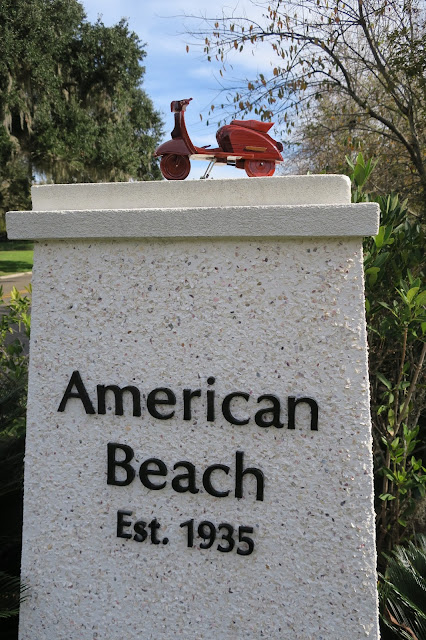 At the entry to American Beach.  This beach is notable because until the late 1960's, this was the only beach in North Florida open to black people. One of the unpleasant parts of living in the area is the segregation and racism that took place for so long. 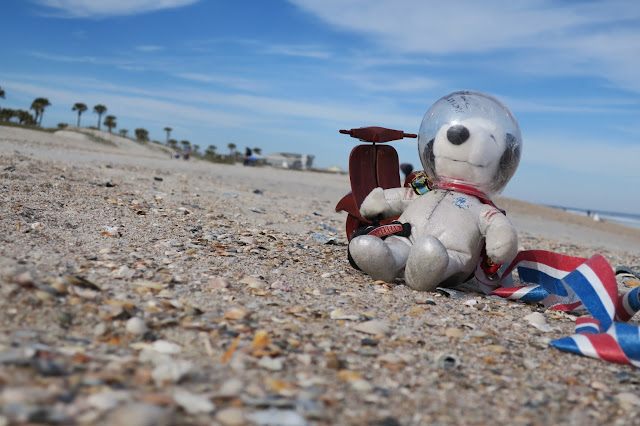 ScooterBob and Snoopy enjoying the beach. 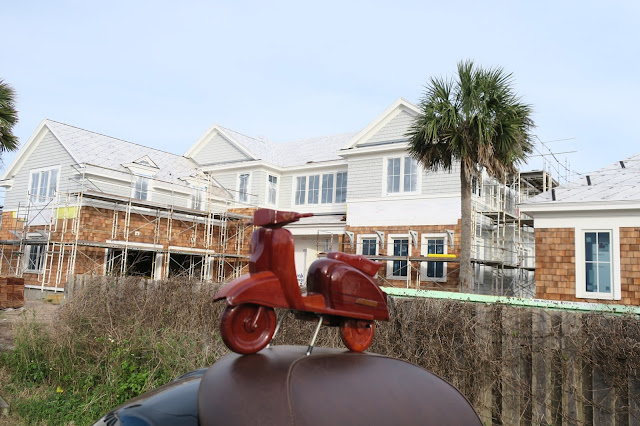 ScotterBob at the project house. 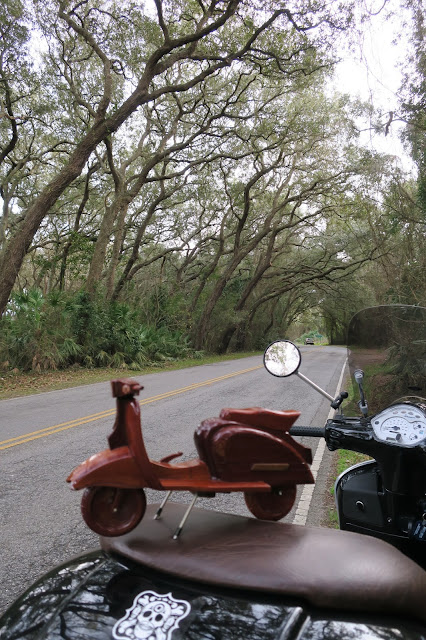 And on a canopy road near the Ritz Carlton Amelia Island.

Posted by Bill Leuthold at 3:36 PM