The Seven Bridges of Jacksonville

The Seven Bridges Scooter Club of Jacksonville, in preparation of our annual Seven Bridges Ride, had a test ride today.  The theme of the ride is to cross all seven bridges in Jacksonville that traverse the St. Johns River.  To make it more of a ride, this year we are including the Shands Bridge near Green Cove Springs, making the entire route approximately 85 miles,

It was cold (for North Florida) and misty for the entire ride.  Better weather coming soon.

I had ScooterBob, so he came along for the ride. 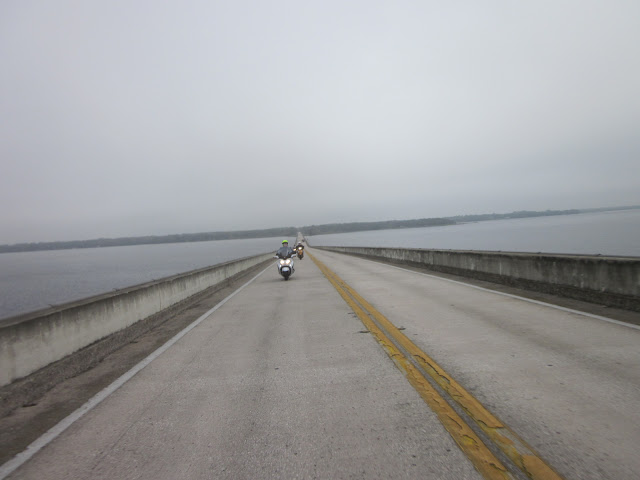 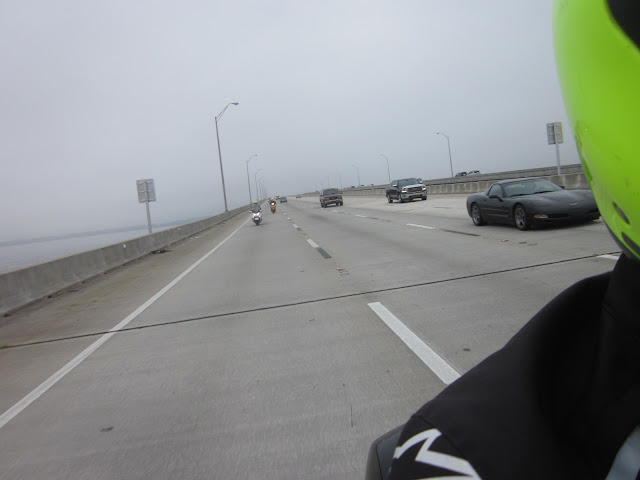 Buckman Bridge, I-295 in Jacksonville.  THe bridge is 3 miles long. 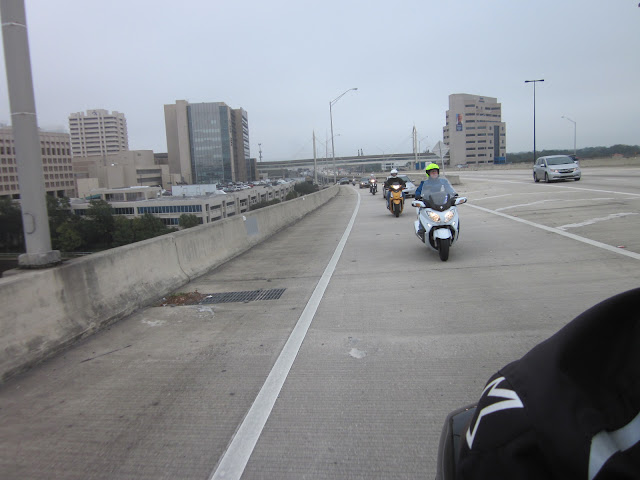 Climbing the Fuller Warren Bridge, I-95 near downtown 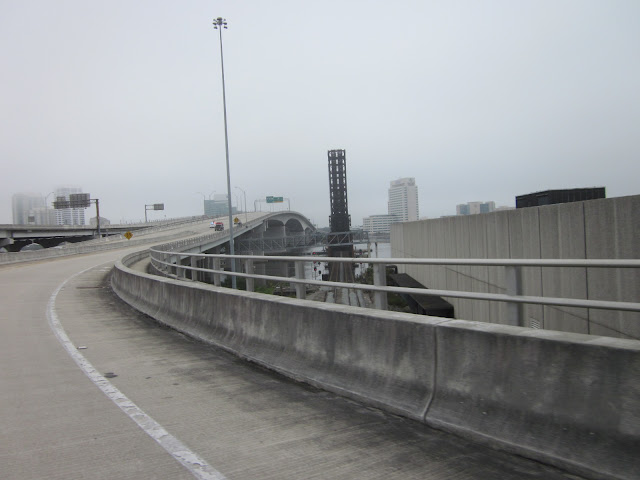 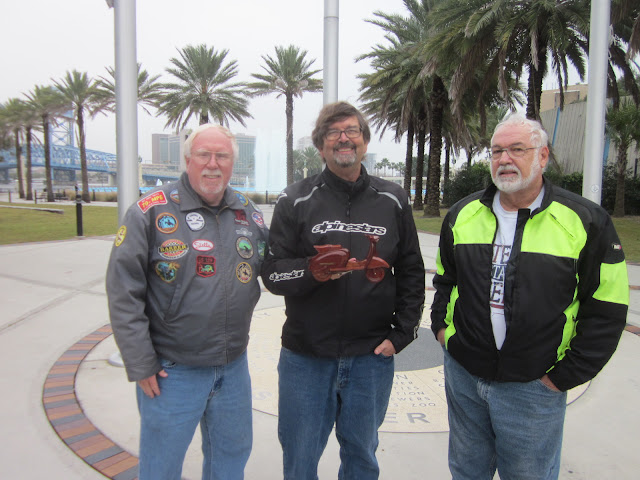 A stop at Friendship Fountain on the south bank downtown.  Russ, me and Karl 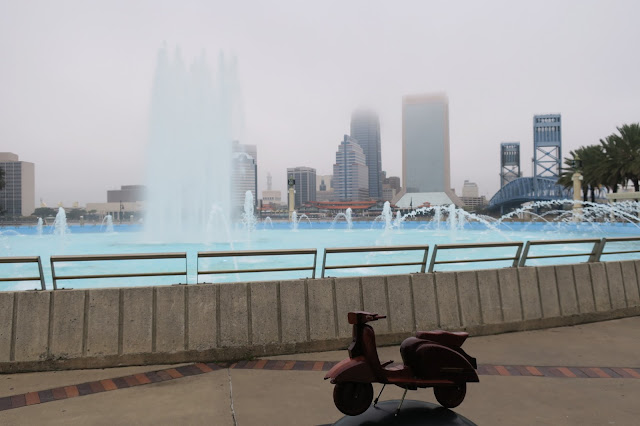 ScooterBob at the fountain with downtown across the river. 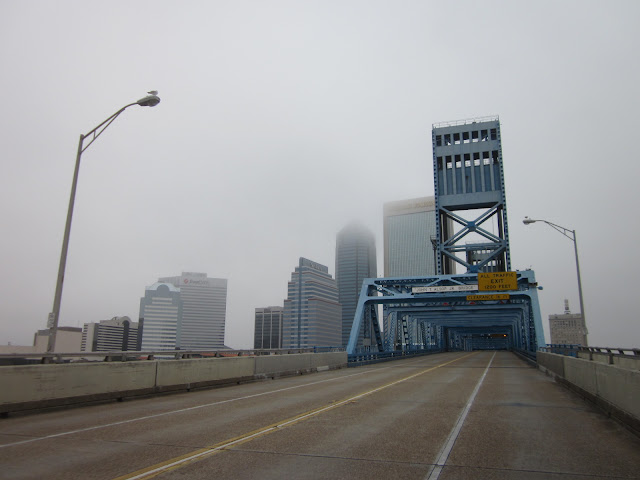 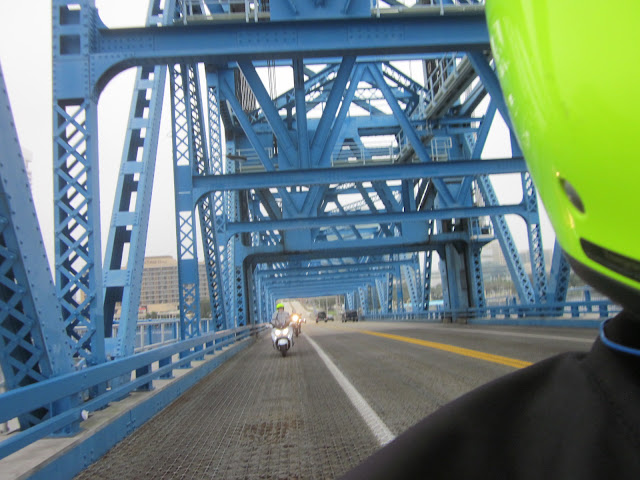 It lifts, so steel grating. 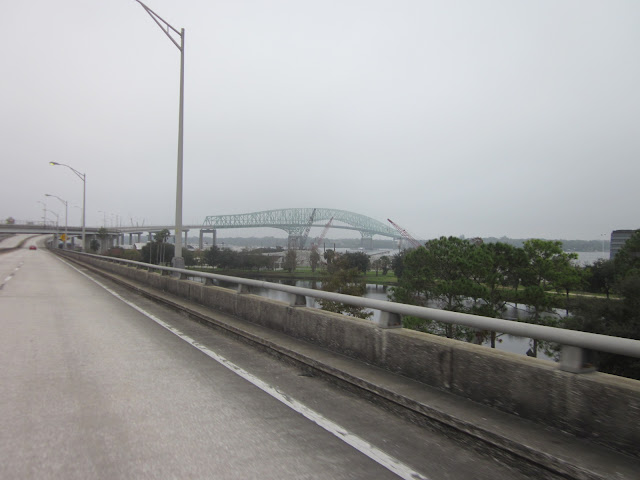 Heading to the Hart Bridge 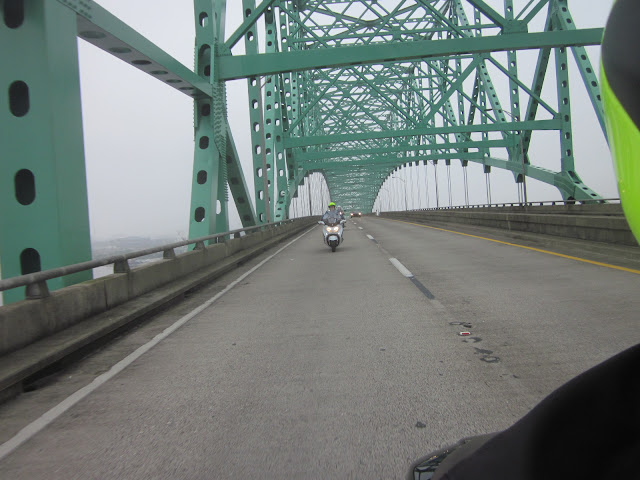 On the Hart Bridge. 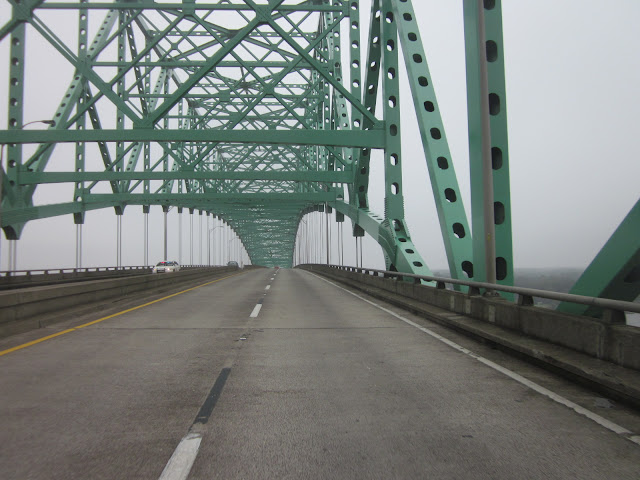 The big truss bridge with cables at the center span. 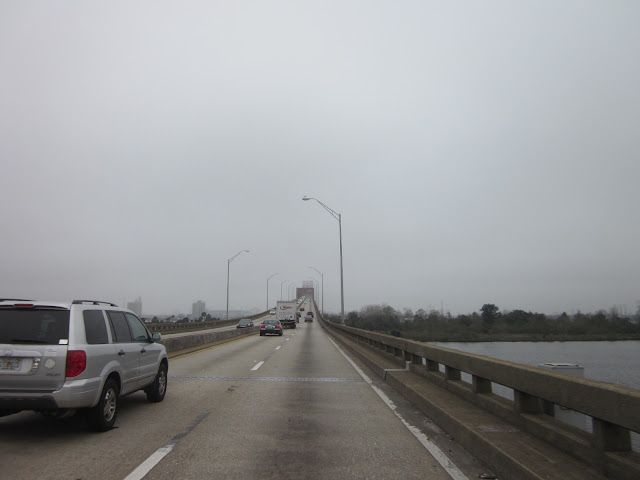 About to climb at the Mathews Bridge. 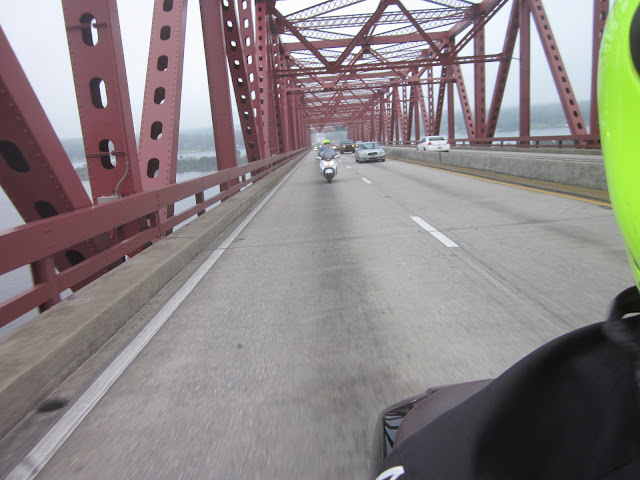 On the Mathews Bridge 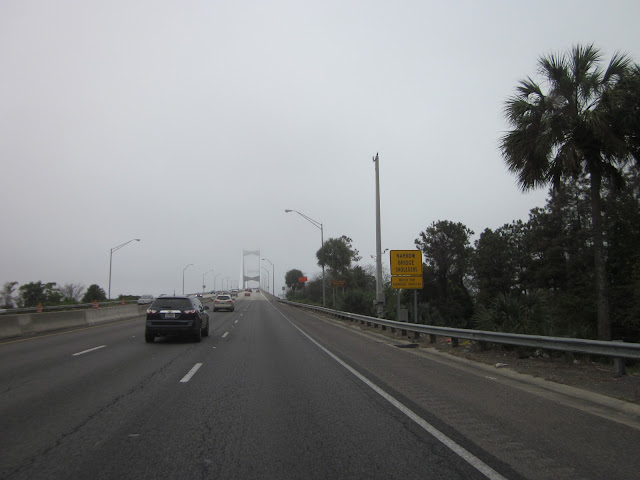 Approaching the last, and largest bridge, the Broward Bridge, commonly called the Dames Point Bridge.  It is a very large cable stayed bridge. 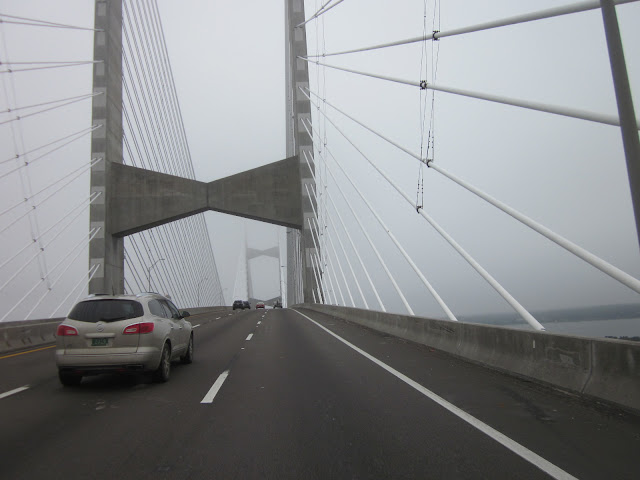 On the Dames Point Bridge. 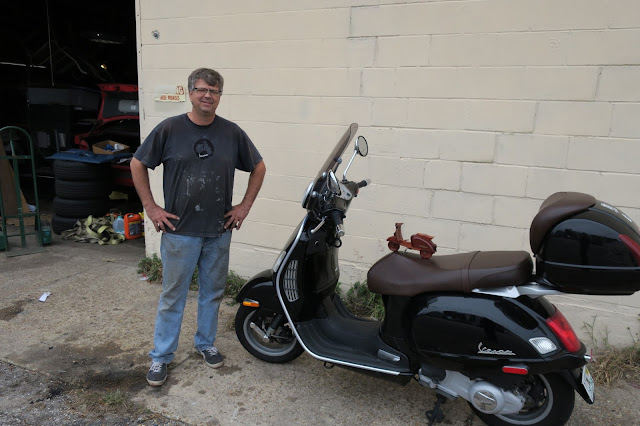 Back at the soon-to-be former scooter warehouse with Boris Loose, the best scooter mechanic around.  Boris is moving to Sanford near Orlando.  The 100 year old warehouse is in a fast growing part of town and will be demolished ti make way for apartments and retail soon.