A few scenes from

the Wet Coast.   It's February and we are having our usual winter weather which usually means rain.  It sometimes stops for a day or so between storms but our rainy season drags out from October to around May or June the next year. 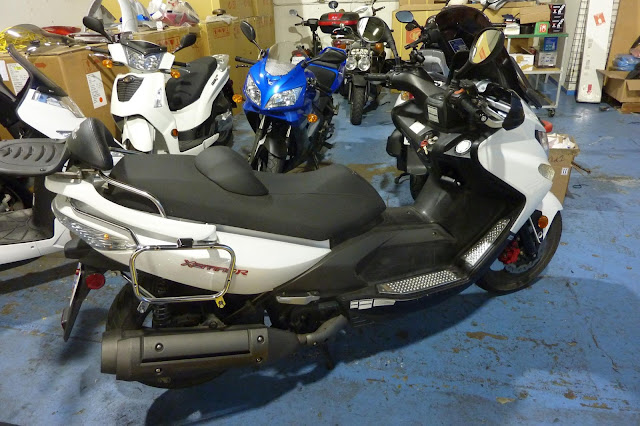 I saw my old scooter on the weekend.  I bought this Kymco Xciting 500Ri and rode it to Oregon in 2007.

I am having a lack of words day.  I prepared a long post about myself which I deemed too personal to expose to the world.  It all started with an innocent email I received last week which put me in stress mode.  I thought that it would be good therapy for me to "spill my guts" and then you would understand a few things about myself, why I care for people I like and why I am fast to form opinions. 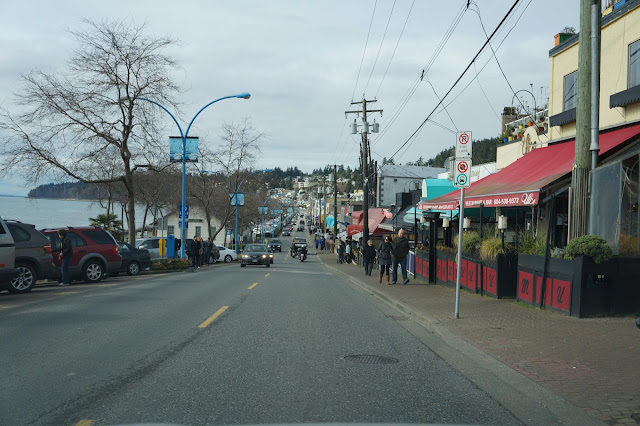 White Rock is a very busy place during the Summer.  Not so much on a cool winter's day 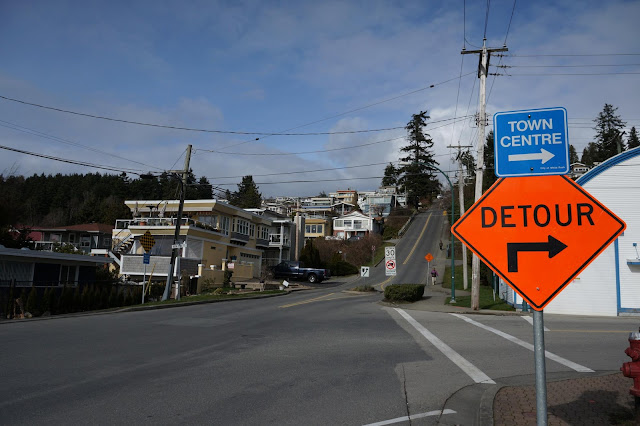 The Main business district is on top of the steep hill and many homes have an ocean view.  Although we are nearly an hour south of Vancouver, home prices are as much as they are in the City 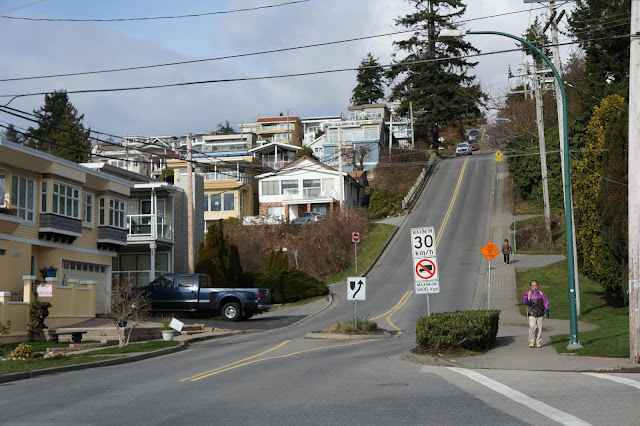 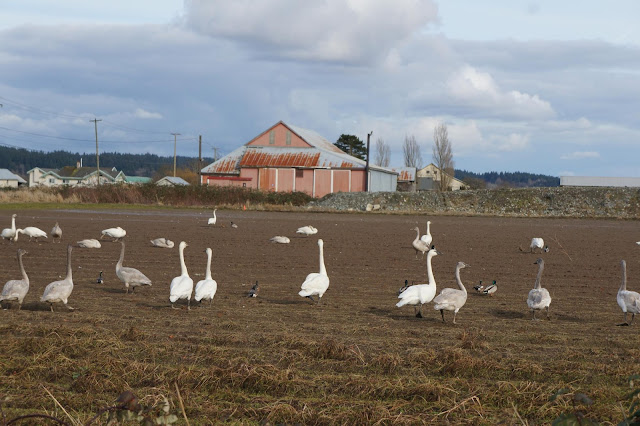 A few posts ago Trobairitz posted a photo of some geese, so I stopped for a photo too 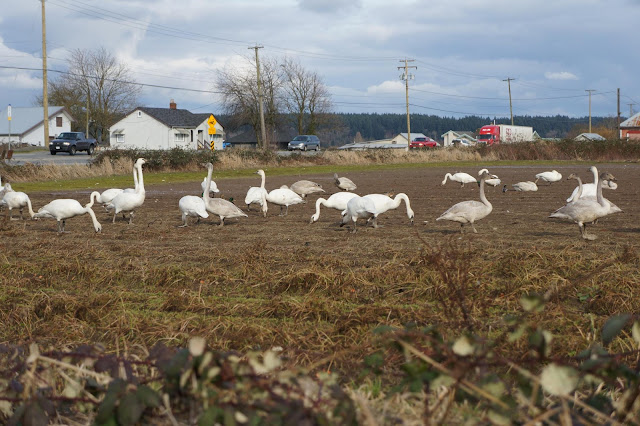 I have no idea why they congregate on some fields and not others.  Perhaps they are eating all the farmer's seeds 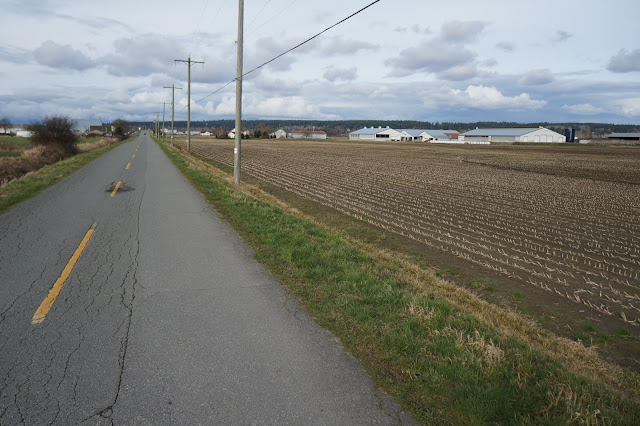 Unlike other parts of the country we have no snow nor frost.  I think Martha would feel right at home here.  I know she mentioned that she likes to play in the dirt 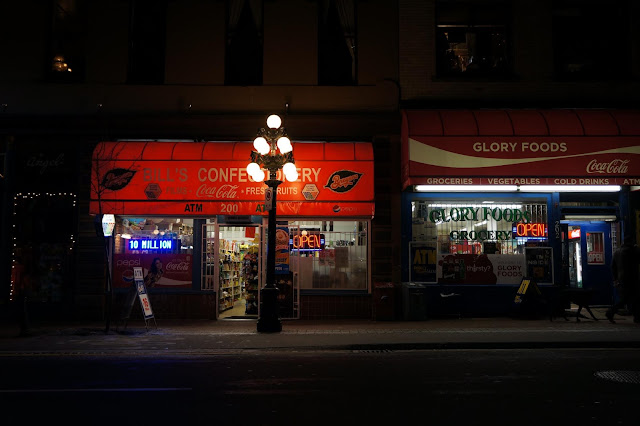 We had dinner in a not so safe area down in Gastown where parking is scarce and you have to be careful which streets you walk and make sure no one is following you.   Also make sure you have nothing of value which can be seen in your car. 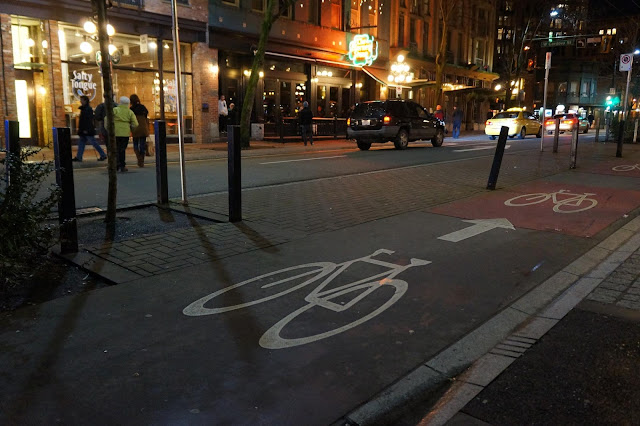 This is not to say that Gastown is dangerous but a block away is our famous downtown Eastside where residents of questionable character hang out on the street all night.   They have revitalized the area and there are many trendy eateries and pubs 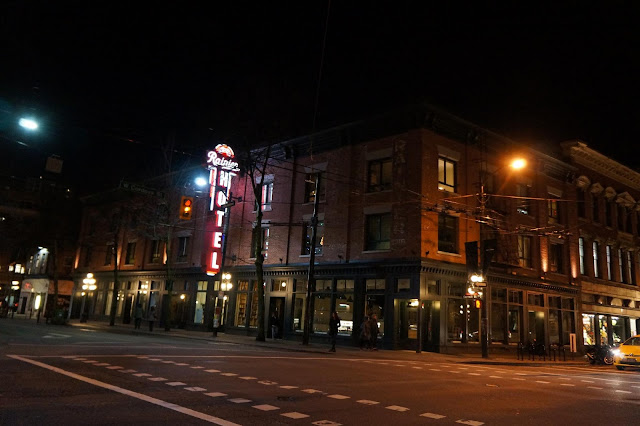 and also home to many seedy hotels and rooming houses.   A block or so away you will find people sleeping on the street using cardboard mattresses with all their worldly possessions usually in a grocery cart 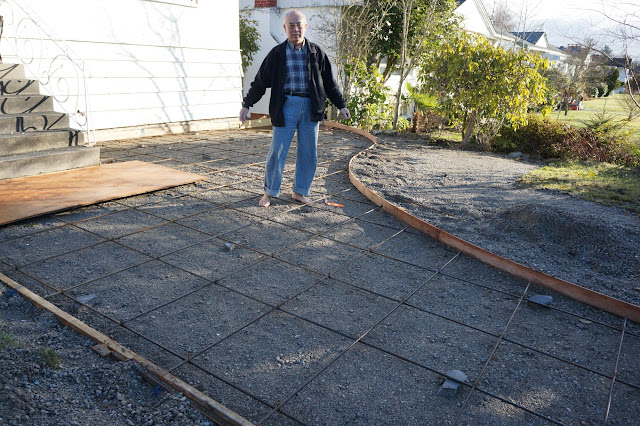 Richard,  no sidewalk yet.   Rebar is anxiously waiting for the cement to arrive

I can't ride my bike here as they have put "spacers" under the rebar grid . 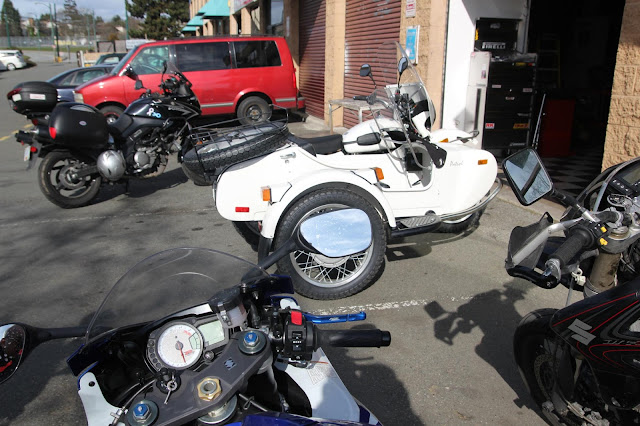 For some reason, I have been noticing a lot of Hacks lately.   This is a nearly new Ural Patrol 2 WD