I've picked up a malware

I've only been using my old new computer for less than a month and I have already picked up a malware called   home.sweetim .     I'm not a computer guru and I don't know how to get rid of it.  It has attached itself to google chrome and I wanted to use chrome because it interfaces with blogger and picasa.   I've deleted chrome and reinstalled it hoping that this would fix it, but it didn't.   I couldn't figure out why my i7   4 core computer was running slow and hesitating.   home.sweetin is something  like an adware type program and it is capturing all of my keystrokes and sending the information to big brother, somewhere.   I can't use Internet explorer because I had problems posting photos on my blog entries so I have resorted to using Firefox for now.

I think that I take more photos now, than I did before.  I was one of the last to accept the digital age and most of my older photos are still on negatives and all of my photos are stored in various boxes in "random" order.  I am not thrilled with the prospect of having to scan/digitize everything as it would take too much time to organize but I did come across some "oldies"

I did have a few bikes back in the early 1980's.   I bought a new 1981 Suzuki GS1100L which was one of the fastest production bikes back then but I wasn't riding very much and everyone thought it was too dangerous to be riding a motorcycle so I sold it and switched to sports cars.  I had a few MGB's and even a couple of Alfa Romeos;  a Guila spyder 1600TC, and a Veloce 2000 GTV.  With our seat belt laws and only two seats I could only drive these cars when alone so that's when I decided to switch again to full size convertibles with a rear seat.  Now I could bring the whole family in one car.  From there we progressed from a 1981 Rabbit cabriolet, a couple of Chrysler Lebaron's, Sebring convertible and Jeep YJ.   At one time we had 3 convertibles in our fleet.

Then one day I got the bright idea to downsize and get into riding again.    My plan was to buy a scooter for Mrs Skoot and then I was going to buy a motorcycle.   We looked at various models and she settled on a Yamaha BWS 49cc which we bought new in 2003 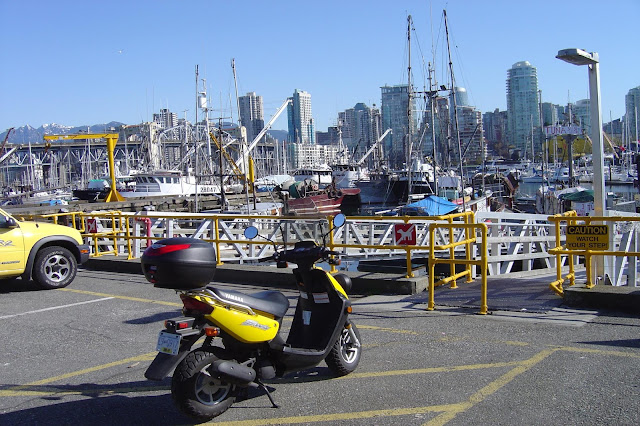 After riding it for about a week, Mrs Skoot said it was too tall for her so we had to buy her another one and my plan to buy a motorcycle was foiled.   We looked around and eventually bought her a "nearly" new Yamaha Vino 49cc 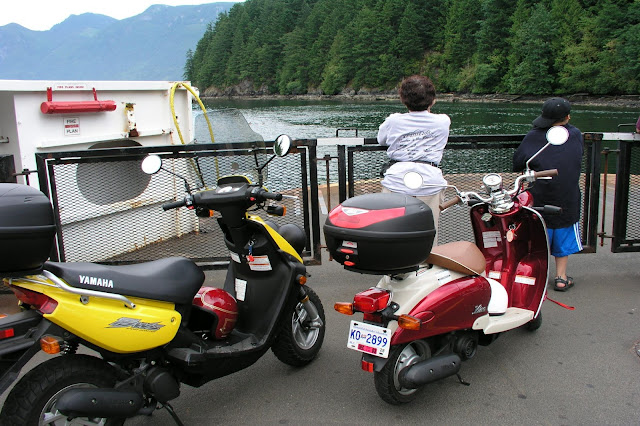 So with the motorcycle funds spent on having to buy the Vino, I had to put off my motorcycle purchase for another year.    Since I had been away from riding for a few years I decided to buy a smaller bike and ended up with a Suzuki GS400s to get my feet wet 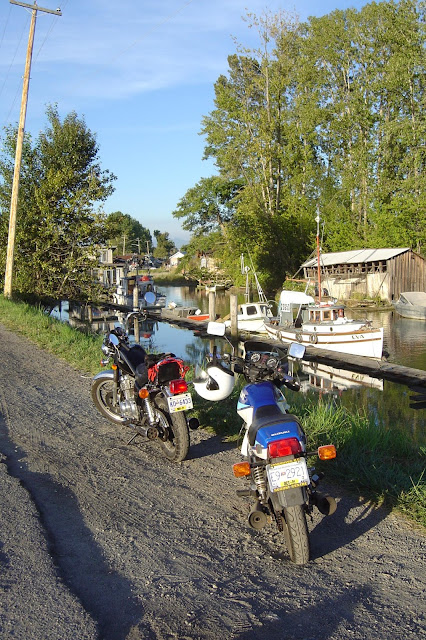 My cousin wanted to get into riding so he bought a  Honda CB400 and restored it.   In order to obtain a BC motorcycle license you have to take the Learner's written test, and then a MST: Motorcycle Skills test to show proficiency in a parking lot.   Then you have to ride with a Supervisor until you take your road test, so I was his mentor for a few months.    During this time you can only ride in daylight, carry NO passengers and keep off the highways 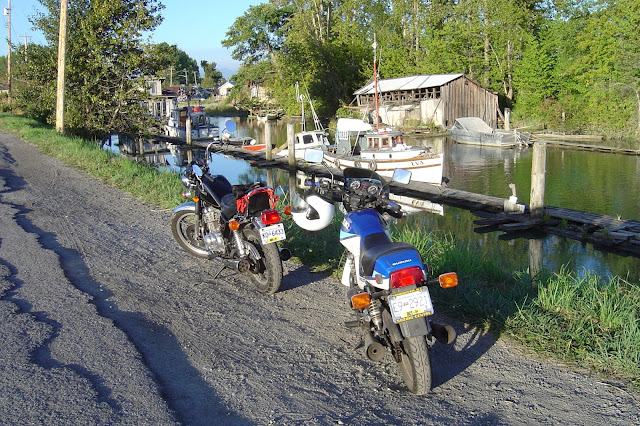 I don't seem to have many photos of this bike.   I suppose I was doing more riding than photographing.   I sold this bike in 2009 when I bought my V-strom


The following photo has nothing to do with riding.   It was taken late August 2004 when I was carrying our Grand-daughter.   She is nearly a young lady now . . . 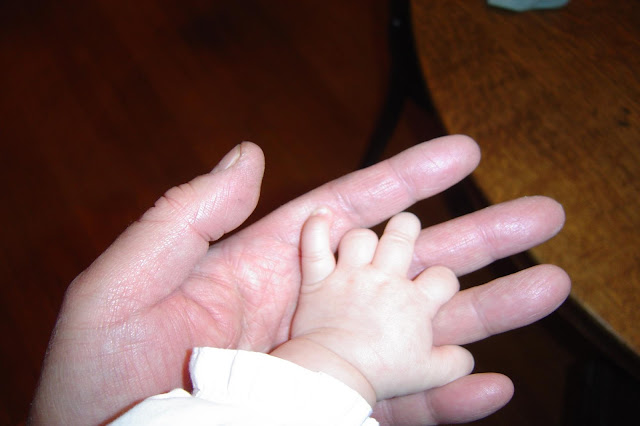