Martha: a greenhouse, and deep Doo Doo for me 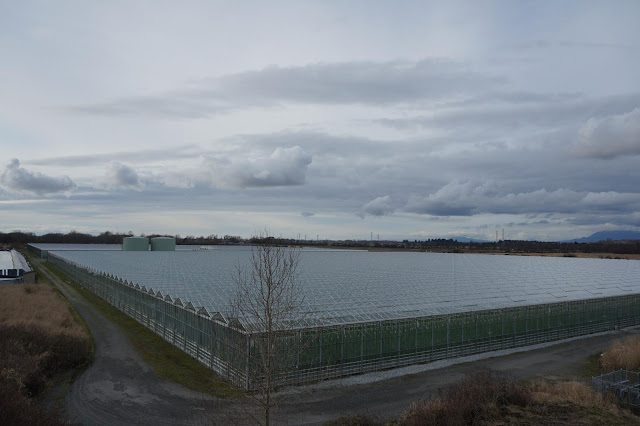 I don't know who owns these but they are massive and cover a big area.  I know they are gas heated with a central heating system 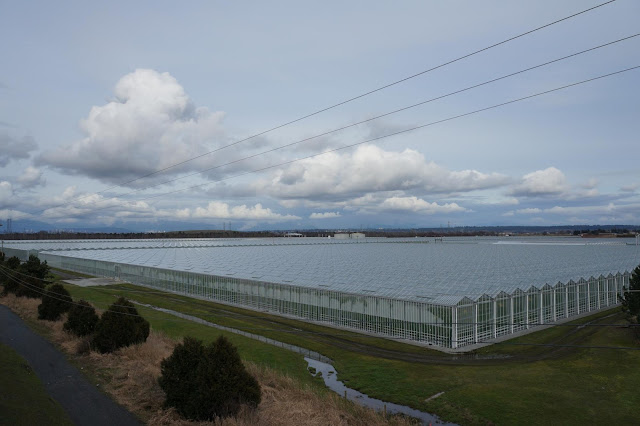 This is another large complex right across the street.  I would imagine this extends our growing season due to our colder temperatures 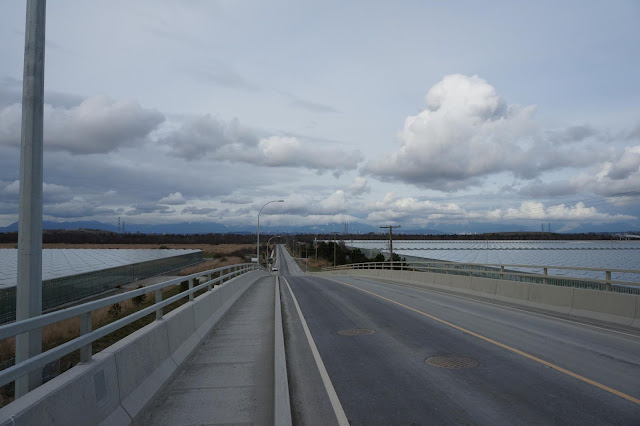 Most of the greenhouses we have here are on level ground so a photo would not show you much except for the frontage.   Now you can see how massive they are and how far back they go.   There is a complex on each side of this road

Martha, we have lots of these up here.   You wouldn't have to work outside anymore . . .


Yesterday I managed to go out for another ride.   My gate is not as wide as I wanted it to be but I managed to squeeze my bike out and soon I was heading south and hit the highway.   I went here and there, met a few people, talked to a mechanic, ordered some parts and fluid for Nu2Me, my R1200R Beemer and I ended up 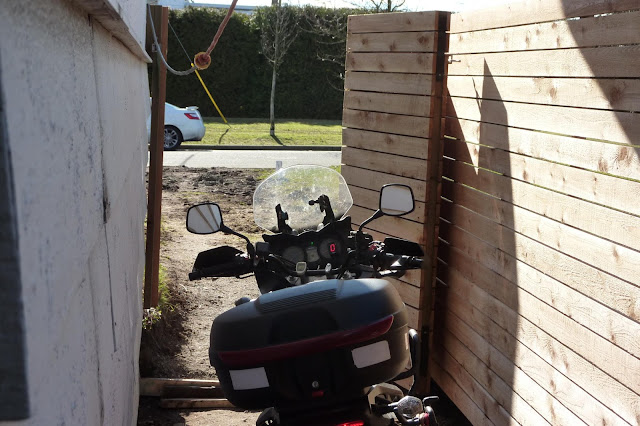 meeting a friend,  Benny  whom I often meet for lunch on Saturdays.   I parked my bike and went inside but soon other riders started arriving and he went outside to greet them .  He came back inside with a puzzled look and he asked me a strange question 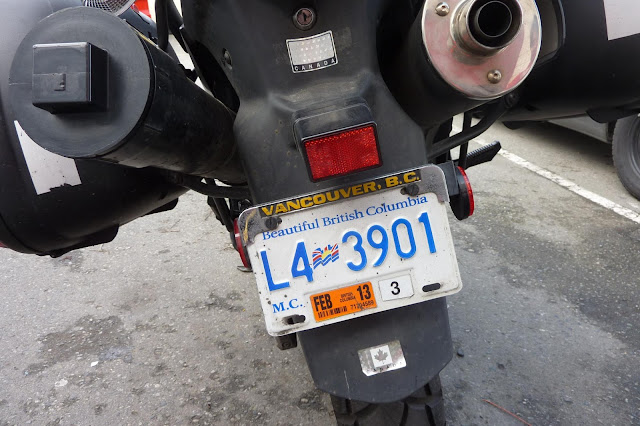 Oh Oh,  now I see what he meant.  Today was February 16th and my insurance had expired on February 3rd, but somehow I thought it expired sometime during March . . .

Now I'm in deep Doo Doo.   Here I was miles from home with expired tags and with no insurance . . .  I've been riding all day all over the countryside and  now I was stranded with no wheels

Karen has recently been playing "guess the motorcycle" from posted photos.  I don't have any neighbours called Ken but I do have this photo and I wonder if any of you know what this is from ? 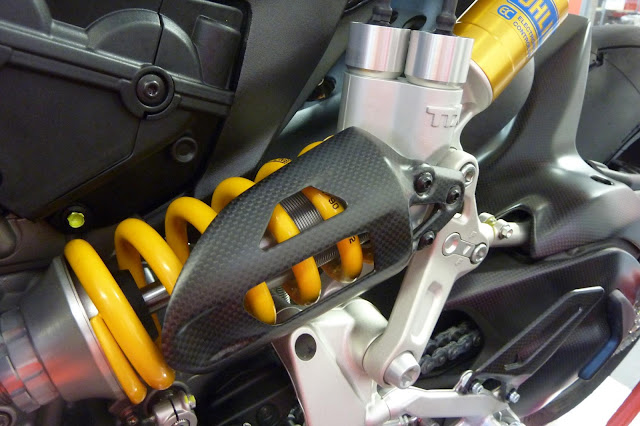 I hope some of you managed to get a ride in too.   We had record temperatures on Saturday.  I think it went up to 12°c  (54°F).  I managed to see a few riders enjoying the day