Another long riding day.  Left Fernley, Nevada at 7 am this morning 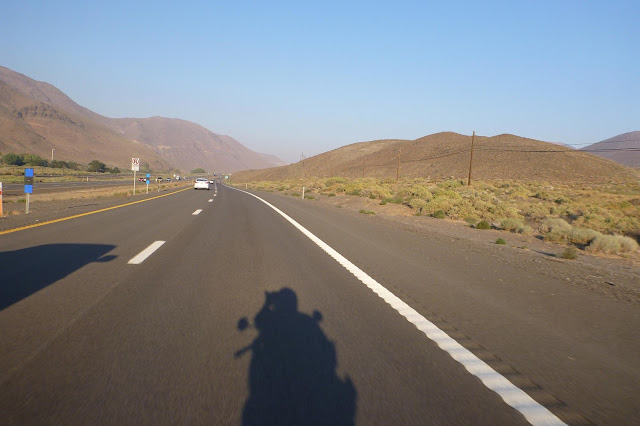 I changed my plans again.   Yesterday when I was scrutinizing my maps I decided to go north on 395 or 97 into Central Oregon and then head towards I-5 to make a shorter day.    As a last minute after thought I input an address into my Garmin and the eta showed 1:30p so I quickly decided to leave right away and stick with plan A, which was to ride from Coast to Coast.  From the Pacific to the Atlantic, then back to the Pacific just to prove to myself that I could do it.

Many things conspired to push that eta back to 4pm and then eventually to 5pm, and by the time I found my home for the night it was 6:30p.   All the roads I took had road construction with alternating one lane line-ups which chewed into my time.    Then that delightful road 299 west from Redding took over 4 hours because of several construction zones.   I had really wanted to ride CA36.  That was why I was rushing the past few days but my time ran out and I couldn't spare the extra time. 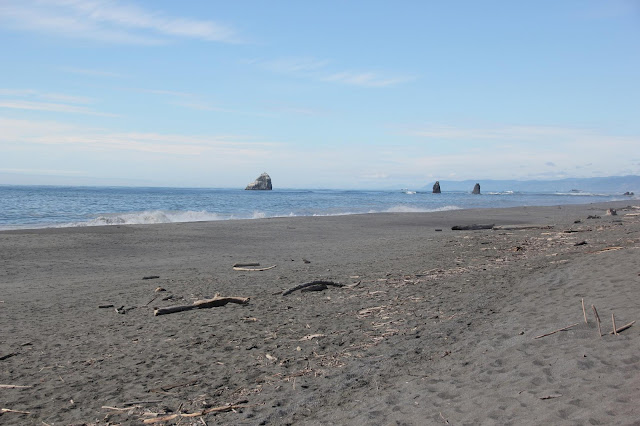 I eventually made it to Eureka, CA and this is the view of the Pacific Ocean about 20 miles north,  All day the temperatures were hot, up to 35C in Redding, CA when I fuelled up.   When I got a few miles from the Coast it dropped to a comfortable 21c 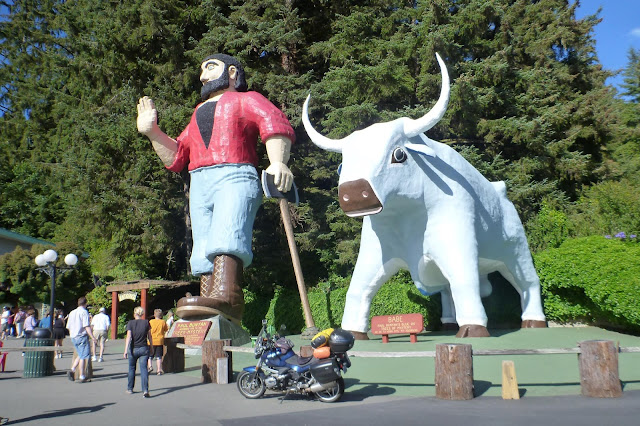 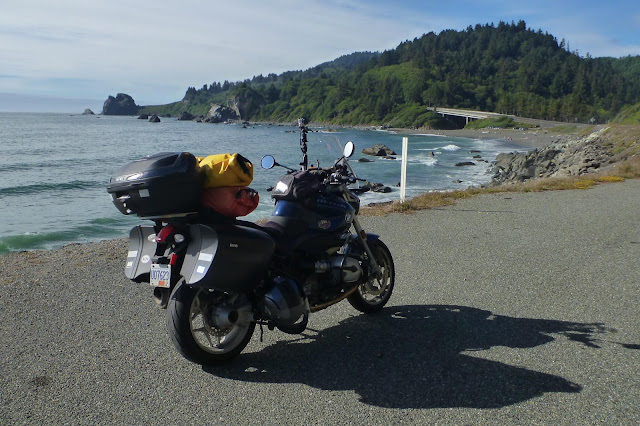 I decided to make my home for the night in Crescent City, CA.    I camped on the Atlantic Coast in Cavendish, PEI and now I am camped on the Pacific Coast in Northern California.  What a fitting end to my adventure this year which was to merely go to places which I had never been before.   This was also the first time that I had ever taken a long trip such as this and the plan was to not have a plan but it didn't always work out this way. 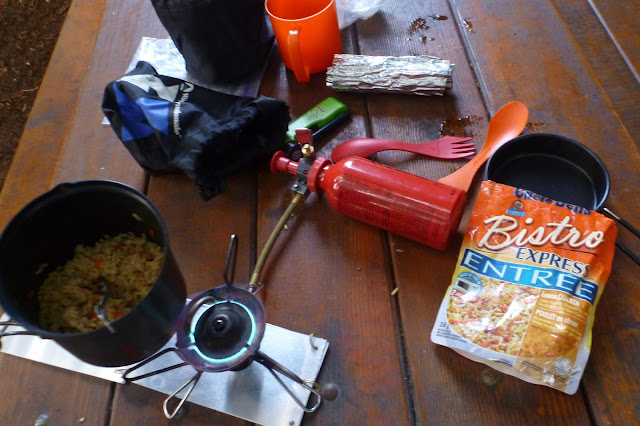 The campsite is not near anywhere and I didn't feel like riding so I broke open one of my emergency rations, and also boiled water for a coffee.   Internet is only available near the office and not accessible from the tent area so this is not so convenient for me as I like to cuddle in my tent and work on my computer 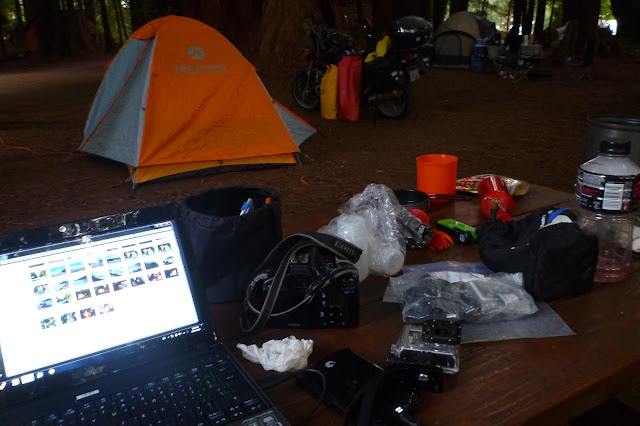 To make things easier I downloaded, resized and selected my photos first, from my camp workstation 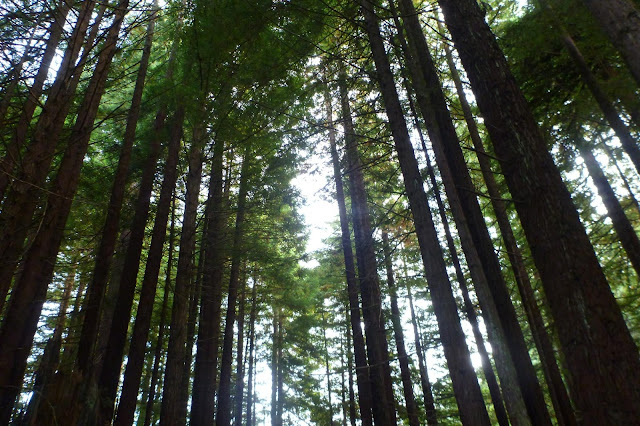 The tent area is nestled under the trees and this is my view for tonight.