Last Friday I tried to get an early start.  My alarm rang at its usual time 5:45am and I rushed to get packed up.   Lit up my MSR Whisperlite stove to start coffee and try as I might, I left a bit later than planned.  I had wanted to leave by 7am, but I was half an hour late 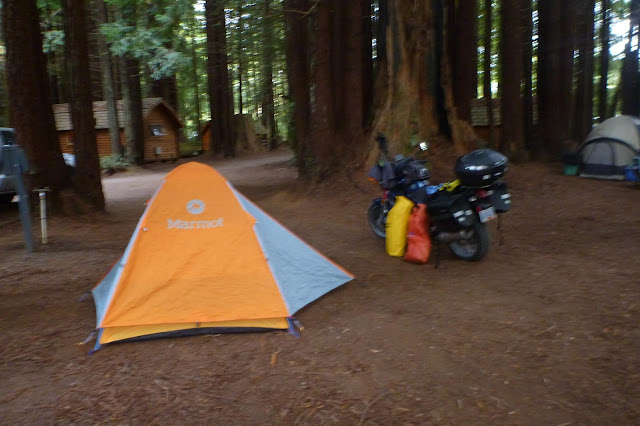 It started to rain a bit while I was riding up Hwy 101 but today was going to be a short day,  only a 7 hour day to get to my next home for the night 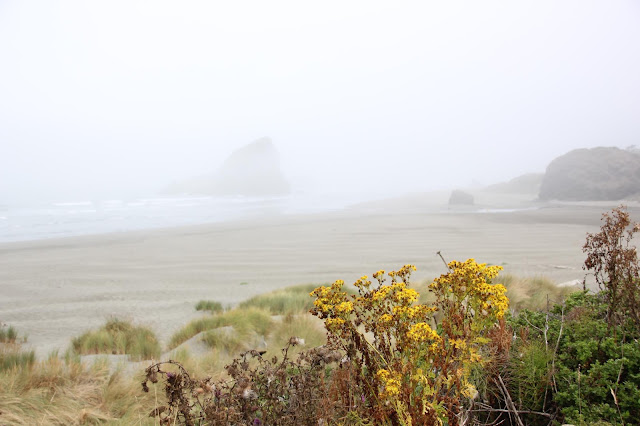 Since I was not in a rush today,  I stopped to enjoy the foggy view 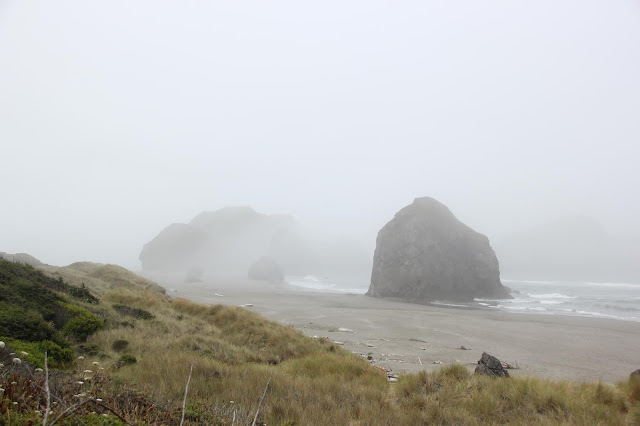 There was still a chill in the air and the heat had not burned the fog layer yet.   We are still on the Northern California coast, North of Crescent Cith but south of the Oregon border.    If I had more time I should have dipped my toes in the cold ocean water, just to say I did. 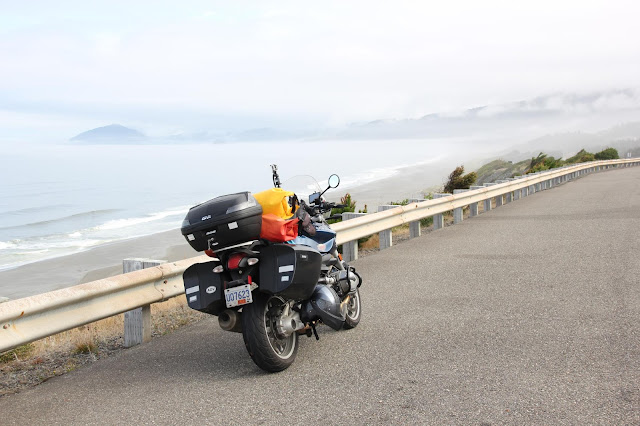 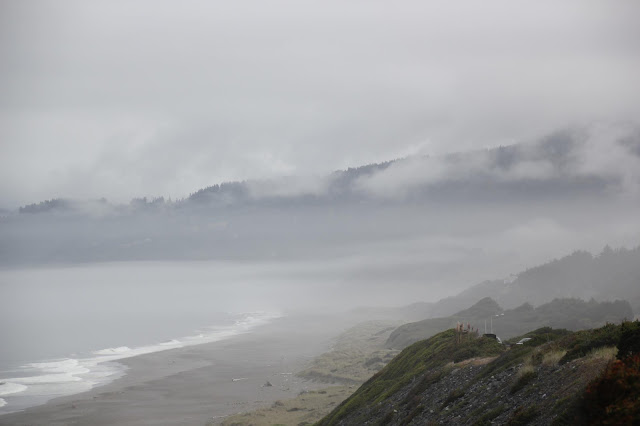 and farther ahead there was the classic layering of the fog shrouded mountains in the distance.  This day I decided to treat myself to a sit down breakfast instead of my usual breakfast sandwich in a little place called Port Orford 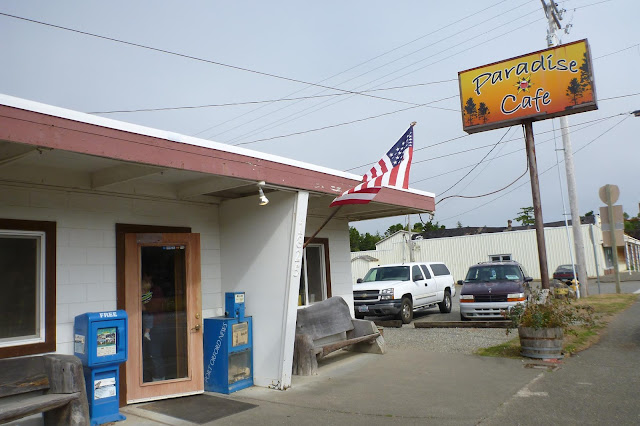 By the time I reached Oregon the sun started to shine and the mist was lifting to reveal a brightening day.  Here is one of my first views of the Oregon Coast 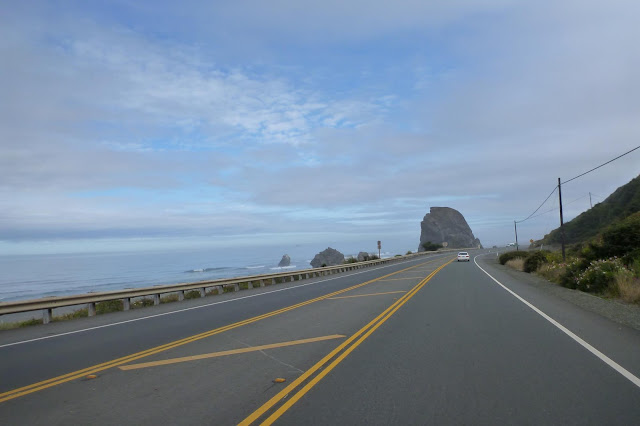 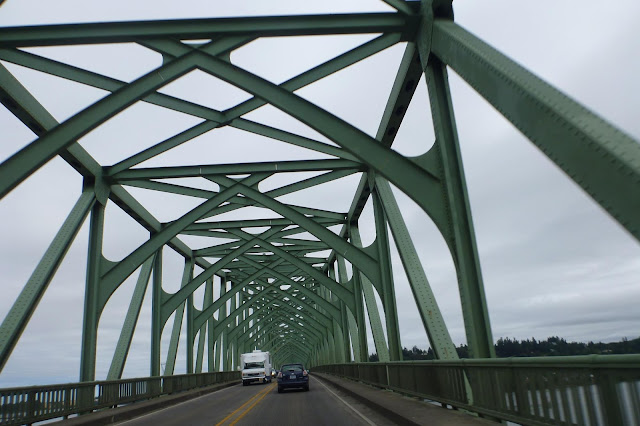 The ride was uneventful and I eventually reached Florence, OR and headed West towards Eugene to avoid the tourist traffic.   Little did I realize at the time that there was a big surprise waiting for me if I had continued north of Florence  .  .  .