The day started off early but I left late.   The plan was to pack up and get on the road by 8am.  I spent too much time fiddling with my stove trying to "cook" a package of instant oatmeal by boiling water 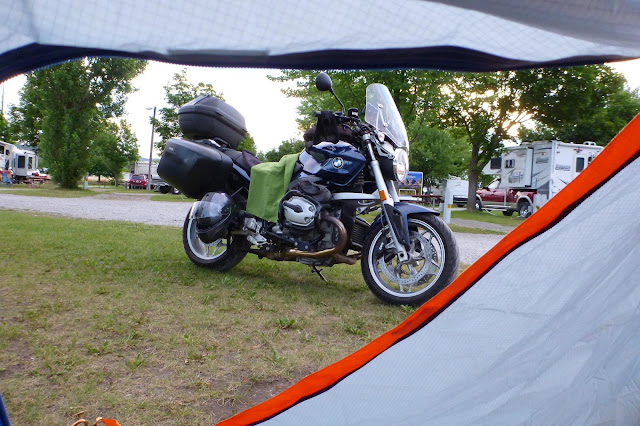 the weather started off perfect, not as hot as yesterday and I even brought a bottle of water 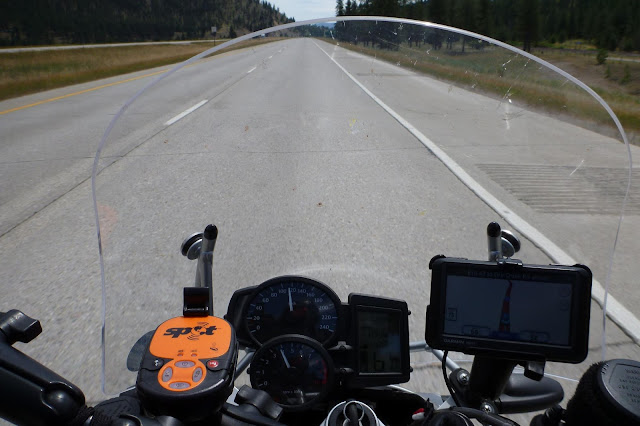 most of my day was looking like this.  I thought that I was well rested for for the first few hours I was nodding off and trying to keep my eyes open.  I even wandered to both sides of my lane but each time I snapped out of it just in time so I thought that had better find a place to eat.  I was trying to time it for noon so I kept riding 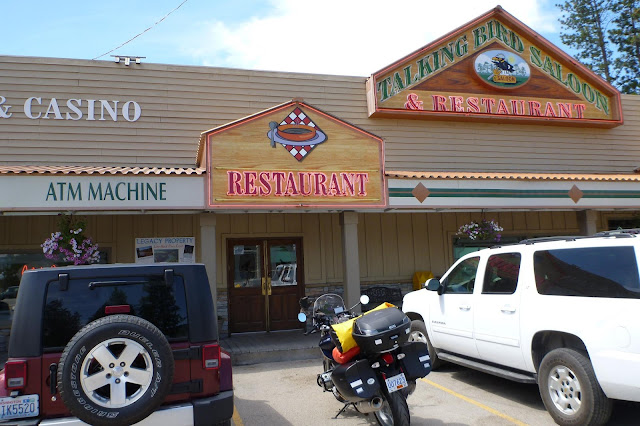 and it was around 11:30 am when I reached St Regis, MT.  I thought I would have an early lunch, but in fact I lost an hour when I crossed into Idaho.   For some reason when I am alone I don't feel like eating but I ordered the special of the day and some ice tea 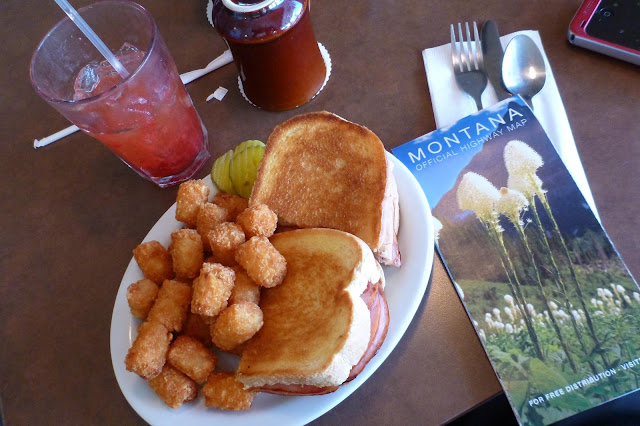 As hard as I tried I could barely finish half of the sandwich and left behind most of the tater tots, but I did drink two glasses of the iced tea.   Must have been dehydrated but I didn't feel it 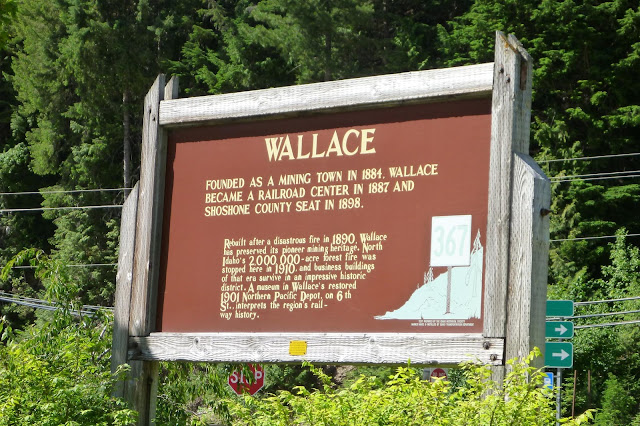 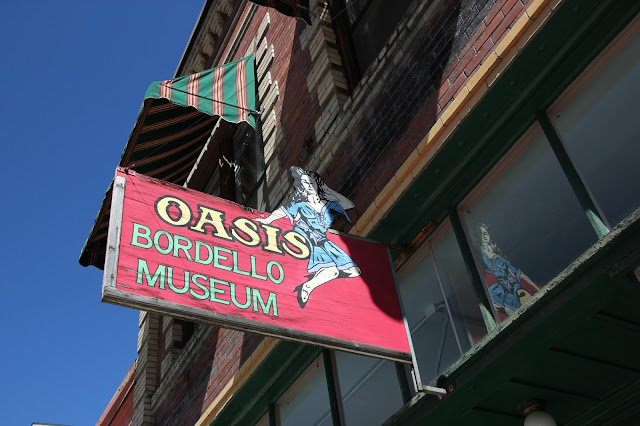 of course I had to go inside to investigate 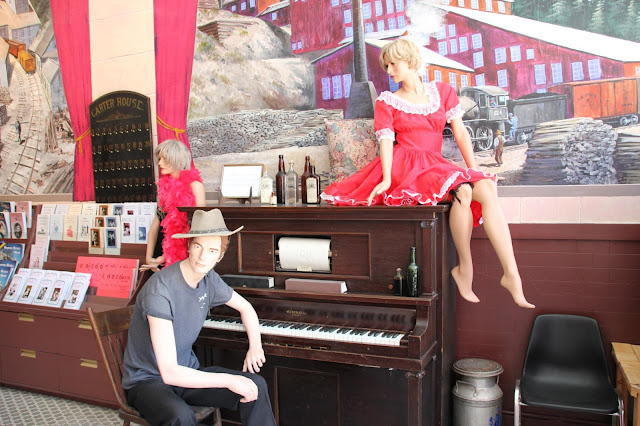 It's also a museum and they have "accessories" for sale too 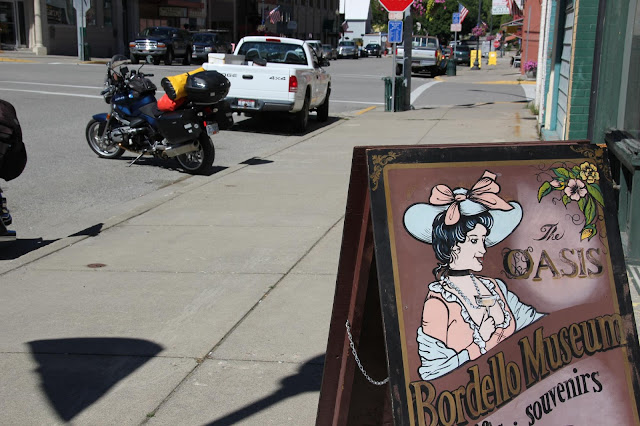 It looks like a neat place to spend a few hours, but I didn't have time today 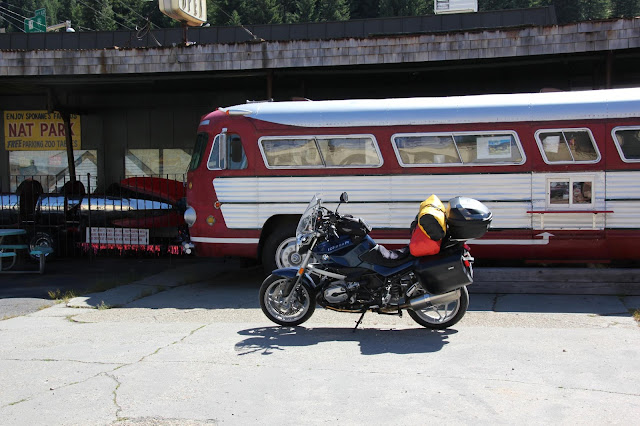 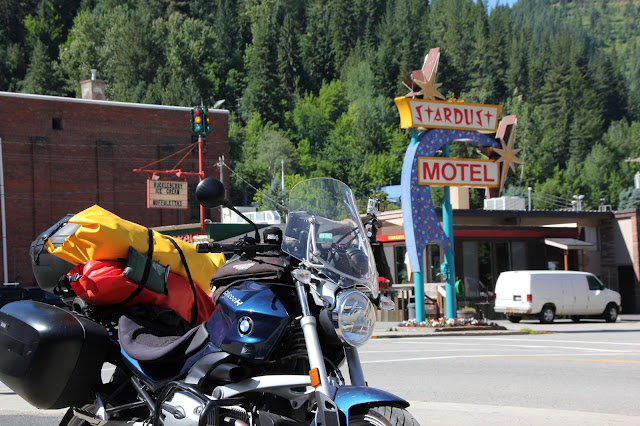 After I left Wallace the weather took a turn for the worse.  The last 100 miles or so to Bozeman was very gusty and the wind came without warning.   I got to make some unplanned lane changes so I had to be careful and lower my speed.  The usual speed limit in MT is 75 miles an hour and I was always at the upper limit until the wind came, then I reduced my speed to 60-65 miles an hour and cars were passing me like I was standing still 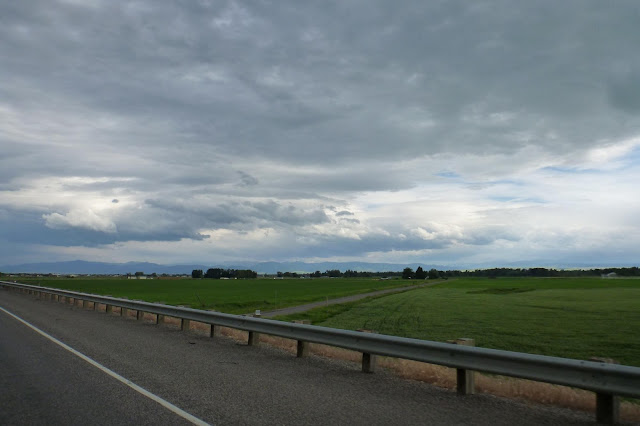 I could see the storm closing in from all sides and it did sprinkle a bit.  It was very hard to set up my tent as the wind was very strong 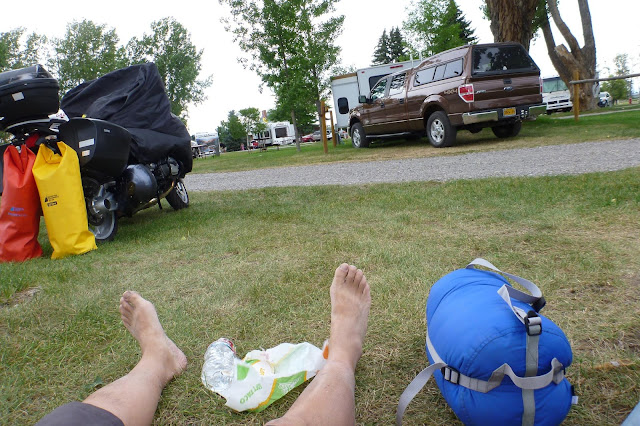 So I didn't wimp out, I passed a motel6 and thought about turning in but I continued on my way to my campsite.  Rumour is that we may get some rain overnight but I am really hoping not.  I suppose I would just have to roll up my tent wet and dry it out later