better WiFi tonight so I am only a day behind

There is a visitors centre along the Big Horn Scenic Byway with over looks over the narrow river gorge & the Shell Waterfall.   When I was there I met other bikers and I noticed their BC licence plates 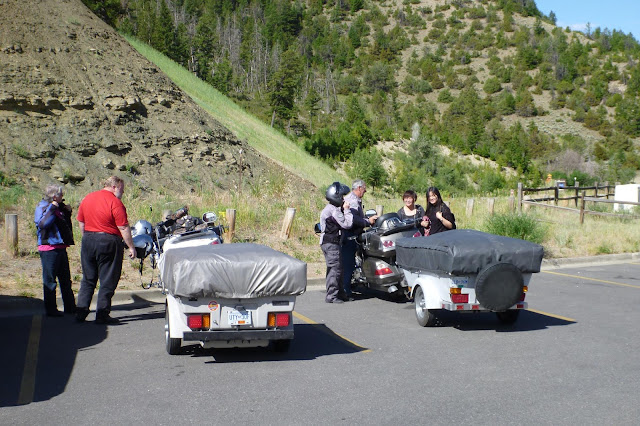 They were returning from a rally in Georgia.   Bikers everywhere are always in the mood to chat .  I have been getting comments about my irregular eating habits and lack of fluid intake so today I thought I would try to be healthier and even asked directions to the local market 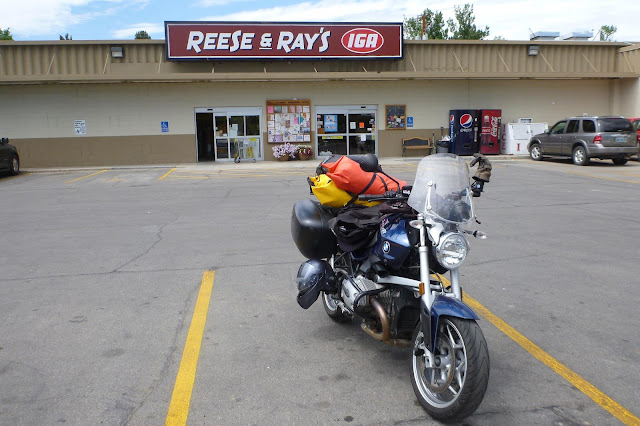 I left with some grapes and apples 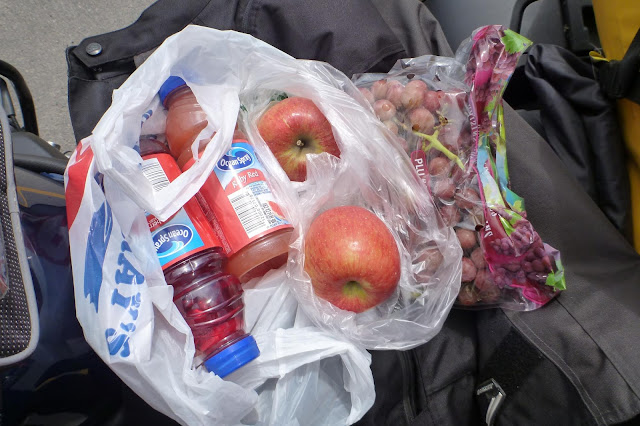 I know, Juice.  I love juice even though water is better.  Maybe I am dehydrated.  I guzzled the first bottle in one gulp.   I had every intention of having this for lunch but it was very hot in my riding outfit so instead of sweating in the parking lot I had the bright idea to stop somewhere and just sit in my shorts and eat then.  So off I went and I didn't stop anywhere.

They had free pancakes at the campsite and charged extra for the sausages and juice so that's all I had all day.  (I didn't even have dinner, more about this later) 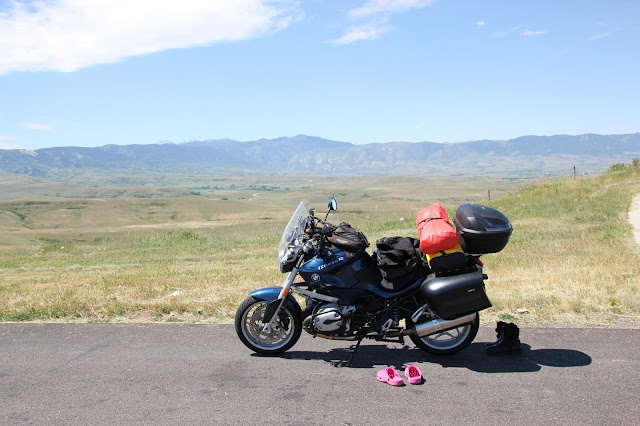 I was having trouble keeping my eyes open and the heat was hot so I had to stop somewhere but there was no shade.  I had a few gulps of my juice but didn't touch the fruit.  I sweat a lot in my riding boots so I needed some relief 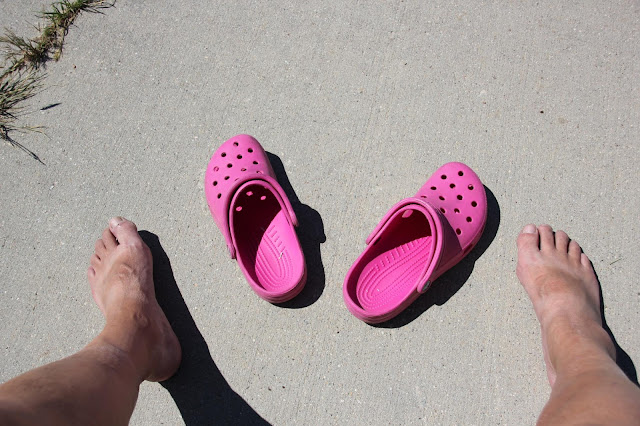 Soon I continued on my way north on 14 near Moorcraft 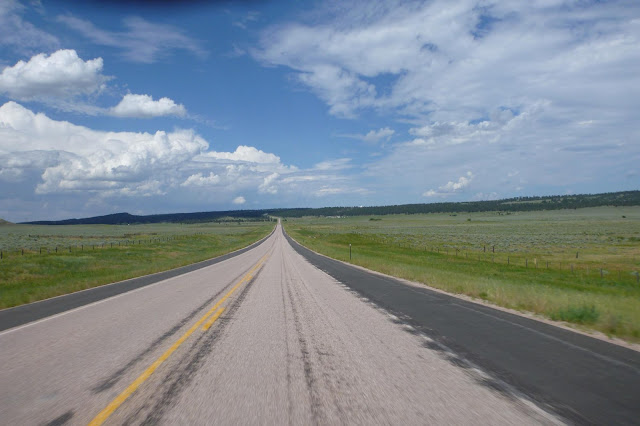 It was a nice, not so busy road and about half an hour later I reach my destination 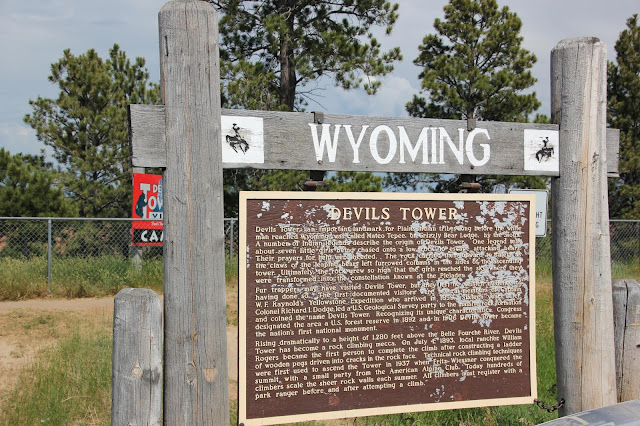 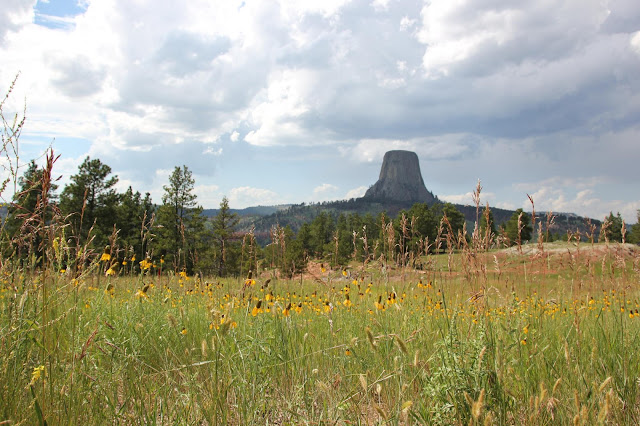 Of course I had to pose my bike too 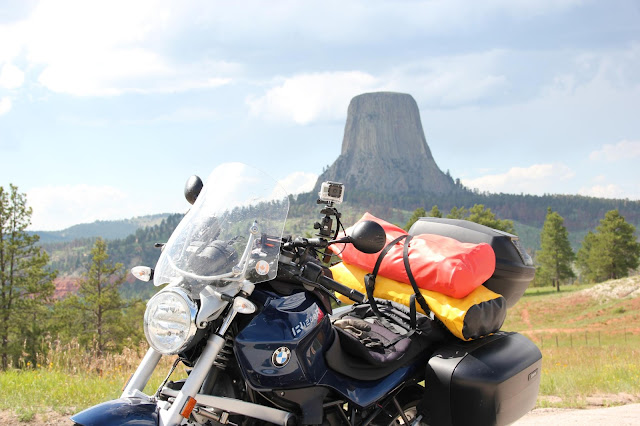 This was taken with my new Sigma 18-250mm Canon EOS lens.  I am really liking it.  Gives you a bit of compression for distance objects like the Devil's Tower 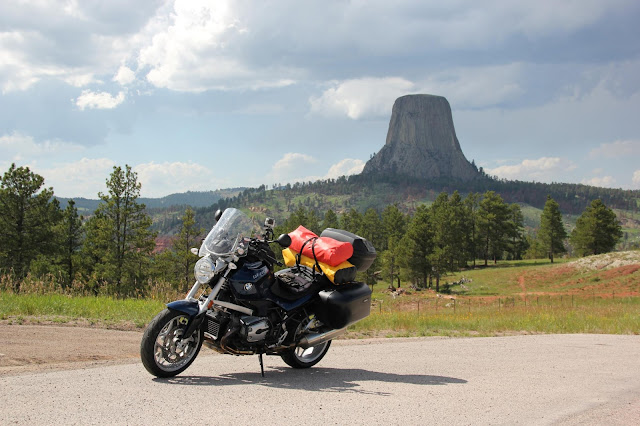 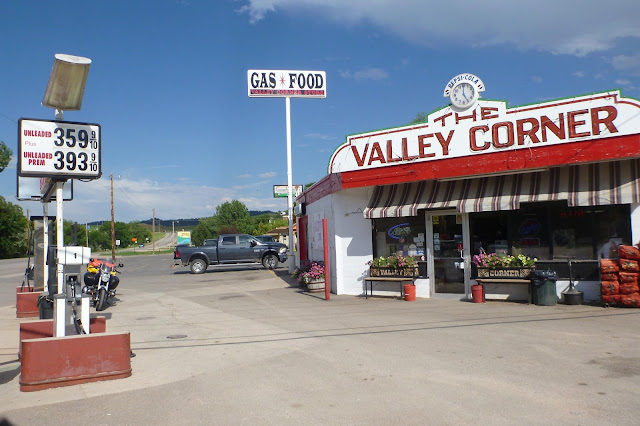 Nothing electronic here.  Mechanical pumps which you turn up the lever when you remove the nozzle.  I went inside to prepay and he said to just fill up and come inside to pay later.   Just like the old days 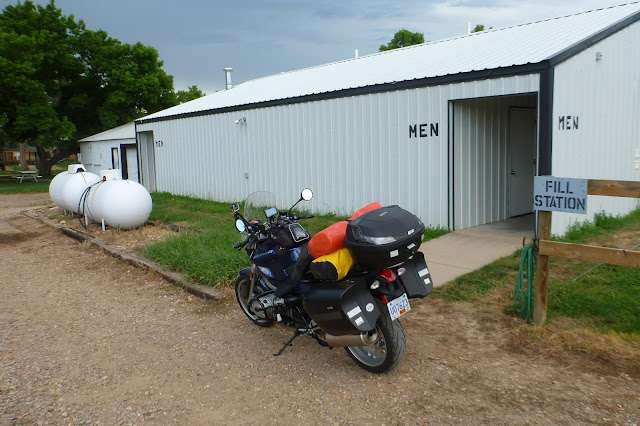 I know that Erik speaks highly of this place and I wanted to try it, but not tonight.  Erik has a link to Hyatt's Hideaway on his sidebar 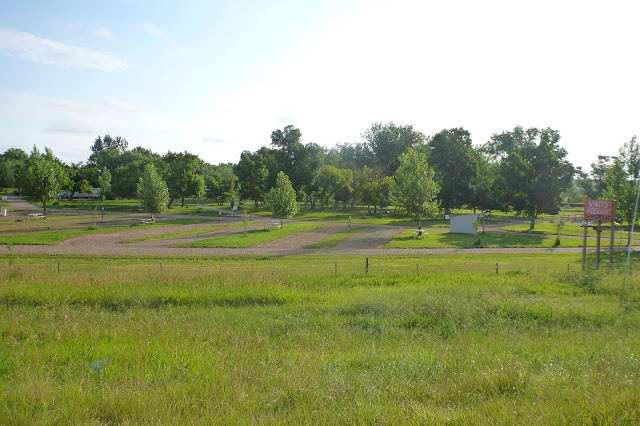 I head back 3 miles to Hwy 85 and stop at the first hotel on my left.   The girl tells me they are full and I notice the parking lot is full of bikes.  As I leave the torrential downpour begins and it also feels like hail.  My jacket, gloves and pants are soaked in seconds.  My rain gear is packed somewhere not very accessible.

I head down the street to the hotel on the right.  The lobby is full of bikers who had just ridden in.  I wait patiently for my turn and then the Girl tells me that they have just given out their last room 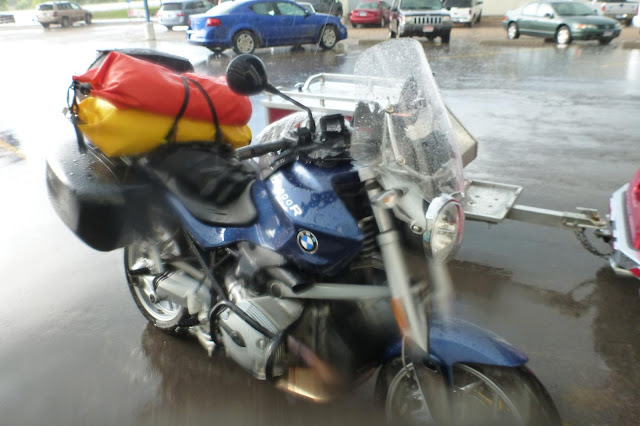 The raindrops are bouncing off the ground.   I have no choice but to head out in my soaked gear and I find a place up the street, lucky me 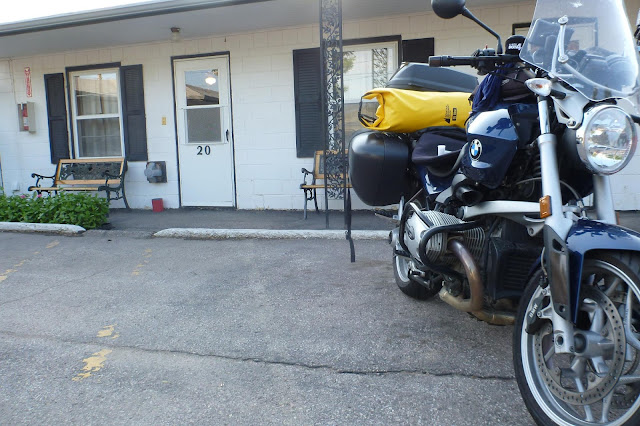 I just didn't feel like going out for dinner so I finished off my Grapes and apple and added two granola bars to the mix with the idea that I would start the next day with a good breakfast.